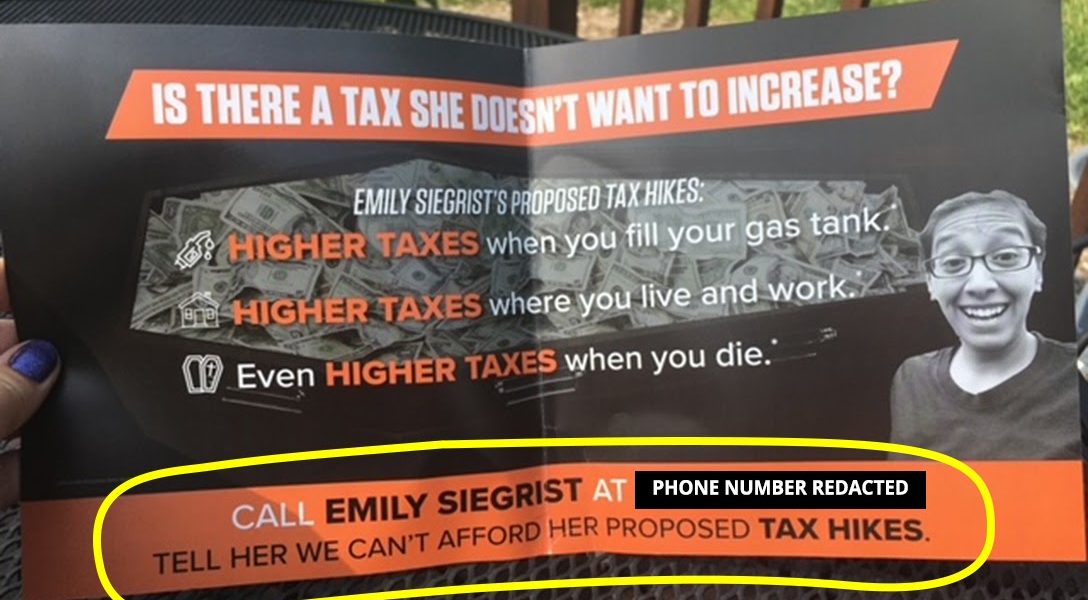 Doxxing Candidates in the Badger State

Two candidates were threatened with being shot. Another’s home address was posted on Facebook in a signal to constituents to confront her. Others had their phone numbers leaked by an influential business lobby.

Several Democrats and at least one Republican running in Wisconsin’s local races have been doxxed online and on television, with rhetoric rivaling the viciousness of the presidential contest in this battleground state. To dox someone means to release their personal information.

WMC bills itself as the largest and most influential business association in the state. The advertisement, which ran in Milwaukee’s TV market, criticized the Democrat for his endorsement from Citizen Action, an organization that supports progressive candidates and causes, including universal health care. It claimed that Plotkin would “raise your taxes to pay for his liberal policies” and “end private health insurance, force you onto a government-run plan and use your money to give illegal immigrants free health care.” The final frame suggested that viewers “tell Neal Plotkin we can’t afford higher taxes or his liberal policies” by calling his personal phone number. A spokesman for WMC told the Milwaukee Journal Sentinel, “It’s standard practice for the organization to include publicly available contact information for candidates and public officials on its campaign literature.

“While we do encourage Wisconsinites to connect with candidates and public officials to discuss important public policy issues, we do not condone any form of harassment or threats,” he told the Journal Sentinel. “These types of actions should be reported to local law enforcement.”

Darling’s spokesman, Bob Delaporte, said “the ad is not one that is from Senator Darling’s campaign. We have no control over those ads.”

Plotkin’s daughter called the move “a blatant attempt at harassment” in a Facebook post about the incident.

“I have no problem with political ads that highlight what a party deems to be downsides of a candidate. But including my father’s personal phone number with an instruction to call and harass him is over the line,” she said in the post. “These last few days, I have watched him answer several calls, hold the phone away from his face as he listens to a torrent of harassment, and respond with a polite and reserved ‘thank you for your call, have a good day.’”

Most of the callers told him his positions were terrible, that people in the district wouldn’t vote for him, and that his constituents don’t share his values, Plotkin said. Some went further. The worst of these calls was from a man in Menomonee Falls, who Plotkin said launched into an “expletive-laden description of my campaign and what I stood for. And during his verbal assault, he said, and this is a quote, ‘I hope that somebody actually shoots you.’”

“Most of the people who are making these calls, their intent is to be annoying and harassing, and I did call some municipal officials in Glendale and ask them about it. I called some former elected officials and asked them about it,” Plotkin said.

One of the officials he spoke with said the caller from Menomonee Falls was “smart enough not to make the threat himself,” reducing his potential criminal liability, Plotkin said.

In Wisconsin, it is a Class B Misdemeanor if someone “with intent to frighten, intimidate, threaten, abuse or harass, makes a telephone call and threatens to inflict injury or physical harm to any person or the property of any person,” or if a person “makes a telephone call, whether or not conversation ensues, without disclosing his or her identity and with intent to abuse or threaten any person at the called number.”

Although phone numbers, addresses, and other personal information about political candidates are public record, attack ads do not traditionally include them.

Plotkin, however, said he was not surprised about the inclusion of his phone number in an advertisement because he had heard that a similar doxxing incident happened to Emily Siegrist, a Democratic State Assembly candidate in District 24, which falls within the same Senate District.

Siegrist’s opponent, Republican incumbent Daniel Knodl, did not respond to requests for comment. Siegrist and Deb Andraca, a Democrat running in nearby State Assembly District 23 who also had her personal phone number released by the WMC, both told the Journal Sentinel they had been harassed. Andraca unsuccessfully filed for a restraining order against a caller who said he hoped “Antifa thugs” would shoot her.

Democrats aren’t the only victims of doxxing: in one case a Democrat doxxed her Republican opponent and herself at the same time. Melissa Winker, the Democratic candidate in the east-central Wisconsin State Assembly District 38 race, posted a picture of a voter guide published by the League of Women Voters that featured the home addresses of both her and her opponent, incumbent Barbara Dittrich. The post, which Winker later removed, said, “I take the role of a representative seriously. Your elected Republican representative HAS NOT met in session for over 6 months AND won’t answer questions from the League of Women Voters. #WhyWontTheyWork? #WhyWontSheAnswer?”

“The image was posted in its entirety, not wanting to deface the LWV printed piece and in order to share the compared responses: Winker’s detailed answers alongside Rep. Dittrich’s ‘No Reply,’” said Ann T. Lisi, a campaign staff member for Winker for Wisconsin. “We regret not taking the time to redact the address in the first place (and have since done so), since posting it had nothing to do with our purpose of sharing relevant news about where the two candidates stand on the issues.”

Responding to Winker’s post, Dittrich wrote, “Honestly, I am so busy serving the good people of the 38th Assembly District … that I don’t pay much attention to my opponent. But this crossed the line. When I had multiple people contacting me to complain about her post, I knew it was more than just another raunchy, insulting mailer.

“Rather than repaying evil for evil, I would encourage you to go early vote beginning today and make it known whether you think this sort of provocative, destructive behavior is what you want representing you in the Wisconsin Legislature.”

In a note on a second Facebook post about the voter guide, Winker wrote, “even though our addresses are printed everywhere and easy to access — I understand that this can make some uncomfortable. This was never my intent and I removed the post.”

Doxxing has also occurred on the national stage. In 2015, then-presidential candidate Donald Trump read Sen. Lindsey Graham’s phone number out loud during a speech after the South Carolina Republican called him a jackass. Graham responded by destroying his phone in a dramatic video and getting a new one and a new number, which he eventually gave Trump two years later to show they had reconciled.

The Wisconsin incidents have led local candidates to take precautions. Andraca told the Journal Sentinel she has stopped using her phone. Plotkin now screens his calls and uses other numbers, such as through Google Voice, to contact potential voters.

Plotkin said these episodes are “just an extension of what we’re seeing across the country.”

“Unfortunately in the climate we live in, some people take the elections personally to the point where they want to verbally assault the candidates, and that’s not right no matter who it is.”