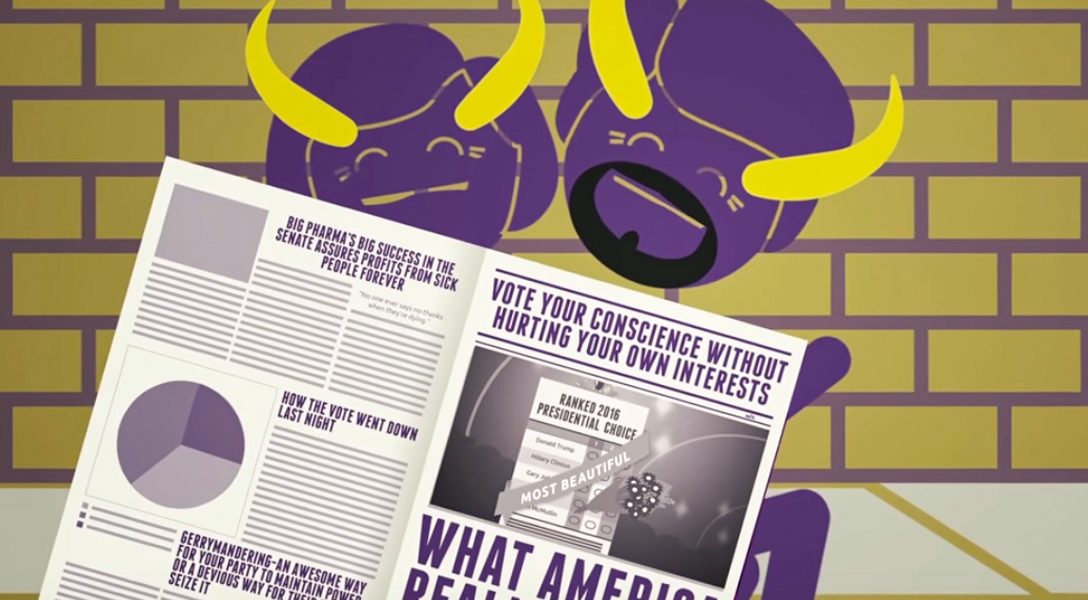 To the delight of those frustrated by first-past-the-post contests, an alternative voting system is promising to take voters’ actual preferences seriously — and it’s catching on.

Cities across the country are warming to the benefits ranked choice brings, and New York City could soon join their ranks, boosting the profile and potential of this alternative approach to elections.

It also could reduce costs for candidates trying to buck the system.

The success of ranked choice in New York could change the nationwide picture.

“It allows for a more civil campaign,” he added, explaining that when you might need the second-choice vote of another candidate’s supporters, the incentives to tear down the opposition are far lower.

Civility aside, advocates say that ranked-choice voting can also save cities money by doing away with costly primary and runoff elections. Bringing people to the polls two, if not three, times in a given election cycle draws heavily on taxpayer dollars, and few people show up three times. Ranked-choice voting can consolidate the whole process into a single vote, lowering the cost of running elections.

Public Advocate Letitia James in New York agrees. When she first ran in 2013, no candidate in the primary election won more than 40 percent of the vote — a requirement in New York to win party nomination.

So began the primary runoff election that cost the City of New York between $10 million and $13 million. “That is more than my budget, not just in one year, but in four years — my entire first term,” James said at a recent press conference on the ranked-choice voting proposal in New York. Turnout in James’s primary election was an anemic seven percent.

Moreover, runoff elections, like James’s in 2013, traditionally attract the whitest and oldest voter base. Ranked-choice advocates claim that a single election will not only increase turnout but also diversify the field of candidates, while bringing a more diverse electorate to the polls.

A recent election in Santa Fe, NM, supports this argument. After the city transitioned to ranked-choice voting before its most recent election, turnout jumped. According to FairVote, more people came out in an off-year election than ever before.

But observers agree that the long-term impact of ranked-choice voting on elections is not clear yet — because the sample size has been so small and opposition in many places remains strong.

Maine voters approved ranked choice in a referendum in 2016, but its implementation has been delayed because of resistance in the state legislature. Earlier this year the transition was finalized through a special petition process dubbed the “people’s veto.” In Tennessee, ranked-choice voting has been in limbo since 2008.

In New York City, the push for legislation targets the current Charter Revision Commission, which Mayor Bill de Blasio convened to evaluate changes to the city charter. The Commission will make public specific proposals on the issue, and many other matters, by Labor Day. The November 2018 ballot will include a referendum on the suggested revisions, according to Siebel from FairVote. Depending on what the commission decides, ranked choice could either shorten the primary election process or do away with primaries all together. Ranked choice could also serve as the basis for “instant runoff” elections, consolidating the primary and runoff process into a single ballot. Officials in New York City like Public Advocate Letitia James, Comptroller Scott Stringer, and Brooklyn Borough President Eric Adams have come out in support of such a system; all are likely candidates for the 2021 mayoral race.

Implementing ranked choice, though, does not happen overnight. Ranked-choice voting requires education and infrastructure to succeed — both of which have associated costs. Critics point to both the logistical burden and the challenges of changing voter behavior.

At a Charter Revision Commission hearing, one New Yorker doubted that the beleaguered local Board of Elections could handle the transition. “They don’t have the funds [to handle ranked-choice voting],” said Roxanne Delgado, who ran for office as a local representative in the 2017 elections. “They are just inept.”

Election officials have to create new ballots, and voting machine vendors have to amend the software that counts votes. All that costs money. But advocates argue that the savings from running fewer elections would far outweigh the costs of implementation.

The success of ranked choice in New York could change the nationwide picture. Right now, says Siebel of FairVote, election equipment vendors aren’t rushing to invest in hardware and software compatible with ranked-choice voting. But if the system comes to New York, that might tip the balance. “That’s a lot of people and a lot of voting equipment,” Siebel says.