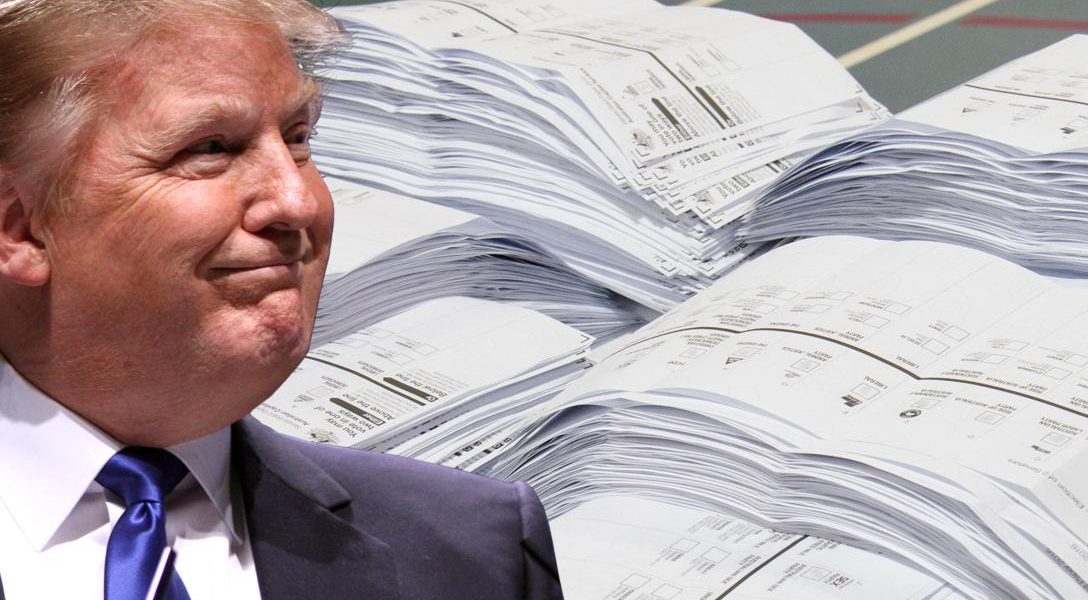 Why Is Donald Trump So Afraid of a Recount in Michigan?

Of 4.8 million ballots cast in the state of Michigan on November 8, President-elect Donald Trump won by a mere 10,704 votes. Do the math, and that comes out to just over one-fifth of 1 percent.

In such circumstances, a recount seems reasonable. But a recount that was to have started Friday morning is now on hold after Trump’s campaign filed a formal objection to the process Thursday. The State Board of Canvassers will consider the request at a Friday morning meeting in Lansing.

But hundreds of workers throughout the state, are ready and waiting to start counting. In Lansing, the state capital, Ingham County Clerk Barb Byrum sounded as eager as a race car driver revving her engine at the starting line. “I am in limbo and waiting for a green light,” she told WhoWhatWhy. She is planning to hire 50 to 70 people to hand-count 130,000 ballots in her county alone.

The objection from the Trump campaign can only add to the expense of the recount effort — though Jill Stein and the Green Party have raised millions to foot the bill. Trump’s team argues that the massive undertaking will not alter the result already certified by the State Board of Canvassers.

“Indeed, on the basis of nothing more than speculation, Stein asks that Michigan residents endure an expensive, time-consuming recount, and the scrutiny and hardship that come with it,” Trump’s petition reads, in part.

Messages left for Trump’s campaign director for the state of Michigan Scott Hagerstrom and communications director Tim Lineberger were not immediately returned.

“After a divisive and painful presidential race, reported hacks into voter and party databases and individual email accounts are causing many Americans to wonder if our election results are reliable,” Stein wrote in a statement on her website. “We deserve elections we can trust.”

A message left for a Stein campaign spokesperson was not immediately returned.

Workers are braced for a mind-numbing task, stretching from morning to night each day, right up until the December 13 deadline. Completing the task by that date will be that much harder now, since no matter how the State Board of Canvassers rules Friday, work scheduled for this weekend has already been canceled..

Byrum, the Ingham County clerk, said Thursday she had been ready to begin the recount, calling the effort “quite an undertaking.” Workers would be paid $125 for every 11-hour shift they work – 8 a.m. to 7 p.m. – plus lunch and dinner. With the meals ordered in, the crew will remain on site the whole time.

The task will be performed by 25 two-member teams, Byrum said. Though there is no state requirement, Byrum said each team will have one Democrat and one Republican, which she thought was “prudent.” Tables, chairs and equipment have all been rented, and the space had already been reserved at the county fairgrounds.

While the Stein campaign has already paid close to $1 million for the recount, estimates put the total cost of re-tallying Michigan’s 83 counties at somewhere north of $4 million.

“It is unusual that a candidate who received just 1 percent of the vote is seeking a recount, especially when there is no evidence of hacking or fraud, or even a credible allegation of any tampering,” Secretary of State Ruth Johnson said in a statement.

Unusual, but not against the rules. Stein attorney Mark Brewer told the Detroit Free Press that the law is clear, and that regardless of where a candidate finishes, he or she is free to request a recount.

“Just because Stein finished fourth, that’s irrelevant. I don’t think any of these objections have merit. It’s a stalling tactic,” Brewer told the Free Press.