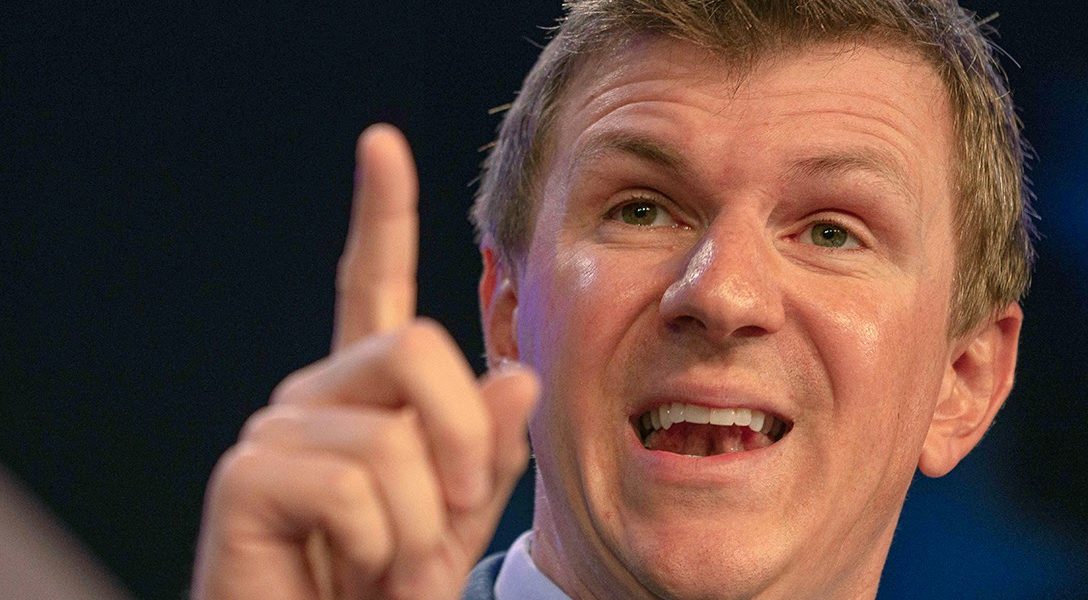 It was 11 years ago that conservative provocateur James O’Keefe and a female associate entered Association of Community Organizations for Reform Now (ACORN) offices around the country posing as a pimp and prostitute to secretly videotape the nonprofit’s low-level staffers responding to inquiries on how to avoid detection for a litany of illegal activities.

The heavily edited videos later appeared on Andrew Breitbart’s website and resulted in ACORN being stripped of its funding by Congress and its nonprofit status by the IRS, with the organization filing for Chapter 7 bankruptcy and dissolving in November 2010.

Despite the manipulation and deception, it was “mission accomplished” for the right-wing dirty trickster, who gained fame and fuel for future shenanigans to pull against the left.

Thus, the modus operandi of Project Veritas was born — infiltrate, entrap, and embarrass nonprofit community organizations that promote voting rights and help to register voters. Since then, approaching progressive organizations pretending to be someone you’re not while fishing for “gotcha” answers to leading questions regarding possible violations of election law, has become a vital part of the far-right playbook.

O’Keefe himself has continued to be a thorn in the side of progressive candidates and causes this year, most recently making headlines with a deceptive, unverified video released on Twitter that claimed Minnesota Rep. Ilhan Omar’s campaign had collected ballots illegally. The tweet was almost immediately retweeted by Donald Trump Jr., and there was speculation that the release of the video was coordinated with the Trump campaign.

In the battleground state of North Carolina, James Fortune, an O’Keefe wannabe who presented as a naive gym owner from New York looking to relocate his business to the Tar Heel State, seemed to show a keen interest in helping four nonprofits with sizable donations heading into Election Day.

Bob Phillips, executive director of Common Cause of North Carolina in Raleigh, thought it strange after two Zoom calls with Fortune that he was more interested in the ins and outs of donating money than finding a location for his new gym. He told Phillips that he had already given money to Democracy North Carolina and wanted to do the same for Common Cause.

“Then he asked, ‘If I were to give you $10,000, what would you do with it?’” Phillips recalled. “That’s when I turned to my colleague in the office and said we’ve got to figure out who this guy is. Real donors don’t ask questions like that.”

Across town, Angeline Echeverría, executive director of Fortaleza NC, a community organization working with the Latinx community around voting rights, began to have similar suspicions. She and a colleague were in the middle of a second coffee shop meeting with Fortune, who had already made two donations of $1,500 each to the group.

“He asked if we thought Fortaleza could be used to register undocumented people to vote,” Echeverría said. “That was the comment that prompted us to call the authorities. He clearly wasn’t who he said he was.”

When Echeverría compared notes with Phillips and colleagues at Democracy North Carolina and Advance Carolina, it was clear that Fortune’s business-scouting trip to Tobacco Road had a very likely intent: to produce a video that the likes of O’Keefe would be proud of.

She traced Fortune’s donation, which was wired from his “business partner,” Blue Sky Med Labs LLC, back to a Georgia political operative, Jason Boles. Boles is listed as a registered agent for dozens of right-wing causes and candidates, including QAnon supporter Marjorie Taylor Greene, the GOP nominee in Georgia’s 14th Congressional District. The tentacles reached as far as a former Trump administration deputy White House counsel, Stefan Passantino, who is now helping build a new pro-Trump coalition preparing for a potential contested election.

A month from Election Day, Fortune’s masquerade may not have produced the embarrassing video he was looking for, but it provided enough of a distraction to temporarily slow the work of the four voting-rights nonprofits. They are coming down the homestretch of an election year that has seen them furiously work to increase voter participation in a state whose Republican-majority Legislature pushed through a photo ID bill that led to an amendment to the state constitution that was passed in a 2018 referendum. A federal judge blocked the law for use in the 2020 election, saying in his ruling that it was at least partly motivated by racial discrimination.

“Our role right now is to promote voting in North Carolina and yet it’s like I’m on a treadmill and have stumbled off for a moment. This has taken our eye off the ball. So they accomplished their goal in a way.”

“The legislature sought ways to circumvent state and and federal courts and further entrench itself,” wrote U.S. district court judge Loretta Biggs. “The evidence suggests that minority voters are not just less likely to have an acceptable form of ID, but that the legislature excluded photographic ID that would have greatly reduced that discrepancy.”

A purple state with a Democratic governor and two Republican senators, the vote in North Carolina has been razor-close the last three presidential elections, with Barack Obama winning in 2008 by 14,000 votes, Mitt Romney in 2012 by 2 percent, and Donald Trump four years ago by 3.6 percent. Many observers believe the difference this year could be the state’s emerging block of Latinx voters, which has grown by 25 percent since 2010 to an estimated 219,000 voters registered currently. More than 164,000 Tar Heel Hispanics voted in the 2016 election, 59 percent of them opting for Hillary Clinton over Trump. The more than 1 million Latinx people who live in North Carolina make up about 10 percent of the state’s overall population.

“It’s hard to get people excited about voting anyway in the middle of a pandemic, but this just puts up an extra barrier to making sure our communities are fully franchised,” Echeverría said.

Phillips agreed. “Our role right now is to promote voting in North Carolina and yet it’s like I’m on a treadmill and have stumbled off for a moment,” he said. “This has taken our eye off the ball. So they accomplished their goal in a way.”

But Phillips and Echeverría aren’t alone. The Milwaukee Journal Sentinel recently reported that Project Veritas is hatching similar schemes across the country against voting-rights organizations, with a master template of posing as documentary filmmakers to gain infiltration like that being discovered in Wisconsin.

Fortune’s rogue strategy was a bit more creative. He even went as far as inviting himself on a daylong deep-sea fishing trip off the Outer Banks with one of the four groups’ employees to gain access. What followed was the first crack in the facade of Fortune, who claimed he was an experienced angler: After 12 hours of violent seasickness on the choppy Gulf Stream waters off Cape Hatteras, he returned to shore with nary a fish.

“Since we came forward with our story, I’ve heard from so many other groups who’ve experienced similar situations across the country,” Echeverría said. “This experience has really opened my eyes. I had no idea this kind of thing is as prevalent as it is.”

Democratic groups suspect that the whole thing could be the work of James O’Keefe, a right-wing activist whose group, Project Veritas, sets up sting operations to try to trick Democrats into supporting illegal activity and then posting videos of it. https://t.co/HCMyBuWdIF

Eric Heberlig, a political science professor at the University of North Carolina at Charlotte who researches money in politics, says the so-called “dirty tricks” used during the Watergate era often pale in comparison to what can be employed today thanks to cellphone videos and the internet.

“Ten years ago, the big innovation in this kind of thing was having trackers follow candidates around while making speeches and videotape them saying and doing things that would embarrass them or make them look ridiculous — like showing a candidate getting his hair combed by a staffer,” Heberlig said. “Now, with technology and social media the way that it is, there are so many different ways to change the meaning of something that happened you’ve recorded. And you don’t have to wait for some major media outlet to decide to run it. You just post it on YouTube as soon as you get a chance.”

What’s more, the legal ramifications for getting caught and charged in such schemes are few and usually result in nothing more than lofty fines if prosecution is pursued. The onus to vet  individual donors during a pressurized election season is on organizations with tiny staffs like the ones Fortune approached in North Carolina. Phillips’s Common Cause staff numbers eight, but Fortaleza and Advance Carolina operate on a shoestring with full-timers who can be counted on one hand.

“The incentive for them this close to an election is, hey, if we get caught but receive the outcome we want, let the chips fall where they may and we’ll sort it out after our guy wins,” Heberlig said. “It’s a challenge of the law itself. If legislatures can’t anticipate it, there’s no getting ahead of it. They see the risk versus the reward as worth taking.”

Moving forward, the North Carolina voting-rights groups say they plan to stay in touch more often and immediately warn the others if they come across something fishy.

“From now on we will vet as much as we can for donations of $500 and up,” Phillips said. “In hindsight, we would have immediately looked at the LLC upon receiving the donation and learned what we did learn — that it’s a Republican activist with ties to QAnon. We’re also going to have to get references more than we ever have for volunteers.”

Echeverría agreed. “We’re asking staff members now to be more cautious in the training of new volunteers who aren’t already tied to us in some way and are coming out of the blue with no referral. We’re reminding our people that you never know when you’re being recorded, and speak with anyone like you are being recorded from here on out.”

Meanwhile, the district attorney’s office in Wake County, which comprises Raleigh, is reviewing the incidents to determine if a criminal investigation is necessary. Fortune has disappeared and hasn’t responded to emails or texts — perhaps off to another battleground state on a fishing trip to entrap more progressive nonprofits.

North Carolina, once a GOP stronghold, is considered a robust battleground state in the election.

In addition to its increasing number of Latinx voters, North Carolina has seen the most widespread growth of jobs and an increase in young voters. As the state continues to change, Democrats believe they can obtain a blue victory.

Trump hopes to hold on to many of the rural counties that flipped from blue to red between 2008 and 2016, and he currently holds that support in places where farmers are looking for stronger trade deals. However his unfavorability in a recent ABC News/Ipsos poll stands at 60 percent.

Democrats hope to target large, rural minority communities who may feel they’ve been left behind over the past year.

The state has 15 electoral votes, which are up for grabs.