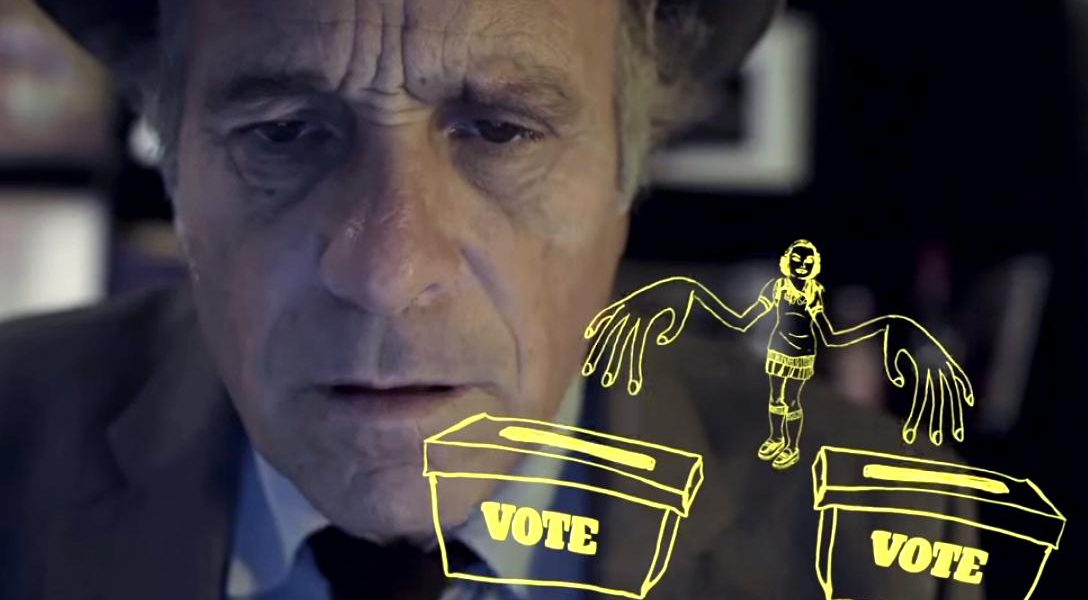 The Dirty Tricks of Election Thieves

Republican operatives have employed a series of “dubious practices” that will result in millions of eligible voters to be purged from the rolls ahead of the election, investigative reporter and filmmaker Greg Palast told WhoWhatWhy.

Among these tactics is the implementation of the “Interstate Voter Registration Crosscheck Program” that is used in 30 GOP-controlled states. Its stated purpose is to make sure that voters are not registered in different states. Supposedly, a strict methodology is applied to guarantee that eligible voters are not inadvertently included.

However, Palast claims the program is being used to prevent millions of likely Democrats from voting. In his new film “The Best Democracy Money Can Buy,” he details the “scams” used to steal the 2016 presidential election.

One such tactic is the “middle name match” that supposes voters switch their middle name to vote twice. These assumed “double voters,” are usually minorities according to Palast.

“It has a racial tinge that is very discomforting,” he said.

Another technique Palast describes is the “junior” and “senior” form of voter suppression. Father and sons with the same last and first name — despite the ‘junior’ and ‘senior’ designation — are also on the suspicious voter list. Theoretically, that would mean that “George W. Bush Jr.” and “George H.W. Bush Senior” could be on the list. However, it is dominated by names of minorities, such as Hernandez, Kim or Mohamad.

In his interview with WhoWhatWhy, Palast also discusses the effects of overturning a key part of the Voting Rights Act, the New York primary voter purge, and other forms of voter suppression.

Greg Palast is an investigative reporter whose reporting has appeared in The Guardian, and Rolling Stone Magazine, and have aired on the BBC and Al Jazeera. He is best known in the US for uncovering Katherine Harris’s purge of black voters from Florida’s voter rolls in 2000. His new documentary claims that partisan efforts are underway to jeopardize the rights of voters.

WWW: Hi my name is Daniel Engelke with WhoWhatWhy and we’re speaking today with Greg Palast about his new movie “The Best Democracy Money Can Buy.” Greg, tell us a little about the film.

GP: “The Best Democracy Money Can Buy” is all about the upcoming 2016 election — which is a crime in process. However, hopefully the film can bust the election stealers before November. Over a million votes are at stake. There is a lot of talk about “voter suppression” of minority voters, but when your car is stolen, it is not called “car suppression,” it’s called “theft.” So part of the film is about how voter theft occurs. The other part is who conducts the theft. People know the name “Koch brothers,” but they probably are not aware of Paul “the Vulture” Singer. Or JP the “Foreclosure King.”

WWW: There has been a lifelong commitment to exposing fraud in your career. Most notably exposing Katherine Harris’s attempts to exclude minority voters in Florida during the 2000 election. What have you noticed after all these years? Are the tactics becoming more sophisticated? Or is the electorate getting dumber?

GP: In a way, yes to both. The tactics are getting worse and we are almost belligerently ignorant of the official mass heist of votes. 2000 looks like child’s play compared to what happens now. Now the tactic is “Interstate Voter Registration Crosscheck Program.”

Crosschecking supposedly removes voters who are voting twice. So instead of arresting them — as voting fraud is a serious crime punishable by up to 5 years in jail — the people running Crosscheck are just removing voters from the rolls altogether. The list of these suspected fraudulent voters has over 7 million names.

“I heartily urge people to look up their registration. Don’t find out on Election Day that you’re ineligible. Every state and county allows voters to check their status online. It’s a simple way to defeat these systems.

WWW: How exactly does Crosschecking work? Shouldn’t the authorities crack down on so-called fraudulent or “Double Voters?”

GP: Of course they should. And they do — I’ve never heard of a judge not sentencing someone to jail for fraudulent voting. However, Crosschecking is not as sound as it may seem. Here is how it works: In 30 Republican governed states, lists with suspected fraudulent voters are being sent to the Secretary of State in Kansas Kris Kobach. Kobach claims to check their birth dates, social security numbers, everything that could prove if someone voted twice. If they “match” anyone, that person loses the right to vote in the upcoming election in November. 7.2 million Americans are suspected of voting twice.

But Kobach is not doing exactly what he claims. The voters that are suspected are people like “Maria Christina Hernandez” who voted in Virginia and voted again, apparently, as “Maria Isabel Hernandez’’ in Georgia. So Kobach and those concerned with so-called voter fraud think that “Maria Hernandez” is an “uncommon name” and that she is just switching her middle name twice to vote in separate states. 2 million voters are suspected of middle name mismatches like the Hernandez example.

WWW: So that is 2 million people, which is not insignificant. But that is not 7.2 million. What’s another popular tactic?

GP: Hundreds of thousands are “junior” and “senior” mismatches — meaning there is suspicion that a father and son are the same person. So “George W. Bush Jr.” and “George H.W. Bush Senior” would be on the suspect list. But people with the last name of Bush are not on their list. It’s only names like “Hernandez,” “Kim” [an extremely common Korean surname], “Mohamed” [also spelled “Mohammed” as well as “Muhammad”]. In fact, “Mohamed Mohamed” is the most common name in the world, yet almost none of them have the same middle name.

So in Ohio, there was a case of “Mohamed Obaid Mohamed” and “Mohamed Oiasis Mohamed.”  Both these people lost their vote because they are suspected of fraudulent voting. That’s how it works.

GP:  Yes, I went deep into Koch country in Kansas to confront Kris Kobach. He actually dodged me for a year. So I found out he was going to be hosting an ice cream social fundraiser for the Republican Party. I put one of those local news cubes with the number “4” over my microphone and ran over to shake his hand.

One of my tactics when confronting people is to start by shaking their hand and then refusing to let go. I confronted Kobach with the voter roll list that he thought was still confidential — he didn’t know that Virginia had accidentally sent us the list of suspected fraudulent voters. He refused to admit that the Crosscheck — that focused on the middle names catch of Maria Christina Hernandez and Maria Isabel Hernandez — could be part of his lists. That was impossible, according to him.

This system flagged 41,000 voters in Virginia. In Ohio, just short of half a million. In North Carolina, it’s a quarter million. All using the same tactics that we spoke about. So Kobach ran away. He did, however, call me a year later to admit the names could be on the list, but said “we didn’t tell states they had to purge these voters from their polls.” Uh-huh. WWW: Greg, this actually isn’t the only person you confront in the film. You actually sneak into a VIP party in the Hamptons to speak with Paul “The Vulture” Singer. That looked a little rough. How did you escape unscathed?

GP:  Well, fending off old people riots at ice cream socials is not as hard as one may think. Plus, working for news outlets like the BBC and Rolling Stone allows me a certain standard of security. Yet it is really my sources that are the courageous ones. Especially the ones in third-world countries.

These people are at serious risk when they give information. In Tanzania, a lawyer named Tundu Lissu really risked his life for me. George H.W. Bush was working with a private gold mining company in the country that was, in a word, bulldozing land when people were still down in the mines. There were literally independent miners — who had legal claim stakes to the land — being bulldozed over. Lissu wanted to go public with this information and thus told me. He was charged with sedition by the government and his law partner, who was an MP in the government, was beaten up. Their law office was also destroyed. It’s not me that’s in danger, it’s my sources.

WWW: You also mention the “Inactive” Voter phenomenon in the film. Didn’t we see something about that in the NYC Primary vote?

GP: That’s another one of the scams. It’s the catchall way to knock off voters under federal law. In Brooklyn, 126,000 people showed up to vote but found out they couldn’t because they were deemed “inactive” voters. So they were given something called a provisional ballot, or affidavit ballots in New York. Voters are deemed “inactive” if they missed either one or two federal elections — a presidential or midterm. So they’re given an affidavit ballot under the promise that the person voting is actually who they say they are. In the old days, these affidavit ballots were counted. Now they are stuck in an envelope and thrown away.

WWW: Is there anything that didn’t make it into the film?

GP: One of the things I was so sorry to take out was something that occurred right after the Voting Rights Act was overturned in 2013. Within hours after the decision, Alabama passed a law that said voters had to have a state-issued ID from the Department of Motor Vehicles. This means a driver’s license or non-driver’s license — a real task for someone in rural Alabama who can’t drive to the DMV.

But that’s nothing. What the state did was to close every DMV in what they call the ten “Black Belt” counties — as you can guess, these are primarily African-American counties. So not only could voters not get the ID, they couldn’t even get the forms.

WWW: What do you think is the most egregious example of voter suppression?

GP:  Well, they are all pretty nasty, but especially Crosscheck. However, there are also others. For example, Voter Caging was a pretty bad scam. Karl Rove and the Republican Party used to send out voter documents to minority soldiers stationed abroad and students during summer recess. When the documents came back as “undeliverable,” Rove and Republicans would claim this was proof these of fraudulent voters and those voters would be knocked off the rolls. There would be 50 letters addressed to “Naval Air Base” in Jacksonville, Florida and there were claims that it was a fake address because soldiers are supposed to vote from their Army Post Office (APO) rather than the base their stationed at.

WWW: Do you think this happens on the Democrat side?

GP:  Well, I certainly think that if there were less shenanigans like we saw in NYC and California, there would be a different Democratic party. Thus, the Democratic party does not fight very hard for the so-called right to vote. They know if everyone were allowed to vote, a lot of incumbents would lose their seat. The Democrats are silently complicit in vote theft, if not active.

WWW: Last question: Can the public save this election or is it already lost?

GP: We can absolutely save this election. Remember when we talked about voter caging? When I broke the story on British television, the ACLU went in and blocked the Republican Party from continuing the scheme.

Also, I heartily urge people to look up their registration. Don’t find out on Election Day that you’re ineligible. Every state and county allows voters to check their status online. It’s a simple way to defeat these systems.

From WhoWhatWhy: To see a teaser for “The Best Democracy Money Can Buy,” please go here.