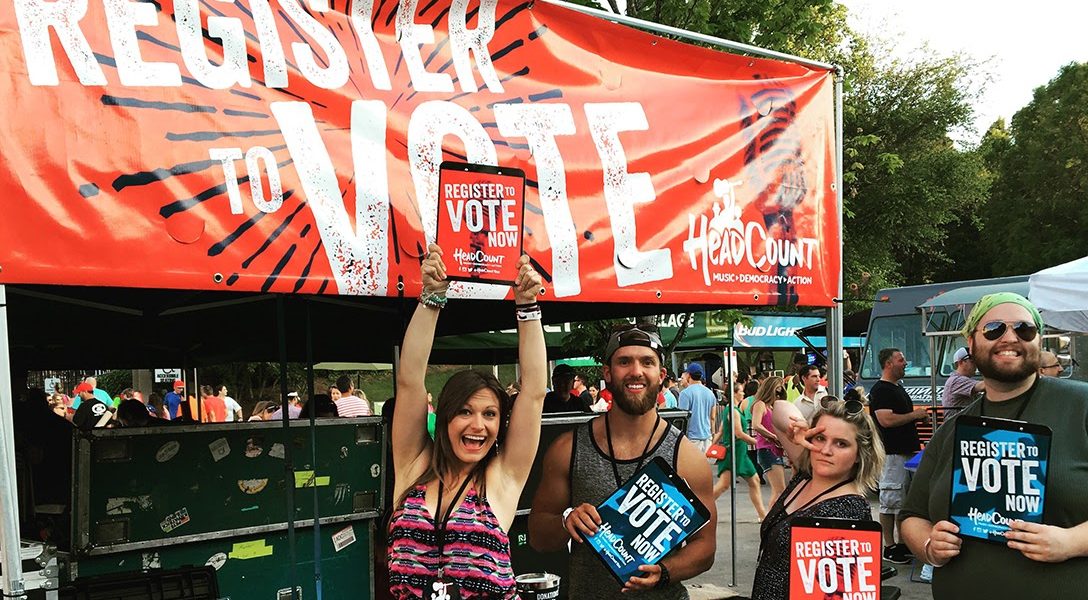 Canceled voter registration drives, delays setting up first-ever campus polling sites, and the decision to vote at home or absentee — this is the impact the COVID-19 pandemic may have on student voters.

With the virus surging through campuses nationwide, it appears highly unlikely that on-campus polling places — processing hundreds, and in some cases, thousands, of votes per hour — will operate normally, if at all.

A week into the fall semester, the COVID-19 positivity rate at the University of North Carolina at Chapel Hill (UNC), increased from 2.8 percent to 13.6 percent. Since August 16, the positivity rate has gone as high as 31.3 percent.

In hopes of warding off further virus transmission, UNC switched to a remote learning model one week after the first day of class. This unplanned retreat suggests that schools across the country must quickly re-imagine a student experience free of on-campus activities and, in some cases, students.

One pressing concern is how colleges will encourage and preserve democratic citizenship ahead of November’s general election. If they cannot, civic engagement at the youth level could take a big hit.

Studies show that the more students who live on campus, the higher the rate of voter turnout.

Many students look forward to casting their ballot on campus, some for the very first time. WhoWhatWhy’s analysis of 76 colleges and universities nationwide found that 73 percent had on-campus polls on election day in November 2016.

Concerns about the college vote predate the start of fall classes. Earlier this summer, a University of California YouGov study found that nearly 70 percent of California youth (ages 18-24) were somewhat or very concerned that the pandemic will depress voter turnout.

In some states, the coronavirus pandemic is only exacerbating politically motivated restrictions that make it difficult for students to cast a ballot.

The Knight Foundation’s August 2020 survey offers a partisan breakdown of the national student vote, with 70 percent planning to vote for Joe Biden and 18 percent for Donald Trump.

Seventy-one percent of these students are certain they will vote in this election. By party, this commitment is highest amongst Democrats (81 percent), followed by Republicans (74 percent), and independents (63 percent).

Seven states require voters to present in-person voter identification but do not accept student IDs (Arizona, Iowa, Ohio, North Dakota, South Carolina, Tennessee, and Texas). According to a 2015 study by Project Vote, 15 percent of youth aged 17-20, and 11 percent aged 21-24, do not possess government-issued photo ID. Poorer students and members of racial minorities are least likely to have the necessary documentation.

Even in states where university-issued ID satisfies election requirements, students often find it difficult to vote. Common Cause, a bipartisan grassroots government watchdog, launched a lawsuit against Wisconsin Elections Commission members in April 2019, charging that the state’s voter ID laws discriminated against would-be voters likely to vote for Democratic candidates.

In Wisconsin, voters can either present a state-issued photo ID or a Wisconsin university-issued student ID with the following: name, photo, signature, and an issuance and expiration date no more than two years apart. To use their student ID, voters must also provide proof of enrollment, through tuition receipts or verification letters.

Student IDs issued by the University of Wisconsin-Madison do not satisfy such criteria, thereby forcing in-state students to use their driver’s license, and curtailing out-of-state student voters’ rights. Common Cause Wisconsin found that only 11 of the state’s 23 private colleges and five of the University of Wisconsin’s 13 four-year schools issue photo ID cards that satisfy the state’s strict requirements.

Following a 10-month collaboration with Monongalia County, WV, West Virginia University (WVU) planned to introduce its first-ever on-campus polling station in November 2020. Student Hunter Hardway, who has led voter registration efforts at WVU through a partnership with the county, was hopeful that the new polling site would increase student turnout and put the university on the map for civic engagement.

“Personally, I believe that the main reason WVU didn’t have a polling station in the past was a lack of student engagement on the issue. In other words, there wasn’t someone speaking out on the issue. My hope is that 10 years from now students will feel as though WVU has always had a polling station and that it is normal and expected to go there to vote as a student of the university,” he said. Between state mandates and recent changes to course delivery, WVU has canceled all on-campus voting. Therefore, Hardway’s aspirations to enhance on-campus engagement are on hold until the next general election in 2024.

The pandemic also threatens to kill the momentum that student groups have built and maintained for almost a decade. In both 2012 and 2016, 77 percent of the University of Kansas (KU) students were registered to vote. Despite preparing for fall in-person classes, KU has issued strict limitations on the services that student organizations may offer, including prohibiting tabling events in areas most central to campus.

Operational limits to on-campus voter registration not only threaten to diminish the youth voter turnout in November 2020, but overall participation in the elections that follow. In their 2015 study on voting habit formation, political scientists Alexander Coppock and Donald P. Green found ample evidence of “long-term persistence in voting habits among those who are induced to vote upon turning 18.” They demonstrated that voting habits hold for periods of at least 20 years.

An Opportunity for Creativity

KU plans to engage student voters in other ways, according to Kate Kemper, assistant director of student engagement at the Center for Service Learning (CSL).

“Because our university’s safety guidelines have shifted the possibility for some of the usual methods of promoting civic engagement [like] tabling and class visits, we are thinking more creatively than ever before: considering virtual pathways to students, online candidate forums, social media campaigns, and more,” she said. Seeking to encourage participation in the democratic process, Hardway emphasized the importance of informing students about their rights as voters.

“Many students aren’t well informed about their rights as a voter. Some don’t even realize that they can vote absentee or by mail if they are a college student,” Hardway said.

He is confident that with digital communication and education, WVU can keep the youth vote alive.

“I do not believe that the pandemic will hurt our voting efforts. In fact, Covid-19 has caused us to refocus our registration efforts from in-person voting drives to ensuring that every student has information about voter registration through pamphlets, flyers, and posters. I continue to hope that our elected officials will make the voting process safer, more secure, and easier for all voters. Being active in elections is one of the most important things a citizen can do.”

COVID-19: An Unexpected Source of Momentum for Youth Activism?

Seventy-nine percent of youth surveyed by the CIRCLE Center at Tufts University responded that the COVID-19 pandemic increased their understanding of politics impacting their daily lives.

In light of this, student leaders say universities would be wise to utilize young people’s impassioned activism and hunger for change to reinvigorate their civic engagement efforts and encourage students to make the change they want to see.

Since 1984, student representatives for the Public Interest Research Group’s (PIRG) Education Fund have registered a combined 2 million students to vote as part of their New Voters Project.

Despite the onset of much uncertainty, the Student PIRGs have neither diminished nor abandoned their 2020 goal: registering, educating, and mobilizing 250,000 new voters ahead of election day. These champions of democracy plan to continue pooling their resources and strategies in hopes of elevating the voice of America’s youth in 2020 and beyond.

Johanna Hussain, a student at the University of Wisconsin-Madison and WISPIRG’s New Voter project coordinator, says her team worked diligently this summer to digitize their registration model.

Now relying on virtual events, phone banking, texting, and social media outreach, Hussain’s focus remains on educating students and faculty at UW-Madison about what constitutes a valid voter ID and about the deadlines associated with online registration and absentee voting.

“One of the benefits of working with a university that values civic engagement is that the University of Wisconsin-Madison has a plethora of resources available to out-of-state students who wish to register as Wisconsin voters,” she said.

Nicolas Riani, statewide board chair of CALPIRG students and board member of CALPIRG UCLA, said he and his fellow UC students have found that peer-to-peer outreach is the most effective means of encouraging voter turnout, and he plans to contact UCLA students often and continue asking whether they are registered.

As for the greater UC system, CALPIRG is working with administrators to educate and register students throughout orientation week, push action-oriented social media content, and frequently share the studentvote.org link in campus emails.

“While the pandemic presents challenges to voter mobilization, it also presents opportunities to reach more students virtually, and we are adapting to make sure that young people turnout this election and make our voices heard,” Riani said. “Young people care about our futures and just need a little help navigating the voting process.”