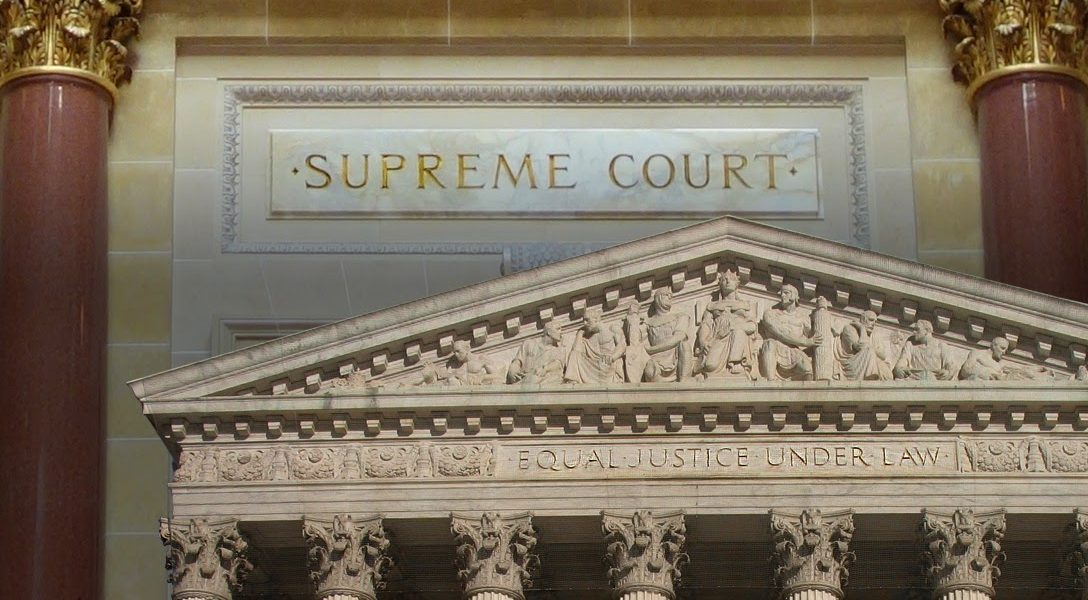 UPDATE, September 30, 2020: The US 7th Circuit Court of Appeals has now upheld a federal order extending the deadline to count mail-in ballots in Wisconsin by six days after Election Day, as long as they are postmarked by November 3. This ruling is a major win for Democrats and voting-rights activists, although Republicans can appeal the order to the US Supreme Court.

All three of the judges who upheld the lower court order were appointed by Republican presidents, including one Trump appointee, according to the Associated Press, but Amy Coney Barrett was not involved in the decision.

September 29, 2020: The 7th US Circuit Court of Appeals has placed a federal judge’s decision to extend the deadline for counting Wisconsin absentee ballots temporarily on hold. Interestingly, it’s the appeals court on which President Trump’s nominee for the US Supreme Court, Amy Coney Barrett, now sits. And the case could very well head to the Supreme Court next, yet another case likely to end up before the highest court during a closely contested presidential election.

Under existing rules, all ballots will be due by 8 PM on Election Day, even though the Wisconsin Elections Commission expects a record number of mail-in votes because of the ongoing COVID-19 pandemic that is spiking in Wisconsin again. Last week, US District Judge William Conley sided with Democrats and voting rights activists and ruled that Wisconsin election clerks must accept mailed-in absentee ballots through November 9 as long as they are postmarked by November 3. Wisconsin Republicans appealed the decision on September 23.

The death of Justice Ruth Bader Ginsburg last week has created uncertainty about how the Supreme Court might rule in the event it hears this Wisconsin case, according to Jay Heck, executive director of Common Cause Wisconsin, a nonpartisan organization that advocates for election reform, among other issues.

If Judge Barrett, who was nominated to replace Ginsburg, is not seated by the time of the Supreme Court hearing, it is possible that the final ruling will be a tie, with four justices supporting overturning the order and four ruling in favor of upholding it, says Heck.

If there is a tie, the appeals court’s decision will be upheld.

To further complicate matters, Barrett’s current position as a 7th Circuit judge could potentially complicate a Supreme Court ruling. The appeals court issued the hold on Judge Conley’s ruling Sunday, but they have yet to make a final ruling.

Sen. Cory Booker (D-NJ) has publicly expressed his intention to request Barrett to recuse herself from rulings related to November’s elections.

Judge Conley’s recent decision comes nearly six months after he issued a similar order in the lead-up to Wisconsin’s elections on April 7. The new order extends voter registration from October 14 until October 21. Unlike the ruling last spring, it is not subject to a media blackout until all ballots are counted. The lack of a media blackout ensures that “the whole country isn’t waiting on Wisconsin” to tally votes for a national election, Heck said.

Conley’s September 21 ruling also differs from the April order in requiring clerks to count ballots that do not have postmarks or on which the postmarks are illegible. “I think what became clear from analysis of what happened in April was that in some cases, postmark machines just didn’t work properly,” Heck said. “That shouldn’t be the fault of the voter. That was an error on the part of the Post Office.”

Conley’s recent order also allows election clerks to travel to different municipalities to make up for a shortage of poll workers, partially due to COVID.

Both the 7th Circuit Court of Appeals and the US Supreme Court heard appeals by Republicans filed as a result of the April order. That order was jointly appealed by the Republican National Committee and Republican Party of Wisconsin. The Republican-majority State Legislature subsequently appealed the order to the Supreme Court, citing concerns about election security and potential media influence on late voters.

In April, the 7th Circuit Court of Appeals rejected the appeal by the Republican National Committee and Republican Party of Wisconsin. However, the night before the election, the Supreme Court stayed the extension. This ruling affirmed that all ballots had to be postmarked by the date of the Primary election.