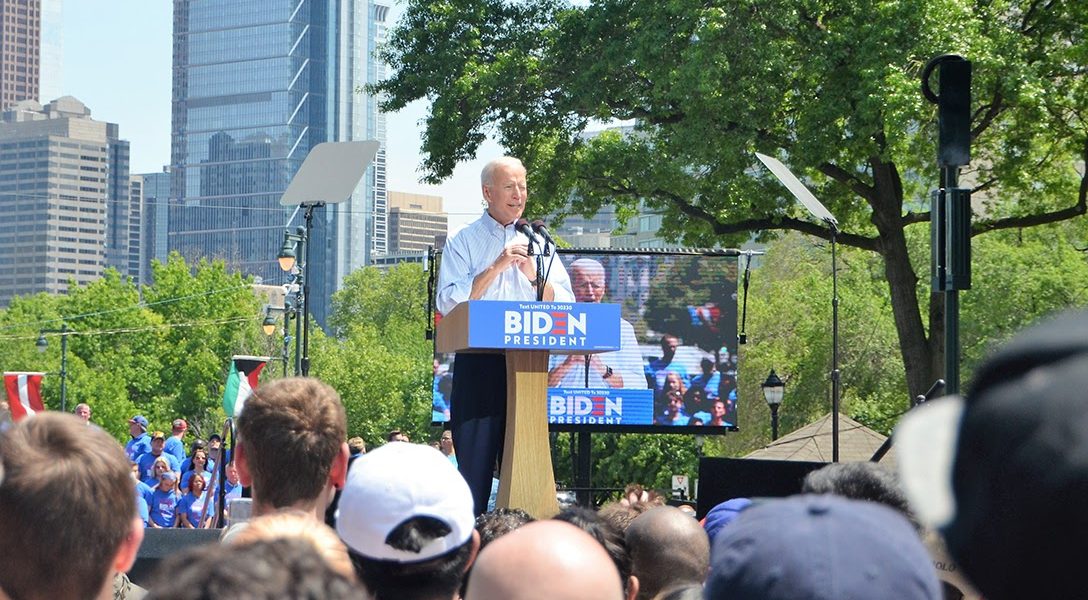 Biden on Path to Win Pennsylvania

The vote on Tuesday was clearly a red tide that swept President Trump to a commanding lead of 600,000 votes, capturing 55 percent of the vote in Pennsylvania. As the day ended, Biden trailed the president by 10 percentage points.

Now, the Red Mirage ends and the Blue Shift begins, with nearly 1.4 million mail ballots to be counted, along with an estimated 525,000 in-person votes that were not tallied election night.

When all is said and done, Biden should make up his 10-point deficit — and then some. My projection is that the Democrat will win the state by a margin estimated at 132,000 votes. To repeat, this is a projection. It is based on several factors: one is that Democrats have trampled Trump in the mail-in vote. Around 2.5 million mail ballots were cast and 66 percent of them were from Democratic voters. A tilt towards Biden is expected.

As of 10 a.m. on November 4, a little over 1.2 million mail ballots had been tallied, and Biden won 78 percent of the mail-in vote. That leaves another 1.3 million ballots to be counted beginning today (November 4). About 320,000 are in 20 strongly pro-Trump counties that failed to count any mail ballots on Election Day; another 168,000 are scattered around the state. But, the bulk of the uncounted mail ballots — about 900,000 — are in the Philadelphia area, where Biden dominated on November 3.

Those 900,000 ballots will now constitute the bedrock of Biden’s support and propel him in the vote count until he first matches, and then exceeds, President Trump. In addition, there are an estimated 520,000 in-person ballots to be counted, and many of them are in Philadelphia, where Biden is expected to get 85 percent of the vote.

Most of the rest are in a dozen smaller counties, where Trump is expected to dominate. Trump is projected to win the as yet uncounted in-person votes by a margin of 55,000 votes — not enough to help him offset the rising wave of pro-Biden mail-ballot votes.

In recent weeks, Trump has railed against mail-in ballots and the city of Philadelphia, conjuring up images of massive vote fraud. There is no factual basis for Trump’s charges. Election Day went smoothly in Philadelphia and across the state, with no disruptions at the polls. Poll workers were the heroes of the day, moving in-person voters through the process, at the same time, counting the tsunami of mail ballots.

The number of glitches — such as machine breakdowns and confusion over polling places — ran about normal for Election Days in high-turnout elections. And Tuesday’s election will end up setting a new turnout record.

The Trump campaign does not intend to go gently into that good night. A legion of Republican lawyers have begun to file suits contesting numerous aspects of the election.

On Tuesday, Republican lawyers filed suit in federal court contesting efforts in some counties where election officials let voters correct mistakes on their ballots, such as missing signatures.

Trump lawyers plan to return to the US Supreme Court for yet another hearing in their bid to stop ballots received after November 3 but mailed on or before Election Day from being counted. Under a previous state court ruling, election officials have until Friday to count these late-arriving ballots.

Republicans may return once again to seek the right to compare signatures on mail ballots with the voter’s signature on election rolls. A state court rejected that suit before the election. The president has made it clear that he does not intend to accept the results of the Pennsylvania election. That means he and his aides know what all Pennsylvanians will know within the next few weeks — that the Trump victory on November 3 in Pennsylvania was an illusion.