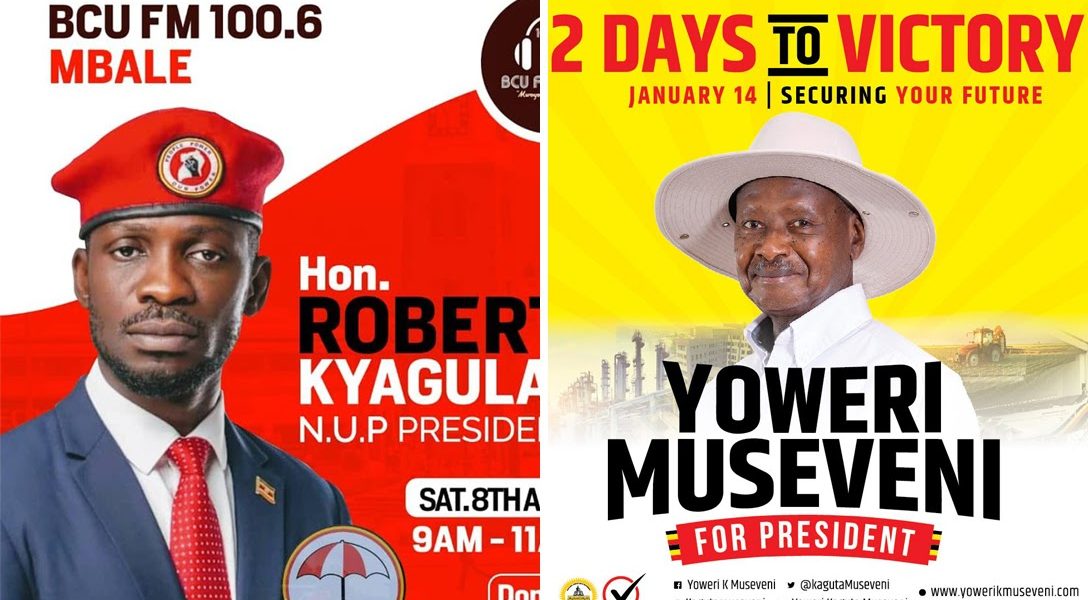 After Trump, Facebook Reckons With an Election in Uganda

How does a 30-year-old techie in California, making decisions for Facebook or Twitter, handle the impact of social media halfway around the world? We may be about to find out.

Donald Trump is not the only politician in for a rocky ride on the social media roller coaster these days. Earlier this week, Facebook decided to shut down all social networks linked to Uganda’s Ministry of Information. The move was intended to head off a flow of false information in the lead-up to the African country’s presidential elections on Thursday.

In contrast to Trump, who will be lucky to finish out his single term in office, Uganda’s incumbent President Yoweri Museveni, 76, has managed to remain president of Uganda for the last 35 years. Roughly two-thirds of Uganda’s population is under the age of 35 and has never experienced anyone other than Museveni as president. While Trump can thank the eccentricities of the Electoral College for his four years in office, Museveni fought a fierce bush war to unseat his predecessor, Milton Obote, in order to seize power. Obote waged an exceptionally bloody struggle before finally conceding the presidency.

Museveni, in his efforts to hold onto the presidency for life, has continued the tradition of the bloody suppression of political opponents. Having ousted Obote, he was also engaged in a guerrilla struggle for two decades beginning in the 1990s against Joseph Kony, a charismatic warlord and self-styled prophet, who commanded a ragtag rebellion known as the Lord’s Resistance Army (LRA). Kony, one of Africa’s most notorious war criminals, kidnapped up to 30,000 children, pressing them into service as child soldiers and, in the case of girls, sex slaves. The effort to suppress Kony turned into one of Africa’s longest-running armed conflicts.

In an interview with NPR just days before the election, Museveni tried to compare himself to America’s George Washington, who brought stability in the early days of the republic. The difference is that, after having assumed command of the Continental Army and then having been elected president twice, Washington adamantly refused a third term, insisting on returning to his farm at Mount Vernon. At the time, Washington’s action was compared to the legend of Lucius Quinctius Cincinnatus, a Roman statesman who twice assumed total dictatorial powers when Rome was in danger but then relinquished them, returning to his farm when the threat had ended.

Museveni soon realized that the social media campaign was not only more affordable, it was also harder to suppress. The graphic images of police violence were picked up and rebroadcast by numerous international media outlets.

In contrast to Washington, Museveni seems determined to hold onto power for life. His struggle has not been easy. In 2005, he had to force Uganda’s Parliament to end term limits for the presidency; in 2017, he convinced Parliament to drop a mandatory age limit that would have excluded him from running once he passed the age of 75. This Thursday, Museveni will again be competing against a field of at least 10 opposition candidates. His strategy is clearly to fragment his opposition since he only needs to win slightly more than 50 percent of the vote to be elected without having to face a runoff.

In the past, Museveni has always managed to outwit his opponents. This time may be different. Robert Kyagulanyi Ssentamu, a 38-year-old pop musician, better known by his stage name, Bobi Wine, has emerged as a serious contender, ready to pit youth, popularity, and a promise of modern progress against Museveni’s age and experience.

Name recognition counts, and music is the closest the continent has to a universal language. Wine, who was four years old when Museveni seized power, has a charismatic personality and a musical repertoire that has consistently chided Museveni and his administration for economic stagnation and falling behind the times. Wine won election to Uganda’s Parliament in 2017 by appealing to youthful Ugandans who felt more than ready for change.

The roughly 17.6 million Ugandans registered to vote in Thursday’s election will cast their ballots at 34,684 polling stations in 146 districts. Despite a well-established tradition of voter suppression and ballot stuffing, Museveni is clearly not taking chances, especially where Wine is concerned. In June, police arrested the pop star for campaign rallies that police claimed violated a lockdown ostensibly intended to prevent COVID-19. Last November, Ugandan police again arrested Wine, sparking protests in which 54 supporters were killed and nearly 600 were arrested. Wine’s entire campaign team was subsequently jailed.

Using the COVID-19 pandemic as a pretext for outlawing rallies, police suggested that Wine and other candidates should restrict their campaigning to social media, including Facebook and Twitter. Wine took up the challenge with a vengeance and produced surprisingly impressive results. Videos taken by smartphone and photos of violence by pro-Museveni police engaging in what to most Ugandans is fairly traditional, if unacceptable, voter suppression suddenly began appearing in abundance on YouTube. Facebook and Twitter were flooded with graphic images and gory details.

Wine took full advantage of the fact that Africa has leapfrogged into widespread use of modern communications; just about everyone seems to have a smartphone connected to the internet these days. Museveni soon realized that the social media campaign was not only more affordable but also harder to suppress. The graphic images of police violence were picked up and rebroadcast by numerous international media outlets. In desperation, the regime pleaded with Facebook and other social media platforms to shut down 14 social media accounts promoting Wine, and to stop giving space to opposition candidates. Museveni then flooded social media with his own version of events. That, and a reaction to the assault in Washington on the US Capitol, convinced Facebook to shut down the Ugandan government accounts at least until the election is over.

Last week, Wine’s replacement campaign staff was again arrested. Wine filed charges with the International Court of Criminal Justice. “I woke up with people around me,” Wine explained in a press conference broadcast on Zoom, “and by the end of the day they are in prison, the hospital, or dead.” Wine, who had begun attending rallies wearing an army helmet and a bulletproof vest, had indeed started the day with 25 staffers; by nightfall 23 of them were in prison.

Police continued to harass him while he sheltered with his chauffeur in his car. Wine was not alone. Police had arrested Patrick Oboi Amuriat, another of the opposition candidates running against Museveni, on allegations of “reckless driving.” Norbert Mao, also a candidate, found himself in a standoff, with bodyguards and police holding each other at gunpoint at a hastily erected roadblock in a scene that looked like the shootout at the O.K. Corral.

In case anyone doubted it, the message that Museveni has no intention of letting the presidency go without a fight will likely be repeated in one form or another until the last ballot is cast. Uganda’s prison commissioner, Johnson Byabashaija, has assured everyone that Uganda has more than enough space in its jails to take care of anyone who gets out of line during Thursday’s vote.

Democracies in Emerging Countries Are in Danger

In Uganda’s capital, Kampala, Martin Okoth Ojola, the police inspector general, warned journalists that while Uganda planned on delivering a peaceful election, no one should insist on actually going to areas that the police consider to be “dangerous.” Anyone who fails to comply, Ojola said at a press conference, will suffer the consequences: “We shall beat you for your own sake, to help you understand not to go there.”

Compared to Uganda, Trump’s rhetoric and actions to overturn the 2020 election may seem tame. If Wine does win more than 50 percent of the vote, there is no guarantee the police and the army, who depend on Museveni for support, will accept the pop star as their new leader.

What both Uganda and the United States share, however, is the increasing impact that social media has on elections. Hopefully, Silicon Valley and techies everywhere are beginning to realize that social media’s power to shape opinion can be as dangerous as it can be beneficial. In the wrong hands, it can lead to mob violence, such as the assault on the Capitol in Washington, or, handled correctly, it can provide a voice to non-establishment candidates who advocate change, like Wine. Drawing a line between acceptable and dangerously unacceptable online behavior will not be easy. Google’s early slogan, “Don’t be evil,” vanished sometime ago.

Thursday will tell whether Uganda, which not surprisingly remains mired in seemingly hopeless poverty, can manage to climb out of the hole that Museveni has dug for it. If he loses the popular vote, Museveni, like Trump in his infamous phone call to election officials in Georgia, may make a few calls to look for a few more votes, recalculate the final results, or maybe even to shoot someone if he decides that’s what is needed. If he does, we can thank our lucky stars that, at least for the time being, that is still not the way things are done in the United States.