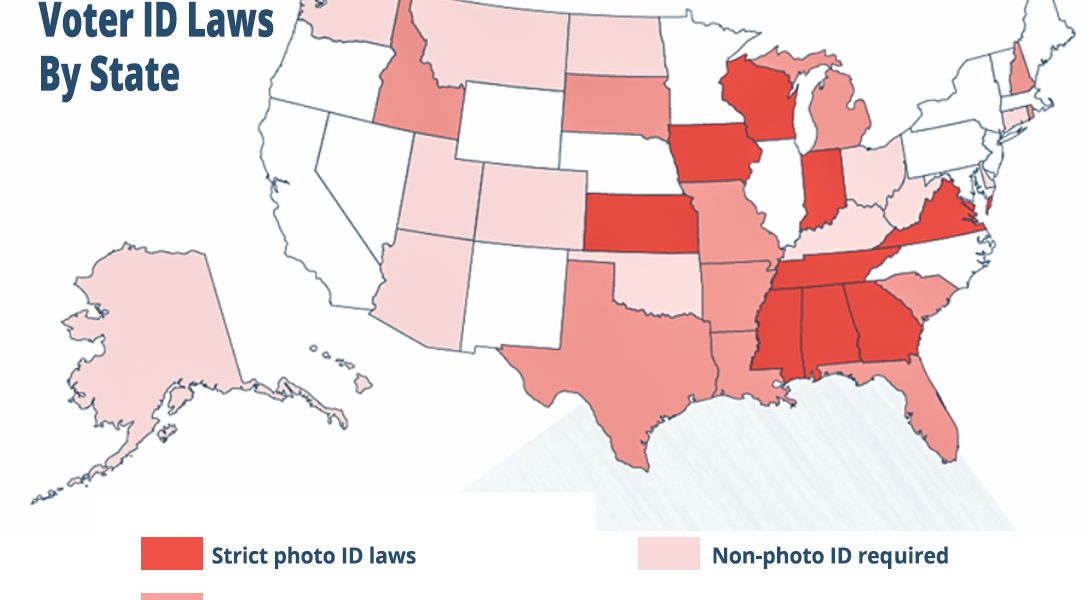 Photo credit: Adapted by WhoWhatWhy from Spread the Vote
Elections

Legislation counteracting voter ID laws is too slow so voting rights advocates are taking matters into their own hands. Organizations like Spread the Vote and VoteRiders have been providing practical — if labor-intensive — ways of getting identification into the hands of voters who need it.

Neither VoteRiders nor Spread the Vote provide identification directly. Rather, both organizations facilitate the process of acquiring government-issued ID by assisting people through the tangle of bureaucracy.

The Down and Dirty

Getting voters adequate identification requires manpower — and it isn’t easy. Moreover, the bureaucracy is less than flexible. Kat Calvin, founder of Spread the Vote, says 57 percent of the people whom she works to obtain ID lack birth certificates — and to get a birth certificate from vital records, you need an ID.

For homeless people, proving residency is extremely difficult. Moreover, details like a misspelled name can hold up the process for months.

Both Spread the Vote and VoteRiders locate individuals who need ID through partnering with other organizations like food banks, homeless shelters, schools, and voter registration groups.

“What we’re trying to do is work through the infrastructure that’s on the ground,” Dave Griggs, executive director of VoteRiders, told WhoWhatWhy. From there, partnering groups help VoteRiders identify people who need identification. VoteRiders then works with individuals to locate and collate paperwork, eventually filing for identification.

“The facts are so partisan that it’s really hard to talk about the facts without sounding partisan.”

People don’t know whether they need an ID to vote, or if the documents they have suffice. A major component of VoteRiders’s work is providing straightforward, state-specific guidelines. The organization distributes wallet-sized voter information cards and other materials aimed at explaining the nuts-and-bolts of casting a ballot.

Both VoteRiders and Spread the Vote focus their efforts on states with strict ID laws. In its first year, Spread the Vote has facilitated 200 IDs, with another 300 in the pipeline. VoteRiders didn’t have specific data to share, but the organization typically fields several thousand calls each election cycle.

Voting advocates note that, though meaningful, these efforts are miniscule compared to the breadth of voter ID laws. Securing ID for every single voter who needs one would be a years-long process and require a budget and staff that far exceed the current scale of either organization.

Nevertheless, Calvin wants to bring efforts beyond the southern states where her organization is currently active. She has found that regardless of location, eligible voters without ID aren’t making it to the polls.

Despite claims of massive abuse to a feeble election system, in-person voter fraud is extremely rare. But that hasn’t stopped Republican legislatures from passing a deluge of strict voter ID laws in recent years.

Advocates for strict voter ID laws claim that the requirement protects against ineligible people casting ballots, or people voting twice. In reality, these laws make it much harder for — and even prevent — millions of eligible voters from casting a ballot.

Such laws target the most vulnerable voters, and have an outsized impact on minorities, students, people with disabilities, the elderly, and people living in poverty.

Twenty-one million eligible voters lack adequate identification to vote, thanks to what Kathleen Unger, president of VoteRiders, termed a “tsunami of voter ID laws.” She founded VoteRiders in 2012.

“The existing organizations were focused on advocacy and litigation,” she told WhoWhatWhy. “I was deeply concerned about people who were going to be losing their right to vote on the ground.”

The “tsunami” of voter ID laws that Unger mentioned began after the 2013 Supreme Court decision in Shelby County v. Holder. The court eliminated Sections 4(b) and 5 of the Voting Rights Act, which had required states with histories of voter suppression to get permission from the Department of Justice before revising their voting laws.

Within days of the decision, state legislatures began to work on voter ID laws. This made it possible for states with histories of voter suppression to change voting laws without federal oversight.

Republicans mobilized immediately in the wake of the decision. Democrats have been on the defensive ever since. “They are feckless cowards,” Kat Calvin, founder of Spread the Vote, told WhoWhatWhy. As the director of a 501(c)3 nonprofit — which legally must maintain a nonpartisan platform — she doesn’t like to talk about Shelby County v. Holder. “But the facts are so partisan that it’s really hard to talk about the facts without sounding partisan,” she said.

Even before Shelby County v. Holder, conservative organizations like the Koch-brothers-funded American Legislative Exchange Council had for several years been spoon-feeding drafts of voter ID legislation to state lawmakers.

Behind such efforts is a long history of confusion about what kinds of credentials can be demanded of voters under the US constitution. The 2008 Supreme Court decision in Crawford v. Marion County Board of Elections upheld a voter ID law in Indiana but left uncertain what restrictions might pose too great a burden on some voters. That confused lower courts, Danielle Lang, senior legal counsel at the Campaign Legal Center, told WhoWhatWhy. “It left some unclear terrain,” she said. “States have tried to paint that Supreme Court decision as a blank check to require whatever they want.”

When Section 5 was still valid, states with a history of racial discrimination had to prove before implementation that new laws would not be discriminatory by nature. Post-Shelby, changes to voting laws in such states can go into effect without any such proof, meaning voting laws are challenged only after they have been in effect.

Texas was among the first states to take advantage of the new regulatory climate. The state had tried to implement a voter ID law in 2011. The then-valid preclearance requirement in the Voting Rights Act prevented enforcement of SB 14. After the 2013 decision came down, the state announced its intent to act on the law and start requiring identification at the polls.

Lawsuits followed, and Judge Nelva Gonzales Ramos of the US District Court for the Southern District of Texas found the law discriminated against Black and Latino voters. The state appealed; several years of court battles followed. In July 2016, the 5th Circuit Court upheld the District Court, finding that the voter ID law as it stood then violated the Voting Rights Act and could not stand. As a short-term measure, the court said that Texas voters could use all sorts of identification — like utility bills, bank bills, and more — to exercise their right to vote if they signed a declaration affirming their identity.

In the months following, the Texas state legislature codified those temporary procedures into law. Ultimately that new law was approved by the court.

“The law fundamentally changed because of the plaintiffs’ success in 2016,” Lang said. “But a law that was discriminatory at its beginning and was designed to be discriminatory shouldn’t be in place at all.”

Texas was far from the only state to adopt strict voter ID requirements after Shelby, though its laws remain the most severe in the nation. Lang thinks the Texas example can serve as a model for future challenges to voter ID laws. A voter ID law still remains in place, but the 2016 victory demonstrated that district and appellate courts will step in when there are strict and onerous requirements that lead to discriminatory results, she said.

Lang celebrates efforts to get identification to the voters who need it. “You’re helping them not only vote but also giving them a tool for daily life,” she said.

With an ID, Personhood

Through advocacy on voter ID issues, Calvin has learned firsthand the role that identification plays in society at large. She has come to consider her work an antipoverty strategy as much as an effort to secure voting rights. Without an ID, people can’t access services at food banks and homeless shelters, or find employment.

The plastic card that many take for granted is the means to access full citizenship and personhood — that’s why she’s interested in securing government-issue ID, not just the voter IDs that some states, Texas among them, provide for “free.”

States make free IDs available to get around the 24th amendment, which prohibits poll taxes, she said. Charging for identification required to vote would interfere with the constitutional prohibition against making people pay for voting rights. Moreover, standard government identification matters in everyday life.

“It’s about getting people to the polls,” Calvin said. “But it’s also about their lives.”