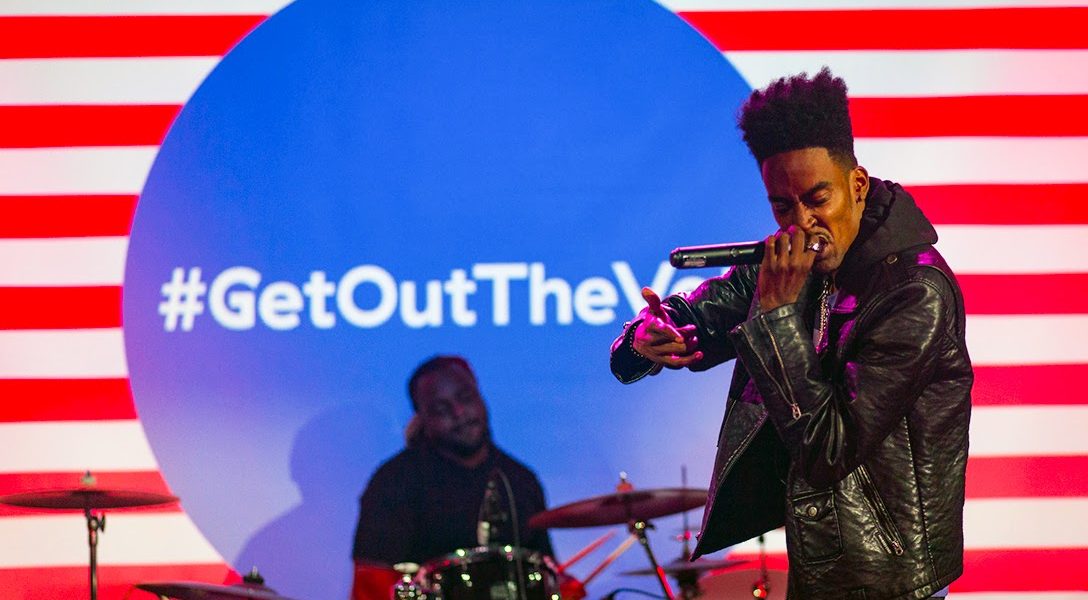 African American youth in Wisconsin are riding the wave of energy from a summer of mass protests, and local community organizers hope that will translate into high turnout at the polls.

“We want to use our votes as leverage for an agenda,” said Pastor Greg Lewis, the executive director of Souls to the Polls Milwaukee. “I always say we’re on life support, we’re on a breathing machine, intensive care, code red, code blue, because nobody’s gonna ride in on a white horse and solve these problems for us. We need to be doing that problem solving.”

The problems motivating them are numerous — from police violence to COVID-19, which has hit Black communities especially hard, worsened by racial disparities in health care access and pollution. For young people there also is the issue of student debt that can keep economic mobility out of reach.

“There’s this idea that young people aren’t engaged in politics, that young people are apathetic, but it’s a completely false narrative,” said Maya Neal, political manager of the youth community organizing group Leaders Igniting Transformation (LIT). “I work with our students at LIT, and they have opinions and personal experiences [they want to share].”

Organizers say their early voting initiatives have increased turnout, and now they’re pushing to get more young people to come out on November 3. Ten counties, including the Democratic strongholds of Milwaukee and Dane County, have already exceeded 70 percent of their 2016 turnout.

The path to victory for President Trump or former Vice President Joe Biden may run through Wisconsin, a battleground state in which the outcome will likely be determined by the level of turnout in Milwaukee, where African Americans make up 40 percent of the population.

Make a plan to vote today!

Did you know Wisconsin workers are allowed three hours of unpaid time to go vote on Election Day? Let your employer know BEFORE Tuesday when you plan on voting, and make your voice heard! pic.twitter.com/P7ynCnhboE

“If we vote in Milwaukee as a Black population, the nation will change and the world will change. It’s gonna be huge if we vote, so we just have to keep messaging,” Lewis said.

The Democrats have taken heed and have created an agenda that includes investing in Black-owned businesses and strengthening fair housing laws. But the Republicans also are paying attention, and for the first time opened a field office in a predominantly Black neighborhood of Milwaukee.

“The strategy here is [to argue] that Democratic policies have failed,” Khenzer Senat, the director of African American outreach for the Republican Party of Wisconsin, told PBS NewsHour. “Here in Milwaukee, you’ve had a Democratic-controlled city for around 60 years and nothing has changed.”

The GOP is trying to tap into a feeling among some African American youth that the Democrats take their vote for granted, with candidates making promises they don’t keep just so they can get elected.

“I think that people often find that folks, specifically candidates for office, only drop in around election time,” said Rick Banks, the political director of Black Leaders Organizing for Communities, who does not support Trump.

It’s one reason there was a dramatic drop in Black turnout in 2016 for Hillary Clinton, who spent little time in Milwaukee and only had four campaign offices there compared to Barack Obama’s 16 in prior elections. African American turnout in Wisconsin fell by almost 19 percent four years ago, almost four times the national average.

Analysts say it wasn’t just the Clinton campaign that was to blame, but also the state’s strict voter ID law, which can prevent people of color from being able to vote because they often don’t possess the required forms of ID.

A number of other changes to Wisconsin election law in recent years have made voting harder for young African Americans, including reductions in early voting windows and restrictions on the use of student IDs. On top of all that, fear of COVID-19 and the closure of most of Milwaukee’s polling places in April furthered voter suppression, though a vast majority of polling sites are expected to be operational on November 3.

The barriers “can be overwhelming, and it definitely stacks on top of each other to discourage the vote,” said Neal.

“There’s a lot that contributes to people not voting, right, so even those issues like not having candidates that people are excited about, that’s a barrier. There’s a lot that we face, even young people, with our IDs,” Neal said. “If you get a truancy ticket, those cost hundreds of dollars to clear up, and you can lose your ID. How am I as an 18-year-old gonna pay hundreds of dollars to fix that and the 60 dollars to get my ID back, and all to vote for someone I’m not even excited about?”

Neal said many young voters in 2016 felt they would be “settling” by voting for Clinton, and because they “didn’t necessarily think that Trump would win,” they “weren’t motivated to vote for either option that we had.”

That lack of excitement does not seem to be as big an issue for Biden. Overall youth support for Biden is high, according to the Tufts University Tisch College CIRCLE poll.

Still, young people are split between those who are apathetic and those who believe that “we need to push for real, serious progressive change and we’re going to start at the voting booth,” Banks said.

“A lot of young people, they just think that, you know, there’s no reason to vote because nothing’s going to change. People are really trying and they just don’t trust the system, and they don’t trust policies that are in place. So they don’t really have any faith in the voting process, so it’s a tough crowd getting young people to vote,” Lewis added. “There is no magic to this. You just have to keep working hard, keep sending the message that, you know, if your vote didn’t really matter, why would so many people keep trying to suppress your vote and disenfranchise you?” Neal said her group is working to reshape the narrative that the candidates are not exciting for young people of color, instead “framing it as a step in, these are all of the things we need to do in order to see the results we want and make the change we want.”

She tells people that voting for the president “is only the start” in community activism — that voting is a way of choosing which administration would be charged with responding to their concerns, a perspective she said often changes young people’s views on voting even when the choice is between two candidates they don’t like.

Banks said young people would be more engaged if the Democratic Party organized around issues rather than candidates and involved voters year-round and in off years — not just when the party needed votes — so that voters “feel like they have real power and a say in what’s going on.” That kind of approach would make youth feel like they have a say and are listened to, organizers say.

“You can’t ask me to engage and then not listen, you know. I think the biggest thing that can happen is that these folks that are asking for our vote can be responsive to young people,” Neal said.

Most of all, Banks said, African American youth will be looking at which candidate “will be more likely to invest in our communities.”

There are signs that African American youth turnout this year will be high. Overall youth turnout across the country was historically high during the 2018 midterm election, in part due to extensive community organizing. In some states, youth voter participation increased by 20 or more percentage points, according to the CIRCLE poll. Those efforts have paid off in the long term.

Another CIRCLE poll shows that 83 percent of 18- to 29-year-olds “believe young people have the power to change the country.” “Looking back now at how much of the vote has been mobilized this year, I know how much of the groundwork was done [in 2018],” said Neal, who is seeing the highest turnout ever among young African Americans in Wisconsin.

She noted the MyVote Wisconsin site has been accessible in terms of helping people understand their options for voting and being able to track their ballots, as well as the convenience of absentee voting.

In the midst of COVID-19, her organization has had to adapt its methods for getting out the vote. Its canvassing program has been pushed to an all-digital approach, mostly using texts and calls. The group also hosted National Youth Voter Day, a panel of virtual concerts that focused on the importance of young people voting and being engaged, and has been posting informative advertising on Facebook, Twitter, and Instagram to make sure everyone knows all the information they need to vote.

LIT created a voter guide, which talks about important issues and where it and the presidential candidates stand on them.

This year’s marches have also increased urgency and enthusiasm among young voters, especially among people who have not been as involved before. Banks said that “younger people know that voting is not the sole solution” and are putting pressure on leaders and elected officials to make changes. They’re learning about the political process as a whole and are “ready to do more than just cast a ballot.”

“Folks are participating, engaged in it. I know that the data that I’ve read that shows that young people who have participated in the different aspects and mobilizations of the summer are more likely to then vote,” Neal said. “I’ve seen in my own community, people realizing this isn’t just one instance, it wasn’t just Trayvon [Martin], it wasn’t just Eric [Garner] … this is a systemic problem.”

Lewis, however, disagreed, saying the marches have mostly changed white people’s attitudes because they are now realizing what Black people have suffered for decades. Lewis said the real work begins on November 4.

“We understand the power of the vote. Most of us do. But we just have to get those who don’t understand to see that if we work together, if we get this voting bloc pulled together and start to put pressure in areas that are important for, you know, making change, that’s what’s important right now,” he said. “We want people to go to the polls on November 3, but on November 4, the work really starts where we stay together and build this voting bloc.”