It’s time to talk about the words we use whenever the subject of gun violence arises.

National Rifle Association CEO and Executive Vice President Wayne LaPierre has said, “The only thing that stops a bad guy with a gun, is a good guy with a gun.”

When gun rights advocates make the “bad guy/good guy” statement, they usually follow it with some version of: “We refuse to support any kind of gun control that would take guns out of the hands of law-abiding citizens who only want to defend themselves.”  This sentiment was frequently echoed at the NRA convention in Houston, days after the Uvalde shooting:

“The existence of evil in our world is not a reason to disarm law-abiding citizens,” said former President Donald Trump.

“Restricting the fundamental human rights of law-abiding Americans to defend themselves is not the answer,” said LaPierre.

“Ultimately, as we all know, what stops armed bad guys is armed good guys. … We must not react to evil and tragedy by abandoning the Constitution or infringing on the rights of our law-abiding citizens,” said Sen. Ted Cruz (R-TX).

David B. Mitchell, chief of police at the University of Maryland, told me, “‘No criminal record’ doesn’t mean you’re law-abiding any more than a ‘not guilty’ verdict means you’re innocent.” When I asked him what “no apparent criminal record” means, Mitchell, who is also a lawyer, said, “They couldn’t find anything.” 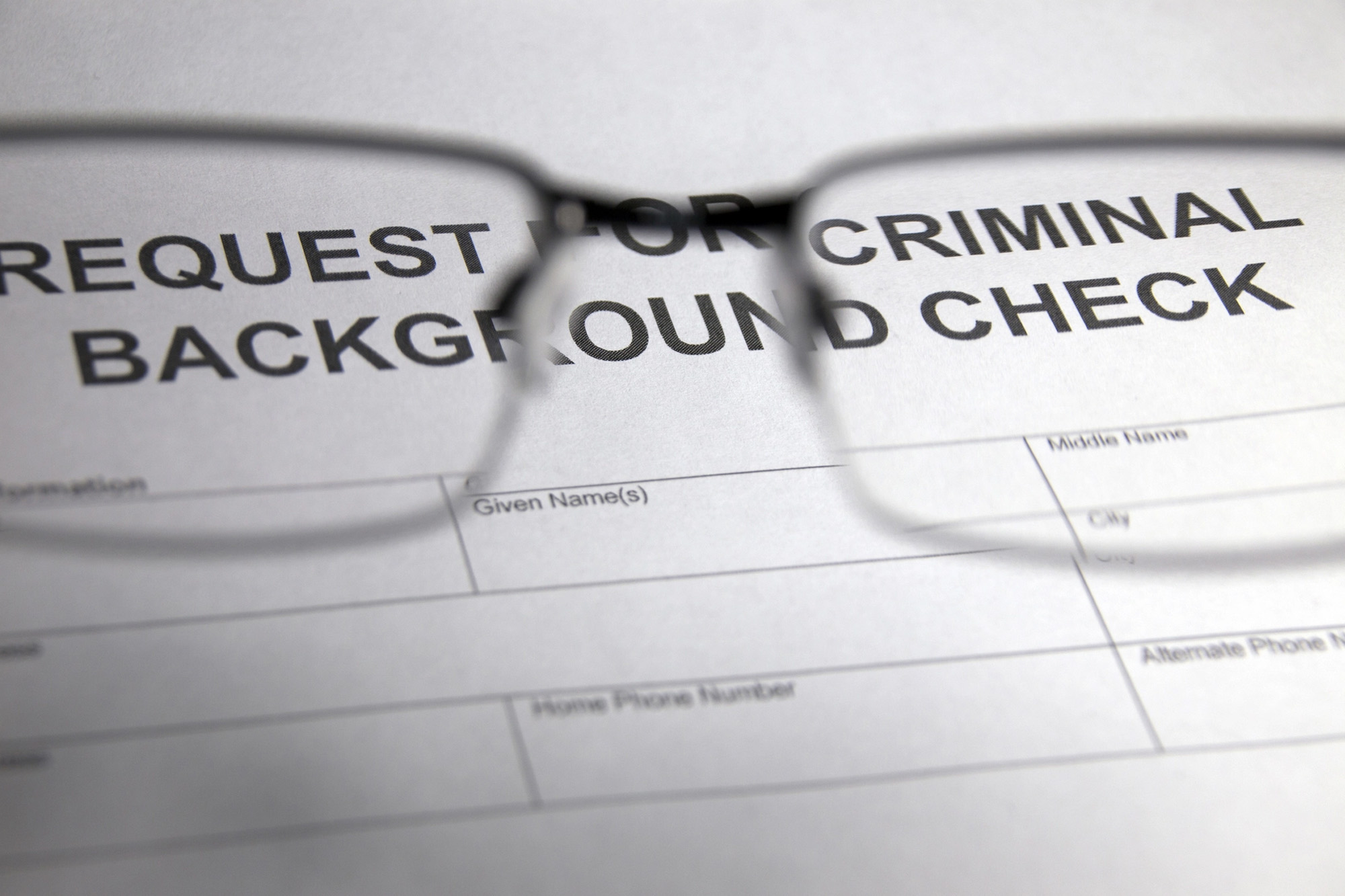 To check on the past of a would-be gun buyer, the FBI draws from three databases for background checks: (1) the Interstate Identification Index, a giant repository of criminal convictions used by an array of law enforcement agencies for a range of purposes; (2) the National Crime Information Center (NCIC), which holds a variety of criminal justice records, from extreme risk protection orders to known or suspected terrorists; and (3) the National Instant Criminal Background Check System (NICS), which includes records that highlight individuals prohibited from buying a gun.

Background checks are essential, but consider this: No matter how thorough the background check into the past of a would-be gun buyer, and no matter how clean their record — when it comes to mass murderers, past has not been prologue.

Their lack of a criminal record did not serve as a predictor of whether they would commit a crime in the future. They were all, previously, “law-abiding” citizens. They could even have been labeled “good guys with guns” — people the NRA says should be allowed to have guns, even the most destructive kind.

The National Institute for Health Care Management reported that, as of July 12, 2022, there were 326 mass shootings within the first 189 days of this year. Another way to look at that statistic: Not a single week in 2022 has passed without at least four mass shootings.

In the 1980s, the FBI established a definition for “mass murder” as “four or more victims slain, in one event, in one location.” While Congress amended that definition in 2012 to mean “three or more killings in a single incident,” most media outlets still use the four-fatality definition.

A small sample of mass shootings in which assault weapons were used:

All of these people used legally purchased guns, based on having passed background checks. They would have been called “law-abiding” — until they committed mass murder. So, why use the phrase at all?

In a thoughtful letter to The Washington Post (“The atrocities keep mounting”), Timothy Kendall suggested that reporters should start calling a mass murder an “atrocity” rather than a “tragedy.” He says that using tragedy “plays right into the hands of [people] who positively lick their chops at the prospect of publicly lecturing that ‘it is too early to politicize this tragedy.’”

A tragedy is something no one has control over, whereas an atrocity, as Oxford Languages defines it, is “an extremely wicked or cruel act, typically one involving physical violence or injury.”

Finally, let’s talk about guns — a word the GOP seems to avoid. (“Guns don’t kill people. People kill people.”) To them, the culprit is never the guns the murderers use, so the answers can’t be about access to guns. They call for arming teachers, “hardening” schools, providing mental health support — but stay far away from mentioning guns or their relevance to mass shootings.

The media, however, does talk about guns. But, because words do matter, reporters should start calling them what combat veterans call them: “weapons of war.”

I spoke recently with Paul D. Eaton, a retired US Army major general and a senior adviser to VoteVets. Eaton’s 33 years of active service included holding responsibility for all infantry training and equipment — which, he said, “includes the weapons that we’re talking about.”

He explained that the difference between the Army’s primary weapons — the MR-16 and MR-4 — and the AR-15 is a machine part called a sear, the trigger mechanism which determines how the weapon will fire. The Army weapons have three sets: safe/will not fire, fire one round, fire three rounds.

The AR-15 has just one sear and fires one bullet per trigger pull, but an individual with an AR-15 and multiple magazines can pull the trigger as rapidly as 60 times in one minute. Eaton minced no words in describing the AR-15: “To call the AR-15 a weapon of war is very accurate. It is absolutely an engine of war, an engine of death, a weapon of war. It serves no other purpose than to kill people at a very high rate.” Further, “the bullet the AR-15 fires creates terrifying wounds.” So terrifying, in fact, that authorities in Uvalde asked parents to submit DNA samples so they could identify their dead children.

“These weapons have no place in civilian life,” Eaton said. “The only place for that weapon is in the hands of an American soldier who is defending the United States. Period.”

He noted: “When you give an 18-year-old American male an AR-15 and a 30-round magazine, he can fire bullets at 10-20 times the rate of an individual British or American soldier operating at the time the Second Amendment was written.”

He also spoke with grave concern about how someone can easily buy a robust set of body armor for $700 — which would make a shooter almost unstoppable.

Aaron Salter Jr. found out the hard way. The retired Buffalo police officer was working as a security guard at the Tops supermarket where a shooter with an assault weapon entered in order to kill as many Black people as he could. Salter tried to stop him but couldn’t — the shooter was wearing body armor and a ballistic-rated helmet. The shooter returned fire, killing Salter.

And, he said, it is “ridiculous that we allow our civilians to outgun our police officers.” 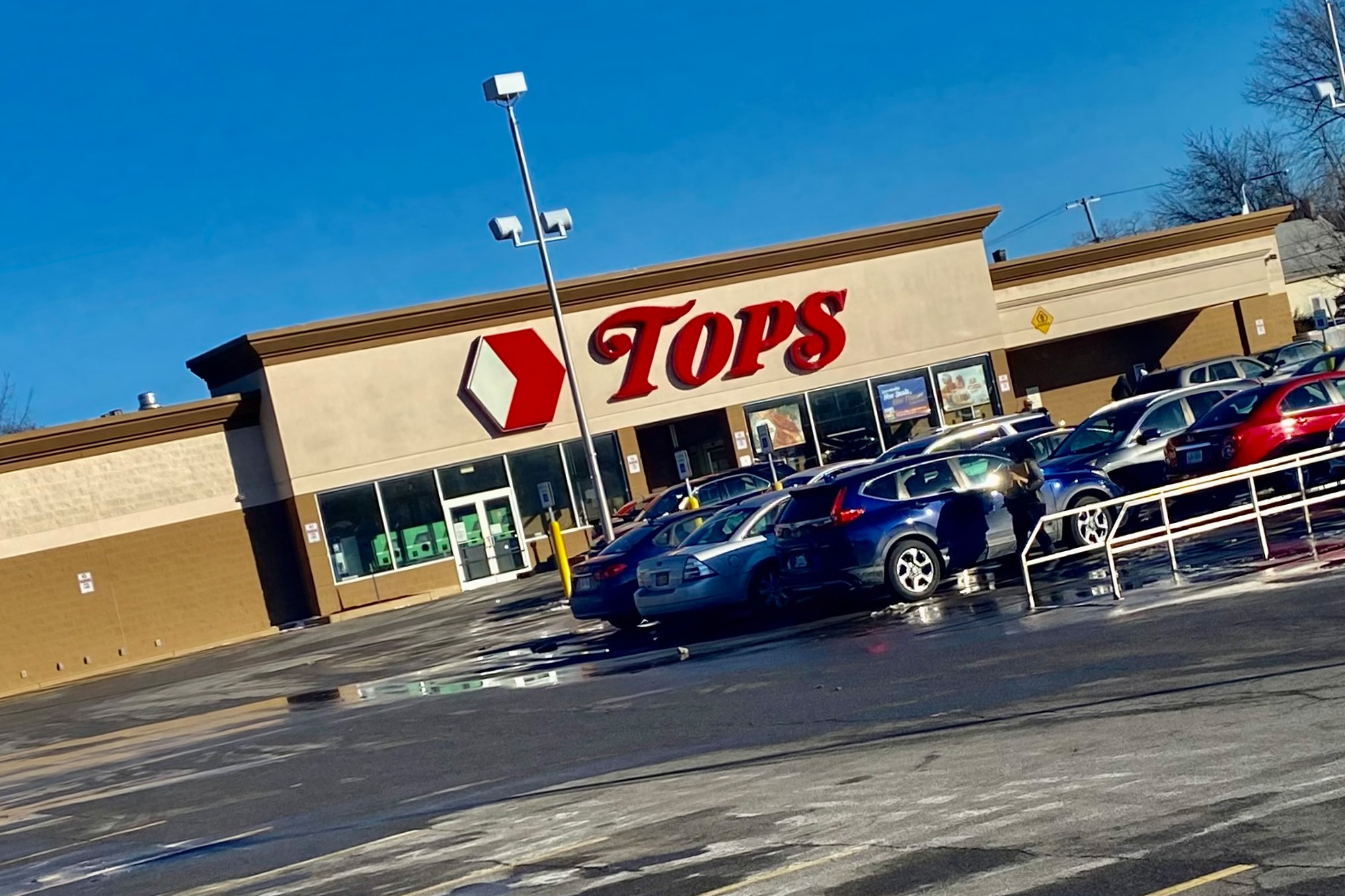 There is clear support for increased mental health coverage and availability, and inherent in that effort is prevention.

“Columbine was a major shift, the bellwether in our profession to a degree,” said Mitchell, the veteran cop mentioned above. “The training changed from ‘contain and negotiate’ that was very successful with hostage taking to preparing officers to go in when it’s an active shooter. Then, with subsequent mass shootings, such as Virginia Tech, that caused a lot of universities — including mine — to develop a place or group you can call to evaluate a threat and do so confidentially.

“That is now called BETA: Behavioral Evaluation and Threat Assessment team — something all private and public schools should have.”

Having such a team available makes particular sense regarding schools, because research has shown conclusively that teenage brains are still developing, as is their level of impulse control.

In June, President Joe Biden signed into law a bipartisan bill that:

But the bill includes nothing about raising the age at which one could purchase a gun. Also missing were universal background checks (closing the gun show loophole) — according to the Pew Research Center, favored by 81 percent of American adults — and banning high-capacity magazines (favored by 64 percent).

Reduced to simplest terms — is this new law better than nothing? Absolutely. Does it address the elephant in the room — weapons of war? Not one iota.

As Rudyard Kipling wrote: “Words are, of course, the most powerful drug used by mankind.”  The media should use its power to shine a hot, glaring light on the horrifying damage these weapons incur. Stop mincing words. Stop softening the story. Use “weapons of war” every time in writing about mass shootings. Call these shootings what they are — atrocities, not tragedies.

And stop giving Republican officials a pass when they cite this amorphous category of “law-abiding” citizens — which actually includes potential murderers.

This is not about taking away the guns people buy to defend or protect themselves. This is about making clear each time what the pro-gun lobby is condoning — and sugar coating — after every mass shooting. Perhaps if the public hears or reads the words “weapons of war” and “atrocity” often enough, they will begin to understand that such killing machines have no place in society.  It is way past time to stop this seemingly unending flow of innocent blood.

Susan R. Paisner is a Maryland-based criminologist, writer, and triathlete.