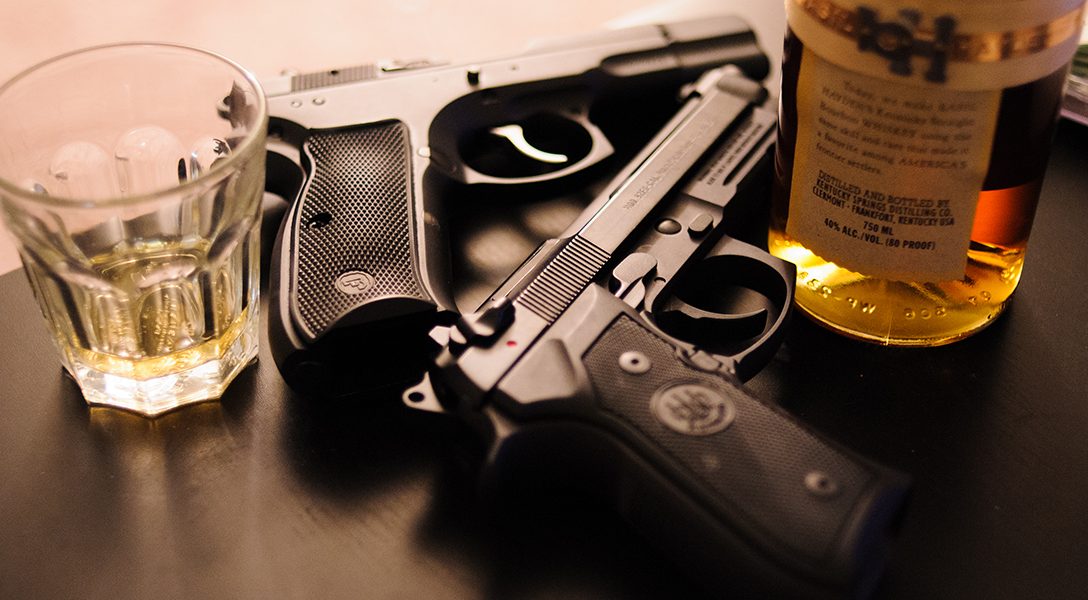 Something’s wrong with your uncle across the street. He’s always been a strange guy, but he’s been acting more strangely than usual since he lost his job last month. He’s been drinking a lot more too. He sits around all day, drinking Genny Light, and watching TV when he’s not blasting up the backyard with his .12 gauge. He’s been banned from the local bar, which is a rare distinction to achieve. Your aunt is so afraid of him that she and her kids just moved in with you. She’s terrified he’s going to hurt himself or someone else. Thing is, so far he hasn’t done anything illegal: He hasn’t made any direct threats, or brandished his guns in public, or assaulted anyone.

If you live in a state that has red flag laws, formally known as Extreme Risk Protection Orders (ERPO) or, in some states, as Gun Violence Restraining Orders, your aunt can petition to have your uncle’s guns taken away for a period of time (for weeks, months, or up to a year, depending on the state).

Before Parkland, five states had red flag laws on the books. In the past year, nine more states passed them, and 25 states are considering them. Supporters, such as the Giffords Law Center, point to success police have had in stopping potential mass shootings using these laws, such as a case in Vermont last year, in which police confiscated the guns of an 18-year-old who kept a notebook titled “Journal of an Active Shooter.”

Furthermore, one study focusing on suicides in states with red flag laws found a demonstrable reduction in suicide rates, and a similar study that focused on Connecticut estimated that that state’s red flag law may have prevented up to 100 suicides.

As far as gun control laws go, these measures are widely popular. That even goes for Texas, where 72 percent of voters voiced support in a recent University of Texas/Texas Tribune poll. That popularity also extends to Texas Republicans, 60 percent of whom favor these laws. So far Republican-controlled legislatures in Indiana and Florida have passed such bills, and seven Republican governors have signed red flag bills into law. Even National Review has written favorably about them.

The Consequences of Disarming the Uncooperative

Yet as popular and sensible as these measures might sound, here is how the application of a red flag law — signed into law by a Republican governor — played out last year in Maryland:

On November 5, two Anne Arundel County police officers knocked on the door of Gary J. Willis at 5:17 AM. They were there to serve Willis with an ERPO and confiscate his guns. Willis, who had been asleep, answered the door with a gun in his hand.

The officers said Willis put the gun down, then “became irate” when they explained why they were there — and picked up the gun again. A struggle ensued, and one of the officers fatally shot Willis.

Police and many gun control advocates pointed to this incident as proof that Maryland’s red flag law was working. Yet one doesn’t have to Google too hard to find a sharply contrary view: On one website after another, gun rights’ advocates present this shooting as a symbol of gun control gone insane. And you don’t have to delve too deeply into the comment sections to find people basically accusing the cops of murder. One of Willis’s relatives was “dumbfounded” by the shooting, telling the Baltimore Sun that police “didn’t need to do what they did.” Nevertheless, that’s what happened, and it happened after another family member applied for the ERPO.

Due Process and ‘The Minority Report’: Where the ACLU and Conservatives Find Common Ground

Willis is not around to ask for his version of what happened that morning. But one cannot predict how an armed person — especially one who gave relatives reason for concern — would react to being awakened at 5:17 in the morning and disarmed by police.

This is not the only kind of troubling scenario these laws might produce, and it isn’t only the bloggers of the alt-right who have concerns. The American Civil Liberties Union (ACLU) of Rhode Island, for instance, has serious qualms with that state’s red flag law.

In a 14-page analysis, the organization last year took issue with “the breadth of this legislation, its impact on civil liberties, and the precedent it sets for the use of coercive measures against individuals, not because they are alleged to have committed any crime, but because somebody believes they might, someday, commit one.”

Possible violation of due process is the primary concern of this paper, which likens this law to the science fiction scenario of The Minority Report, in which precognitive police try to stop crimes before they’re committed.

The paper also argues that an ERPO “could be issued without any indication that the person poses an imminent threat to others, and without any evidence that he or she ever committed, or has even threatened to commit, an act of violence with a firearm.”

It also points out that a respondent is not automatically appointed counsel for a court hearing, and that ultimately the burden of regaining possession of confiscated guns is placed on the respondent.

The paper questions whether “overblown political rhetoric” on social media might constitute grounds for a judge to issue one of these orders. Also, it expresses concern that police might someday use this law “as a shortcut to seize lawfully owned weapons” from suspected gang members, or “as a general search warrant that could conveniently allow police to  ‘stumble across’ evidence of unrelated illegal activity.”

Finally, there’s the unintentional social damage that such an order might do to a respondent, since the law could allow police “to warn potentially hundreds of people that the individual might pose a significant danger to them.”

The national ACLU has taken a more ambiguous stance on red flag laws, saying only that these laws “must at a minimum have clear, nondiscriminatory criteria for defining persons as dangerous and a fair process for those affected to object and be heard by a court,” but without going into further specifics.

Many of the concerns raised by the Rhode Island ACLU are shared by the Rutherford Institute, a legal defense nonprofit generally viewed as the ACLU’s conservative mirror-image. “The major due process concern with ERPOs is that they allow a person to be deprived of property (a gun) and liberty (their Second Amendment right) before they are granted an opportunity to be heard,” John W. Whitehead, president of The Rutherford Institute, told WhoWhatWhy.

Like the Rhode Island ACLU, Whitehead foresaw the potential for abuse by police “for malicious ends, such as to harass the target.” He also cited the Maryland incident as an example of the possibility that “violent confrontations” might occur “when police arrive unexpectedly to seize a person’s firearms.”

But the most chilling concern that Whitehead identified was the possible misuse of an ERPO by police “to conduct an end run around the limits of the Fourth Amendment’s ban on warrantless searches and seizures.”

Whitehead also agreed with the Rhode Island ACLU’s concerns about the law’s failure to provide for legal assistance. “The target can apply for assistance from a public defender,” he said, “but there is no guarantee that such assistance will be granted, forcing the target to either represent themselves or expend significant amounts to hire an attorney.”

Both concerns regarding legal counsel also involve scenarios in which poor respondents would face serious obstacles to defending themselves. While most red flag laws have provisions criminalizing malicious misuse of these orders, that misuse can only be challenged by a respondent who is able to attend all scheduled court hearings. Poorer respondents may have limited resources, or no transportation, or an employer who won’t grant time off for a court hearing.

So far, neither Whitehead nor the Rhode Island ACLU is aware of any court cases challenging red flag laws on constitutional grounds. However, given the problems identified by critics on both the left and right, it may be only a matter of time before that happens.

These laws do not address the fact that potentially dangerous people are able to easily get guns in the first place. US civilians own anywhere between 265 million and 393 million guns — or even as many as 600 million. The estimates vary so widely because no one really knows how many guns are out there — or who owns them.

WhoWhatWhy will continue to investigate this systemic problem from a variety of angles in future articles.