Anyone who still wonders why the Bush administration invaded Iraq would do well to become familiar with an institution whose existence few Americans are aware of: the American University of Iraq-Sulaimaniya. Located in Kurdistan, at the nexus of northern Iraq's border with Iran and Turkey, AUI-S opened its doors in 2007. At the time, Thomas Friedman of the New York Times wrote about it with the sort of wide-eyed enthusiasm that had generally accompanied the invasion itself four years before. "Imagine for a moment if one outcome of the U.S. invasion of Iraq had been the creation of an American University of Iraq...Imagine if we had created an island of decency in Iraq...Well, stop imagining." [Read the rest]"> Russ Baker and Kristina Borjesson, Author at WhoWhatWhy 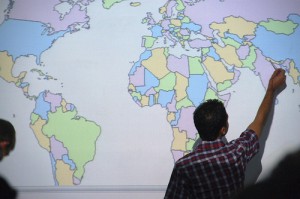