We hope this letter finds you well. We’re writing to you from the province of Ontario in Canada, one of the nation’s 13 provinces and territories, and home to one of the two Canadian cities that US celebrities visit: Toronto.

First off, we would like to say sorry that our Blue Jays beat your Rangers in the season opener earlier this month. Baseball is infamously America’s game, and you folks played wonderfully. We found the display of athleticism nothing if not admirable.

To be frank, that’s not the only thing we admire about your state. We’d also like to offer our congratulations on managing to open up your state at 100 percent capacity — the first in the country to do so, as well! What a testament to the values that Texans hold so dear: Anything can be overcome with determination, grit, and wearing an elaborate disguise on the flight home from Cancun.

Now, in addition to lifting regulations, you have also made vaccines available to the general public. Any adult is welcome to book an appointment, yet we know that many have not jumped at the opportunity and it’s requiring a bit of persuasion from your government.

This brings us to the reason for this letter. 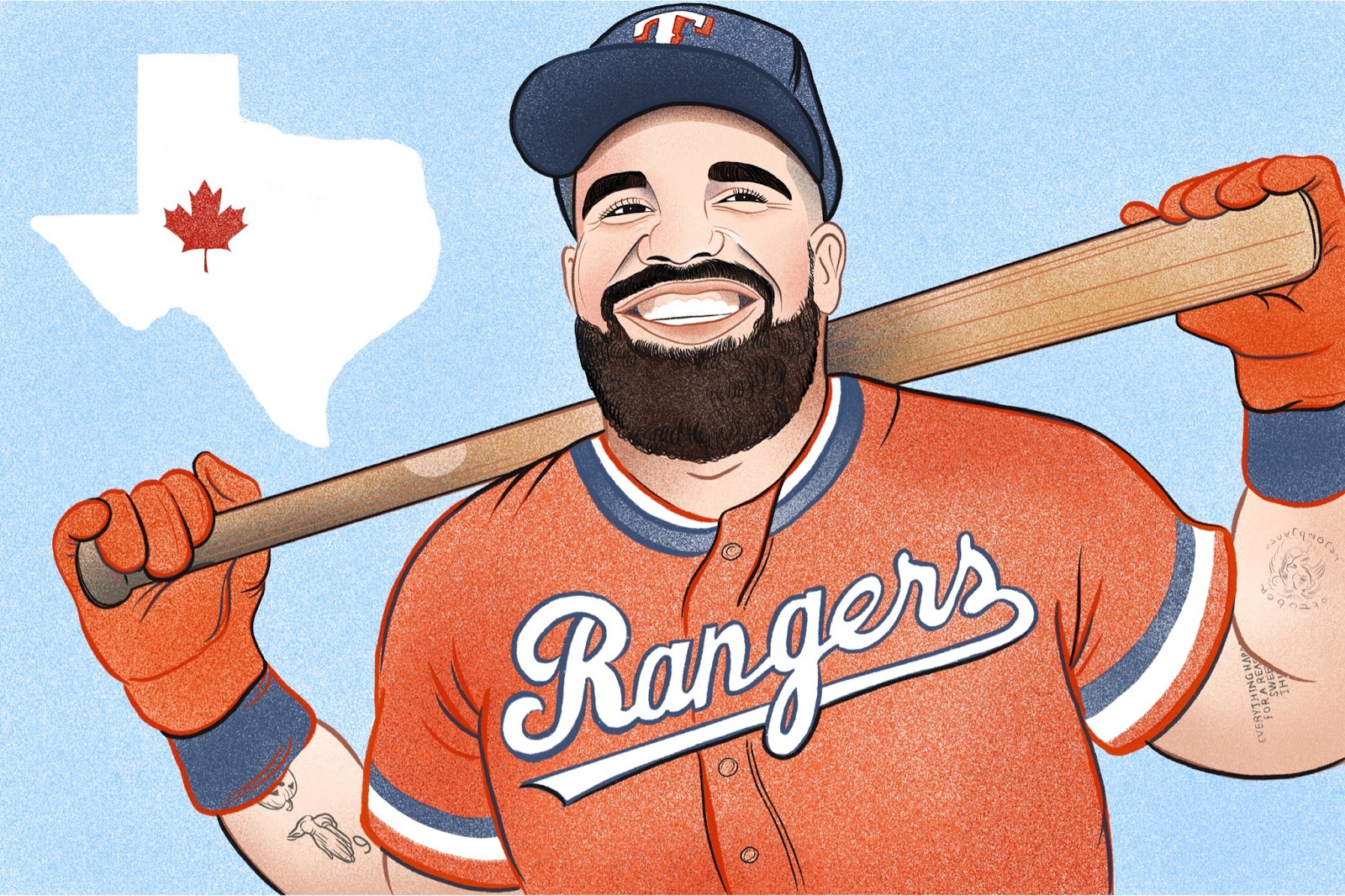 This is our formal proposal for a cross-continental vaccination alliance between the province of Ontario and the state of Texas. Because of our difficulty with organizing the vaccine rollout here, we are happy to offer up our Canadian immune systems so that none of your supply goes to waste. You have shots, we have arms!

We request a dedicated shuttle bus from the Windsor-Detroit border (leaving at whatever time of the day or night is convenient) that would travel to a vaccination site within your wonderful state, where we are happy to swap stories of our respective frontiers while we accept your inoculations and world-famous barbecue.

In exchange for this medical hospitality, we can offer items of Canadian national pride and value. Whether this is authentic maple syrup, Canadian rye, lumber, a discount on Alberta oil, snowplows, several members of the Blue Jays, more snowplows, Drake himself, or the entire province of Quebec (further information provided upon request), we’re willing to make the trade. Just let us know what would spark the most joy.

We know that you’re big fans of our socialized medical system, Texas. We bet you’re as surprised as we are that we find ourselves in this pickle. How’d we get here, you ask? It’s a bit of a funny story.

As of December, Canada had purchased enough vaccines to cover the province several times over. However, our Prime Minister Justin Trudeau (think Beto but fluent in French and with longer hair) and his team opted to order from the European Union. He was worried that buying from the US during Trump’s “America First” push would land Canada at the back of the queue. But my golly, if this year has taught us anything, it is to expect the unexpected! Which brings us to our next point: Europe has been struggling with meeting vaccine demand, leaving us Canadians at the mercy of foreign shipments as we do not have production capability.

Ontario’s Premier Doug Ford and his team have been extremely critical of the Canadian federal government and its ineffectiveness in securing the vaccine supply. His exact words? “It’s a joke.”

Our supply has been trickling in — in fits and starts. Moderna has been delayed three times, leaving us with Pfizer, which is used for frontline workers and the most vulnerable elderly population, and AstraZeneca, which only recently became available to adults aged 40-60 (previously available only for adults aged 60-65). 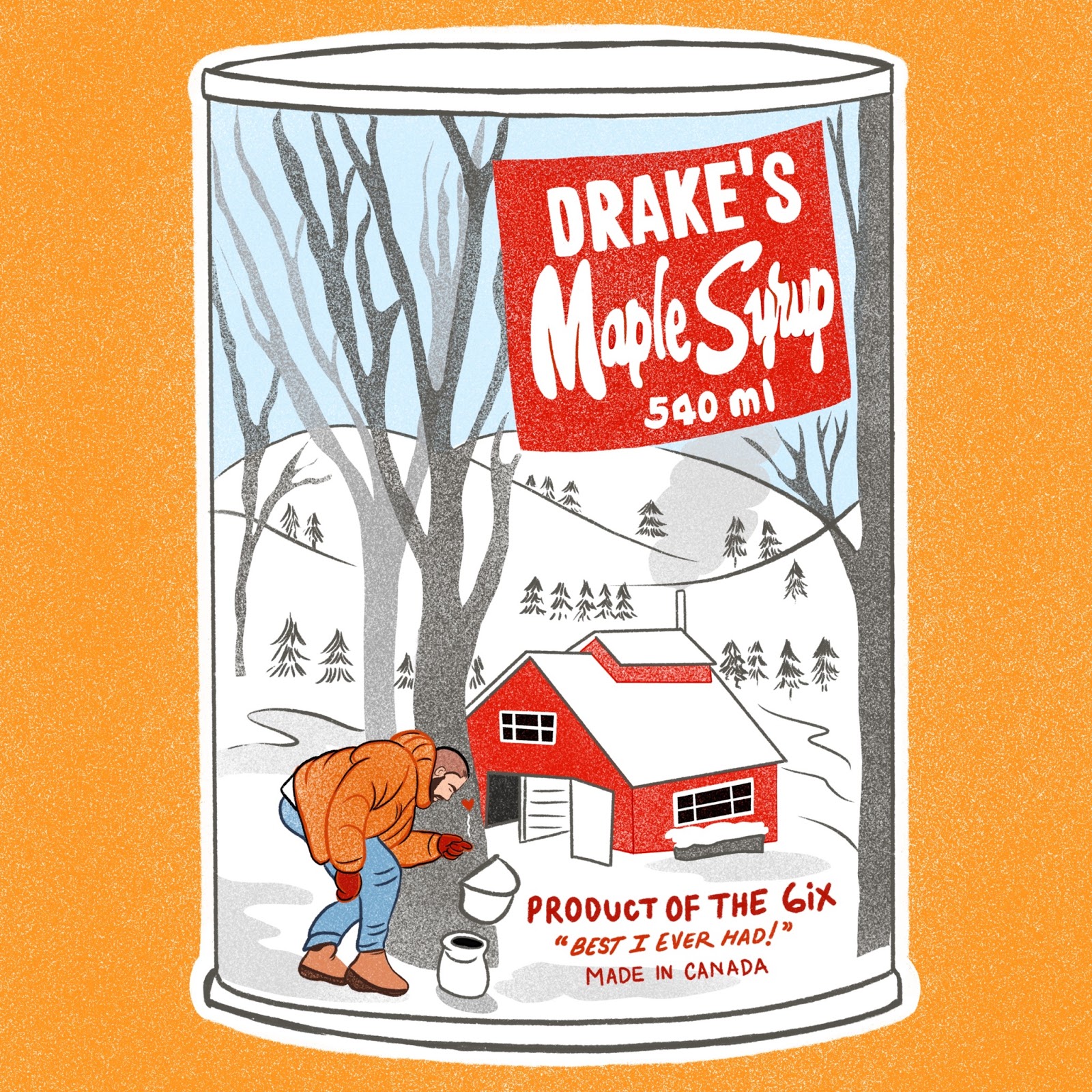 You’re probably wondering, well hey… what about those adults under 40? Many of them have to go out to work to make rent, put food on the table for young kids, or even pay tuition.

My goodness, it is an even funnier story!

We Canadians have a cute habit of keeping a positive outlook, so when it became clear that vaccines would not be coming as we’d expected, and we had to keep rolling with the public-health guidelines, we said, “Huzzah! We love routines!” And when Ford’s science advisers suggested we close large factories and warehouses, and offer paid sick days for employees, we said, “Huzzah! Basically a vacation!”

And when, on April 16, Ford announced that parks and playgrounds would be closing and police would now be able to stop passersby at random, asking why they were not in their homes, we said, “Huzzah! More time for kids to sit quietly indoors with their parents in our extremely friendly police state!”

But ultimately, it was felt that this was maybe a little too much. Therefore, amid a massive — but polite — outcry, leadership rolled back the playground closures and assured everyone that police would not be stopping us at random.

We can confide in you: Tensions are high! Additionally, faith in our leadership has gotten spotty, as the infection rate in the province climbs past 10 percent.

We know you love publicly supported media, Texas, so you surely caught Michael Warner, medical director at Michael Garron Hospital, telling NPR last week: “I’m tired of [lockdowns] and so are my colleagues, and unless that changes, this four weeks [shutdown] is going to be a complete waste, because we will not have gone after the root cause, which is transmission in essential workplaces.”

You see, Texas, we’re now in a position where expert advice isn’t being taken seriously. There is an issue not only with supply, but with clearly communicating to the public what is happening. When will shots be arriving? When will they be available? Do we have enough trained medical staff province-wide to get those shots into arms? True story — we’re all relying on a sole Twitter account called Vaccine Hunters to keep us up to date on the availability of shots.

It all raises the question of whether our elected officials have the answers. Do you know this feeling, Texas? Your leaders have made some questionable choices, too, over the years. But we’re not here to point fingers! We’re here to exchange maple syrup and Drake for some syrupy sweet vaccinations. Sure, you defied public health guidelines by reopening the entire state outrageously early! And sure, you haven’t done the best job of vaccinating your Hispanic population, but then, neither has California! Still, in general, you’ve done better than we have. And believe us, we know it’s easy to make crazy and unwise decisions sometimes. We all “fly to Cancun” every now and then. 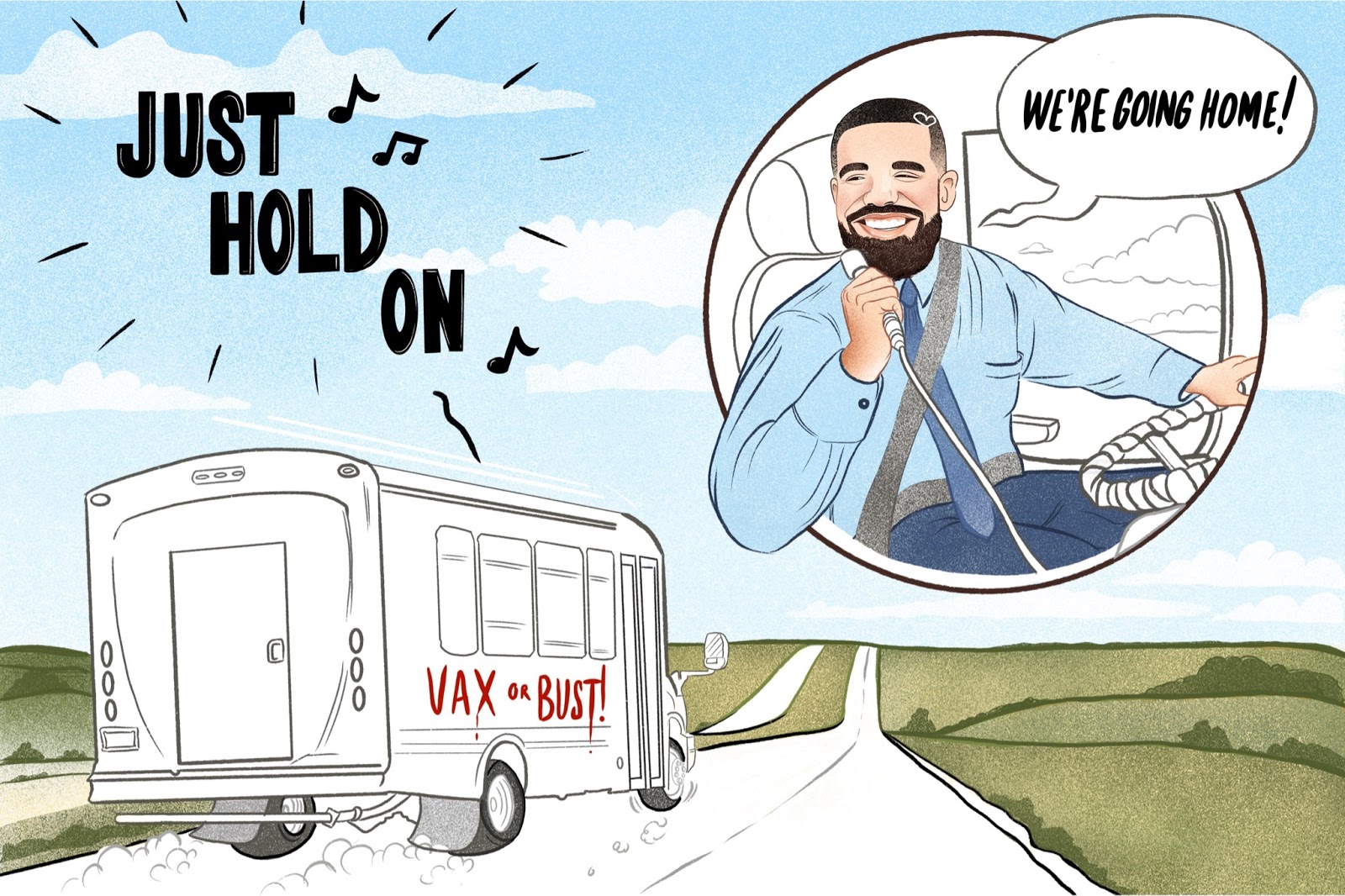 Finally, our dear Southern Brethren, as you consider our situation, we hope that you also think of this as the beginning of a long-standing, meaningful friendship. Once the pandemic is through, we hope to keep the shuttle system going, bringing Ontarians to Austin, bringing Texans up to Algonquin. We are sure you will like it up here, vaccine passports or no. Like you, we work hard, we know the value of being folksy, and we’re ready to get back to normal life. Doesn’t it make sense to just hop on a bus and head to Texas? We think so. Looking forward to enjoying a margarita with you soon.

The Citizens of Ontario