The guilty verdict against Derek Chauvin for murdering George Floyd should have been obvious from the beginning. Few killings have been so thoroughly documented or videotaped, or had so many witnesses present — many of whom pleaded with the perpetrator to stop.

In the end, it took the jury just 10 hours to reach their decision. But while the verdict against Chauvin is encouraging, we still have a long way to go. The murder of George Floyd took place a year ago. Despite the protests inspired by the Black Lives Matter movement, incidents involving police violence against African Americans continue.

According to the research group Mapping Police Violence, 28 percent of the Americans shot by police in 2020 were Black, even though African Americans account for only 13 percent of the population. If you are Black, you are statistically more than three times as likely as a white person to be killed during an encounter with the police. And 2021 does not promise to be much better. Police have already shot and killed 319 people since the beginning of the year.

For many African Americans, an encounter with the police these days — even if it does not involve shooting — is a harrowing experience. Just ask US Army 2nd Lt. Caron Nazario, 27, who was stopped by police in Windsor, VA, because his car had no license plate visible in the back. He had temporary plates taped to the rear window.

In what should have been an ordinary traffic stop, police approached Nazario’s car with their guns drawn and threatened to shoot him. It didn’t matter that he was in uniform or had his hands up and out of the window to show he was unarmed. Dark skin was all that counted. When Nazario asked the officers what was happening, one of the policemen shouted back, “What’s going on, son, is you’re fixing to ride the lightning” — a bizarre reference to execution by electric chair. Does anyone wonder why encounters with police make African Americans nervous?

Nazario said he made no attempt to evade the police, but he did wait until he could stop in a well-lit place. He didn’t want to end up just another corpse by the side of the road. Nazario’s caution is easy to understand. The man he called uncle, Eric Garner, was strangled to death by a New York City policeman on Staten Island in 2014. Garner’s death was ruled a homicide. In contrast to the Chauvin case, the policeman responsible was not indicted, let alone brought to trial.

No one questions that working as a police officer can be dangerous. Trying to subdue a suspect who is actively resisting arrest almost always results in an emotionally tense confrontation. Adrenaline is flowing at precisely the moment when a police officer is required to make an instantaneous decision about the correct amount of force to use. It is not easy, but it is precisely what the job entails. In Chauvin’s case, the more than nine minutes in which he used his knee to apply pressure to George Floyd’s neck was hardly a split-second decision, especially since Floyd was already handcuffed and lying on the ground.

It is hard to know what was going through Chauvin’s mind when he killed Floyd, but two factors very likely played a role. The first is the Black-white divide that results from the undercurrent of racism in America. The second is the way the police approach law and order. As for racism, there is no question that If you are Black you are statistically more likely to be seen as potentially suspicious by a police officer than if you are white. As Nazario discovered, you also don’t have to be poor to be a potential victim. You can be an officer in the US Army. It doesn’t make much difference.

The prejudice against African Americans is a hangover from the evil of slavery and the Jim Crow era of discrimination and oppression that followed the Civil War. We may not like to admit it, but racism is a shameful and corrosive reality that the country still has to deal with.

The Black Lives Matter protests that swept the US last summer — and the fact that a significant proportion of the protesters were white — are hopeful signs that the country may finally be ready to recognize the dimensions of the problem.

But a complicating factor in race relations in the United States is the increasing tendency of the police to act as a semi-military organization. We are becoming accustomed to seeing police SWAT teams and military vehicles that are indistinguishable from the ones that the US Army uses in combat. 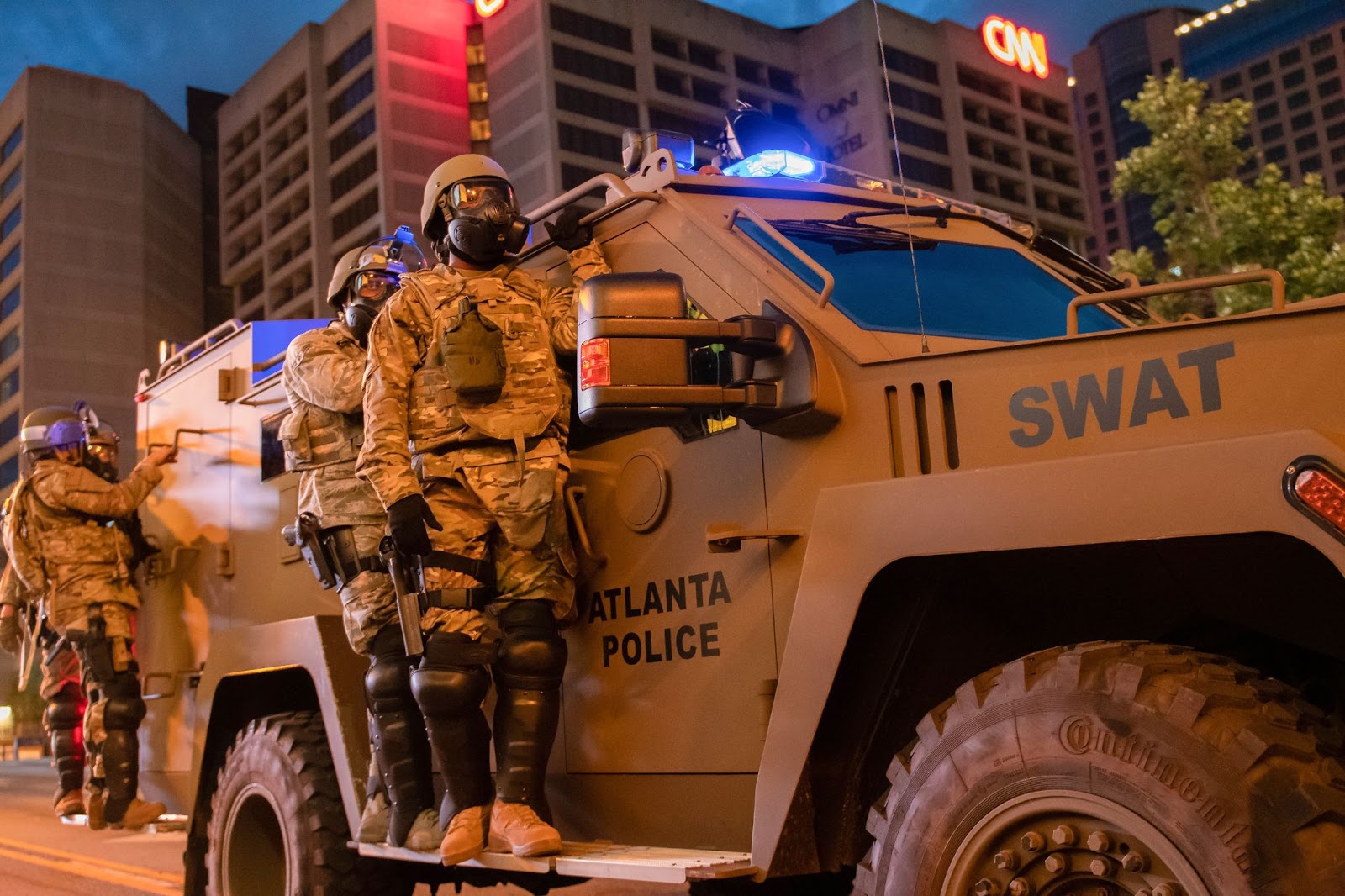 In truth, there is a major difference between what we expect from a police officer and from an active-duty soldier.

The soldier is expected to kill on command, and to do so without asking too many questions. Police officers are — or should be — different. They are expected to keep the peace and to shoot only in situations where there is no other alternative. Sir Robert Peel, who created London’s Metropolitan Police, which became the model for most modern police departments, put his officers in blue uniforms to distinguish them from the army, which in Britain wore red uniforms. That distinction appears to have been lost in America. As the police begin to resemble the military, their role starts to look more and more like an engagement in class and racial warfare. The solution is not to completely defund the police, but to rethink the philosophy and the rules that we want the police to follow.

From that perspective, we should look at the trial of Derek Chauvin as more than just the story of one police officer who went rogue. The environment and philosophy of the police department for which he worked may be as much a part of the problem as Chauvin’s racial animus. The Justice Department in fact has now launched an investigation into whether the Minneapolis Police department engages in a pattern or practice of excessive policing. The fact that a number of active police officers sided with the prosecution and denounced Chauvin’s actions is a positive sign. But, again, it is only the beginning.

Finally, there are some 18,000 individual police departments across the country, and each department has its own ideas about what constitutes law and order. The result, unsurprisingly, can produce chaos. There may not be a single solution that fits all situations, but it is becoming increasingly clear that we need a baseline that lets us know what to expect from the police no matter where we are in the country.

In short, we need some sort of national standard that can apply to everyone. Despite the Chauvin verdict, time is running out. The conviction provided a brief respite, but in Philadelphia, more than 1,000 National Guard troops were placed on standby in case the verdict went the other way. As it turned out, there was a nearly festive atmosphere and a brief sense that at least this time justice was done. In the future, we may not be so lucky.