This week the internet revealed yet another way one COVID-19 vaccine could impact its recipients: Moderna’s effect on menstruation.

At least 37 women, after receiving the Moderna vaccine, reported that they were experiencing unusually heavy periods, spotting, and intense menstrual pains, according to the Center for Disease Control’s Vaccine Adverse Event Reporting System (VAERS). This came after the news of extremely rare blood clots in six women caused by the Johnson & Johnson vaccine gripped the US, triggering the CDC to pause the distribution of doses until researchers better understand what is causing them.

But unlike the Johnson & Johnson vaccine, the Moderna vaccine’s impact on a person’s periods is actually quite normal, if unexpected, according to Dr. Taraneh Shirazian, a gynecologist and gynecological surgeon at NYU Langone Health.

“A woman’s reproductive [process] is a very delicate balance of hormonal response, and any external stress on that [system] can cause irregular bleeding,” Shirazian said, noting that anything from a new medication to the flu could trigger an immune response that affects a person’s period.

A vaccine, which builds the body’s immunity to a particular virus, is an example of this. In fact, Shirazian noted that even if there were no reports of changes in menstruation, she would have expected it to be happening anyway.

“It is not uncommon to spot or have an irregular period for one cycle,” after a change in the body’s chemistry,” Shirazian said. “Any vaccine can do the same — anything that invokes an immune response.”

Still, experts maintain that getting a coronavirus vaccine is exponentially safer than getting the virus itself. To put this into perspective, there’s a greater chance of having a life-threatening blood clot from oral birth control than from the vaccine.


Dr. Jennifer F. Kawwass, medical director of the Emory Reproductive Center, echoes Shirazian’s response, noting that small factors like stress can alter menstrual cycles. This is why, according to Kawwass, the vaccine may not be the cause for a change in one’s period, but possibly a coincidence.

“Such symptoms may not be a result of the vaccine,” Kawwass said. “But even if they were, they are unlikely to impact a woman’s overall health or future fertility as they are likely transient.”

Shirazian noted that she was concerned about online discussions hinting at the Moderna vaccine’s possible impact on fertility. This, as both doctors stressed, is unlikely.

Shirazian continued, stating that “any stressor on the system, if it is throwing off your cycle in that first month, it could also throw off your ovulation in that first cycle. … But it should not mean anything long-term.”

That being said, anyone who notices a significant change in their menstruation cycle should consult a gynecologist. If these changes come after a vaccine, they can also be reported to VAERS. COVID-19 vaccine recipients can also note any changes to their periods in an online survey by Dr. Kathryn Clancy and Dr. Katharine Lee, two researchers who were the first to publicly note these side effects and are working to study the impact of vaccinations on menstruating people further.

Effects of the coronavirus vaccines, as well as the COVID-19 virus itself, are still being studied. According to a CDC report released after the first month of vaccine distribution, women received 61.2 percent of vaccine doses but accounted for 78.7 percent of reported adverse side effects, ranging from headaches to fatigue. 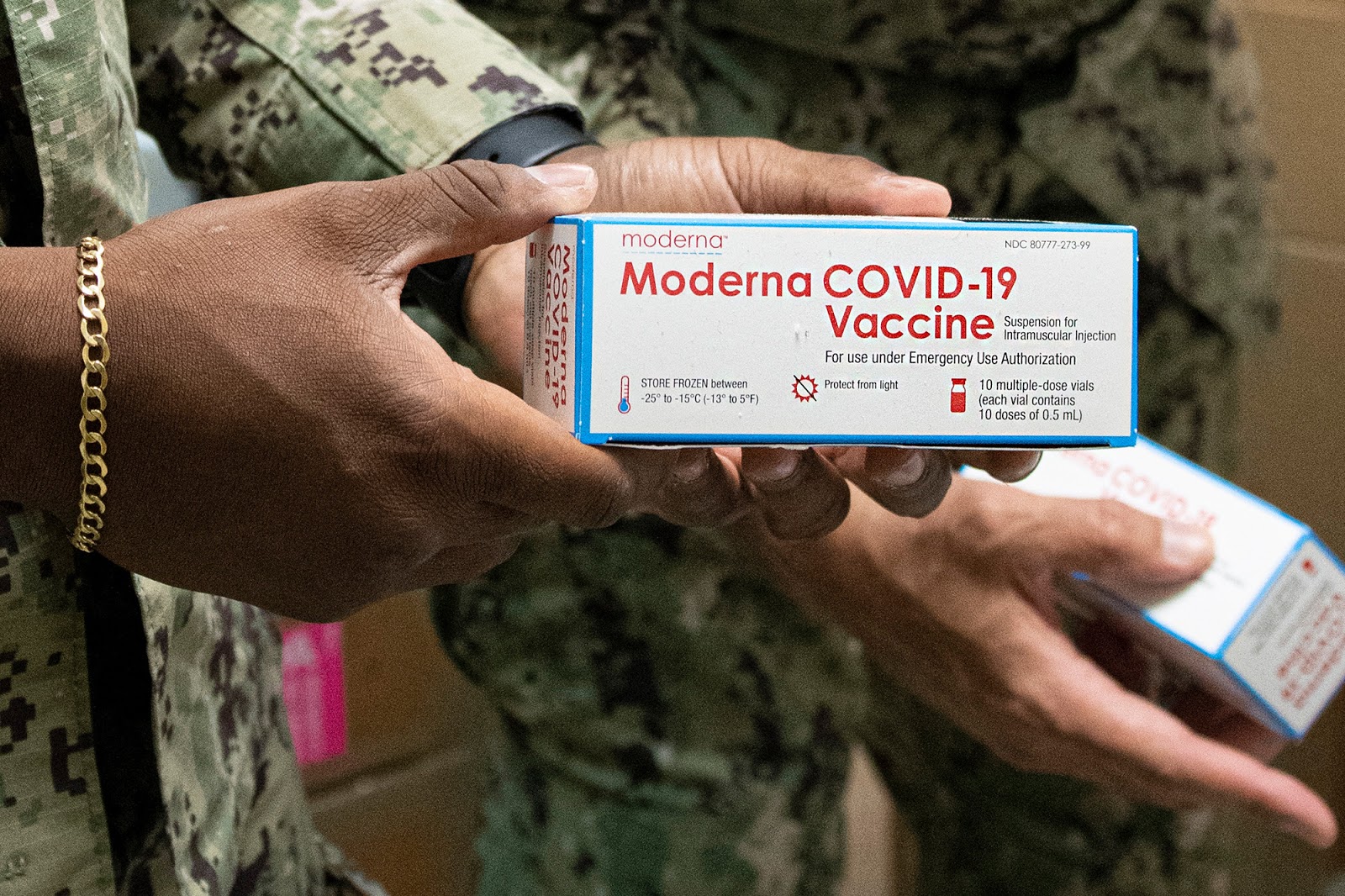 Still, experts maintain that getting a coronavirus vaccine is exponentially safer than getting the virus itself. While COVID-19 effects on fertility are still being researched, scientists found that COVID-19 patients are more at risk to experience life-threatening blood clots, as reported by Insider; however, those who receive the Johnson & Johnson vaccine have less than a one in a million chance of experiencing a blood clot.

To put this into perspective, there’s a greater chance of having a life-threatening blood clot from oral birth control than from the Johnson & Johnson vaccine.

“People are paying so much attention to these vaccines because they’re new, and we want to make sure they’re safe, and people have concerns from the get-go about them,” Shirazian said. Because of the public scrutiny surrounding these new vaccines, Shirazian expects to see more reports of menstrual side effects as people continue to get vaccinated.

Since women were not included in vaccine trials until 1993 and there is no data on how vaccines can affect menstruation in general, the more information collected on COVID-19 vaccine effects, the better — so long as these effects are rationally reported.

“I definitely think that we should collect the data and it should be studied, and not only with this vaccine but with other vaccines because it does help us figure out what we can expect every time you get vaccinated,” Shirazian said. But the reason to report these effects should be to normalize them rather than create panic.

“[Menstrual changes] can pretty much be an expected response with any new medication or intervention or anything a woman goes through,” Shirazian concluded, stating that even though this seems like a new side effect of the Moderna vaccine, it’s probably “one that’s existed for a long time.”