They could be in your town or the next town over. Or both. Nobody knows. They’re contributing to health problems across the country, to climate change, and to other environmental problems.

They are wells that oil and gas companies drilled to extract fossil fuels and then simply abandoned.

Oil extraction techniques have been around since before the Civil War. In general, the well-drilling process involves pumping fluid at high pressure into deep-rock formations to free oil and natural gas. The newest method, hydraulic fracking, is done at extremely high pressure into shale and other deep-earth “tight” rocks such as limestone and sandstone. Some wells are the conventional pumpjack type; others look like a collection of pipes and valves.

After their useful life is done, wells are supposed to be filled with cement, a process that can take as long as a week. But many are not.

During the past century and a half, oil and gas companies drilled with abandon, creating millions of wells throughout the US. But in recent years the fossil fuel industry has taken a downward turn. The COVID-19 pandemic has only hastened this trend. According to The Wall Street Journal, the industry shrank by 11 percent in the first half of 2020.

As a result, many oil companies are declaring bankruptcy. Although the companies may be disappearing, their wells are not. Left unplugged, they can cause a host of environmental and health problems.

More than 40 percent of abandoned wells leak methane, according to the American Geosciences Institute. The Environmental Defense Fund notes that methane is 84 times more powerful than carbon dioxide in contributing to climate change and accounts for at least one-quarter of greenhouse gas emissions. In 2018, the EPA calculated that the estimated 3.2 million unplugged wells in the US contributed as much methane as about 16 million barrels of crude oil annually. 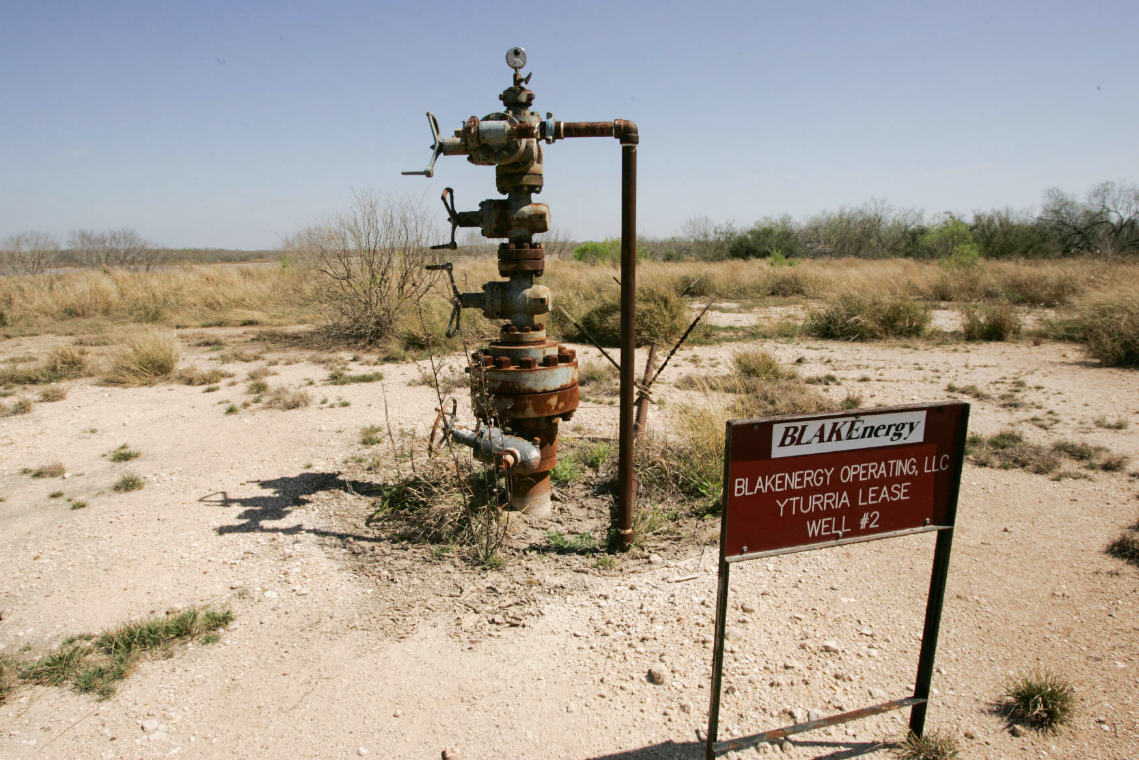 Methane isn’t the only worry. “Abandoned infrastructure can impact groundwater and, if you have leaks into enclosed spaces, the potential for explosions,” Robert Schuwerk told WhoWhatWhy. Schuwerk, executive director of Carbon Tracker North America, mentioned a 2017 explosion in Firestone, CO, which killed two people, injured a third, killed two pet dogs, and destroyed a house. The blast was caused by a natural gas leak that well-owner Anadarko Petroleum claimed had been plugged. A whistleblower, however, argued that Anadarko had been negligent in locating and inspecting old wells to ensure they were safe and secure.

Colorado state oil and gas regulators punished Anadarko with a fine of more than $18 million.

In addition to the risk of explosions, abandoned wells can become physically unstable and collapse in on themselves. This is especially true for older wells that were encased in wood, which rots over time. Other wells were made unsafe during World War II, when the metal tubes that lined them were salvaged for the war effort.

Although the holes are usually not wide enough for an adult to fall into, children can be at risk. “I looked up Pennsylvania missing persons online,” said Laurie Barr, co-founder of Save Our Streams PA. “The very first missing person that is listed on this list [of missing people] is a little girl that came up missing in an oil field. One of the possibilities is that she fell into a well.” Barr was referring to the unsolved 1938 disappearance of Marjorie West. The wells in the area where the five-year-old disappeared were already a century old at the time she went missing.

Barr, a self-described “abandoned-well hunter,” is working on a documentary about the problems those wells cause. She is especially concerned about their effect on the surrounding water table.

“They use chemicals to drill wells,” she said. “Most of the water [in a stream] comes from the aquifer. These abandoned wells could also be feeding [chemicals] into streams [that go] to a lot of people’s homes.”

According to a research paper by Jeanne M. VanBriesen, professor of civil and environmental engineering at Carnegie Mellon University, “The presence of bromide in source waters significantly increases the formation of carcinogenic disinfection by-products … in finished drinking water, increasing the population’s exposure to these by-products.” 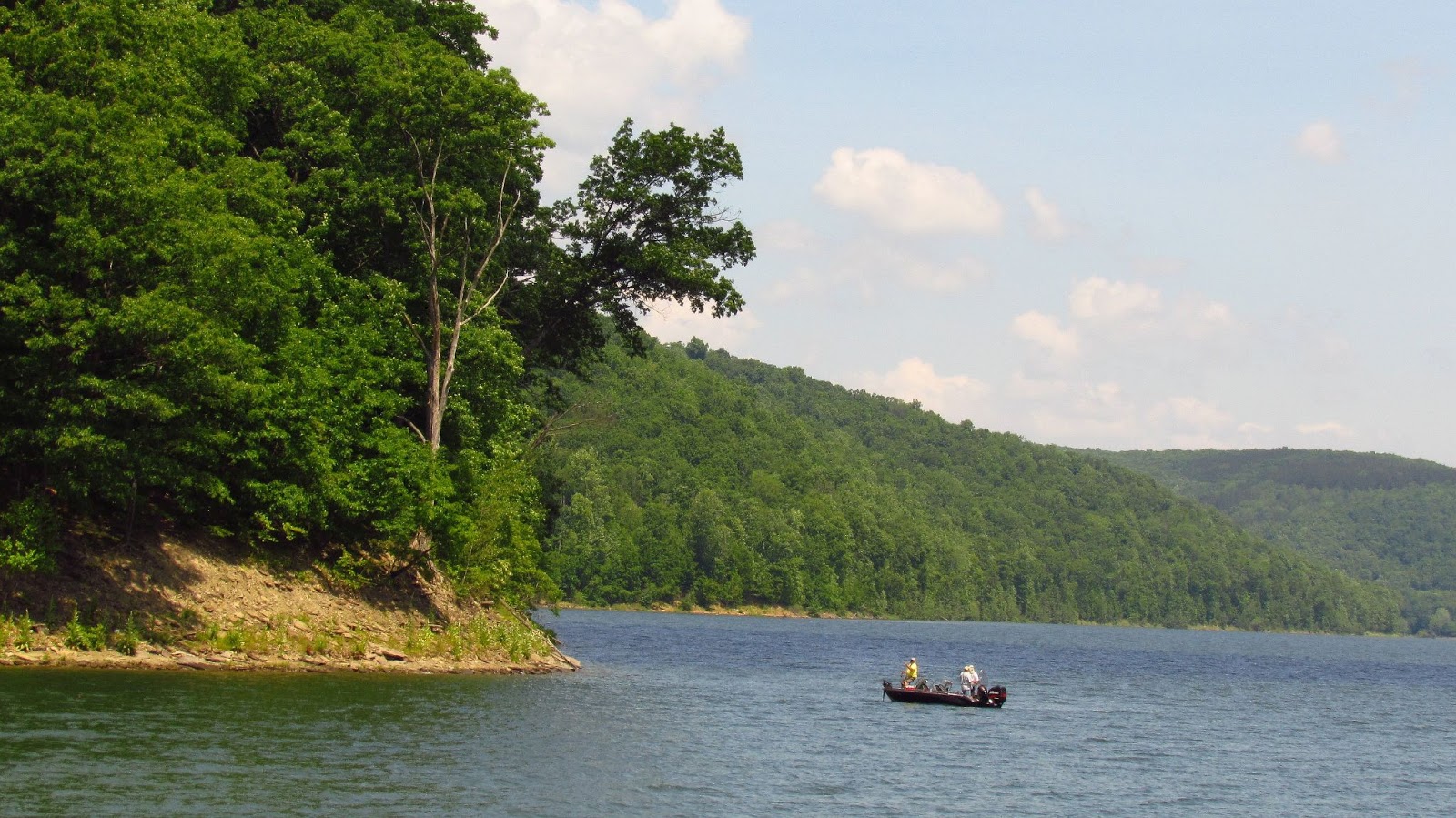 Laurie Barr, co-founder of Save Our Streams PA, says she has seen bubbling from a leaking well under the Allegheny Reservoir, in northwestern Pennsylvania. Photo credit: Jim Mullhaupt / Flickr (CC BY-NC-ND 2.0)

Wells may also leak barium and radium, said Matt Kelso, manager of data and technology for FracTracker Alliance, a nonprofit group that examines the impact that the oil and gas industry has on the health of people and communities, providing data and maps about oil industry activities at the international, national, and state levels. “Things like that [are] getting [into] people’s drinking water, and they may or may not be aware of it,” he pointed out. “You realize that your water is no good to drink, but sometimes you may not realize that before it’s too late.”

Particles from radium in water can also be ejected and become radon, a radioactive gas that can cause lung cancer.

Barr sees another way that leaking wells can harm health when she leads kayak tours in the Allegheny Reservoir, which was created during the 1960s by damming the Allegheny River and flooding oil and gas fields. “You can see the water bubbling all around the well, probably 100 feet away,” she said. “People fish in the area, and can be exposed to harmful chemicals that leak out of the well if they eat fish from the reservoir.”

The same is true for deer hunters. Deer are attracted to the salt that is released as a byproduct of drilling into dead seabeds. They then drink from water contaminated with carcinogenic chemicals called BTX, a mixture of benzene, toluene, and xylene. If people eat venison from deer that drank the contaminated water, they could be exposed to BTX as well.

What would it take to start fixing the problem? First, you’d have to find the wells. No one knows where or how many there are.

State government lists regarding the number of wells or their locations are often incomplete and outdated. Pennsylvania’s Department of Environmental Protection, for example, says that there are about 120,000 well permits on file in the state, but it estimates that the actual number of wells could be as high as 320,000, meaning that as many as 200,000 wells statewide may be totally unaccounted for.

“Here in Pennsylvania, in my community of Plum, I found an abandoned well right off of trails in a municipal park,” said Kelso. “I called the Department of Environmental Protection, and they verified that it was there and they said that they were going to add it to their list; but it’s been more than a year. I know other people who have had similar experiences here in Pennsylvania.

It’s frustrating when you’re dealing with abandoned wells because you have this incomplete data set.”

Responsibility for capping wells depends on whether the well is technically orphaned or abandoned. “There’s abandoned wells and there’s orphan wells,” Kelso said. “The difference is that orphaned wells don’t have a responsible operator, and the abandoned wells supposedly do. So if a company has an abandoned well, it’s still on that company to plug that well. But if they happen to go bankrupt and go away, then it’s going to be the responsibility of the state regulatory agency to pay.”

According to a 2020 report by the US Government Accountability Office, it would cost an estimated $435 billion to deal with these wells.

“This is the total liability, not the total amount the state and federal government will have to pay,” said Schuwerk. “[The fossil fuel] industry pays into orphan well funds to remediate some abandoned wells, but those amounts, combined with the financial assurance [the] industry has provided governments, is wholly insufficient to cover plugging, much less reclamation/restoration activities. In some cases, governments have had to pay to plug these wells.”

President Biden’s massive new infrastructure bill proposes spending $16 billion to plug abandoned oil and gas wells nationwide. But it can cost anywhere between $40,000 and $300,000 to plug a well. And even cement eventually breaks down, which will require most, if not all, of those wells to be replugged. $16 billion is a good start, but it might just be just a drop in the bucket, or, in this case, the well.