After a decade of watching from the sidelines, the Securities and Exchange Commission is stepping up to regulate how publicly traded companies disclose the risks that climate change poses to their operations. Dividend-focused investors have long clamored for reliable insight into which companies take these risks seriously, while climate-conscious investors may finally gain a clearer picture of the biggest polluters on the market.

“There is really no historical precedent for the magnitude of the shift in investor focus that we’ve witnessed over the last decade toward the analysis and use of climate … risks and impacts in investment decision-making,” said Acting Chair Allison Herren Lee last month at a presentation to the Center for American Progress, a public policy think tank.

The SEC is an independent federal agency tasked with protecting investors from being manipulated, much as the Federal Trade Commission safeguards shoppers from false advertising claims. To that end, the SEC regulates financial disclosures of publicly traded companies and of asset managers, and so determines what kind of information investors have to work with when choosing to buy or sell shares.

Companies are required to file a range of reports to give shareholders a clear view of how business is going and reveal associated risks. Reports include certified financial statements covering cash flows, long-term obligations, and dividends per share; information about extraordinary events such as mergers, bankruptcy proceedings, and changes in company bylaws; and background on issues up for a vote at yearly shareholder meetings.

This kind of information crosses what the SEC calls “the materiality threshold”: It affects a company’s bottom line, and with it shareholder returns. Exactly where the threshold lies is debated even within the SEC, but information is generally considered material if it’s likely that a reasonable investor would deem it important in making an investment decision.

Decades ago, environmental concerns played a minor role in financial disclosures. Little changed even when, in 1971, the SEC added two examples to what it considers material: significant capital costs to comply with environmental laws and expenses for lawsuits exceeding $100,000 in penalties from breaking those laws. 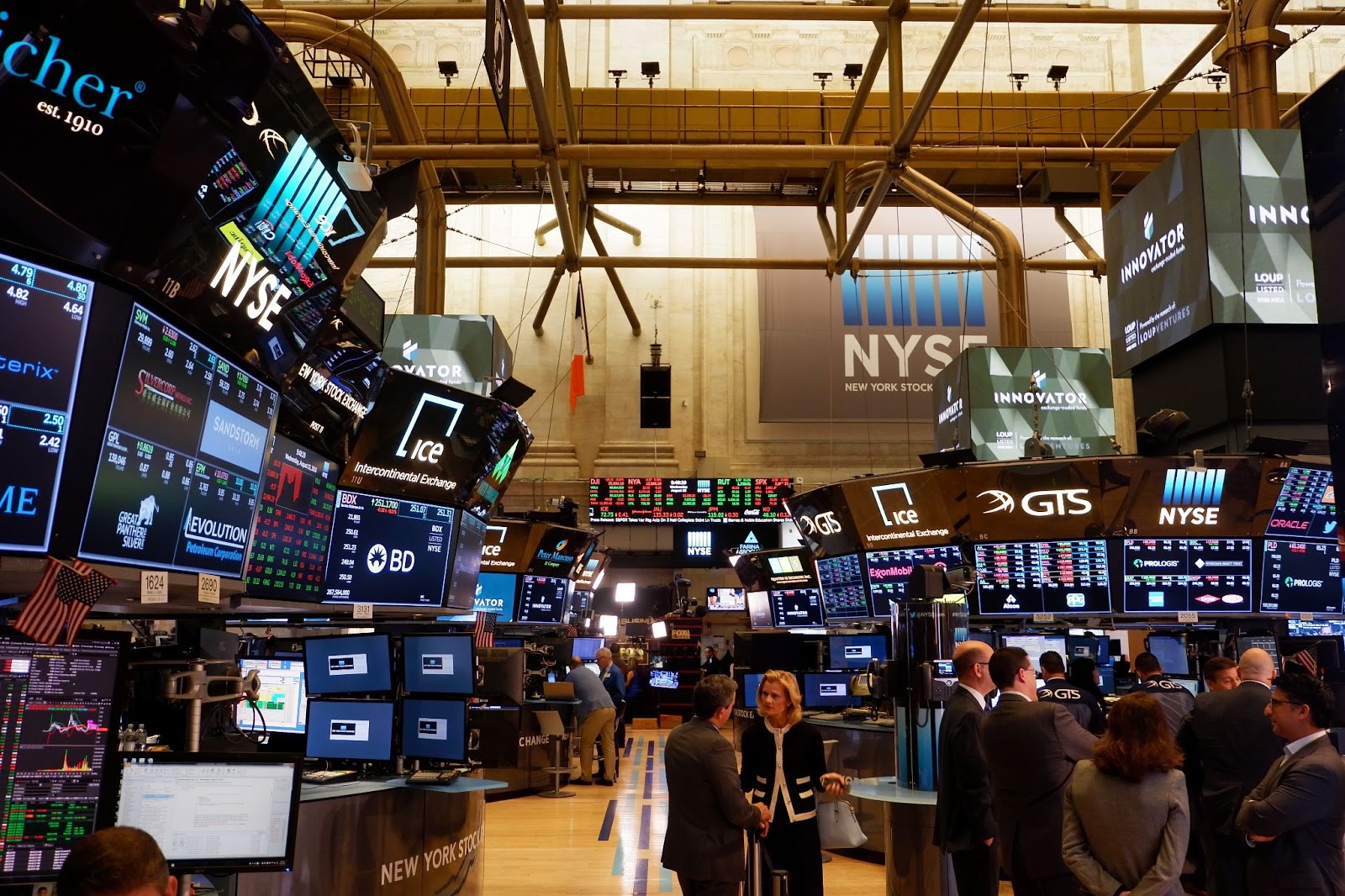 Investors are increasingly looking for companies with a social conscience, but reliable advice can be hard to come by. Photo credit: Sarah Kim / Flickr (CC BY-SA 2.0)

But within the last 10 years, climate-conscious investors have become more demanding, asking companies to disclose their environmental practices more widely and in a consistent and transparent way. A rapidly growing number of individuals and institutions, from pension funds and university endowments to insurance companies and commercial banks, now want to steer their money away from polluting industries and toward more climate-friendly enterprises.

How a business manages its carbon footprint, particularly in the context of meeting the goals of the Paris Agreement, makes up one part of what’s known as Environmental, Social, and Governance (ESG) reporting.

Investors have various reasons for caring about ESG disclosures. “You have those that just want to better understand the financial risks underlying their choices,” said Hana Vizcarra, staff attorney with the Environmental and Energy Law Program at Harvard. Risks might come from extreme weather events that knock out income; from regulations that force carbon footprints to shrink, leaving fossil fuel companies saddled with oil reserves they can’t drill; or from pressure on carbon-heavy industries to pivot to novel technology to avoid carbon taxes.

Other investors are less worried about their own dividends. “Some want to have an impact on financial flows,” Vizcarra said, “and use ESG information to help direct investment into more Paris-aligned investing, investing that supports a lower-carbon economy.” The idea behind sustainable investing is to starve carbon-intensive industries of the capital they need to operate and grow.

Within just the last five years, US assets managed by professionals who consider ESG values doubled to $17 trillion, and Bloomberg projects that the global market is on its way to $40 trillion in ESG-driven assets by year-end.

Organizations such as the Global Reporting Initiative, the Sustainability Accounting Standards Board, and the Climate Disclosure Standards Board have set up recommendations for companies to follow in reporting climate risks voluntarily.

But the federal government, with the authority to enforce any such standards, has been slow to catch up with investors’ concerns.

“The US has been kind of behind other [countries] in grappling with ESG and climate disclosure from a regulatory perspective,” Vizcarra said. “They’ve sort of sat back and let this voluntary discussion happen.”

Finally, in 2010 — the same year the US Environmental Protection Agency started requiring large polluters to report their greenhouse gas emissions — the SEC issued its first guidance on disclosing climate risks, saying that climate-related events including droughts, floods, and hurricanes could be considered material if they affect a company’s bottom line.

But it’s one thing to suggest risk areas; it’s another to require companies to report them, and the SEC didn’t put much force behind its rules. They called their guidance an “interpretive release” and let it stand without much follow-up or enforcement.

Without clear enforcement, companies have been left to disclose ESG concerns however they see fit: as lengthy, stand-alone documents on the company website, in annual filings to the SEC, or according to one of the independent standards. The confusing mix of ESG data coming out of this patchwork approach opened the door for third-party companies that promise clarity, for a fee.

“There are data firms that have now specifically been created to evaluate corporate climate issues or ESG issues, and they sell their services to investors and others, whoever wants it to help look at [corporate performance],” Vizcarra said. “You’ll hear a lot of companies say it’s a little bit of a Wild Wild West out there. That’s not wrong.”

The trade group for the global financial services industry found “firms using close to 80 different terms to describe various forms of sustainable investing,” which it warned would lead to confusion at best and greenwashing at worst.

In 2016, there were more than 125 ESG data providers, including household names such as Bloomberg and Thomson Reuters. Because each develops its own proprietary sourcing and scoring method, ESG ratings are not transparent and can vary widely. State Street, the world’s third-largest asset manager, examined company ratings from more than 30 ESG data providers and found that only about half of their scores matched.

Some companies don’t even need a third-party intermediary to distort their environmental bona fides. Hans Hoogervorst, chairman of the International Accounting Standards Board, an independent private-sector group established to develop a single set of accounting standards, warned that greenwashing is rampant among corporate reports. Even as Volkswagen was installing devices to mask high emissions during government tests, he noted, the company had a stellar environmental reputation, and its Audi subsidiary was running TV ads featuring Kermit the Frog lamenting, “It’s not that easy being green.”

Erik Thedeen, chairman of the Sustainable Finance Task Force at the International Organization of Securities Commissions (IOSCO) called the many different reporting rules an “alphabet soup of standards and semi-standards.” IOSCO, whose members regulate more than 95 percent of the world’s securities market, aims to harmonize standards and close loopholes.

In a 2020 report, IOSCO pointed out that the abundance of frameworks and lack of a commonly shared language let money managers for financial institutions cherry-pick which data to disclose. Similarly, the Institute of International Finance, the trade group for the global financial services industry, found “firms using close to 80 different terms to describe various forms of sustainable investing,” which it warned would lead to confusion at best and greenwashing at worst.

Former Acting SEC Chairman Elad Roisman warned that justification for ESG status is often lost in the fine print. An asset manager might exaggerate the environmental benefits of an individual fund, for example, by conflating them with the impact of his or her entire portfolio.

Confusion also reigns around separate judgments of E, S, and G. Tesla, for example, scores high or low on ESG issues depending on whether its environmental actions or its corporate governance are weighted more heavily.

To remedy some of these issues, the SEC is preparing to be more aggressive on climate disclosures. On March 16, the SEC’s Lee outlined the agency’s renewed efforts for a mandatory “ESG disclosure framework aimed at producing the consistent, comparable, and reliable data that investors need.”

“We are taking a holistic look at all of the ways climate and ESG intersect with our regulatory framework,” Lee said, “and moving ahead with efforts across our offices and divisions to account for that.”

The SEC plans to start by updating its 2010 guidance on climate-risk disclosure, this time making sure that companies comply. To that end, a 22-member task force newly formed within the Division of Enforcement is taking on corporate misconduct related to climate change and ESG. It will mine data to find gaps or misstatements in what companies disclose, and scrutinize the claims of asset managers, while lending an ear to any whistleblower complaints.

The SEC settles most of the violations it investigates out of court, but wrongdoing could also be cause for litigation resulting in injunctions and fines paid directly to the SEC or to harmed investors.

To determine how best to gather climate information, Lee also opened a 90-day public comment period, encouraging commenters to weigh in on which metrics are most useful, how industry-specific disclosure should be, and how to keep the rules flexible enough to adapt to the latest scientific developments. She recognized that disclosure to the SEC might be too narrow to capture all information relevant to the general public, and applauded IOSCO’s efforts to standardize rules internationally.

Vizcarra commends any effort to ramp up disclosure. “We do need financial flows to shift to different types of industries, to reward good climate preparedness and mitigation,” she said, “and without disclosure we can’t do that effectively.”

Already the SEC’s refocused attention has picked up on misconduct: Its risk alert published last week warned of “potentially misleading statements regarding ESG investing” made by asset managers who falsely claimed to have rules for ESG investing in place, had no way of guarding against inaccurate ESG statements, and showed only weak or unclear proof of their ESG-related investing decisions.

The risk alert is a sign of what’s brewing at the SEC, and with more intervention to come, the commission’s focus on helping investors assess environmental, social, and corporate governance issues is far sharper than it has been for at least a decade.

One response to “Will the SEC Finally Make Companies Disclose Climate Risk?”