This story originally appeared in EOS and is republished here as part of Covering Climate Now, a global journalism collaboration strengthening coverage of the climate story.

In the past few months, a handful of governments have announced net zero carbon emission targets. These targets update the nationally determined contributions (NDCs) at the heart of the Paris Agreement. Many private corporations, including BP and Shell, have also set net zero targets.

Net zero describes the goal of removing as much carbon dioxide from the atmosphere as is emitted. Net zero buildings, sometimes called zero-energy buildings, achieve this goal on a small scale. Net zero homes, offices, and even factories often use technologies such as heat pumps, high-efficiency windows and insulation, green roofs, and solar panels. Some net zero building concepts are integrated in the Leadership in Energy and Environmental Design (LEED) standards, an international certification program.

The net zero targets outlined by NDCs and corporations are much more ambitious in scale and include nature-based solutions like planting more trees to sequester carbon, developing carbon capture and storage technologies, and investing in carbon offsets (largely defined as a reduction in carbon emissions made by one party to compensate for emissions made by another).

But net zero targets described by NDCs and businesses are “deceptions” and “distractions,” according to a new report by Friends of the Earth International (FoEI). The new report does not evaluate the efficacy of net zero buildings or LEED certification.

“Net zero is a trick because the assumption is that you can emit carbon so long as you have some solution to sequester the carbon,” said Meena Raman, legal adviser and senior researcher at Third World Network (TWN).

“Corporations, especially those in the Global North that are already making billions off the climate crisis, get to take cover under ‘net zero’ to continue polluting,” added Jaron Browne, organizing director at the Grassroots Global Justice Alliance (GGJ).

The FoEI report was prepared with support from TWN and GGJ.

A recent, unrelated commentary published in Nature supports the same conclusions: “Sometimes the [net zero] targets do not aim to reduce emissions, but compensate for them with offsets.”

The FoEI report notes misrepresentations of science and technology, as well as the prominent presence of politics in determining net zero targets.

A foundational fallacy in net zero targets, the FoEI report claims, rests in a misrepresentation of the carbon cycle.

Net zero targets conflate the two cycles, the FoEI report claims. Targets assume all the carbon that’s already circulating in the atmosphere, as well as all the carbon that will be emitted by fossil fuels, can be safely and effectively sequestered. In other words, carbon dioxide (CO2) emitted from fossil fuel use is in addition to “the carbon that is already cycling between the active pools. We are putting significant stress on all these pools by pushing them to take up additional fossil CO2.…We cannot just stuff the geosphere (i.e., CO2 from the burning of fossil fuels) into the biosphere,” the report says.

The new report is not the first to identify such uncertainties in determining emission targets. “It is irresponsible to base net zero targets on the assumption that uncertain future technologies will compensate for present day emissions,” read a December 2020 report by a group of 41 scientists.

“Technologies [for negative emissions] exist but not at the required scale,” said Joeri Rogelj, lead author of the Nature commentary and director of the Grantham Institute for Climate Change at Imperial College London. “Technology that captures CO2 and then stores it … needs to capture CO2, clean it so that it’s pure, compress it, and then pump it through pipelines and into the ground. It is cheaper to just put CO2 into the atmosphere. The technology doesn’t exist at scale because putting CO2 into the atmosphere is not penalized.” 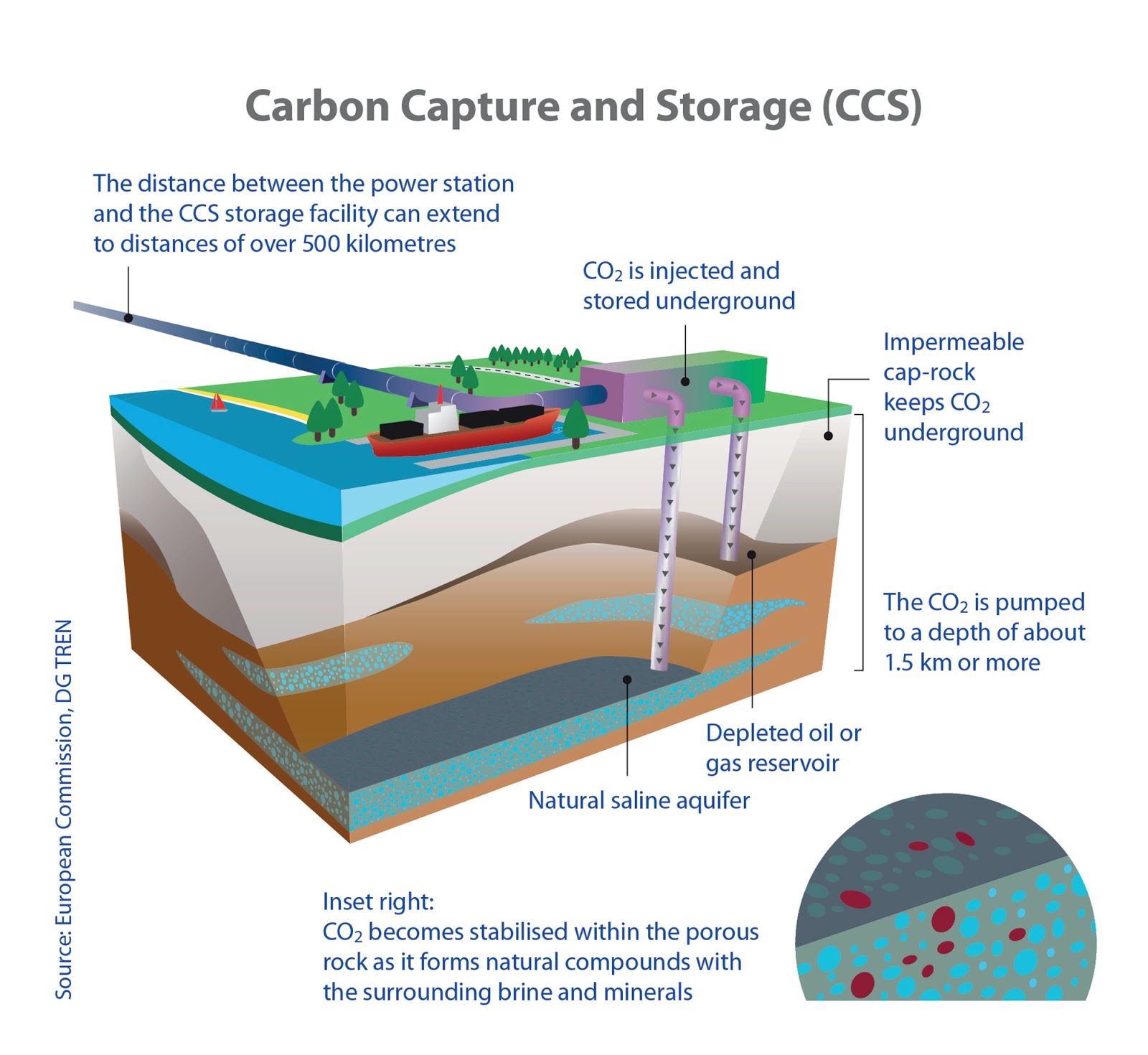 An explanation of carbon capture technology according to the European Union. Photo credit: EU

Politics: Where Is the Land?

“Even if you assume that carbon can be sequestered — and this is a fallacy — where is the land?” Carbon sequestration technologies require considerable infrastructure and real estate. According to the FoEI report, ecosystem restoration needs to be carried out over 678 million hectares — about twice the land area of India — to achieve net zero emissions by 2030.

“Even if you assume that carbon can be sequestered — and this is a fallacy — where is the land?” Raman asked.

Critics fear the burden will fall on the Global South. Wealthy nations and multinational corporations have created a carbon market in which they can continue to develop emissions-intensive infrastructure. Carbon offsets aim to invest in ecosystem restoration in regions that are already low emitters.

“Carbon offset schemes are being talked about for lands where Indigenous communities and forest-dwelling communities live,” Raman explained. “What does this mean for these peoples’ land rights?”

“There are fears that Indigenous lands will be taken over by governments or private corporations, and strong assertions are being made for [Indigenous] people to determine what will happen to their land,” said Victoria Tauli-Corpuz, a development consultant and former UN special rapporteur on the rights of Indigenous Peoples.

Even residents of developed nations are not immune from the effects of the carbon market. “I live very close to the Richmond oil refinery in Northern California,” said Browne, “where Chevron has had devastating impacts on Laotian communities and working-class Black and Brown communities, [such as] high rates of asthma. The refinery has exploded many times. You can also look at communities living in the Bakken region in North Dakota where air and water have been impacted by fracking.”

“So the companies that are polluting our air, land, and water get to continue polluting under the cover of the [carbon] offsets they’re creating through the dispossession and displacement of Indigenous and forest-dependent communities,” Browne said. 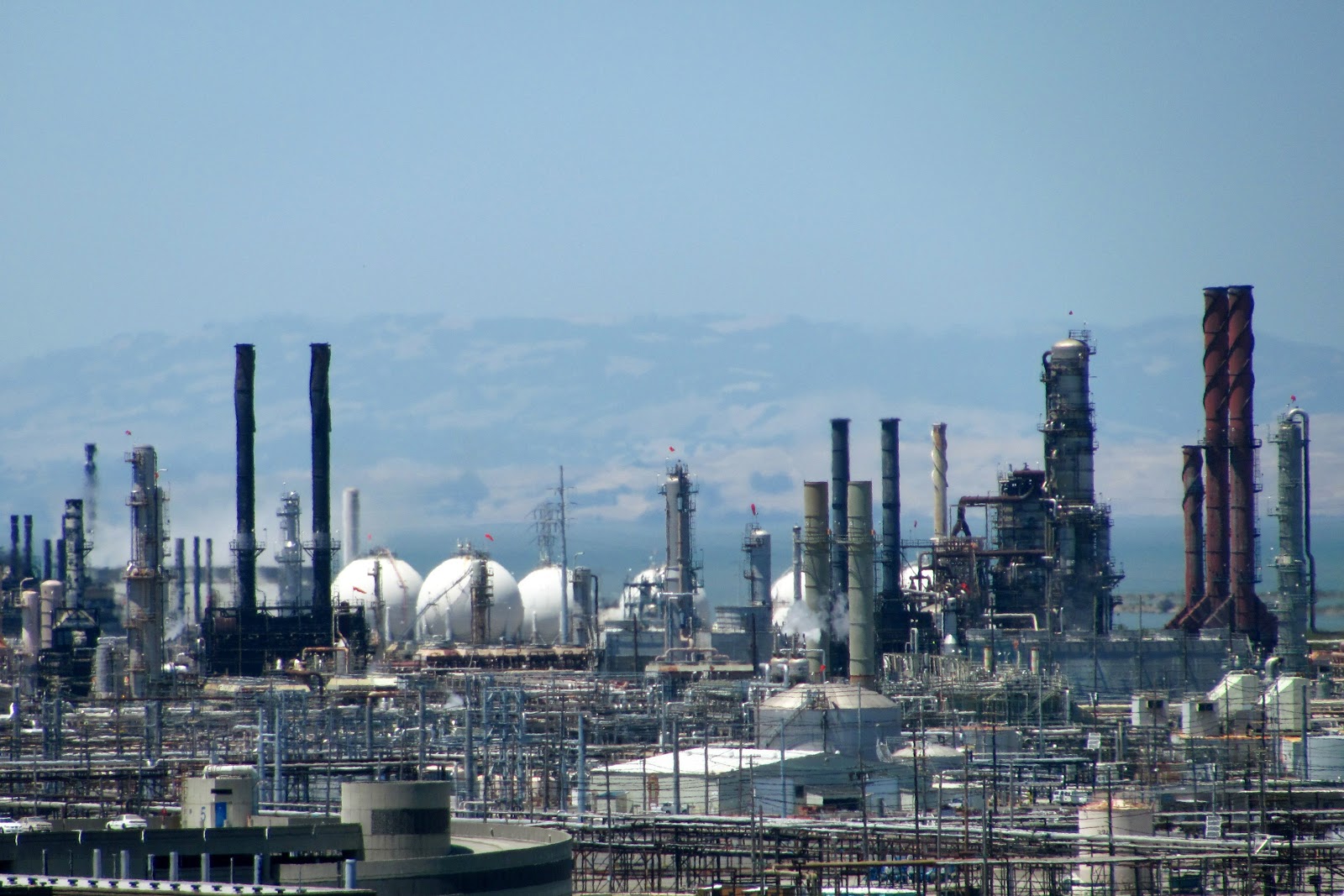 Although critical of net zero targets, the FoEI report supports “real zero” targets that entail fossil fuel phase outs and investments in ecosystems and people who are dependent on such ecosystems.

“Local communities have to be allowed to participate [in ecosystem restoration efforts]. This participation can range from having a say in how their lands are going to be used to sharing benefits and incentives in terms of policies and resources to continue using their own systems of protecting their land, forests, or even their marine resources,” Tauli-Corpuz said.

Real zero targets align with the Just Transition movement among climate activists, a “unifying and place-based set of principles, processes, and practices that build economic and political power to shift from an extractive economy to a regenerative economy.”

“Rich countries should have already gotten to real zero,” Raman said. “This is what Just Transition means — that they [the Global North] phase out fossil fuels and finance technologies that can assist developing countries in going low carbon.”