Republicans in New Hampshire are lining up voting bills that would disenfranchise student voters, potentially reducing Democratic influence in a state where the GOP already controls the governorship and both houses of the state Legislature, but not its US Senate or congressional seats.

Though one was voted down, the House Election Law Committee has retained HB 362 and HB 554.

“I have never seen this explicit of a poll tax,” said Emma Godel, an intern at the Campus Vote Project, an organization that partners with colleges and universities nationwide to reduce student voting barriers. HB 362 is an underhanded effort to prevent out-of-state, low-income, and military students, who might not have a home base, from voting, Godel said.

According to Heath Howard, a student at the University of New Hampshire and candidate for state representative in Strafford, lawmakers want to amend the legal definition of “domicile” for political reasons — they know college-age students lean to the left and are trying to make it easier for themselves to be elected, which is undemocratic, Howard said.

A study by the Pew Research Center affirms the national trend that young people are more likely to support Democrats than Republicans at the polls. And New Hampshire’s youth electorate shares these preferences.

HB 429 would prohibit the use of student identification for voter identification but declare that any student registered to vote in New Hampshire, and thus considered a state resident, is eligible to pay in-state tuition at public universities and community colleges.

The bill was removed from the consent calendar by Rep. Tony Piemonte (R) on April 7, meaning it may be amended on the assembly floor.

The Federal Higher Education Act requires colleges and universities to make a “good faith effort” to distribute voter registration materials to all students. Thus, HB 429 would put students’ right to vote at odds with schools’ interests in profit and operational expansion.

According to Alex Leichenger, a strategic communications director at NextGen, HB 429 will implicitly make colleges and universities less enthusiastic about promoting accessible on-campus voting. In-state tuition is irrelevant to election law and only confuses and detracts from the salient issues at hand, he said.

In March, a 14-10 Senate vote held that SB 54 ought to pass with amendment. The House Election Law Committee has retained the bill until the end of May.

SB 54 requires that voters wanting to obtain an absentee ballot must provide a driver’s license number or the last four digits of their Social Security number to confirm their identity.

Student Voter Suppression in New Hampshire Is Nothing New

In December 2017, New Hampshire Gov. Chris Sununu (R) said, “I will never support anything that suppresses the student vote. End of story.”

Gov. Sununu was met with outrage in 2018 when he broke this promise and signed HB 1264 into law. Voters must now declare New Hampshire as their official residence or domicile, terms that are now interchangeable under the law. Confusion and controversy around this bill led to its clarification in the New Hampshire Supreme Court. The court ruled that HB 1264 did not require voters to obtain a driver’s license, and thus, could not be thought of as what the defendant called a “retroactive poll tax.” 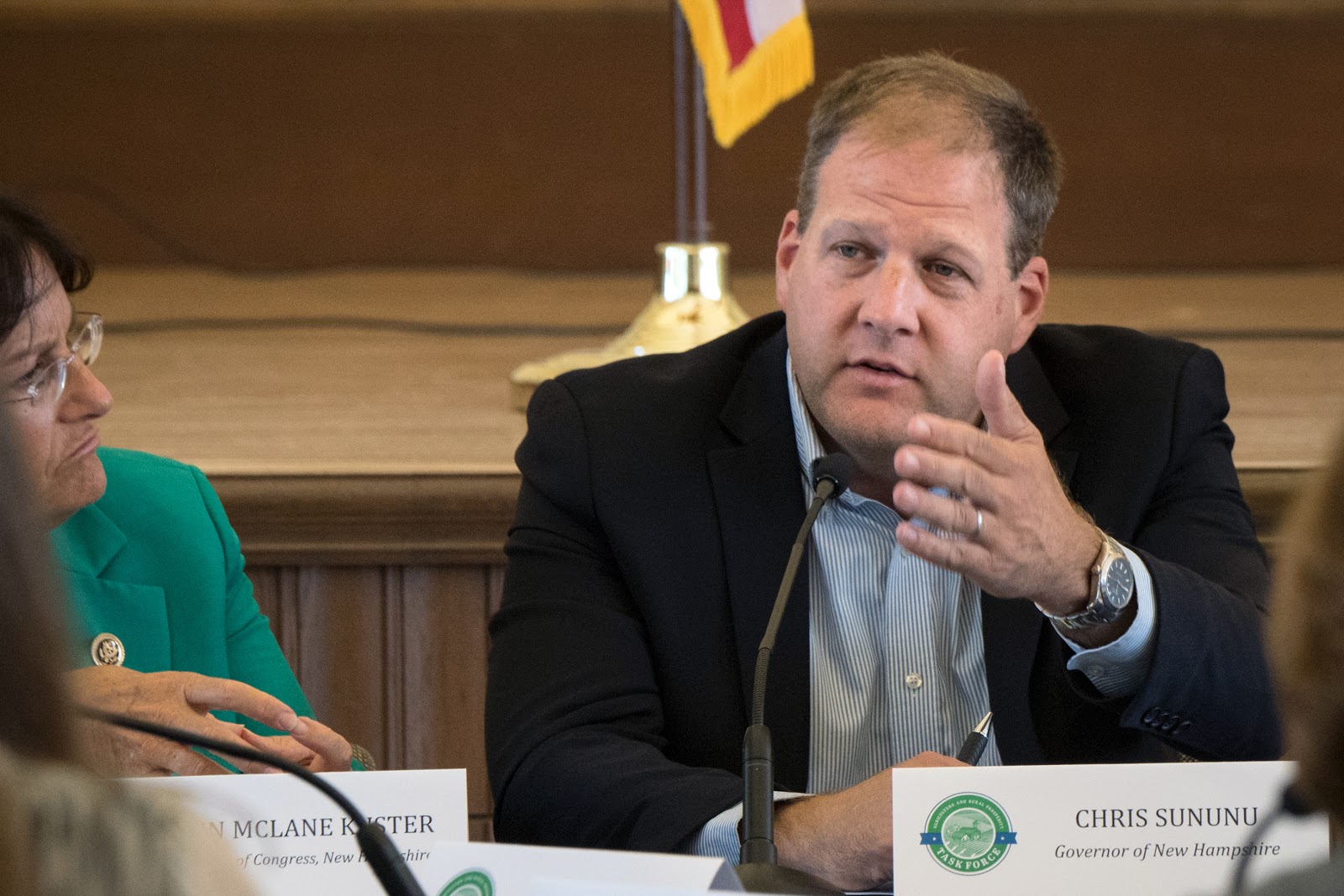 In-state tuition at New Hampshire public colleges and universities is among the highest in the country. As a result, less than forty percent of New Hampshire high school students pursue higher education in their home state.

By making more students eligible for in-state tuition, HB 429 would effectively cut institutional funding, leaving schools no choice but to raise tuition, which in turn, will drive even more New Hampshire students to attend college and university out-of-state, Howard said. On-campus organizations and student groups are already underfunded, he said.

Many college-aged students have a home-host relationship between states, whereby they permanently reside in one state and attend school in another. Students’ interstate mobility determines their voter eligibility through proof of residence, absentee voting, and identification, such as a state driver’s license.

Since most New Hampshire high schoolers attend university and potentially vote elsewhere, when Republicans make it more difficult for out-of-state college students to vote, they curb the overall influence of the student vote in elections and limit the youth voice in state politics.

The Republican Party has not won a congressional seat in the state since 2014, nor a US Senate race in 11 years.

“Throwing out preclearance when it has worked and is continuing to work to stop discriminatory changes is like throwing away your umbrella in a rainstorm because you are not getting wet.” — Ruth Bader Ginsburg

In Shelby County v. Holder (2013), the Supreme Court ruled that it was unconstitutional to require states with histories of voting discrimination to receive approval from the Justice Department to propose, introduce, and pass legislation affecting voting rights. Due to the revocation of federal oversight and prevention, citizens facing discrimination must now file lawsuits themselves or rely on external advocacy groups.

Justice Ruth Bader Ginsburg dissented to the decision, writing that “throwing out preclearance when it has worked and is continuing to work to stop discriminatory changes is like throwing away your umbrella in a rainstorm because you are not getting wet.”

Before this ruling, New Hampshire could not suppress the vote as it is today, said Maxim Thorne, managing director of the Andrew Goodman Foundation. The foundation, named after the 20-year-old civil rights advocate murdered in 1964 by members of the Ku Klux Klan, is a nonprofit organization committed to youth development, voter accessibility, and democratic citizenship.

According to Mike Burns, national director for Fair Elections Center’s Campus Vote Project, Wisconsin, Texas, and North Carolina have implemented voter ID or proof of residency requirements that make it harder for students to vote. However, New Hampshire lawmakers seem acutely focused on the residence issue, he said.

Thorne takes serious issue with Republicans exploiting young people’s multistate relationships. Students have to incur voting costs associated with driver’s licenses or identification or state tax rates, and in the case of New Hampshire, the potential for higher in- or out-of-state college tuition, he said.

“There is something so nefarious about setting up these dynamics between states when it comes to voting. It’s almost like you’re playing some kind of hedge fund with your vote.”

Looking to the future, Thorne advises defenders of student voting rights to remain acutely aware of voter suppression strategies, both in New Hampshire and nationwide.