Amazon is not the world’s largest company, nor even the largest American retailer — Walmart holds both of those titles, according to the latest Fortune 500 rankings — but at the moment, Amazon is the most important.

Votes are now being tallied for the roughly 5,800 workers employed at the Amazon distribution warehouse in Bessemer, AL, and the outcome will determine if they’ll be the first of Amazon’s 110 fulfillment centers in the US to join a union. It is by far the biggest union push in the history of the notoriously anti-union company — which has seen its profits (and CEO Jeff Bezos’s wealth) soar to record levels during the COVID-19 pandemic, while benefits for workers have risen modestly or stayed flat.

Results of the vote may be known this week, though even if the vote is for unionization it may be a year or more before it’s known whether the Retail, Wholesale, and Department Store Union (RWDSU) can win a fair contract — or whether disempowered and hamstrung federal authorities will investigate or punish Amazon over allegations it tried to sabotage the vote.

What is clear now is that what’s happening with Amazon in Alabama affects every American wage worker punching a timecard today. The vote — and the very open question of whether President Joe Biden can do anything to correct a playing field long tilted against workers — will likely shape the future of labor relations for decades into the future, union organizers and experts say.

“We haven’t seen something like this in 100 years, really,” said Wilma Liebman, who served as chair of the National Labor Relations Board during the Obama administration and is now a researcher and expert at Harvard Law School’s Labor and Worklife Program.

“I don’t know if it’s going to be a transformational moment,” she added. “But it has the potential to be.”

If the Amazon vote is successful, it would reverse a string of union losses in the Deep South, where auto-plant workers recently rejected a push to organize with the United Auto Workers. It would encourage other private sector workers, only 6.3 percent of whom are in unions, to pursue organizing efforts.

And it would reverse a long-held view common among Amazon’s employees (and labor more broadly) that organizing is impossible and that the company’s power is simply too much to overcome. Considering Amazon employs 1.2 million people, has a stranglehold on day-to-day retail, has a presence in cloud-computing, and also owns Whole Foods, this is extremely significant — for wage earners now and well into the future. 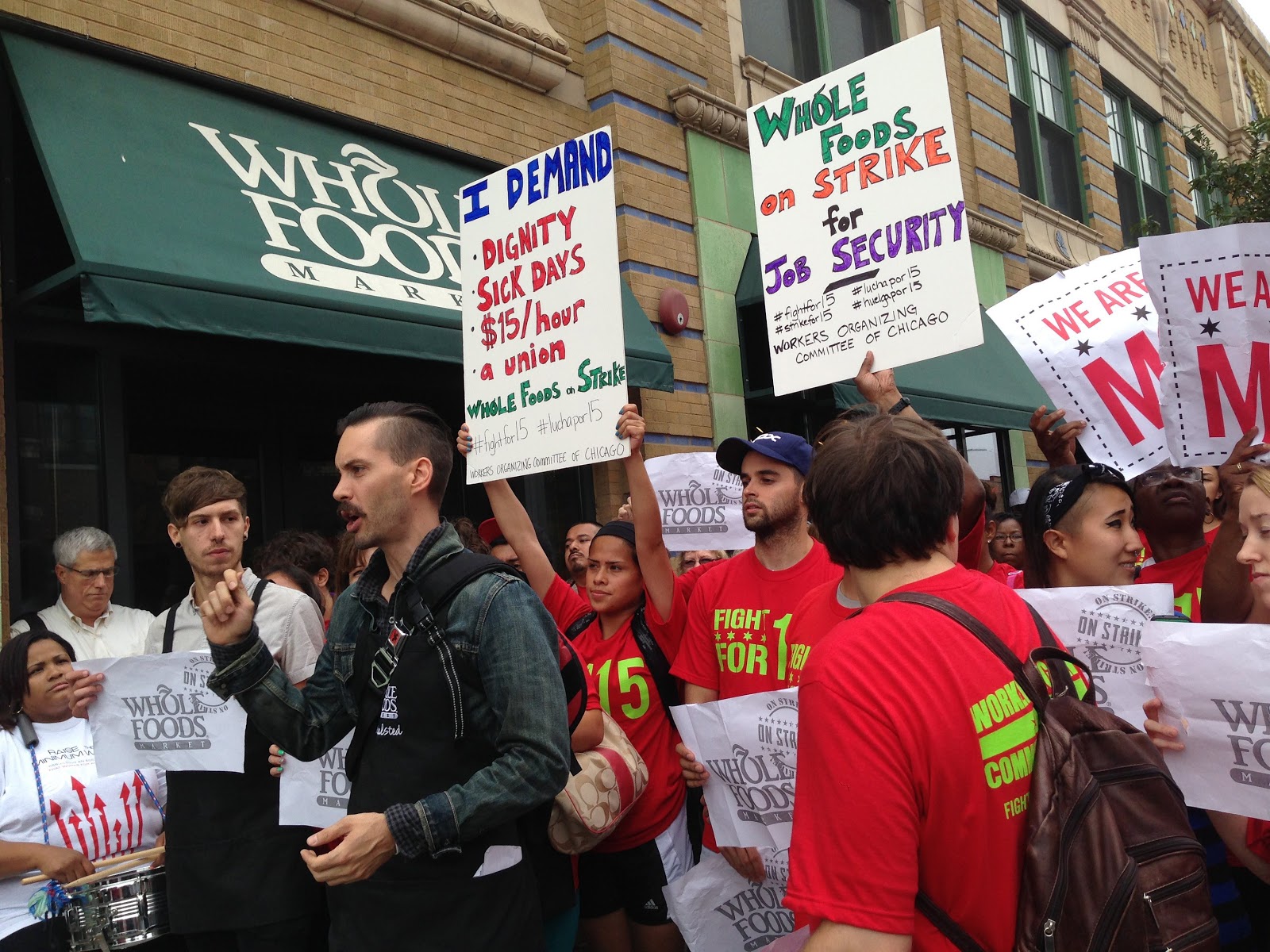 In an echo of how the fortunes of former homeowners and bank and Wall Street executives diverged after the 2008 financial crisis, Amazon founder and CEO Jeff Bezos and other executives saw their stock holdings and net worths balloon. Bezos’s net worth soared by $75 billion last year. Meanwhile, “essential workers” still struggled to afford essentials, and others waited on debt and rent relief that never came.

This disparity means rhetoric once confined to labor organizers’ playbooks or socialist reading groups have become mainstream talking points. And both Republicans and Democrats are appealing to populist unrest over the power of elites.

Biden is openly supporting the Bessemer workers’ union vote and is pressuring Congress to pass the PRO Act, the first major piece of federal legislation that would make workplace organizing easier since a clampdown in the 1940s. “There has not been any significant labor law change since 1947,” said Liebman, referring to the Taft-Hartley Act, which capitalized on Cold War paranoia and labor’s association with the left to restrict union organizing.

Even a Republican is getting into the Bessemer act: Earlier this month, Sen. Marco Rubio (R-FL) published an op-ed in USA Today voicing qualified support for Amazon workers and the labor movement broadly.

For the first time in most Americans’ lifetimes, there is something close to a consensus among electeds as well as voters that working people are getting screwed and that something must be done. The question isn’t so much what is to be done — but whether it can be done, and by whom.

The speed in which the discourse shifted is seen wherever Biden finds a familiar face among his antagonists, who still enjoy a significant, government-assisted advantage.

Obama administration alums can be found pushing the corporate line at powerful companies accused of abusing workers. Former Obama spokesman Jay Carney is a senior vice president at Amazon, and Tony West, Obama’s former associate attorney general, is the top lawyer at Uber, which recently led a successful $250 million effort in California to pass Proposition 22 and overturn a law declaring Uber drivers company employees instead of independent contractors. Uber’s victory over “gig workers” is already being exported from California to other states.

Amazon might have avoided Bessemer had it elected to share profits with workers — or to give them pandemic bonuses, or to share knowledge of COVID-19 infections with its employees. Instead, Amazon did none of this — because, as the company and toothless government response provided, it could.

“We let them become Godzilla. Now we’re wondering how to kill them with a BB gun,” said Rome Aloise, an Oakland, CA-based vice president at-large for the International Brotherhood of Teamsters. “That’s the way it is. The people who work for them think it’s hopeless in a lot of ways.”

Against the kind of power wielded by Bezos — who shrugged off a blackmail attempt from the Kingdom of Saudi Arabia, who personally instructed Amazon’s PR department to attack Sens. Bernie Sanders (I-VT) and Elizabeth Warren (D-MA) for daring to criticize the company — what can even the president do?

The PRO Act is seen as highly unlikely to pass the Senate under current rules, which require 60 votes to “end debate” and force a vote. Efforts to empower gig workers in Congress will face similar fury from Silicon Valley companies whose profit margins rely on them. And Amazon still enjoys immense clout with elected officials, “bribed” (legally) into shilling for the company with the promise of fulfillment center jobs.

Biden did name Marty Walsh, a former labor leader who was most recently mayor of Boston, to head the Department of Labor. He’s the first union member to run the department in half a century and could play a key role in promoting worker rights.

And Biden does have at least two appointments to make to the National Labor Relations Board, the five-member body that rules on labor law complaints.Though currently stacked with three management-side attorneys appointed by Donald Trump, there is one vacant seat, and the term of William Emanuel — a former attorney for international union-busting law firm Littler Mendelson named to the position in 2017 — expires in August.

There’s no question the Trump era was very bad for the National Labor Relations Board, from a worker’s perspective. “It was breathtaking, really, over the last four years, the speed and breadth of their erosion of existing precedents — going back decades,” Liebman said. “It’s going to take a long time to dig out and undo the damage, let alone move forward.”

Biden’s appointments could tilt the NLRB back toward workers, but even the current NLRB hasn’t been a rubber stamp for employers: On Thursday, the NLRB ruled that Tesla improperly fired a worker and threatened others over unionization activities. Tesla founder Elon Musk was also ordered to delete an anti-union tweet.

Pro-worker rulings at the NLRB or at the Occupational Safety and Health Administration, which under Trump steadily eroded workplace safety protections, would be helpful. But nothing Biden can do would be as impactful as a win in Bessemer.

Amazon “understands that so much of what is keeping people down right now is an illusion of futility,” said “Glamazon Prime,” a current Whole Foods worker active with the Whole Worker organizing project, who declined to give their real name for fear of retaliation. “A few rulings or independent successes can help unions feel empowered, ask for more things, and trigger a shift in the way the entire country views labor and views unions.”