The election may be over, but the fight over election integrity is going strong. Congress will soon be wrestling with multiple voting rights bills, some of them restrictive and others expansive. While Democrats unite on a bill to increase voting rights, Republican members of the 117th Congress have begun introducing legislation that continues to call into question the integrity of the November election and would suppress future votes.

Several Republican lawmakers have sponsored legislation that directly or indirectly presumes Donald Trump lost the election because of voting by noncitizens. Reps. Andy Biggs (R-AZ) and Bob Gibbs (R-OH) seek to raise documentation standards for proving citizenship and heighten the consequences for noncitizens who illegally cast ballots in federal elections.

According to Ernesto Castañeda, an associate sociology professor and director of the Immigration Lab at American University, green card holders already know that voting in federal elections will jeopardize their rights and harm their interests.

“We do not need federal legislation to address this. These bills are misleading smokescreens to scapegoat immigrants at the same time that Republican state legislators are advancing laws to yet again curtail Black citizens’ voting rights,” Castañeda said.

Unnaturalized immigrants are prohibited from voting in US federal elections, however in rare instances they have been accidentally included on voting rolls when they apply for driver’s licenses. Castañeda says the effect is small and inconsequential.

Biggs’s sponsorship of election integrity legislation comes after he simultaneously recognized his own reelection to the House for a third term and disputed the presidential election results. In other words, Biggs has continued to suggest that the same votes certifying his victory were also fraudulent. 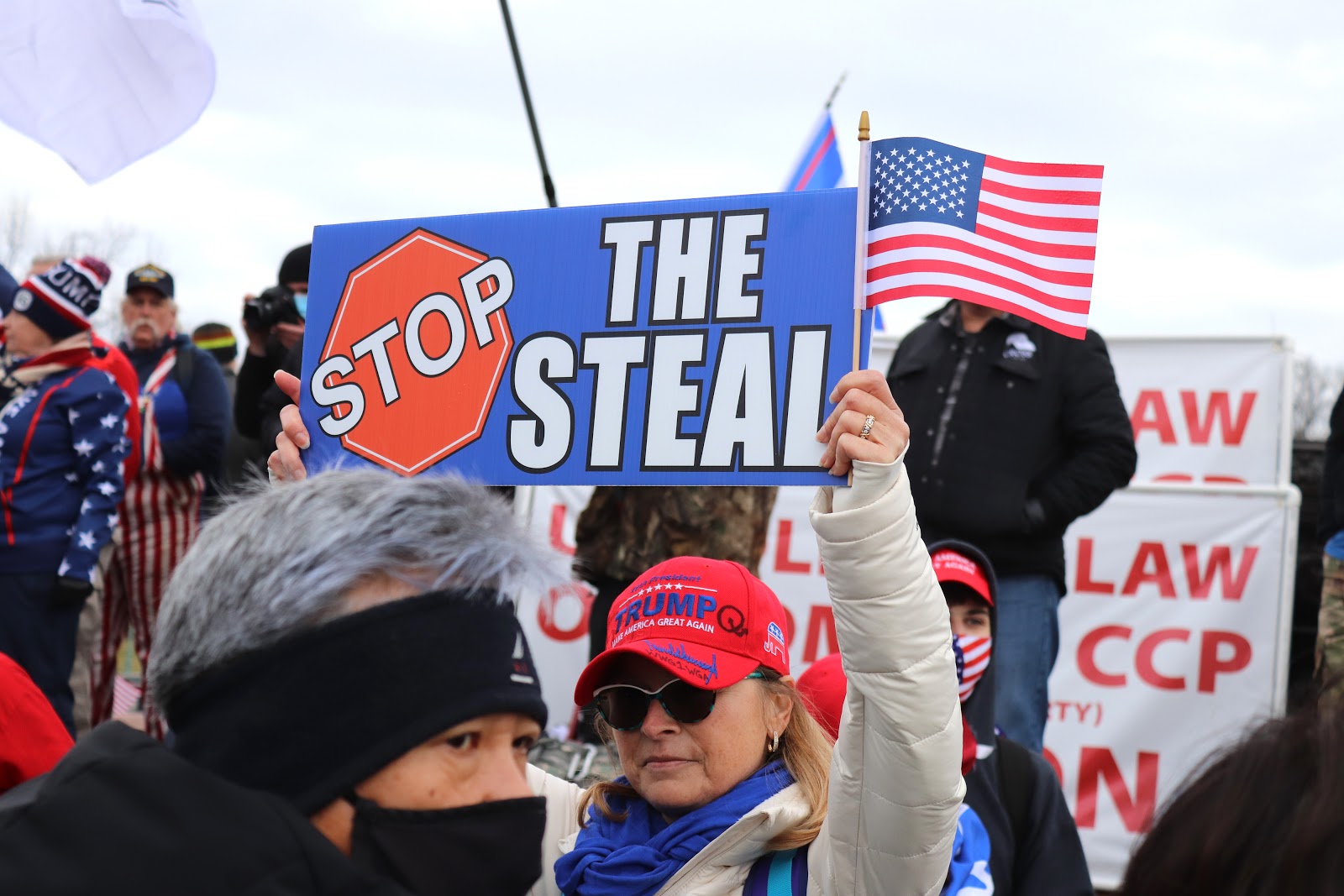 “H.R. 93 is titled ‘Eliminating Foreign Intervention in Elections Act,’ but it asks to deny federal funds to localities that allow noncitizens to vote in local elections,” Castañeda said. “One would think that this bill was about stopping Russian interference in fostering misinformation in future electoral campaigns, but instead, it further demonizes and criminalizes immigrants who are not a considerable source of voter fraud.”

His bill aims to prohibit the future use of voting systems “whose hardware and software components are not manufactured and maintained in the United States or which are produced by foreign entities, and for other purposes.”

This legislation appears to target Dominion Voting Systems, a Canadian company whose voting machines and tabulators are being heavily scrutinized by Trump Republicans. Dominion has filed several defamation lawsuits in response to these accusations and is preparing to introduce even more.

A joint statement by the federal Cybersecurity and Infrastructure Security Agency and the Election Infrastructure Sector Coordinating Council affirmed the integrity of voting systems and tabulators used in the 2020 general election. “There is no evidence that any voting system deleted or lost votes, changed votes, or was in any way compromised,” they said.

Some election experts term the Republican bills legislated disinformation and call them a threat to public opinion, election administration, and democratic integrity.

“A legislative strategy that revolves around urban legends and a few anecdotes may have the opposite effect of what is intended by further undermining public confidence,” said Barry Burden, a political science professor and director of elections research at the University of Wisconsin-Madison.

It’s a point echoed by Sarah Repucci, vice president of research and analysis at Freedom House, a nonprofit NGO dedicated to researching and advocating democracy, political freedom, and human rights around the world.

“As long as people in positions of leadership state falsehoods as truths, there will be ample resources for citizens to pick up on claims and keep spreading them,” Repucci said. 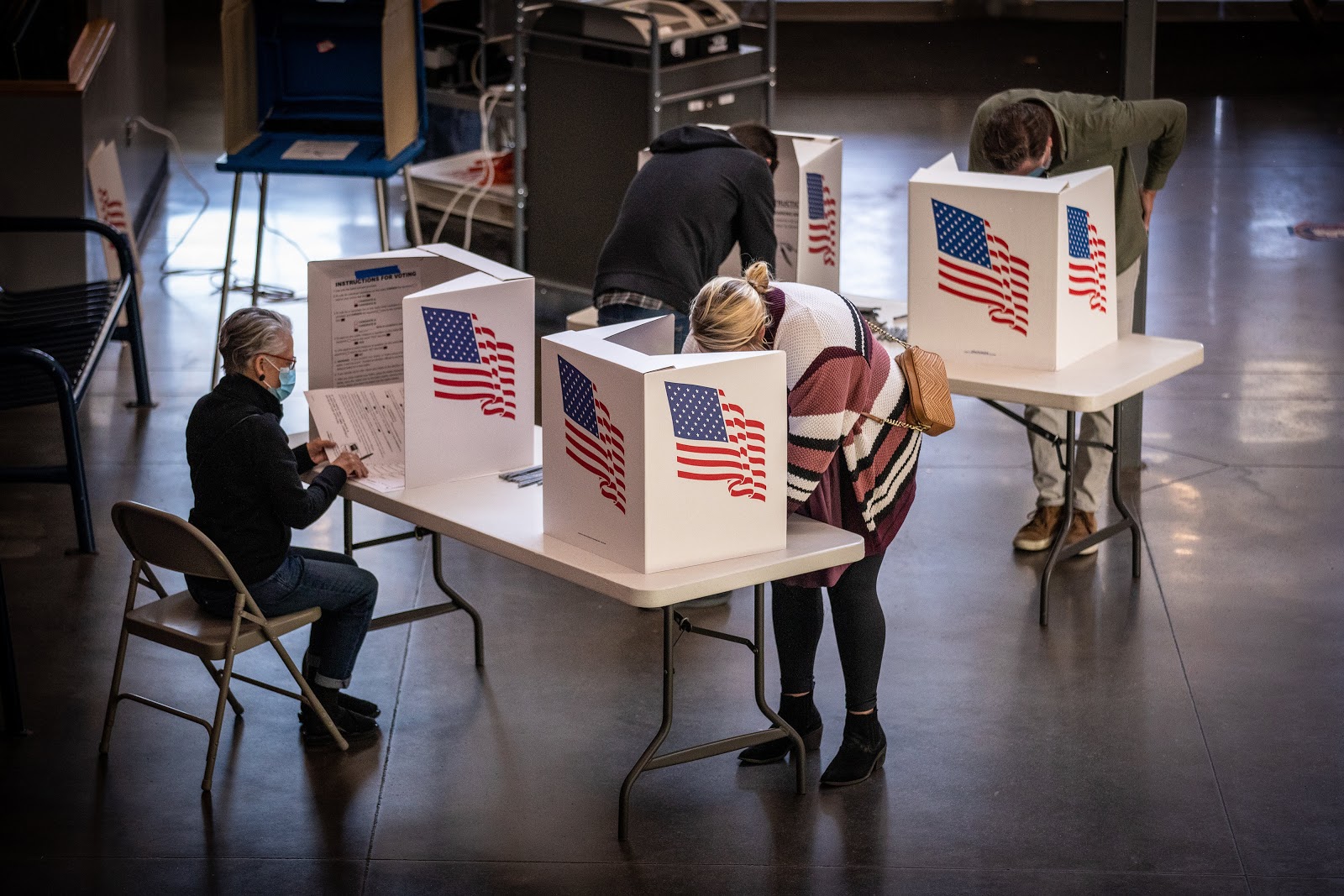 Democrats, by contrast, are sponsoring legislation that they hope will reinstill faith in elections and make voting more accessible.

The For the People Act of 2021, sponsored by Rep. John Sarbanes (D-MD), proposes to expand “Americans’ access to the ballot box, reduce the influence of big money in politics, strengthen ethics rules for public servants, and implement other anti-corruption measures.”

Common Cause, a government watchdog group, referred to the bill as “the boldest democracy reform since Watergate,” praising its inclusiveness.

Threats to American democracy go beyond foreign election fraud and interference to include “legislation that makes it harder to register to vote, to walk to a precinct on Election Day or before, that restricts mail-in voting, or that allows for gerrymandering.”

According to their director of legislative affairs, Aaron Scherb, H.R. 1 (known as S 1 in the Senate) is the culmination of local and state election reform efforts nationwide. Automatic voter registration, for example, has been successful in red, blue, and purple states, he said.

The first part of this bill concerns voter rights and election security. In addition to expanding citizens’ voter registration and ballot casting options, proposals include prohibitions on partisan gerrymandering and election disinformation.

The second part aims to reduce big money’s influence on political affairs by calling for donor and spending disclosures, greater oversight and enforcement of campaign finance laws, and sponsorship or ownership attributions for all online political advertising. The Brennan Center for Justice has referred to H.R. 1 as “the reform law needed to counter Citizens United.”

Lastly, this bill would prohibit federal lawmakers from serving on corporate boards, require presidential candidates to disclose their tax returns publicly, and hold Supreme Court justices to a judicial code of ethics.

This bill would confront the “daily scandals and ethical lapses” experienced over the last four years, Scherb said. He hopes that the regional election reforms Common Cause won with 60 to 70 percent bipartisan support will continue creating a bottom-up push on federal legislators. “Republicans will eventually support reforms,” Scherb claimed, though Sen. Mitch McConnell (R-KY) sank a similar version of this legislation in 2019.

While Democrats are celebrating the proposal, Burden and Matthew Weil, director of the Elections Project at the Bipartisan Policy Center, caution that progressive legislation can deepen the partisan divide if it doesn’t gain Republican support.

“Changes to election law that are only backed by one party will not be widely accepted by voters even if they are desirable reforms,” Burden wrote. If H.R. 1 receives no Republican co-sponsorship, it is likely to negatively color people’s opinions and cause the bill to fail, Weil said.

As of February 23, H.R. 1 has no Republican co-sponsorship.

Stacey Abrams is right, again. The For The People Act is crucial legislation to protect and expand voting rights in Georgia and across the nation, and is a necessary first step. I’ll keep fighting until we get it done.https://t.co/8qdc1qWRLW

The For the People Act is not the only expansive federal bill on the table. In light of the ongoing pandemic and other social and material barriers to voting, Rep. Earl Blumenauer (D-OR) hopes to provide automatic voter registration and make voting by mail a permanent option. Given that these two policies have been scrutinized by defenders of election fraud theories, legislative support will likely fall along partisan lines.

Although mail-in voting may not be instrumental in increasing civic engagement, its potential to improve accessibility for people with disabilities, students, and people in nursing and medical facilities makes it essential, Burden said.

Lawmakers are also hoping to expand the definition of an eligible voter.

This legislation is likely a response to November’s historic youth turnout rate and calls to sustain this student-generated momentum.

While Burden agrees that lowering the voting age might increase youth civic involvement and encourage candidates to pay attention to youth issues, he suggests the alternative of allowing 16- and 17-year-olds to preregister. This measure already exists in several states, yielding positive results.

“The act of registering itself tends to raise a young person’s interest in politics and situate them to begin the voting habit right away when they turn 18,” Burden said.

Although several bills are riddled with partisan motives, others suggest a welcome potential for bipartisan election integrity oversight.

His proposed Restoring Faith in Elections Act calls for automatic voter registration, more robust data privacy and database management standards, and opportunities for citizens to correct their registration errors and submit a regular (as opposed to a provisional) ballot.

Threats to American democracy go beyond foreign election fraud and interference to include “legislation that makes it harder to register to vote, to walk to a precinct on Election Day or before, that restricts mail-in voting, or that allows for gerrymandering,” Castañeda said.

According to Weil, Americans now have stronger opinions about the voting process than ever before. He attributes this shift not only to an increase in political visibility, such as livestreamed voting, but also to the proliferation of false statements about election security. When citizens do not know what they are watching, they are more susceptible to disinformation, he said.

Weil maintains that disinformation and political polarization are taking root at the national level, and if one looks to the states where voter fraud is being alleged, the contradictions become clear. Voter policies in many Republican states are more progressive than GOP lawmakers will admit, he said. Scherb shared this sentiment, pointing to Common Cause’s success at the state and local levels as evidence that election reform issues are less partisan outside of Washington, DC. Therefore, federal lawmakers’ election integrity and voting rights rhetoric does not accurately reflect many citizens’ daily realities.

As these bills round out the 2021 legislative session, the US and its citizens should brace for change in the way they interact with their democracy. Paying attention now will help mold voter efficacy in the future.