When the head of Myanmar’s military, Senior Gen. Min Aung Hlaing, seized power in a coup on February 1, he seemed to be tapping into a global trend. After all, if Donald Trump could attempt to overthrow the US elections by charging massive fraud — and Alexander Lukashenko seemed to be getting away with his effort to overthrow an election in Belarus — why couldn’t Myanmar do the same?

Min Aung Hlaing had a personal interest in the coup. The most powerful figure in Myanmar aside from civilian leader Aung San Suu Kyi, he was due to be forced into retirement in six months, and he had hoped that the Myanmar elections would enable him to transfer the power he had amassed in the military to a civilian government led by a party affiliated with the armed forces. The overwhelming victory by Suu Kyi’s National League for Democracy (NLD) party made that option highly unlikely.

In both Myanmar and Belarus, majorities, finding their votes trashed by despots, have decided to  express where the broad public stands concerning recent elections via massive protests.

That is especially true in Myanmar, where the widespread use of smartphones and social media has enabled Suu Kyi’s supporters to mobilize massive demonstrations throughout the country. Although the military has cracked down with water cannons, tear gas, and rubber bullets in parts of Myanmar, it has so far held back from using force in the capital, Yangon. Observers say there has been almost a holiday atmosphere in many of the protests, although the underlying message is clear.

Suu Kyi, the daughter of Bogyoke Aung San, the leader of Myanmar’s independence movement, is viewed by many as a beacon of democracy, not for her leadership of the country the past five years but largely due to her 15-year detention under house arrest for refusing to compromise with the junta. Her reputation has been tarnished in the West because of her support of the military’s attacks against Rohingya Muslims in the northwestern Rakhine state. 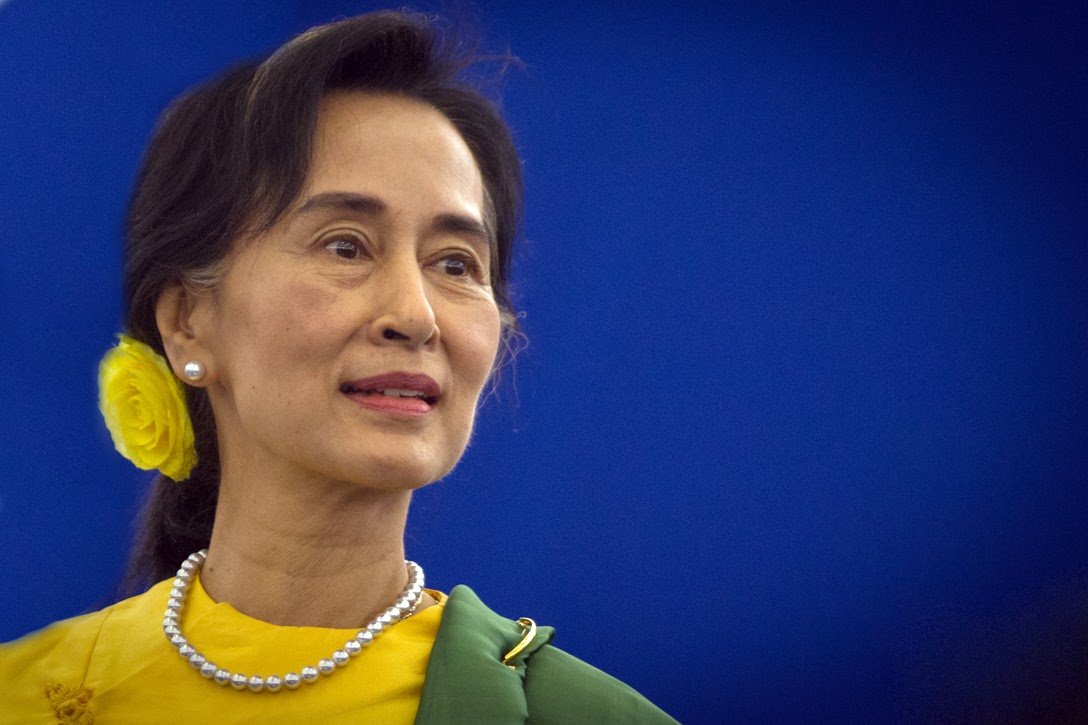 Despite Western criticism, she remains enormously popular among Myanmar’s population. While the coup leaders have promised to hold new elections in a year’s time, Suu Kyi has been sentenced to three years in detention, accused of having imported a half-dozen walkie-talkies without proper authorization. While the charge seems absurd, its real purpose is to effectively bar her from participating in the next election. Suu Kyi’s NLD party won overwhelmingly in Myanmar’s parliamentary elections, capturing more than 80 percent of the government’s eligible seats. The country’s constitution requires that 25 percent of Parliament seats be reserved for military officers, in a tense power-sharing agreement that has preserved Myanmar’s fledgling democracy over the past decade.

The coup came after talks between the government and the military, also known as the Tatmadaw, failed to resolve the election dispute, with the government refusing demands to postpone the new session of Parliament and hold a recount of the vote. A statement attributed to Suu Kyi that was posted to the NLD’s Facebook page urged Burmese to “protest against the coup.”

The White House and the US Department of State have issued condemnations of the coup, and President Biden has approved sanctions on the generals who carried it out.

At the same time, military rule enjoys wide support among some supporters of former President Trump, particularly adherents of QAnon, a racist, anti-Semitic conspiracy theory that Trump will save the country from a deep state cabal of Democratic pedophiles and cannibals. QAnon enthusiasts anticipate “The Storm,” a day of reckoning when the military will overthrow the government and convene tribunals to try Democratic figures, staying in power temporarily to transition to forever rule by Trump.

QAnon-affiliated channels on Telegram, an encrypted messaging app, have lit up with posts about Myanmar, reinvigorating those users’ false hopes that Trump could still retake office, as reported by Rolling Stone. 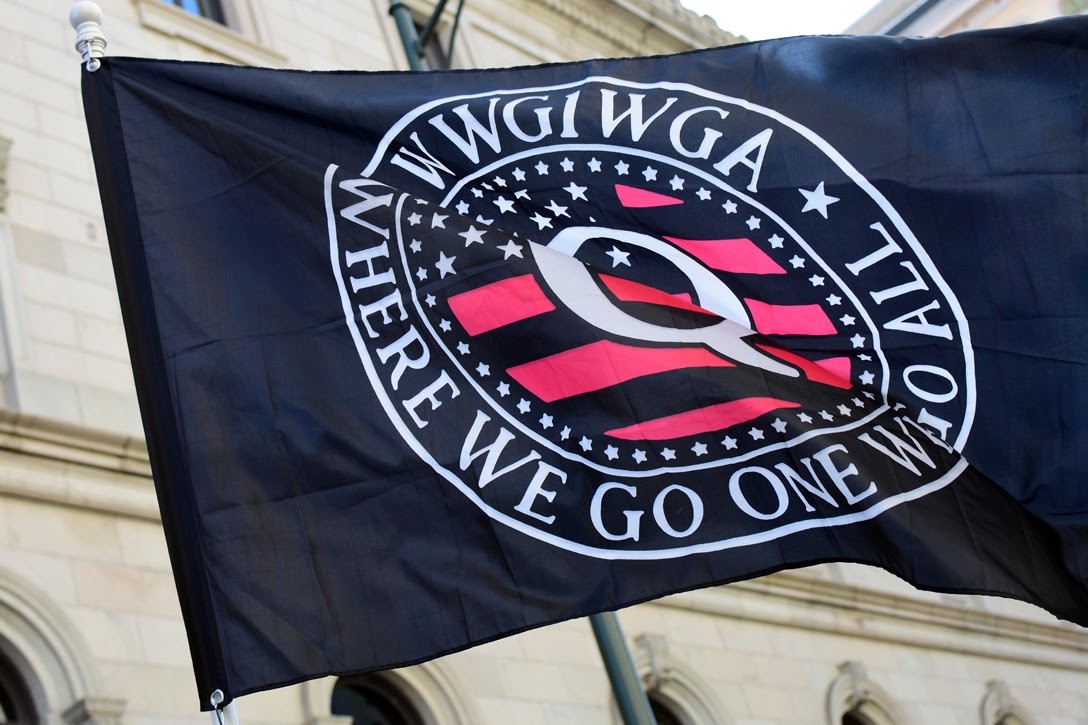 “The Burmese military has arrested the country’s leaders after credible evidence of widespread voter fraud became impossible to ignore. … Sounds like the controlled media and Biden admin are scared this might happen here,” wrote one QAnon influencer with 45,000 followers.

“We will see this headline here soon,” wrote a second person with over 50,000 subscribers, in reference to the Tatmadaw’s takeover.

Democracy observers say there are glaring similarities between the attempted coup in the US and the successful coup in Myanmar. “It wouldn’t be surprising if the generals in Myanmar saw Trump’s false accusations of widespread fraud after the election and decided to use a similar approach as a pretext for something they were already planning to do: seize power,” Brian Klaas, a political science professor at University College London, said in an interview with Insider. “In that way, Trump has given despots across the world fresh rhetorical ammunition to justify their authoritarian actions.”

Parallel to Trump’s allegations of voter fraud, for months the Tatmadaw engaged in a propaganda campaign to discredit the legitimacy of November’s election results, despite Myanmar’s Union Election Commission affirming that it was a free and fair election. On January 28, Min Aung Hlaing provoked a serious political crisis by threatening to abolish the constitution, which has been in place since 2008 — comments the Tatmadaw backtracked from just two days later. Even before the election, Min Aung Hlaing implied that the military would not recognize the vote, but on election day said he would “have to accept the people’s wish.”

But the crisis in Myanmar must be viewed with the perspective that its democracy has stood on shaky ground since its founding, some experts say.

“Although there are some similarities to unsubstantiated claims of voter fraud in the US, the coup in Myanmar should be seen as emerging from its own domestic context,” Lucas Myers, the program associate at the Wilson Center’s Asia Program, told Insider. “It firmly shows the precarious state of the troubled democratic transition in Myanmar and how limited the democratization had truly been.”

The Tatmadaw had grown uneasy, concerned that its grip on power was slipping. It had twice before toppled democratically-elected governments in the 20th century, and reluctantly ceded power when the country transitioned out of a half-century of absolute military rule in 2011.

Donald Trump Managed To Lose It All. That Doesn’t Mean It’s the End

Some experts say the fraud allegations are a facade for Min Aung Hlaing’s real motivation to overthrow Suu Kyi.

“This could be being driven by the personal ambitions of Min Aung Hlaing, who was due to retire in six months,” Mark Farmaner, the director of Burma Campaign UK, said in an interview with Time. “He has also used his position to ensure his family have lucrative business interests, which he won’t be in a position to protect after retirement.”

The coup has drawn widespread outrage around the world, but a resolution issued by the United Nations Security Council stopped short of condemnation after China vetoed its earlier draft statement urging the Tatmadaw to relinquish power to Suu Kyi. The Security Council is set to reconsider the first British-drafted statement later this week.

Many Burmese have protested with a cacophony of banging pots and pans at a designated time each day, and tens of thousands have peacefully demonstrated to demand Suu Kyi’s government be restored despite significant pushback from the Tatmadaw. Health care workers have gone on strike, and demonstrators have urged people in other sectors to follow suit. Some citizens say they fear there will be a return to the mass human rights violations that defined Myanmar’s previous stint under military rule.

“The doors just opened to a very different future,” tweeted Burmese historian Thant Myint-U. “I have a sinking feeling that no one will really be able to control what comes next.”