Unilateral US sanctions against China have backfired, resulting in economic warfare with an increasingly powerful Beijing.

Throughout its tenure, the Trump administration leveled sanctions against dozens of Chinese entities, ostensibly to corner China into moderating its surveillance programs, human rights abuses, and military expansion. Far from coercing Beijing into changing its policies, however, Trump’s sanctions have resulted in the Chinese government imposing sanctions of its own. In the process, China has forged its own trade deals and weaponized the reliance of other countries on its markets. These tit-for-tat retaliatory measures complicate an already rocky US-Sino relationship and call for a more targeted, multilateral approach from the incoming Biden administration.

Beijing flexed its economic muscles earlier this month when the United States placed sanctions on China’s tech giant Huawei. Former US Secretary of State Mike Pompeo complained that data handled by Huawei’s devices could be collected and used by the Chinese military. The US banned the sale of US-made technology to Huawei and convinced its allies — including the UK and Israel — to reverse their previous intentions to let Huawei create their nationwide 5G networks. The increased pressure on Huawei led to Beijing ordering Chinese companies to sue any third party that complies with Washington’s refusal to furnish them with US-made goods. The order did not single out any specific country, but its intention was clear, and it could have global significance.

“This is a pretty big step in dividing the world,” Gary Hufbauer, senior fellow at the Peterson Institute for International Economics, told WhoWhatWhy. “It forces companies into a position where they’ll either have to do business with the US or with China. This sets the path towards a pretty big separation.”

Former President Donald Trump’s use of sanctions as a political tool may have gained him some clout domestically, but according to Hufbauer, Trump’s “Go it alone” strategy emboldened China to engage in more aggressive policies of its own. 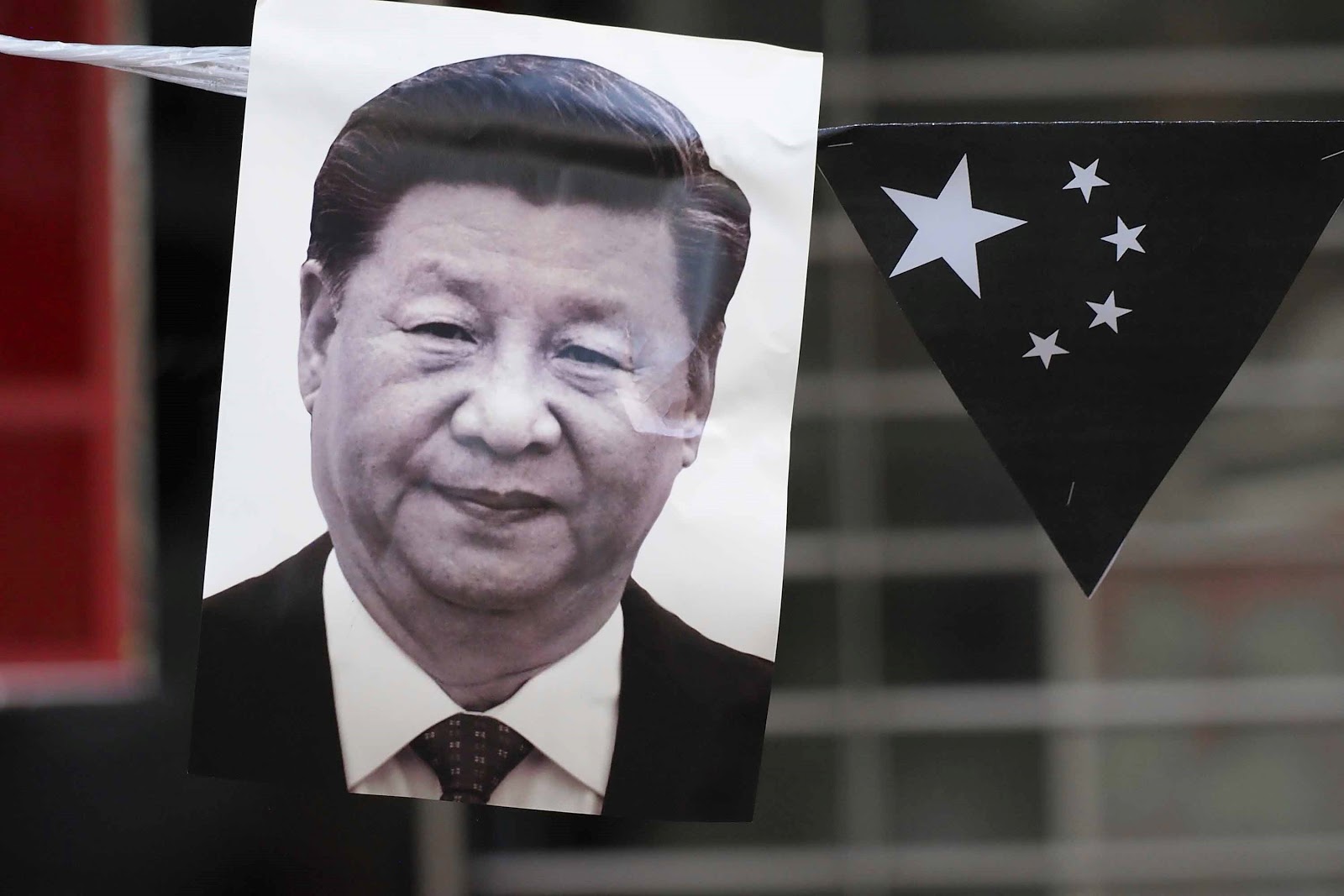 “This trade war initiated by Trump has been a gift to President Xi Jinping,” Hufbauer said. “There’s nothing like a foreign enemy to enable a leader, especially one that already exerts a lot of control, to tighten his grip on the whole country.” Hufbauer added that the United States’ attempts to shape Chinese policy through sanctions have been “a flat bust.”

China traditionally employed sanctions as a symbolic countermeasure against anyone abroad who criticized its policies. However, as it becomes more intertwined in the global economy, and more countries find themselves reliant on the Chinese economy, Beijing has begun to impose its new economic heft on other countries with increasing frequency. China imposed three times as many sanctions during the Trump presidency as it did in the six years preceding it.

Hufbauer, a former US Treasury deputy assistant secretary for international trade and investment policy, says that he expects incoming Secretary of State Antony Blinken to adopt a more cooperative stance with US allies to counter China’s growing influence.

Blinken seemed to confirm this prediction during his Senate confirmation hearing when he said, “Not one of the big challenges we face can be met by one country acting alone — even one as powerful as the US.”

The False Hopes of an Integrated China

Since it reestablished relations with China in the 1970s, the United States has pursued a dual policy of economic inclusion and sanctions. In the decades that followed, Western companies made substantial investments in China, shifting the hub of basic manufacturing eastward.

The United States and its European counterparts were drawn into this relationship for three main reasons: The lure of cheap Chinese labor, the market potential of an untapped Chinese domestic market, and the hope that a mutually beneficial economic relationship would encourage Beijing to adopt more liberal social policies, similar to those in the West. As George H. W. Bush said in a 1991 Yale commencement speech, “No nation on Earth has discovered a way to import the world’s goods and services while stopping foreign ideas at the border.”

But the last 50 years have proven former President Bush to be overly optimistic. The gusto with which the West shifted its manufacturing base to China handed Beijing a strategic advantage that enables it to defend against sanctions.

China follows a policy of “forced technology transfer” in which foreign companies are forced to share their technology in exchange for access to China’s market. However, the “market access” end of the deal never really materialized. Chinese companies notoriously copy Western products, simplifying and cheapening them for China’s domestic markets, effectively edging the originals out of the competition. A combination of protectionist policies and higher prices have rendered Western goods very slow to catch on with Chinese consumers. Western technology, including mobile phone applications, are also subject to scrutiny by the Chinese government, which often bans the more freewheeling Western apps in favor of easier-to-control Chinese alternatives.

The result is that the West has become increasingly reliant on Chinese manufacturing but has made very few inroads into the Chinese market. The West has been even less successful in curbing China’s draconian domestic policy or expansionist foreign policy.

While the US Abandons the World Stage, China Makes Inroads With Its Allies

Any effective use of sanctions against China requires a unified approach by the United States and its allies. Sanctions imposed inconsistently risk creating gaps that let China escape at no cost. Instead of encouraging the kind of cooperation needed to make sanctions work, four years of Trump’s “America first” strategy have resulted in the United States rebuffing its closest partners and losing the confidence of foreign allies due to its reneging on many of its international treaties.

These gaps have allowed China to wedge itself between the US and its partners. The EU-China Comprehensive Agreement on Investment (CAI), agreed to on December 30, 2020, resulted in China conceding to some EU demands including greater transparency and an end to the forced transfer of technology from European to Chinese companies. However, analysts caution that the benefits are asymmetrical: China has more to gain than the European Union, especially as it exploits the rifts between the United States, excluded from the deal, and its allies.

“The Chinese are trying to lock in deals with the EU so that Biden cannot form a coalition or a united front against China,” said Stanley Rosen, professor of political science at the University of Southern California’s Annenberg US-China Institute.

Moreover, the European Union has moved forward with the agreement without the muscle of their ally across the pond. “It’s very telling that they’re not waiting for Biden. Incoming Biden administration officials Antony Blinken and Jake Sullivan made it very clear that Europe should wait and invite us into the discussion and have a united front,” Rosen told WhoWhatWhy, “but the Europeans aren’t doing that.”

As the Biden administration takes its first steps, it has already begun reversing Trump-era isolationism. Within hours of taking office, Biden signed a slew of executive orders, including one to rejoin the Paris Climate Agreement, a move that should bring the US closer to its European allies.

But there seems to be some consensus between the outgoing and incoming administration on maintaining a heavy-handed approach to China. In his Senate hearing, Blinken said he disagrees with the way Trump handled many aspects of US-China relations but believes Trump “was right in taking a tougher approach to China.” He vowed to take further action against China’s human rights abuses, including banning Chinese imports that are made with forced labor and ceasing exports to China that could be used to help China further repress the Uighurs. He also said that he agrees with Pompeo’s decision to recognize China’s treatment of the Uighurs as a genocide.

While the next few months will determine to what extent the United States can mend the fissures between itself and its closest partners when it comes to dealing with China, what is certain is that the Trump-era economic brawling has not resulted in making China more compliant. Achieving that will require a more nuanced, multilateral approach.