Emmaline Tyler’s phone has been ringing incessantly for the past three months. The calls and texts come in droves, and the leaflets clog the mailbox at her eastern Georgia home. Although all these contacts have come from disparate organizations spanning the political spectrum, they’ve all been for one purpose: electing new senators in Georgia’s runoff election.

Organizers on both sides have been making an unprecedented get-out-the-vote effort for the January 5 election, the outcome of which will decide control of the Senate and either limit or propel the success of President-elect Joe Biden’s agenda.

This push for voter turnout has resulted in historic levels of voters sending in their ballots early and getting to the polls on election day, but to Tyler and many other voters, the scale and targeting of their campaigns has crossed a line.

“At this point it is harassment, and I am no longer interested in voting, for the first time in my life,” said Tyler, a Democrat who has never missed an election.

The number of times she has been contacted has increased exponentially from previous races, during which she says she receives around two dozen calls or texts in the weeks leading up to an election. She started keeping track when her peer group started complaining about it also. In the past three months, she says she has been contacted more than 4,000 times — by mail, text, phone call, and email — by more than 25 different organizations, the vast majority of which she says are affiliated with Democrats. 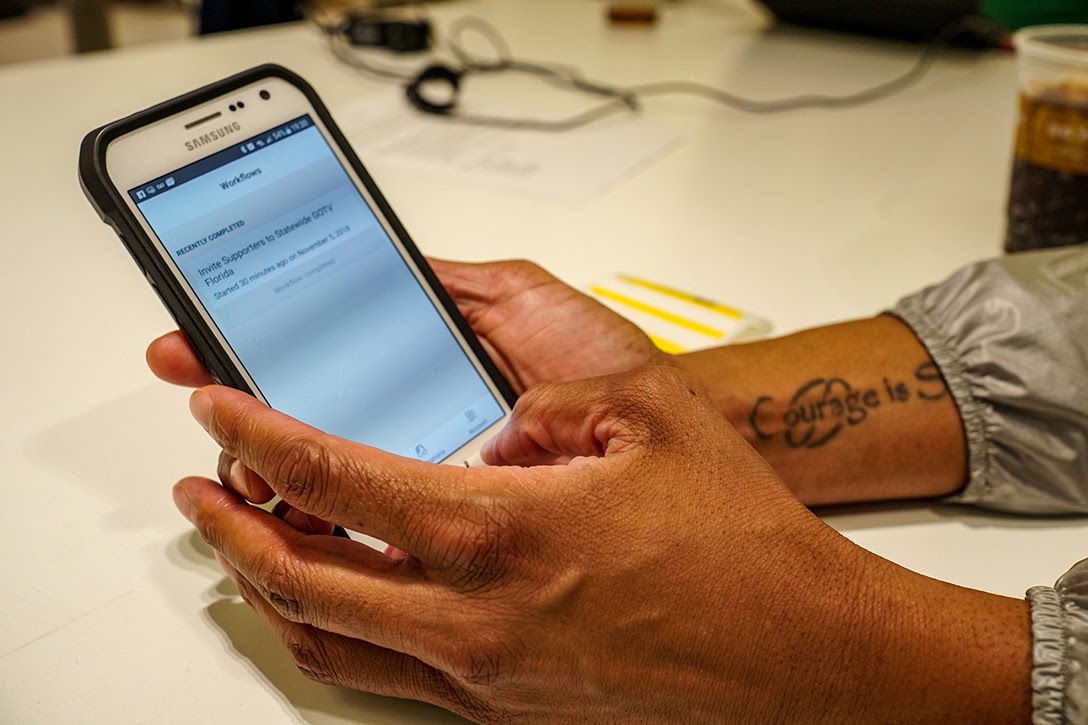 “It just doesn’t stop,” she said. “I sincerely hope that [Jon Ossoff and Raphael Warnock] sweep the election, but I hope it’s not at this cost every single year.”

These get-out-the-vote organizations, many newly formed for the 2020 election, have engaged in mass phone-bank, text, email, and mail campaigns in an effort to reach millions of Georgia voters, and in the process have turned what would have otherwise been local races into a national phenomenon for politically-inclined citizens. And amid a global pandemic, this undertaking has become crucial when normal door-knocking sprees have been rendered impossible.

Vote Forward, a nonprofit founded in 2017 which uses handwritten letters to encourage high voter turnout, has created a template for people across the country to send personal letters to Georgia residents explaining their own reasons for why voting is important, with relevant voting information included. In 2020 overall, volunteers sent out over 17 million letters, far surpassing Vote Forward’s initial goal of 10 million.

“It would have been more helpful for them to buy a ream of paper at OfficeMax and just recycle it.”

At one point, Tyler said she was receiving 40 pieces of election mail a day. For her, the influx of election mail has created a nightmare scenario where the already overburdened rural mail service she and others in her community rely upon for essentials such as food and medicine has been clogged up. She said she once had to throw away a food box when it arrived a month and a half after it was supposed to. Each day, she sees exhausted rural postal workers delivering bundles of junk mail to her house instead.

“It would have been more helpful for them to buy a ream of paper at OfficeMax and just recycle it,” Tyler said.

Elizabeth Bryant has received 10 letters and postcards about the runoff in the past month or so, many of which she says seem to be handwritten by regular citizen volunteers. Most of the mail was neutral information about how to vote, though she did get a few partisan pieces from both sides “trashing one candidate or the other.”

She voted early and had planned to do so without any outreach, but for people who haven’t yet voted, she says political communication “lets people know what’s going on and why it’s important.” She thinks the focus on mail, however, has been ineffective.

“Usually when we get mail like that, we just throw it in the trash. We don’t really take the time to read stuff from the mail,” she said of herself and her friends. 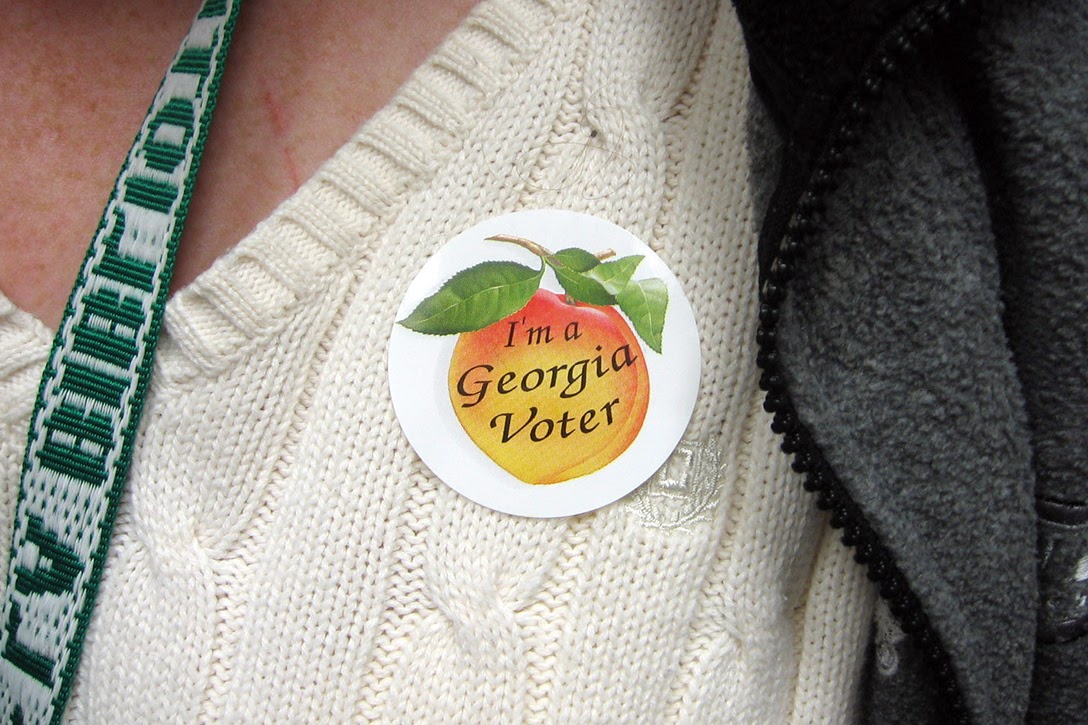 While the mass get-out-the-vote campaigns were initially very successful because “people were really pumped” to vote, Shaquan McDowell said, the effectiveness has declined sharply as people have voted early and continued to receive the same messages about the importance of going to the polls.

The result is some Georgia voters feeling annoyed and blocking the get-out-the-vote organizations, a trend that McDowell believes spells trouble for political engagement in the future.

While this may be a record-breaking voting year where people are enthusiastic about voting, McDowell said, people may not be so receptive to political outreach in the future during midterm elections.

“It makes it less likely for them to get the outreach they need,” he said.

Because there are so many organizations working to get out the vote, a person who successfully gets their name removed from one phone-bank or email list may still get contacted by dozens of other groups, meaning it is difficult for people to extricate themselves from the political organizing machine even after they have already participated.

“It’s important, so I appreciate that there’s a lot of outreach,” McDowell said. “However, I feel as though there could probably be a bit more cross-communication between the groups that have access to this information [about who has already voted].”

Milu Parrilla, a freshman at Georgia State University, has been phone-banking for PIRG since September. When she makes calls or texts, she says sometimes the recipients “don’t realize there’s a person behind that text and they respond in a rude manner.”

Political organizers could more effectively get through to people of color by genuinely engaging with their needs.

But no matter the mood on the other end of the line, she sticks to her mantra — “always call with a smile” — and says she and her fellow phone-bankers remain compassionate and respectful.

That mindset and their persistent work have resonated with many Georgia voters who have questions about registration, voting amid COVID-19, and the absentee ballot process.

Parrilla says frustration with too much political outreach is legitimate, but maintains it is better than there being nothing or too little. She says reactions have been overwhelmingly positive, and has been frequently thanked for her work and showered with motivational messages to keep going. Some people have even asked how they can help.

“I think they realize the importance of the efforts and how they have an impact on getting people out to vote, so I definitely think it’s a positive reaction,” she said. “[Young people] keep realizing the power that we have and how important it is for them to show up and vote.”

Parrilla believes phone-banking is the most effective form of outreach because there is power in reaching out to peers about a cause. Parrilla mostly calls students at Georgia State.

“You’re the same type of person, so it’s easier to have a conversation with [them] and it’s usually more comfortable,” Parrilla said. “[Phone-banking is] the best way to establish a connection to the person you’re talking to.”

But not all of these modes of outreach have been innocuous. 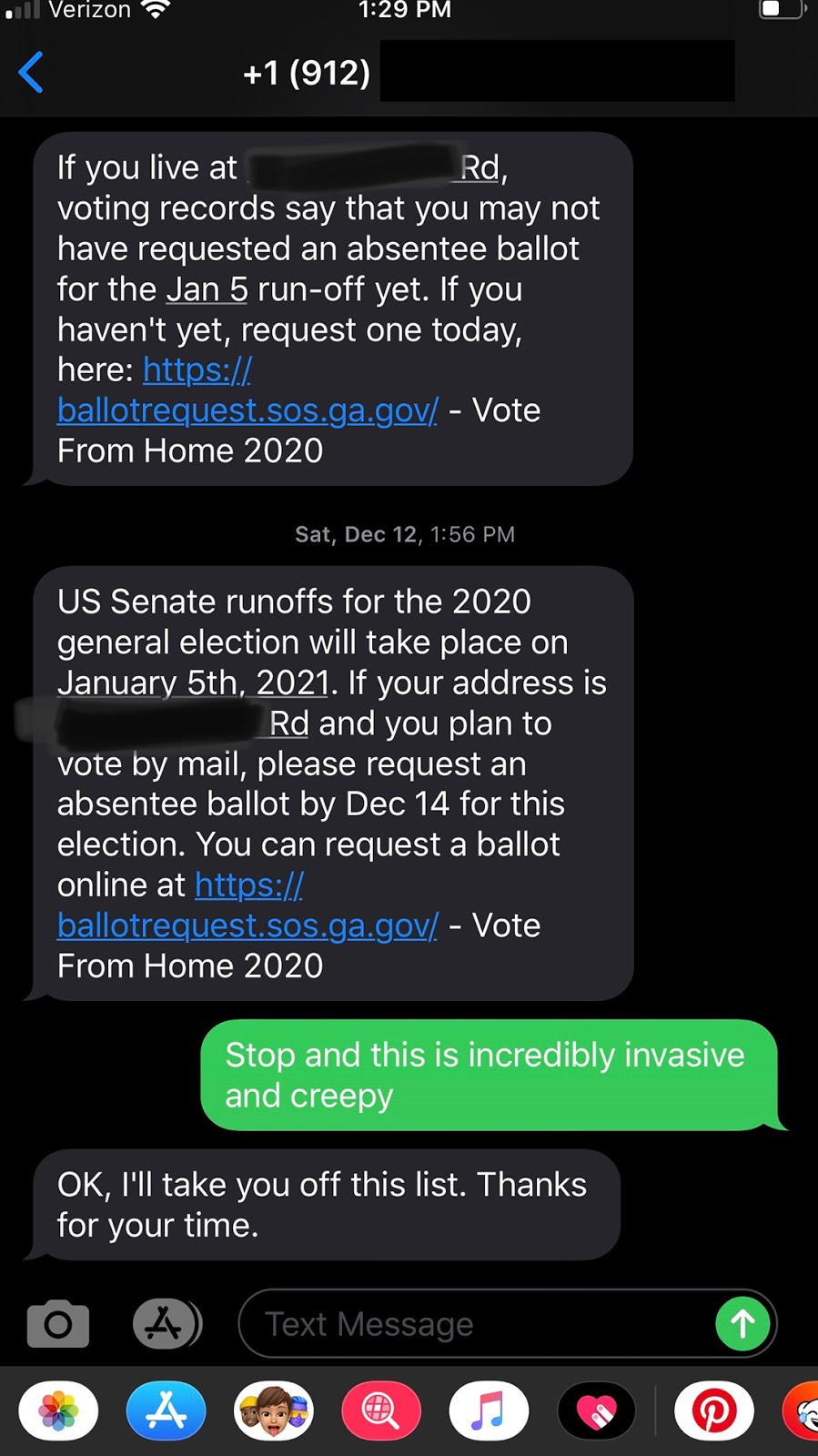 “This is what they’re told is helpful,” she said of the people calling her. “It felt violating, and there’s no way to stop it.”

The constant phone calls, too, have made life in her community more dangerous for some. They’ve led many of the Elders to turn off their phones, so checking on them has to be done in person, which is much more difficult and time-consuming, Tyler said.

She even received text messages from one voter group stating her home address, which she found harassing and intrusive.

Tyler also objects to some of the targeted outreach, partly because much of it has not hit the right mark. When she’s tried to get off call and mailing lists, some organizations have sent her leaflets and texts in Spanish, a language she doesn’t speak.

“This is disingenuous,” she said. “You can’t have conversations about our needs when we’re not in the room.”

Political organizers could more effectively get through to people of color by genuinely engaging with their needs, a tactic she said these groups did not utilize when she asked how they could help her community.

“There is immense power in centered community conversations on voting. There’s access when you do intentional work in getting communities interested in a meaningful way that doesn’t feel like pandering,” she said.

She says the organizations could have actively helped communities by distributing masks or organizing volunteer efforts to get voters to the polls, but instead focused on “harassing phone calls.”

McDowell said the shift in Georgians’ political engagement has been tangible now that it is a more competitive state and because of how high the stakes are.

“Most constituents in Georgia are so enthusiastic about this election.”

Regardless of feelings about all the text messages and calls, he said, people are voting.