Raffensperger, the unlikely hero of election integrity, can be heard calmly telling the president over and over again that his information is incorrect, and there is nothing to be done, in a recording released by the Washington Post over the weekend. The president threatens, pleads, and cajoles, reminding Raffensberger that there is another Georgia election on Tuesday. The Secretary of State remains unmoved. He cannot do anything about the general election. The votes are good, and the votes are counted.

But as Georgia Republicans grapple with President Trump’s loss, officials are looking to make changes to election laws they say rigged the presidential election in the Democrats’ favor. These would take effect after the January 5 Senate runoff elections, which are considered extensions of the general election in November.

Sweeping legislative reform of the system that Georgia Republicans created in 2005 is likely to be passed as soon as the General Assembly reconvenes. Last week, Raffensperger asked the state Legislature to end the “no excuse” absentee voting that over 1.3 million Georgians used to vote in the presidential election and almost 900,000 have used so far in the Senate runoffs.

The state Senate’s Republicans, who hold the majority, have signalled they intend to make the issue a priority — in a statement released on December 8, they said they would immediately put forward measures to “secure our electoral process,” including proposals to eliminate “no excuse” absentee voting, require photo ID for absentee voting, and outlaw ballot drop boxes.

“The Georgia Senate Republicans have heard the calls of millions of Georgians who have raised deep and heartfelt concerns that state law has been violated and our elections process abused in our November 3, 2020 elections. We will fix this,” the statement said.

“We had tremendous turnout in Georgia this year, and it was a fantastic year for Republicans, except for the president,” said Bryan Sells, an Atlanta-based civil rights attorney who specializes in election law and voting rights. “I think the lesson that we learned this year is that more voters helps Republicans, and unfortunately I think Republican orthodoxy is learning the opposite lesson.”

Although the state House of Representatives has not yet offered parallel legislation, it has held multiple committee hearings on alleged instances of voter fraud, and Republican House Speaker David Ralston has said increased mail-in voting would be “extremely devastating to Republicans and conservatives in Georgia.” He later clarified his position, saying his comments were about preventing fraudulent votes and not about giving any party a political advantage.

The proposed new legislation is regarded by many elections experts to be a response to the outgoing president’s baseless claim that mail-in voting during the election was rife with fraud, which he has frequently blamed for his loss in Georgia.

Voting-rights organizations strongly oppose the plans. They worry that these false allegations of fraud could ultimately be used to erect formidable barriers to voting, especially for young people and people of color who already face hurdles.

The 12th Congressional District Republican Committee and three voters tried to sue Raffensperger, the Richmond County Board of Elections, and the State Election Board for allegedly mishandling absentee ballots and harvesting ballots through drop boxes. The suit was dismissed by a federal judge, who ruled the “claims are simply based on speculation” and were registered too close to the election.

Though some Republicans may think these investigations and lawsuits will vindicate Trump, the greatest impact could be in fueling further skepticism that would derail the effectiveness of these proposed legislative reforms in rebuilding confidence in election security. 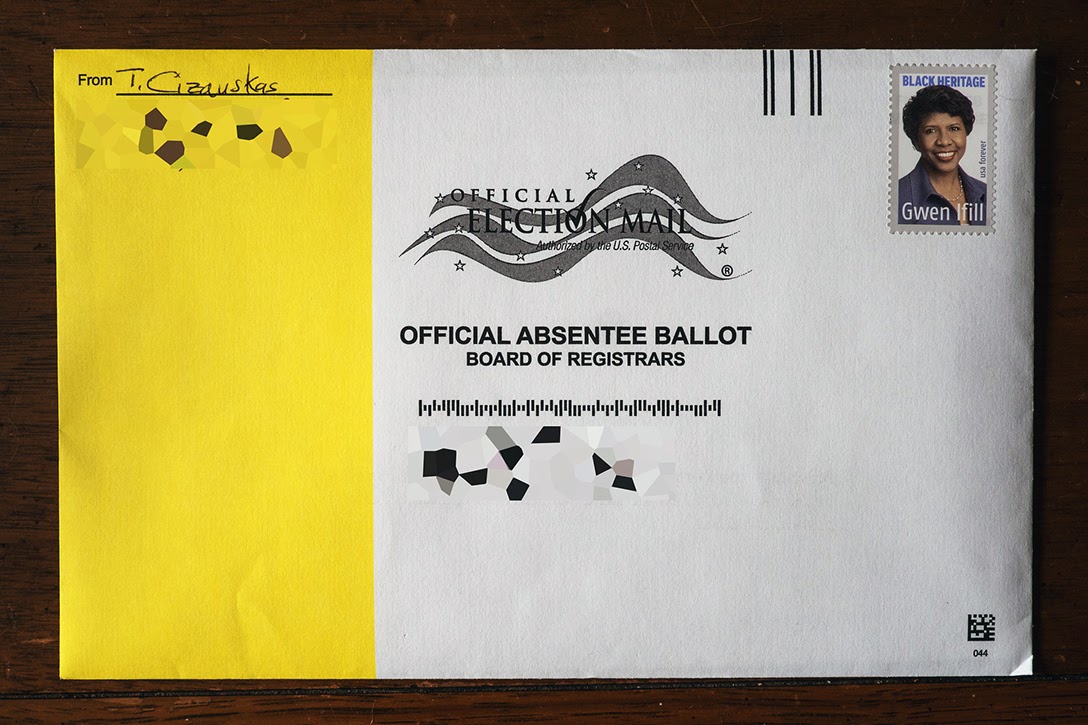 “In that respect, the Republicans are playing with fire,” Sells said. “Convincing their constituents that their votes were stolen runs a real risk of turning them off. In general, I would argue that if you convince someone that their votes were stolen, they’re less likely to vote in the future. By claiming fraud, that is a very dangerous game for their own political fortunes.”

Although mail-in voting is expected to be the Republican Party’s main target, they also say signature matching is in desperate need of reform.

Georgia Deputy Secretary of State Jordan Fuchs told the Associated Press that while signature matching does provide greater security for absentee ballot requests, reforms in other areas such as requiring a photo ID would also be necessary to further safeguard the mail-in vote.

Jake Evans, a lawyer who’s also a member of the Georgia Bipartisan Task Force for Safe, Secure, and Accessible Elections, said in addition to absentee voting changes, he expects to see more clarity in laws governing poll watchers and mandating the education of poll workers. Evans, who is also the chairman of the Georgia Republican Party’s Election Competence Task Force, said legislation to allow the Georgia secretary of state to directly address problems with voting in individual counties, such as long lines and counting times, is needed as well.

These actions are meant to “protect the legality of elections,” said Dr. Charles Bullock, a political science professor at the University of Georgia who specializes in elections and legislative politics.

“This is part of a broader concern that the Republicans have had for 15 years, maybe longer than that, that elections are being distorted by illegal activity,” he said.

But Sells thinks the potential negative impact of these changes on elections means they won’t actually help.

“These are plainly reforms that are made to make elections run less smoothly, and thereby to deter. It would be one thing if the Legislature were to make a reasoned and principled decision,” Sells said, referring to their attempts to restrict voting by mail. He said those restrictions need to be coupled with increased funding for voting in person, but that “there’s no talk of that.”

“It’s not a healthy sign for our democracy,” he said.

Sells said concentrating on requirements like needing an excuse to vote by mail and needing a notary’s signature to witness the signing of an absentee ballot would essentially “eliminate voting by mail in Georgia.”

And introducing restrictions on absentee voting could backfire. Up until 2020, mail-in voting was used at higher rates by Republicans than Democrats, especially by elderly voters, who tend to lean Republican.

“Should Republicans take steps to make absentee voting more difficult, they may actually be shooting themselves in the foot,” Bullock said.

The emphasis on voter fraud in the push for further restrictions on voting by mail has cleaved Georgia Republicans into separate camps — those who accept the outgoing president’s loss and those who persevere in their fight to overturn the election through the legal system.

While Raffensperger rebukes Trump’s baseless claims of widespread voter fraud and emphasizes the legitimacy of Biden’s victory, Georgia’s Republican state senators call for hearings and investigations into “any and all fraudulent activities” they allege occurred during the November election cycle.

That skepticism also extends to the federal level. On December 15, Georgia Rep. Jody Hice led a slate of House Republicans in writing to Raffensperger to express “continued concern with serious allegations of voting irregularities that occurred in the state of Georgia during the 2020 general elections” and questioned Raffensperger’s conclusion that fraud did not affect the outcome of the election.

“Fraud and illegality cannot be tolerated whether or not the outcome would be affected. Moreover, it is far from clear that the outcome in this case was unaffected, as the candidates in the presidential race in Georgia are separated by less than 13,000 votes out of almost 5 million cast in the state,” the letter said.

Newt Gingrich, the former speaker of the house and a Georgia Republican loyal to Trump, took it a step farther, tweeting that Raffensperger, who also favors voting restrictions, was “working so hard to add drop boxes and take other steps to make it harder for Republicans to win.”

Bullock says that is not only false, but dangerous rhetoric.

“Spreading belief that one should not believe in or accept the results of the election [is] very dangerous,” Bullock said. “If the losers do not accept that they lost fair and square, then it undermines the basis for democracy and the exchange of power.”

It looks like Georgia leadership is holding that line, if tenuously, much to the chagrin of some members of the national party.