More than 1.4 million people have requested mail-in ballots in Georgia for the Senate runoff race, a number quickly creeping toward the record-breaking 1.7 million requested for the general election in that state.

And more than 1.4 million votes have already been cast — either by mail or via early person voting, a number that rivals the vote count for the general election even this far out from the January 5 election day. That means more mail-in ballots are coming through the Postal Service every day.

Mail-in ballots are taking off, despite marked attempts to undermine the system itself. In fact, according to Michael McDonald, the founder of the United States Election Project and professor at the University of Florida, nearly 800,000 ballots have already been returned via post.

“A record number of people across the country voted by mail this election season, and the US Postal Service’s number one priority throughout that time was the secure, timely delivery of the nation’s Election Mail.” — Martha Johnson, a representative for the US Postal Service.

The runoff election holds implications for the future of the entire country as the Republicans currently hold a Senate majority at 50 members to the Democrats’ 48 members. If the Democratic challengers, Jon Ossoff and Rev. Raphael Warnock, win their respective races, the control of the Senate will switch to the Democratic Party. If the incumbents, Sens. David Perdue and Kelly Loeffler, keep their seats, President-elect Joe Biden will face a red Senate as he tries to roll out his plans for the nation.

Due to the large numbers of older workers in the Atlanta district who retired because of the pandemic and the workers who took advantage of extended offers for family and medical leave in order to homeschool their children, the district is experiencing a major staffing issue even as the state quickly heads into the double run-off elections. The staff shortages, in addition to the large volumes of holiday mail, are only amplifying the need for a stronger postal workforce, especially since activists managed to register more than 75,000 new voters before the runoff registration deadline.

Atlanta’s American Postal Workers Union (APWU) chapter has even gone so far as to create an election mail task force — both for the past general election and the upcoming senate runoff — in partnership with the national APWU.

“They track the absentee ballots that are requested, make sure that they get delivered where they’re supposed to be delivered, [track] if there are any ballots left in the building, [and] what the cause was,” Stacey Sabir Brown, president of Atlanta’s APWU chapter, said. “There’s someone that goes around and checks the mail. If they find any political mail, they are tasked to take it along so that it can be delivered.”

Postal workers proved indispensable in the general election, and they continue to work to get out those votes in Georgia.

“A record number of people across the country voted by mail this election season, and the US Postal Service’s number one priority throughout that time was the secure, timely delivery of the nation’s Election Mail,” said Martha Johnson, a representative for the US Postal Service.

Indeed, the nation’s unionized postal workforce made it possible for more than 65 million Americans to vote by mail safely and efficiently across the country.

They did this amid a pandemic that, by election week, had an infection rate of more than 88,000 new cases per day. Millions of Americans were forced into quarantine due to exposure. By August, 40,000 of those who had gone into quarantine were postal workers.

Sabir Brown reported in an interview that 601 of the Atlanta postal district’s 15,000 employees had contracted the virus since March. In total, 2,052 employees had to take leave from work due to infection or close contact with an infected person.

The leadership of Postmaster General Louis DeJoy — a businessman with deep ties to the Republican party and a major donor to the Trump campaign (he has donated more than $2 million to Trump and the GOP since 2016) — also imposed barriers for workers when he called for the removal of crucial mail-sorting machines. In the Atlanta APWU’s district alone, 17 of these machines were removed prior to the general election. Only three ended up being returned, even after DeJoy received widespread criticism for what many believed was an attempt to sabotage the mail-in vote.

Joe Piette, a veteran postal worker with 30 years of experience as both a clerk and letter carrier, characterized the leadership of DeJoy as a symptom of a long history of government officials’ failure to prioritize postal workers. “The numbers of workers (and processing equipment) are inadequate due to policies of past administrations,” he said, “but DeJoy seems intent on lowering those numbers even more.” 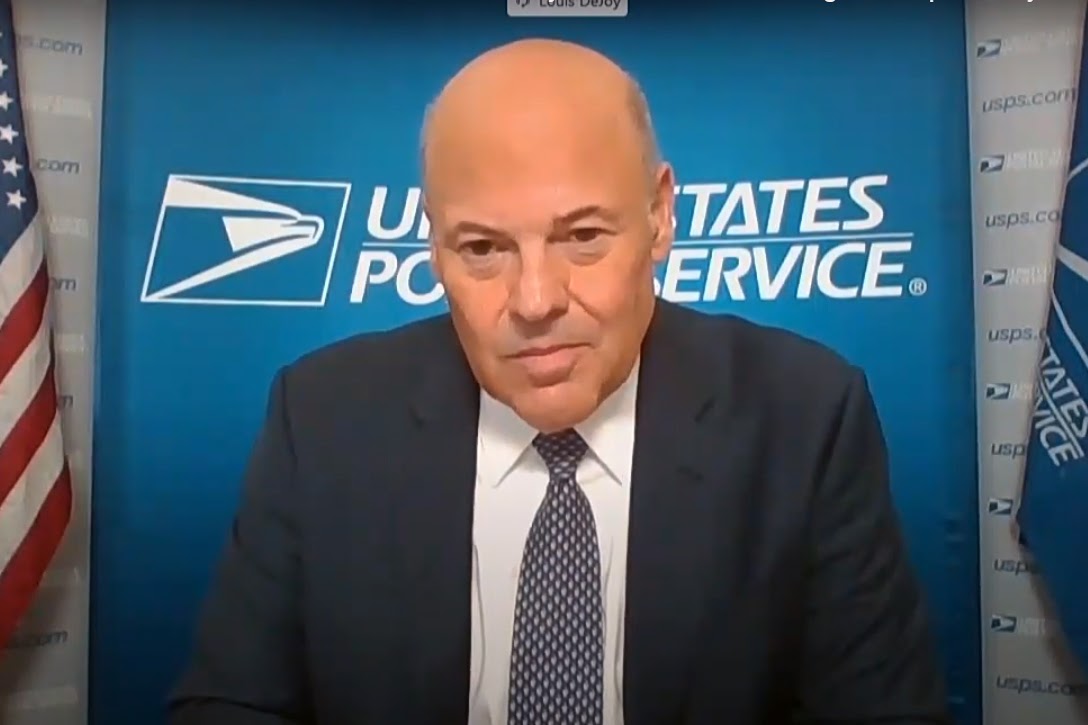 Only the fifth postmaster in almost 50 years to not come up through the Postal Service’s ranks, DeJoy was hired by the Postal Board of Governors, which, while bipartisan in theory, currently features six members (out of 11) appointed by President Donald Trump.

Trump has repeatedly attacked the USPS as a “joke” and, as early as 2018, the Office of Management and Budget was openly calling for privatization. “A privatized Postal Service would have a substantially lower cost structure, be able to adapt to changing customer needs and make business decisions free from political interference,” the office said in a 2018 report. But the public post office did serve its country well this election season.

However, postal workers and union activists alike blame DeJoy for politicizing the Postal Service amid the election. Though DeJoy has denied any complicity in privatizing the USPS, some postal workers believe such claims stand in contrast to DeJoy’s actions so far — including ordering the removal of USPS mailboxes and mail-sorting machines.

Still, postal workers across the country rose up to protect the vote.

“From October 26 through November 24, the Postal Service implemented extraordinary measures to advance and expedite the delivery of the nation’s ballots, consistent with past elections,” said Johnson. “These efforts included extra pick-ups, extra deliveries, and delivery units running regular collections on Sunday.”

Thanks, in large part, to the service of union postal workers, the 2020 election — for all the rumors of fraudulent mail-in voting — was the “most secure in American history,” according to a joint statement from the Elections Infrastructure Government Coordinating Council and the Election Infrastructure Sector Coordinating Executive Committees.

“In a number of locations, it took the initiative of union officials to push local postal officials to organize in advance for the upcoming ballot deliveries,” Piette said. “Postal workers, knowing the importance of this election, went out of their way, searching through the mail stream for individual ballot envelopes.”

DeJoy’s tenure, in all likelihood, will not end with the inauguration of President-elect Joe Biden, but the success of the election’s mail-in vote process has safeguarded the reputation of the USPS for another day.