While the transition to the Biden administration is finally underway, President Donald Trump’s legal grounds for trying to reverse the outcome of the election are disappearing one by one, leaving just one avenue to pursue where he’s had some success: undermining confidence in the electoral process.

That’s the case in Wisconsin, where the Trump campaign is paying for a recount in just two areas, heavily Democratic Milwaukee and Dane counties, which gave President-elect Joe Biden an overwhelming 364,000 margin of victory in a state where he won by just over 20,500 votes.

By asserting that the vote was rigged for Biden through massive fraud facilitated by the institutions designed to uphold fair and secure elections, Trump is trying to “sow doubt and confusion” about the underpinnings of democracy. This comes from Jeffrey Mandell, an attorney and founder of Law Forward, a nonpartisan law firm that fights for open government and progressive legal change in Wisconsin.

As the recount began last week, several hundred Trump supporters rallied on cue in a Milwaukee suburb at a protest over alleged voter fraud that featured former Milwaukee County Sheriff David Clarke and heavily-armed members of the far-right Proud Boys.

After five days, the recount has only come up with a net gain of just under 60 votes for Trump. But the recount is just a precursor to more legal action challenging the integrity of the election.

Unlike in previous Wisconsin recounts, which have identified individual ballots that were miscounted, the Trump campaign wants the courts to throw out tens of thousands of legally cast absentee votes by overturning guidelines set by the Wisconsin Elections Commission (WEC) before the election.

Their legal petition objects to:

Jim Troupis, a former judge in Dane County and counsel for Trump and Vice President Mike Pence, released a statement on November 20 claiming that the WEC “disenfranchised voters and undermined the integrity of this election.”

“Our democracy depends on fair and impartial elections that fully adhere to the Constitution and state statute. By staging a last minute attempt to change the rules, and by providing unlawful advice before then, the Wisconsin Elections Commission has repeatedly failed to follow the law,” it said.

“I am shocked and offended that you have implied in any way that clerks in Madison and Milwaukee have sent out thousands of unrequested ballots. I think that’s absurd, I think it’s factually bizarre.”

Oddly enough, by his own legal arguments, Troupis voted illegally, and so did his wife. They voted absentee in-person before Election Day, and their names appeared on exhibits Troupis submitted to the Dane County Board of Canvassers, which rejected his claim of fraud.

WEC Public Information Officer Reid Magney said there was “no evidence” to support Troupis’s claims about the commission’s actions.

Jay Heck, director of Common Cause in Wisconsin, called the statement an “absolutely outlandish charge” that accused the WEC of undermining the integrity of elections “without any foundation.”

“They don’t like that the staff of the commission doesn’t do exactly what they want, which is to favor their candidate,” Heck said. “I don’t know where they come up with this stuff other than they’re just trying to undermine citizen confidence in the Wisconsin Elections Commission.”

The Trump campaign’s claims have roiled the WEC itself.

During an almost six-hour meeting of the WEC’s six commissioners on November 18, Republican Commissioner Robert Spindell echoed one of Trump’s false allegations about voter fraud — that thousands of absentee ballots were sent to voters who didn’t request them, prompting a rebuke from other commissioners. 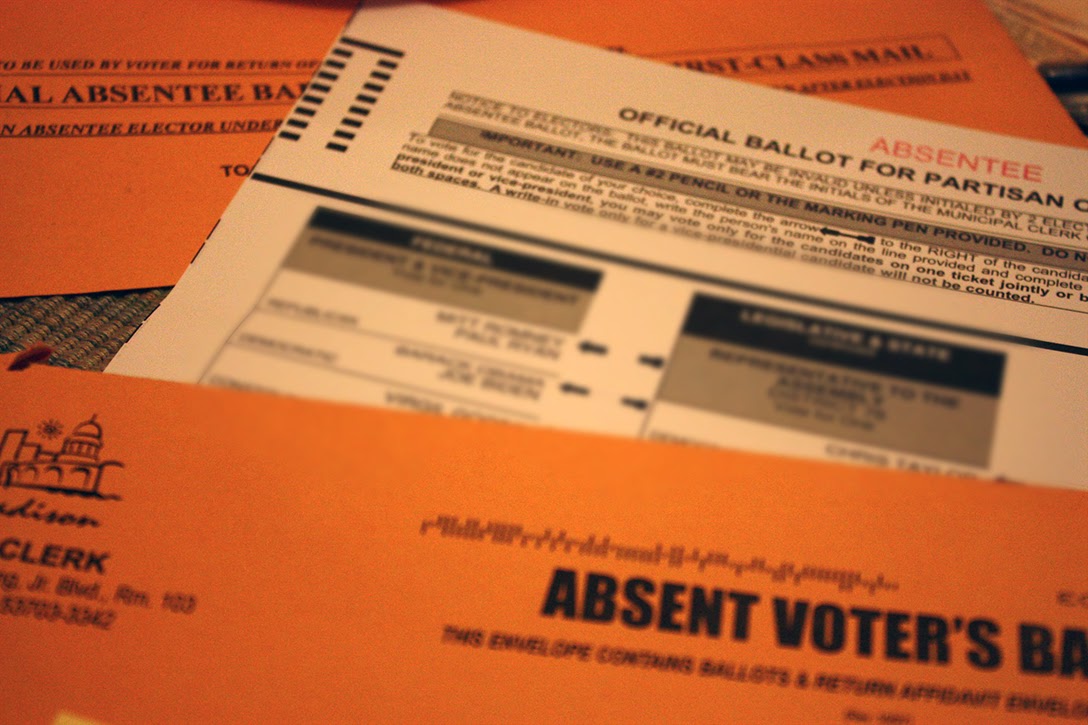 “I am shocked and offended that you have implied in any way that clerks in Madison and Milwaukee have sent out thousands of unrequested ballots. I think that’s absurd, I think it’s factually bizarre,” Chairwoman Ann Jacobs said in response to Spindell. “The issue is not some vague, paranoid conspiracy, but you have been on this commission and you have been on the [City of Milwaukee Election Commission], and you knew darn well that neither entity is causing the issuance of thousands of unrequested ballots through some sort of weird nefarious write-in campaign.”

Jacobs went on to excoriate Spindell for repeating the unfounded claims of others. “So the fact that you’re saying, ‘people are saying this,’ what I would suggest is you not say it, because it’s not true,” she said. “So that’s the problem I’m having with this discussion, is we’re implying that there are these thieves, these criminals in charge of elections in our two largest counties. And what I think we ought not be doing is watering that plant of baloney, and instead what we should be doing is talking about the fact that that didn’t happen.”

Heck said that Spindell and another Republican commissioner, Dean Knudson, were raising the specter of voter fraud “so they could raise doubts about what the commission was doing” and to show Trump they were “good, loyal Republicans.” Heck added, “Elections shouldn’t be decided on who you’re loyal to. It should be decided by the law.”

Separately, voting-rights activists questioned the legality of the Trump campaign’s decision to target the state’s two most liberal and populous counties while ignoring the many Wisconsinites in the other 70 counties who voted using the very same methods they disputed.

If any of the ballots in the two counties are thrown out, Mandell said it could be a violation of the Equal Protection Clause of the 14th Amendment because “you can’t count the ballots by one set of rules in some counties” and “a different set in the rest of the counties.”

But Mandell said it is unlikely that any of the contested ballots will be thrown out by the courts.

“There’s no space in the system for fraud. They’re just yelling and screaming and throwing it at the wall to see if anything sticks,” he said of the Trump campaign. “These are voters who did nothing wrong. They followed the guidance of election officials in good faith.”

The recount will involve reconciling the number of ballots issued with the number of voters listed in poll books, reviewing the absentee ballot log and poll book, and re-reviewing rejected ballots. Votes will then be canvassed multiple times at the municipal, county, and state levels “with a fine-toothed comb,” Mandell said, and the canvassing boards will hold public meetings. Past recounts in Wisconsin have only changed a few hundred votes, and that precedent will likely hold true this time as well.

There will also be audits to determine if anyone voted who was dead on election day, voted twice, also voted in another state, or voted as a convicted felon and somehow didn’t get screened out. Magney said that historically “the numbers are relatively small” — around 100-200 cases out of 3.2 million votes.

The result that the recount will end up showing, Mandell predicts, is that Wisconsin’s elections are honest and secure.

“It’s almost like looking for change within the couch cushions. You might find a little bit, but you’re not going to find this huge score between the cushions,” Mandell said. “If anything, this checking and rechecking of the recount should only redouble public confidence … because our process works really, really well.”

One response to “Trump Campaign Presses On in Wisconsin”