As Minnesota voters cast absentee and early ballots in record numbers, they’re seeing a lot fewer ads for President Trump, whose campaign has slashed ad spending in the state in the face of daunting poll numbers.

These are just some of the unusual goings on in this unprecedented presidential election season in the land of 10,000 lakes.

With America in the clutches of the COVID-19 pandemic, states are seeing record-breaking absentee voting totals, and Minnesota is no different. Nearly 1.2 million ballots have already been accepted as of October 23, with less than a week to go until Election Day. Compare that to 2016, when the total number of Minnesotans voting early was just 676,000.

This means that almost 35 percent of Minnesota’s 3.5 million registered voters have already cast their ballots this year.

A close look at Minnesota counties shows a definite partisan trend in early voting. Besides some small, rural precincts where all voting is by mail, early voting is trending highest in counties that are Democratic strongholds. This is evident in Hennepin and Ramsey counties, home to Minneapolis and St. Paul, where more than 40 percent of registered voters have already cast absentee ballots.

In comparison, counties where President Trump performed well in 2016 have much lower rates of early voting. In Wright and Sherburne counties, which voted overwhelmingly for Trump four years ago, about 20 percent have cast absentee ballots. 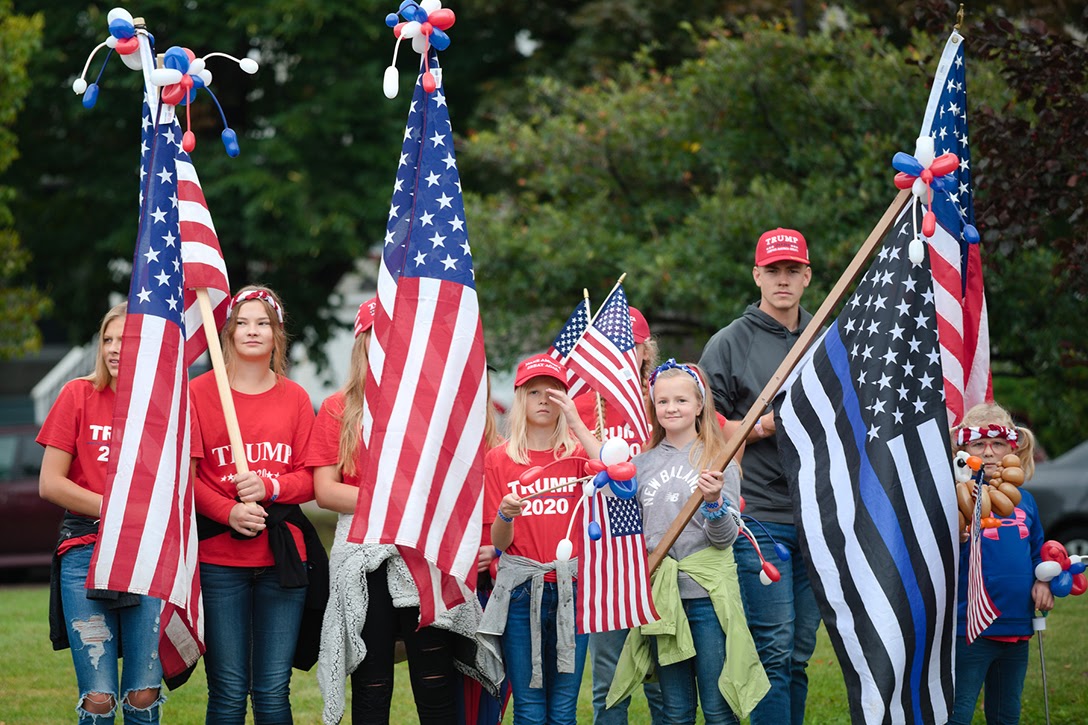 Part of the reason, no doubt, has to do with the president’s regular criticism of absentee voting. This despite the fact that there is no evidence of rampant voter fraud.

When President Trump attacked the integrity of mail-in voting in the first presidential debate, Minnesota Secretary of State Steve Simon (D) responded with a strong defense of his state’s absentee voting system.

“The system is safe, secure, and time-tested,” Simon said. “This has been a system that has worked very well, successfully and securely” since World War II.

Due to the COVID-19 pandemic, Simon issued an extension for counting mail-in ballots, a move that state Republicans fought unsuccessfully in the state and federal courts.

On October 15, a federal judge upheld a Minnesota State Court agreement that allowed for the counting of absentee ballots received up to seven days after Election Day, as long as they are postmarked by November 3.

US District Court Judge Nancy Brasel tossed out the suit because GOP claims of voter fraud didn’t hold up to evidence that shows that the rate of voter fraud in the state has been just 0.000004 percent since 1979. Only two cases of voter fraud have been discovered out of 45 million ballots cast during this same period.

Republicans had been hoping they could turn Minnesota this year, since Trump only narrowly lost the state in 2016. But the latest FiveThirtyEight average of polling data for Minnesota shows Trump trailing Joe Biden by 9.2 points.

That’s why the Trump campaign has pulled the plug on millions of dollars in ad spending in the state in recent weeks, consistent with its reduction in ad buys in other Midwest states like Wisconsin, Michigan, Iowa, and Ohio. Where it once pledged to spend $14 million on ads in Minnesota, the campaign has now cut back by at least $5 million — roughly $4 million of the cuts came in the first two weeks of October.

While cuts in ad spending and court fights over the counting of absentee ballots were big news, the most curious Minnesota election story this fall has come out of Tennessee. A security firm based just outside of Nashville recently posted a Facebook ad seeking to hire former special operations military personnel as armed security guards to protect Minnesota polling places, local businesses, and residences from looting and destruction on Election Day.

Atlas Aegis says its mission is to provide a level of security to its clients that is rarely seen outside of US special operations. Anthony Caudle, co-founder and chairman of Atlas Aegis, said he was acting on behalf of an unnamed client who is a “consortium of business owners and concerned citizens” worried that the violence in the aftermath of the George Floyd killing in police custody will happen again at Minnesota polling locations.

Minnesota Attorney General Keith Ellison (D) responded by issuing a cease and desist order for Atlas Aegis, citing state laws that make it illegal for people other than voters and elections staff to be within 100 feet of polling places unless they are registered to be an election challenger, as well as laws prohibiting voter intimidation. There are also federal laws aimed at preventing voter intimidation. With a week until the election, the company finally agreed to cancel its plans and stay out of the state until the end of the year, according to Ellison.

One response to “Wave of Absentee Voting in Land O’Lakes”