It’s a sign of the times, and it has Republicans seeing red in rural northern Wisconsin.

Kirk Bangstad shut down his microbrewery and put up a large Biden-Harris 2020 sign on his business in protest of how the Trump administration, the state Legislature, and local officials were handling the COVID-19 pandemic.

That didn’t sit well with county officials, who ordered him to remove it or face fines; they said the sign was too big and was in violation of zoning rules.

“I think it was harassment for sure, political harassment,” said Bangstad, an ex-Silicon Valley tech strategist and professional musician. “They just didn’t want to drive by it every day.”

Bangstad, 43, is a progressive Democrat now running for state Assembly in a heavily Republican district that encompasses much of northeastern Wisconsin, 250 miles north of Milwaukee.

Since 2014, he’s owned the Minocqua Brewing Company, a brewpub that was a local favorite in Minocqua, a town of just over 4,000 in the state’s Northwoods.

He closed his business until the spring due to the pandemic response.

“I’d rather have my employees all on unemployment and be safe than exploit them and make them sick because some f***ers wouldn’t put their masks on,” he explained.

In order to voice his frustration and disappointment with the Republican policies that he says have affected his business, Bangstad hung the large Biden-Harris sign outside of the brewery.

“That was groundbreaking in my area because no business dared get into politics, especially if you’re a restaurant or brewpub. And I was against Trump, which as a small business owner, most of us are more conservative, so that really blew some peoples’ heads up.” 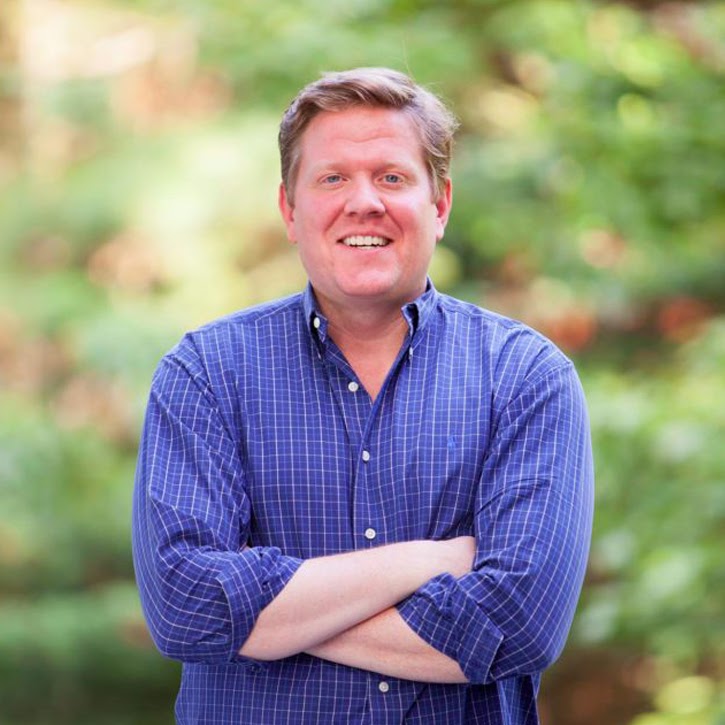 Kirk Bangstad, owner of Minocqua Brewing Company and a candidate for the Wisconsin State Assembly. Photo credit: Bangstad for Wisconsin

Among those who took exception to the sign was the Oneida County Planning and Zoning Department, which sent Bangstad a letter stating they had “received complaints” regarding the size of the sign. In the September 29 letter, the Planning and Zoning Department said they “believe[d]” the sign exceeded 32 square feet, a violation of the county’s ordinances regarding political signage. They demanded that Bangstad remove the sign immediately or face fines.

According to Bangstad, the ordinance in question, while on the books, is old and was being arbitrarily enforced. He also questioned the ordinance’s legality.

“I think these guys singled me out because there’s a million conservatives with crazy Trump signs all over the place, and I’m like the only big Biden sign within like half of Wisconsin probably so they probably were really pissed off.”

So Bangstad decided to leave the sign up, regardless of the repercussions. He estimated he could owe $8,500 worth of fines by the Election Day on November 3.

Bangstad posted the letter from the county on the Minocqua Brewing Company’s Facebook page, launching the #saveourbidensign hashtag and asking supporters to buy the brewpub’s t-shirts to help pay potential fines.

Over the next two weeks, he made several Facebook posts with updates about the status of the fight with the county, often receiving lively online discussions with hundreds of comments expressing support for or opposition to the sign. The brewery’s Facebook page nearly doubled in “likes” but also got “Trump bombed.”

Bangstad says t-shirt purchases and messages of encouragement came from as far away as California and Florida, including from Republicans who felt what the county was doing was wrong.

“When I made that first post a ton of First Amendment scholars and lawyers came out of the woodwork and referenced a 2017 Supreme Court case that no county could regulate political signs in any way, shape or form because political signs were seen as free speech,” Bangstad said.

In an October 3 Facebook post, Bangstad criticized the Oneida County Sheriff’s Department for publicly announcing that it would not enforce Democratic Gov. Tony Evers’ state-wide mask mandate, which was put in place to combat Wisconsin’s surging COVID-19 cases.

It wasn’t the first time that Oneida County officials have been accused of disregarding transparency and their own responsibilities. In September 2019, local paper the Lakeland Times published an op-ed that criticized two county supervisors for discussing a $10 million taxpayer-funded county highway department facility. According to the op-ed, the supervisors had failed to include the issue on the meeting’s agenda. The Lakeland Times argued that this was an intentional tactic to prevent taxpayers from attending the meeting to engage the county in discussion about the facility.

The op-ed also accused the same county officials of using a similar tactic to greenlight the construction of a new county jail, which the newspaper suggested was larger than the county’s needs, riddled with structural problems, and put the county $1 million in debt.

In September 2020, the Lakeland Times reported that their requests for Oneida County Public Health Director Linda Conlon’s emails related to the COVID-19 response had not been honored. The request was first filed in May.

It is this sort of alleged corruption that Bangstad is campaigning against.

On October 14, the Oneida County corporate counsel contacted Bangstad’s lawyer and said they would not enforce the sign size ordinance after all.

He plans to use much of the money from the t-shirts to fund the campaigns of young progressives running for the Oneida County Board in an effort to “get rid of the old boys’ network” and “change up Oneida County a bit.”

Confident that Biden will win the presidency, and having won the battle with the county, Bangstad is now hoping to win the State Assembly race. “I’m hoping that some of my political campaigning will change some minds about the old boys’ network up north, and hopefully, kind of wake people up a little bit about the need for more progressive politics up here.”

As for the Minocqua Brewing Company, he says, “We’ll see where next spring leads in terms of the brewpub. If it’s empty because everybody hates me because I supported Biden, then so be it, but I don’t think it’s going to happen. I think we’re going to do just fine.”