While musicians struggle to survive the pandemic, Swedish billionaire Daniel Ek is going after artists who dare to criticize his Spotify streaming empire for paying them pennies. Or fractions of pennies to be more accurate.

Ek struck a sour note in an interview this summer with the website Music Ally timed to coincide with news that Spotify raked in 8 million new subscribers and 67 million new users in the second quarter of the year, though ad revenue was down.

For Spotify and musicians, the pandemic is a tale of two realities. Spotify’s stock is up almost 70 percent as the company benefits from the new stay-home COVID-19 culture — which at the same time is killing the live music industry that artists have grown to depend on. Their livelihoods are crashing with royalties only from one-third of a penny to one-half a penny per Spotify stream.

“It’s in our company mission to enable more artists to live off their art,” Ek proclaimed in all seriousness in the Music Ally interview.

It was too much for even non-musicians, like former presidential candidate Andrew Yang, who voiced his concerns via Twitter. “Now that touring is off the table I have no idea how musicians make money,” Yang tweeted. “Streaming royalties seem ridiculously insufficient.”

Ek managed to rub more salt into the wounds of musicians. “There is a narrative fallacy here, combined with the fact that, obviously, some artists that used to do well in the past may not do well in this future landscape, where you can’t record music once every three to four years and think that’s going to be enough,” he said in the interview. “The artists today that are making it realize that it’s about creating a continuous engagement with their fans. It is about putting the work in, about the storytelling around the album, and about keeping a continuous dialogue with your fans.”

George Howard, an entrepreneur and professor of music business and management at Berklee College of Music in Boston, described it as “one of the more tone deaf statements I’ve heard in 30 years in the music industry.”

Maria Schneider, a five-time Grammy Award-winning composer and big band leader, told WhoWhatWhy, “[Ek’s] statement was shockingly uninformed and arrogant. Saying that we all just need to record more is as tone deaf as one gets. He’s oblivious to the years we all spend obsessively developing our work and our projects. Many even hold other jobs just to try and finance their own work.” 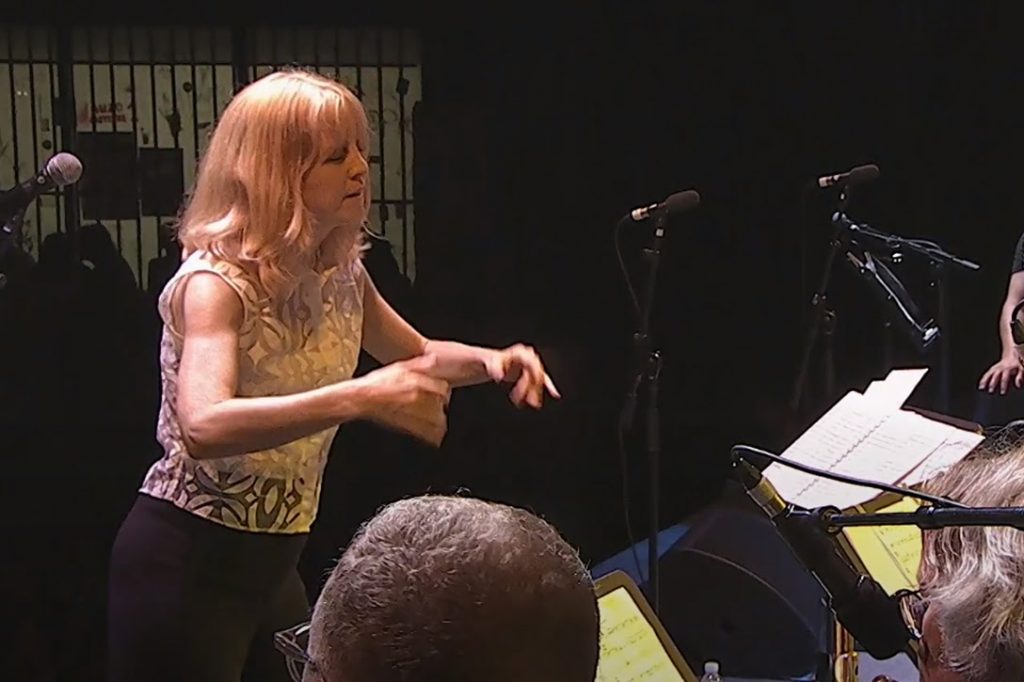 Does Spotify Pay a Living Wage?

Spotify is often criticized for having one of the lowest payments per stream, between $0.003 and $0.005 per play. The only streaming services lower than Spotify are Pandora and YouTube. These payment rates come despite the company being the most popular streaming platform in the world with 299 million users and 138 million paid subscribers. In 2019, it pulled in $7.44 billion through paid subscriptions and ad revenue. The company also profits from diversified investments in podcasts, signing exclusive contracts in the last year with Michelle Obama, comedian Joe Rogan, and Kim Kardashian West. The deal with Rogan was reportedly worth over $100 million.

It is estimated that the total music revenue is divided as follows: Spotify gets 30 percent; record companies, producers, and performers split 55 to 60 percent; composers, lyricists, arrangers, and music publishers 10 to 15 percent.

Schneider said, “It’s all but impossible for the vast majority of musicians to finance their projects through ‘free’ or low subscription-based streaming.” At issue is the method Spotify uses to pay musicians. The company compensates artists on a pro rata model, paying them based on the share of streams they accumulate on the platform. Pro rata seems simple and fair, but it favors celebrity pop stars over everyone else.

Another issue with pro rata models is that, in an effort to push their favorite artists to the top of the Spotify charts, fan campaigns can manipulate an artist’s share of streams by playing music continuously. Consequently, that artist receives an exaggerated share of royalties. Famously, the band Vulfpeck made close to $20,000 in streaming royalties when it released an album of complete silence, divided into 30 second tracks. The band called their album Sleepify and told their fans to listen to the album on repeat as they slept.

“For most artists Spotify payouts account for next to nothing,” Howard said. “All you need to do is look at how many artists account for the highest streams.”

Spotify’s disruption is greater than that of Apple and iTunes, according to Stephen Roessner, a Grammy Award-winning audio engineer and senior lecturer at the University of Rochester. “When a music fan chooses to buy one of your songs from iTunes, you would receive a cut of less than $1.00. Not great, I’ll admit. But it is vastly more than the $0.0032 per stream.” Schneider called iTunes payments “a massive sum compared to streaming.” 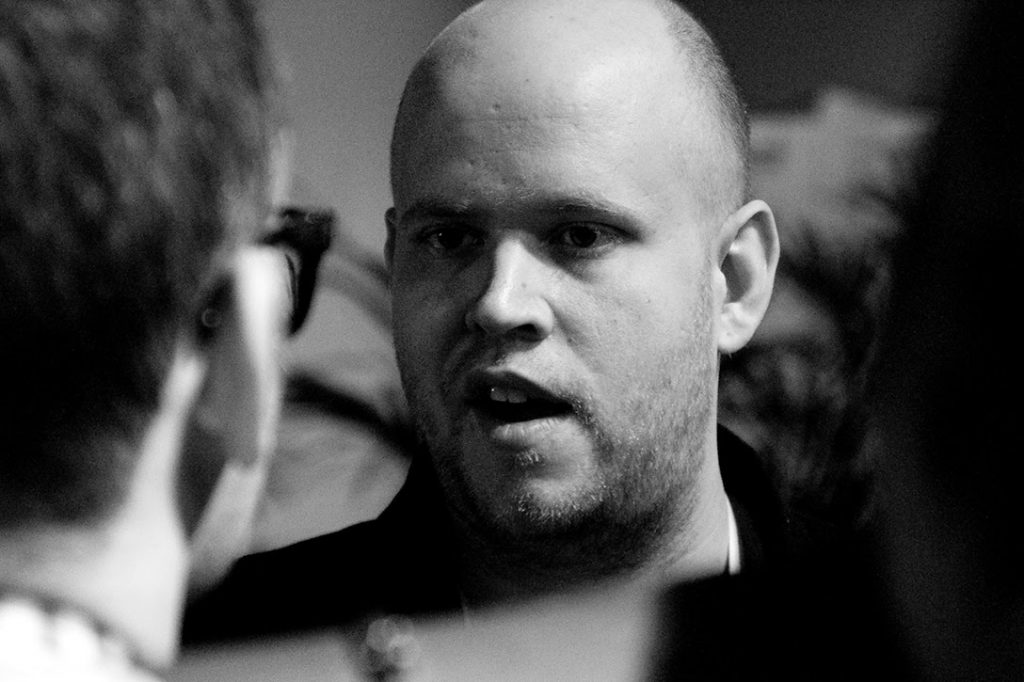 The Streaming Market Is Changing Music

The streaming marketplace is also affecting the way artists create songs. Songs tend to be shorter because streaming revenue is paid per stream rather than per album. The prevalence and popularization of Spotify playlists, which aggregate songs from different artists that fit into a mood or genre, may affect how artists release music as well. Artists are disincentivized to release albums, and instead may opt for singles and EPs in order to remain in popular playlists, affirming what Ek had mentioned in his controversial Music Ally interview — having to release music more frequently to remain relevant.

An industry has also popped up to capitalize on passive listeners using Spotify’s popular “mood” playlists for coffee shops or background music. Longer and less repeatable music with larger ensembles, such as classical music and jazz, is not profitable for this type of marketplace.

Schneider experienced the difficulty financing projects for larger groups firsthand when trying to record her award-winning jazz big band. In Schneider’s experience, record companies have become more risk averse when it comes to such projects, knowing it is unlikely that streaming will recoup their costs. Consequently, artists have to assume financial risks, paying for recording and production, with costs ranging from thousands to hundreds of thousands of dollars. “My albums cost around a quarter million, not including the value of my time — literally years of work,” she said. “When Spotify divvies up their pot of money equally per stream, that prices everyone equally: myself, who has to pay an entire orchestra in a big studio is priced the same as a kid recording in his or her bedroom.”

Spotify Is an ‘Exposure Gig’

Spotify frequently counters criticisms from artists by arguing that it has actually democratized the music industry. In an interview with Variety, Ek said that, “I think we are in the process of creating a more fair and equal music industry than it’s ever been in the past.” Streaming allows artists to avoid distribution costs, which in the past required a label. Ek credited Spotify with diversifying the business in the Music Ally interview, saying, “More and more artists are breaking through in a big way, being impactful and creating new fan relationships.”

Roessner called this a “well-rehearsed tune sung by the music industry.” He said it is more apt to compare Spotify to an artist manager. “In the past, an artist manager would use connections to increase an artist’s exposure to labels, clubs and PR firms. These firms would distribute music and promote it on the radio. Streaming through Spotify replaced this function.

“But Spotify doesn’t aid artists like artist managers did,” Roessner continued. “Why do artists need to give up so much just for the pleasure of being one of thousands of releases per week? They don’t help with writing, recording, or releasing the song. They aren’t arguing on your behalf to move your career to a higher level. And they make money off your hard work without much in return other than ‘exposure.’”

Although relying on the streaming marketplace is economic suicide because of its low payments, artists have no other choice if they want their music heard. “The value of our work is destroyed. If you’re on Spotify, you’re killing your regular market in exchange for a market that may give you some exposure, but at a very high financial price,” Schneider explained.

Coronavirus Is No Laughing Matter for Comedians

The exposure Spotify offers can only be monetized through merchandise sales and live performance, which is exactly what artists did prior to COVID-19. Most musicians rely on live performances and teaching in order to make a living, but the pandemic has resulted in 50-80 percent losses in their income, according to interviews Howard has conducted for his podcasts and articles. Roessner agreed, saying, “Independent artists are not making ends meet from streaming royalties. The number one way to make music for an independent artist is to play shows. Playing live shows provides an opportunity for an artist to get paid by the venue, sell their physical album, and sell merch.”

The same is true for a Grammy-winning composer like Schneider. “People like Daniel Ek used to try and justify the low streaming rates by telling us it was great exposure, and we had our touring revenue and our T-shirt sales,” she said. “But now, the pandemic has obliterated 100 percent of performing income for musicians. And so we are left with zero revenue from performing, and a streaming market that gives our music away for ‘free,’ and insults us by telling us we just need to make more music.”

Spotify Is a Tech Company, Not a Music Company

Howard describes Spotify as a “tech company masquerading as a music company.” And the recent comments by Ek “highlight the disconnect between people who understand the creation of music and those who create tech companies in which the product is music,” he said. “His line was essentially, ‘Hey musicians, you need to release more stuff.’ That works in a supply chain where you scale up the assembly line and manufacturing to develop more things. It doesn’t work when your output is art. The idea that it could or would or should, shows how disconnected he is from the realities of artistic creation.”

Schneider called Spotify a big data company, and to her, such a description helps explain Ek’s comments: “In Ek’s world, you make more money if the music is short, if you produce it fast, and if the music is innocuous enough to be played again and again as background,” she said. “He’s out of touch with, and completely disrespectful of, the vast creative community that he has exploited to make his billions.”

Spotify should be exposing artists’ music to diverse audiences instead of telling artists to change their art as the market evolves, Howard said. “Daniel Ek’s moment of ingenuity was looking at Napster (originally an illegal file-sharing service) and instead of going, ‘This will kill the music industry,’ going, ‘No, I’m going to make a centralized legalized version of Napster because that’s what the consumer wants.’ That was a brilliant insight. I wish in doing that, his values would have been more of, let’s do this in a way that helps artists be sustainable.”