After the deaths of George Floyd and other Black men and women at the hands of police triggered nationwide protests against racism earlier this year, corporate America landed squarely on the horns of a dilemma: Speak out against racial injustice and demand change, while risking a backlash — or keep quiet and risk accusations of moral cowardice.

Although crafting a strong statement or writing a large check to a worthy cause might seem like a simple yes/no decision, companies and nonprofit organizations say it isn’t that easy.

“For-profit companies are very risk averse,” said Diane Bell-McKoy, president of Associated Black Charities, a Maryland organization founded in 1985 to address structural racism and help close the wealth gap between Black and white Americans. “They don’t want to put grandiose statements out there [supporting racial justice or equality] because somebody’s going to call them on it,” she said in an interview with WhoWhatWhy. “They’d prefer to camouflage their opinions with vague language, like ‘the right thing to do.’”

Even in the nonprofit world, such decisions can be difficult. At the American Board of Internal Medicine, for example, the decision to speak out prompted disagreement among its directors, who happened to be meeting (virtually) in June, soon after Floyd’s choking death at the hands of Minneapolis police exploded into the national consciousness.

Doctors generally have a reputation of not taking a stand on social issues or politics. “One director tweeted that people are skeptical about the importance of statements by organizations,” said Dr. Richard Baron, ABIM’s Philadelphia-based president and CEO. “Another white director expressed concern about being too harsh on police. And an African-American director wrote back: ‘This is very real. We have our residents [new MDs being trained in hospitals] driving home wearing scrubs and being stopped by police.’”

Baron said one important step was for board members to agree that a decision to speak out — or not — need not be unanimous. “There were folks who were uncomfortable with the focus on systematic racism — structural and cultural,” Baron told WhoWhatWhy. “There were strong words exchanged.” 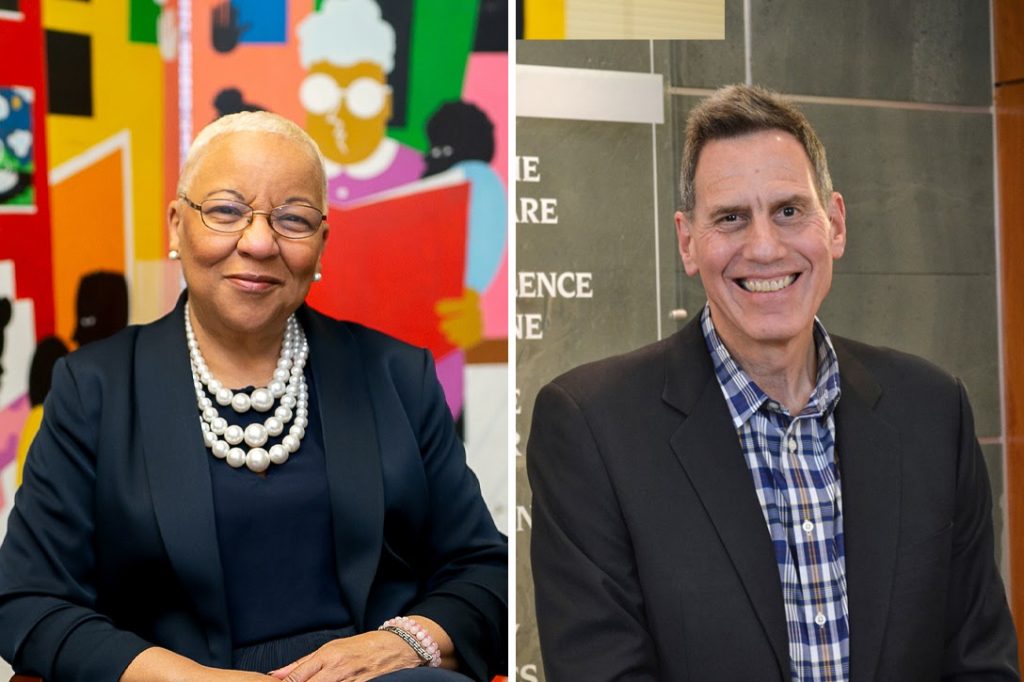 Baron said the white director who initially raised concerns “found himself substantially educated” by the discussion. The eventual statement by ABIM and its linked foundation minced few words. “We … unite with our colleagues, practitioners, and partners within the medical community to decry the police brutality, racist violence and underlying structural, systemic and cultural racism,” it began.

“We are all confronting deep pain and anguish over the senseless killing of George Floyd, Ahmaud Arbery and other unarmed Black men and women in our country,” it began. “We cannot ignore that their deaths are part of a pattern of racism and reflect the harsh reality that as a nation we are much too far from fulfilling the promise of equal justice for all.”

The company said it would contribute $1 million to the Lawyers’ Committee for Civil Rights Under Law. The company also endorsed Georgia’s first hate crimes bill, signed into law June 26, through direct lobbying and “significant engagement” by employees. Home Depot, based in Atlanta, had also helped push for legislation approved two days earlier that allowed citizens to have minor offenses removed from their criminal records, making their job applications less likely to be rejected.

What prompted Home Depot to dive headfirst into the treacherous shoals of social issues? It’s not saying. The company did not respond to WhoWhatWhy’s requests for information about its decision-making process.

Some companies chose not to speak out, even though recent events offered a seemingly worthwhile opportunity. The Cracker Barrel restaurant chain, for example, has a checkered history on racial issues, including class action lawsuits and federal consent decrees following complaints of discrimination against Black customers. But the company, which has been led by a white female CEO since 2011, has been recognized by activist groups for improving diversity among managers and employees, and was widely praised for denouncing LGBTQ discrimination and banning a Knoxville pastor, who advocated executing LGBTQ people, from holding meetings at a Tennessee Cracker Barrel in 2019. It would seem like a good time to join the national discussion on race… but June passed without a word on the subject. (The company did not respond to requests for an interview.)

For businesses that typically have more personal one-on-one relationships with customers (real estate agents, for example, or stockbrokers), being opinionated can create some peril. Greg Gorski, founder of Blue Sky Financial Group, a wealth management firm in the San Francisco area, said he prefers to avoid social issues in conversations with clients. “When I see professionals get into the political discourse, it’s their right, but if they are wrong, if they ever make a statement that proves to be incorrect, it’s going to backfire big time,” Gorski said in an interview with Wealth Management, a website for financial advisers and estate planners. “Even if you just want to voice emotional concern, it could backfire. It’s just not worth it to put it out there into the zeitgeist.”

Dasarte Yarnway, the founder of Berknell Financial Group in Princeton, NJ, described the reactions to his blog post “It Could’ve Been Me,” in which he recalled his experience as a young  Black man being pulled over by police while a student at UC Berkeley. The officer, with his hand resting on his gun, asked, “Do you have any papers?” Yarnway expressed confusion because he had already provided his driver’s license, proof of insurance, and student ID. “Probation papers!” the officer said. “Don’t play dumb!”

After the blog post, Yarnway said, most people who responded praised the piece, but others debated whether he had even experienced racism. “My own client said the next time I should include ‘all lives matter.’ Another person said that I didn’t make a full stop and asked what kind of a car I was driving,” Yarnway said.

Ramsey Poston, a public relations and crisis management expert and president of Washington-based Tuckahoe Strategies, often has a seat at the table when CEOs are considering high-profile or controversial statements. “I’ve been speaking with a number of clients about whether to comment on Black Lives Matter or racial equality,” he said. “Many times, they’re responding to competitors releasing statements. There’s not [internal] opposition to speaking out, but the debate can be about what to say or how to say it.”

Can Americans Trust Big Tech to Do the Right Thing?

Companies that are outspoken about social issues also “risk having the spotlight turned back on them,” Poston told WhoWhatWhy. Activists or critics may take a closer look at a company’s record of hiring and promoting employees of color, or the racial, ethnic, and gender characteristics of its top leaders.

“Companies are feeling more and more like they need to say something on social issues,” Poston said. “My recommendations are that [moral] support alone might not be enough. Companies need to have proof points to demonstrate their sincerity.”

Maryland got a preview of current events with the death in April 2015 of Freddie Gray, a Black man who suffered a spinal injury while being transported by police. Baltimore exploded into violence the evening of his funeral, with cars set on fire, stores looted, and cinderblocks hurled at police. Maryland’s governor declared a state of emergency, and the National Guard was called in to restore order.

Bell-McKoy said Gray’s death and the events that followed made Baltimore and Maryland companies more receptive to her organization’s efforts to “dismantle racism in the workforce ecosystem.” When sitting down for the first time with a CEO, “I generally get polite nodding of the head,” she said. “But over time, there can be a change in attitudes.”

As for the flurry of corporate responses to the recent demonstrations, “I truthfully do not know where any of these companies are, despite whatever statements they put out there,” Bell-McKoy said. “I think the time we’re in right now, we can go one way or the other. I don’t call myself an optimist, I call myself a realist.”