When it comes to protecting lives or the sellers of a dangerous product, whose interests should prevail?

In November 2016, future Supreme Court Justice Neil Gorsuch, then presiding over the 10th Circuit Federal Court of Appeals, was one of two judges who ruled in favor of a magnet company, Zen Magnets, and against the Consumer Product Safety Commission (CPSC).

In doing so, the court (with Judge Robert Bacharach dissenting) threw out a CPSC rule that went into effect in 2015 and had essentially banned magnet sets — marketed to adults — as products too dangerous to be on the market.

In 2008, the CPSC banned magnet sets marketed as toys. But that did not solve the problem. A few years later, the sets came roaring back onto the market as products to entertain and mentally stimulate adults. All the sets were imported and many were sold on the internet. Between 2009 and mid-2012, the CPSC estimated that 2.7 million sets had been sold in the US, at an estimated retail value of $50 million.

The problem, CPSC stated, was that the sets — even when marketed to adults — could still get into the hands of children, and that even older children and teens could be seriously harmed by them. For that reason, CPSC proposed a rule so stringent that it essentially banned these products entirely.

CPSC scientists did understand why the sets had become so popular.

“Magnet sets have some appeal for virtually all age groups,” they wrote in their explanation of the 2015 ban. ”These types of magnets tend to capture attention because they are shiny and reflect light. They are smooth, which gives the magnets tactile appeal, and make soft snapping sounds as they are manipulated.” They “are likely to seem magical to younger children and may evoke a degree of awe and amusement among older children and teens.”

But the magnets’ charms are deadly. Each the size of a BB pellet, they can be swallowed easily, and can wreak havoc inside the body. Serious injuries, even death, can result. Even after the ban on toy magnet sets as toys was in place, the CPSC found that swallowed magnets accounted for hundreds of visits to hospital emergency rooms each year.

In one 2013 case, emergency room doctors initially thought that a 19-month-old toddler, Annaka Chaffin, had a stomach virus and sent her home. The Columbus, OH, toddler died the following day. An autopsy revealed that she’d swallowed several magnets, which had perforated her small intestine and caused a massive infection. The magnets had fallen off a necklace her brother had brought home from school.

In 2014, the CPSC approved a new rule, this one aimed at any magnet sets that used very small, very powerful magnets marketed as adult entertainment, stress relief, or manipulation. The new regulation stated that magnets used in these sets either had to be too large to swallow — or less powerful.

The rule appears to have made a difference. Reports about magnets from poison control centers declined, according to data analyzed by the Washington Post.

Magnet sellers, however, thought the rule went too far. Zen Magnets sued the CPSC, framing the litigation as a crusade. Its founder, Shihan Qu, wrote that as other sellers of adult magnet sets settled with the CPSC, he was “all in for conscience … because the beauty and wonder that magnets generate is worth a rescue effort.” Qu vowed to fight the CPSC “until triumph or until a glorious death of insolvency on the legal battlefield. At the very least, we’ll have one more holiday season of availability.”

The judges appeared unmoved by reports of harrowing injuries, and sometimes even deaths, which could result from the products.

Qu won his case. Gorsuch and his colleague Judge David Ebel concluded that the CPSC had not done a good enough job predicting the potential harm if adult magnet sets were not regulated, and had not adequately considered the scientific and educational benefits of the product.

“I was profoundly disappointed by the decision,” Rachel Weintraub, legislative director and general counsel for Consumer Federation of America, told WhoWhatWhy. The problem had been addressed by the new rule, Weintraub said. “It was a public health victory that the 10th circuit reversed.”

Weintraub said the judges were demanding almost the impossible from the CPSC, to predict what would happen if the rule wasn’t put into effect. “That seems like an incredible burden,” Weintraub said. 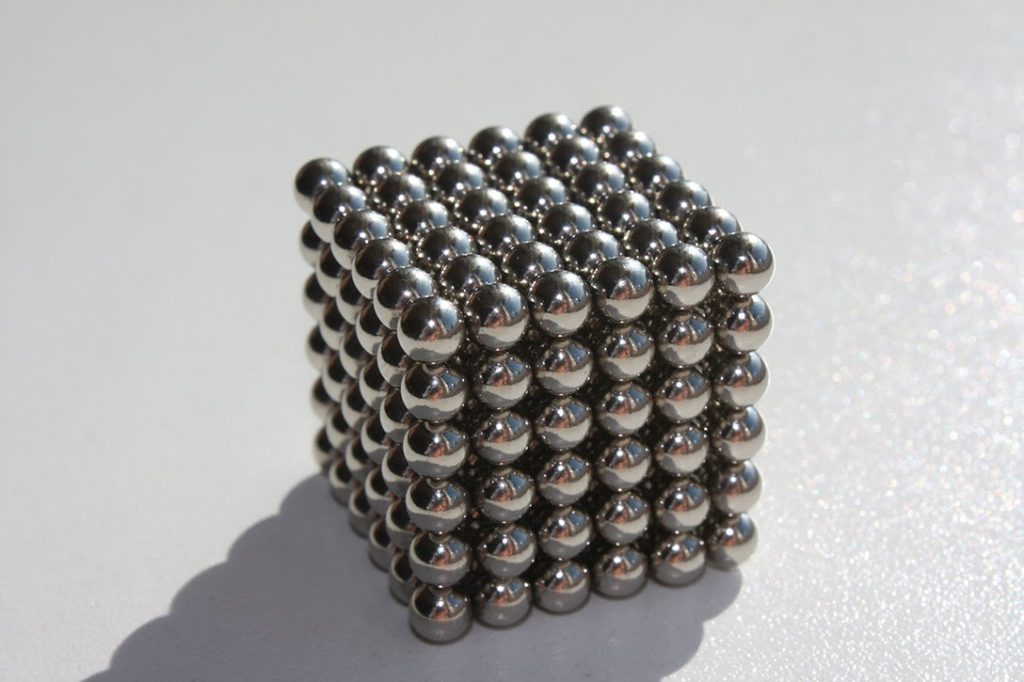 If the judges needed more proof, recent statistics reveal the impact of deregulation on public health and safety. Since the court threw out the rule, the Washington Post found a huge spike in the number of children seriously injured after swallowing the magnets.

Between 2016, when the court made its decision, and the end of 2019, the number of children injured by these magnet sets surged from under 400 per year to more than 1,500 annually, according to reports from poison control centers across the country.

“We know that when this rule was in effect, the injuries went down, and we know that once this court decision came down and these products were coming onto the market, the incidents have gone up,” Weintraub said. “Rarely do you have that type of data.”

This isn’t just a threat to infants and toddlers, Dr. Bryan Rudolph, a pediatric gastroenterologist who is an assistant professor of pediatrics at the Children’s Hospital of Montefiore, NYC, told WhoWhatWhy. Younger children “get into everything, they mouth things.” But, he added, kids in middle school “might try to attach them to their braces.” Older children also will use them to “mimic a tongue piercing or a lip piercing.”

No matter at what age you swallow these powerful magnets, they can easily cause harm.

“Let’s say one magnet is in the small intestine and one is in the large intestine,” Rudolph said. “They will come together inside the body and these two loops of bowel will become connected to each other.” When that happens, it can create a hole in the intestinal wall, he explains. That could lead to an infection like an abscess, or even to sepsis, a potentially fatal infection of the blood stream. In some cases, the tiny magnets will cause the bowel to twist, cutting off its blood supply, he added. “That can cause necrosis, or tissue death.”

The longer the magnets are inside the body, the greater the risk for damage, he said. Often a child initially presents no symptoms. “Even when symptoms do occur, they’re usually pretty mild, at least at first. You might get some belly pain, maybe a fever or some vomiting.” All are common in children, Rudolph observed.

“Unless there’s something specific that jumps out at the doctor, or the parent remembers to tell the doctor that there are magnets at home … these initial symptoms could easily be overlooked. But as the magnets cause more and more damage, symptoms will worsen and eventually it becomes pretty clear the child is critically sick … even if the cause isn’t immediately obvious.”

Even when a child escapes serious harm, there is still a cost. Because these tiny magnets are so dangerous, doctors will try to remove them. That may mean undergoing an invasive procedure like an endoscopy, or intestinal surgery.

There’s another reason that these magnet sets can be so lethal, Nancy Cowles, executive director of the nonprofit safety group Kids in Danger told WhoWhatWhy. These sets often contain more than 200 magnets. “People aren’t aware of magnets being missing.” So a parent might not even know a child had swallowed one or two. Also, because the magnets are so small, parents might not realize how dangerous they can be.

“If it’s a tiny thing like that, you just assume nothing’s going to happen, and it’s going to … bounce in the toilet at some point,” Cowles said.

The CPSC rule was overturned near the end of 2016, and the outgoing Obama administration declined to appeal the decision. The Trump administration’s CPSC could have gone back to the drawing board and developed a new standard, Cowles said: “There just wasn’t the will at CSPC to do it.”

Without any rule governing the sale of magnet sets to everyone except children, magnet sets have proliferated. “You can sell directly from factories in China and offer them online,” she said. “It’s kind of a Wild West now on the internet in particular.”

At this point, even domestic magnet makers are concerned. They’ve been trying to develop a voluntary standard for magnet sets, largely consisting of warning labels and more consumer information.

But physicians and consumer advocates believe that warnings are ineffective. “We know that warning labels are the weakest form of protection that exists,” Weintraub said. Consumers often fail to read or simply don’t understand warnings. “Really if you want to decrease injuries,” she said, the solution “is designing out the hazard from the product.”

One fact both magnet manufacturers and safety advocates acknowledge is this: If you make magnets larger or less powerful, the product changes dramatically and becomes something else. 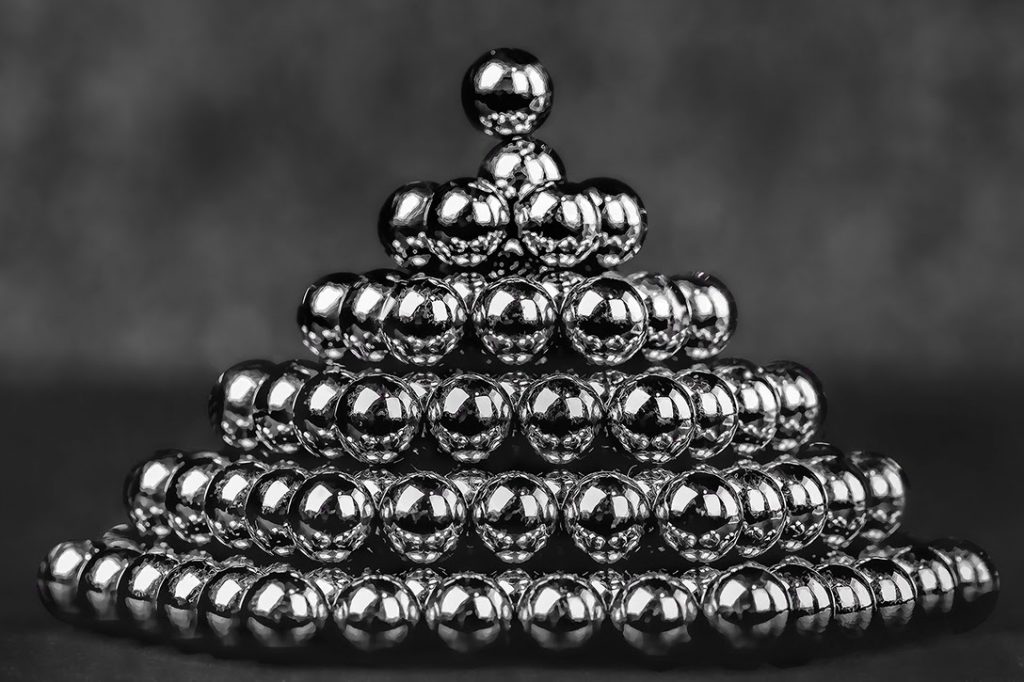 That’s unacceptable to Qu of Zen Magnets, and others who value the magnet sets as fascinating toys and tools for teaching concepts.

“Anything that enables creativity is a good thing,” Weintraub said. “But there needs to be a balance” between the product’s utility and its risks. Everyone recognizes that knives, while risky, are “essential to a kitchen.” But for magnet sets, she asked, “What is the utility? It doesn’t mean there can’t be innovative products. It just means you need to look at what consumers actually need,” and determine whether the risk, or potential risk, of harm is “worth it,” when it comes to public health and safety.

At this point, safety advocates are looking to Congress to intervene. Last year, Sens. Richard Blumenthal (D-CT) and Sherrod Brown (D-OH) wrote to the CPSC, urging the agency to address the increasing number of injuries from magnet sets, since the magnet rule was thrown out. They stated: “Given the rise in pediatric emergencies involving high-powered magnet ingestions, the emotional and financial burdens placed on children and their families, and the expert opinion of members within the pediatric field, it is past time to take action on this matter.”

Nevertheless, consumer advocates and physicians are not giving up. Treating or hearing about these magnet-related injuries is “very frustrating,” Rudolph observed. But, he added, they “motivate me, and I believe all pediatricians, to advocate harder on behalf of both families and children. We have to do more.”