Presidents Don’t Have to Commit a Crime to Break the Law - WhoWhatWhy
Reading Time: 5 minutes

In a rational world, the president’s lawyers’ argument would be seen for what it is: false framing designed to mislead. This is sometimes called “sophisticated legal argument,” but, in most cases, it is called lying. Either way, the framing is false. There is no precedent or constitutional mandate requiring a president to commit a crime in order to be impeached. Impeachment is about abuse of trust, abuse of power, abuse of the national interest — not jaywalking.

The impeachment issue looks very different if you discard the “did he commit a crime?” approach and ask instead: Did the president break the law?

He did. More than once. And he has been so charged.

You don’t have to commit a statutory crime to violate civil law, to violate common law, or to violate the Constitution. Trump is a serial violator.

The charge of Abuse of Power (a common law crime) is based on presidential law-breaking. Trump “solicited the interference of a foreign government” in the US presidential election of 2020 for his personal benefit. That lawbreaking is documented in the July 25 phone call and elsewhere. Trump’s solicitation is a form of attempted bribery. Trump’s effort “to pressure the government of Ukraine” is not only well-documented; that pressure is permanently inherent in the power imbalance that so clearly favors the US. This looks a lot like attempted extortion.

The article also charges “corrupt purposes,” for which there is clear precedent in the behavior of the Trump campaign when it was offered illegal campaign assistance from Russia and chose to consider the offer, and later ignore Russian efforts to corrupt an American election rather than reporting this behavior to any authority, like the Federal Election Commission or the FBI. Enabling others in commission of crimes is in and of itself law-breaking.

The charge of Obstruction of Congress (a common law crime as well as a statutory crime) is a response to the president’s stonewalling of congressional investigations well beyond any accepted legal maneuvers.

The president never asserted executive privilege. Instead, he issued a blanket order to the executive branch to defy congressional subpoenas regardless of the law. That’s not only obstruction of Congress; that’s obstruction of justice. In any other legal context, that would be a violation of laws against withholding evidence.

Stonewalling a congressional investigation is a violation of the Constitution that subverts even the possibility of a reasonable, lawful resolution of any dispute over the legitimacy of the exercise of presidential power.

Withholding evidence (a statutory crime), and then blaming the House for not having enough evidence is absurd and unlawful, and it is the president’s current illegal tactic. As Trump gloated on January 22, “We have all the material. They don’t have the material.” As the article of impeachment states: “This abuse of office served to cover up the President’s own repeated misconduct and to seize and control the power of impeachment — and thus to nullify a vital constitutional safeguard vested solely in the House of Representatives.” This is not a “crime” per se, but a violation of the Constitution, a violation of due process of law, and a violation of his oath of office to “preserve, protect and defend the Constitution of the United States.” 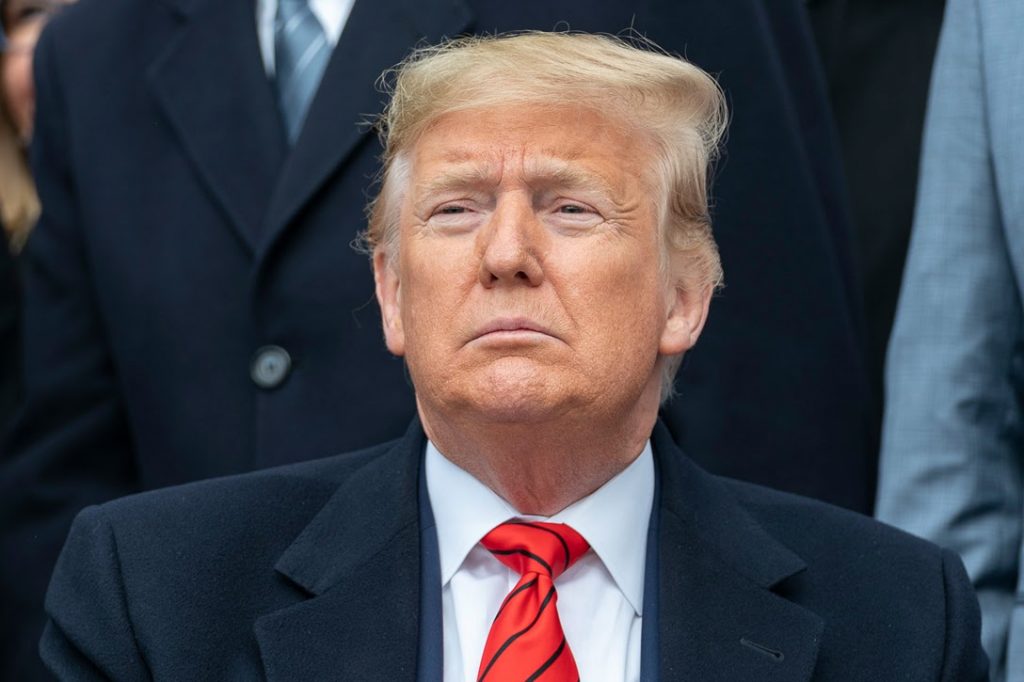 Underlying the articles of impeachment, but not included in them, are other instances of presidential law-breaking. In December 2019, Citizens for Responsibility and Ethics in Washington (CREW) published “Criminal Abuse of Power,” a 14-page analysis of Trump wrongdoing that informs this list of some of the president’s other offenses:

This is likely not an exhaustive list of all the ways this president has broken the law. Last July, asserting a falsehood he has frequently claimed as true, he told the Teen Action Summit, referring to the US Constitution:

I have an Article II, where I have the right to do whatever I want as president.

This is a view abhorrent to the Constitution, which has multiple checks on the power of all three branches of government.

Or so we once thought.