The hamburger is as American as… well, as apple pie, so to speak. But is what amounts to the national dish poised to be reinvented as a plant-based product that tastes as good as the classic stomach-pleaser?

A new generation of food manufacturers is emerging, marketing products that are designed to be better for you than consuming meat, and better for the planet as well, by reducing the environmentally harmful rearing of cattle and the animal cruelty issues of slaughtering livestock.

The challenge: recreating the beefy taste and mouth-feel of hamburgers. If online reviews on Amazon and other sites are any indication, for at least some consumers the latest meat-free hamburger offered by several food companies has passed the taste test.

As for the planet, the benefits seem clear.

Environmentalists have long warned about the harmful impact of the livestock industry on our climate.

Raising livestock consumes a huge amount of fresh water, and the land used to raise livestock is responsible for 14 percent of global greenhouse-gas emissions. Animal agriculture, in fact, has been identified as the second largest contributor to human-made greenhouse-gas emissions after fossil fuels, as well as a top cause of deforestation, water and air pollution, and biodiversity loss, according to Climate Nexus.

So can plant-based burgers do both: deliver the taste that consumers crave in a good burger, while at the same time help control climate change?

As an enormously popular meal in the US, hamburgers have become a $73 billion business. There are more than 50,000 burger joints in the US alone, accounting for about 7.5 percent of all American restaurants; 71 percent of all beef consumed in restaurants gets served as a hamburger.

On the flip side, meat-based burgers have been blamed in part for the nation’s obesity epidemic, with fast food and obesity rates powering public health campaigns for a lot of nutritional organizations. That was the inspiration for the earlier formulations of vegan burgers — a more healthful alternative with no meat. But until recently no meatless burgers were able to capture the taste of a real beef burger, and vegan consumers were never a big market for hamburgers to begin with.

That’s where the new plant-based burgers come in. Companies like Beyond Meat and Impossible Foods not only eliminated meat from their products to keep them healthful, but managed to make a burger that many consumers said tasted like real meat.

Since their introduction a few years ago, plant-based burgers have found a home not only in local restaurants and fast-food chains like Burger King but also as take-home products at shops like Whole Foods or online through Amazon.

Beyond Meat’s proprietary recipe adds items like mung beans and brown rice to the foundational pea protein. Can patties like these — and others made of ground soy, beans, or lentils — taste like a traditional meaty burger? So far, some of the online reviews suggest the answer is Yes, and the product has gotten its share of online raves. 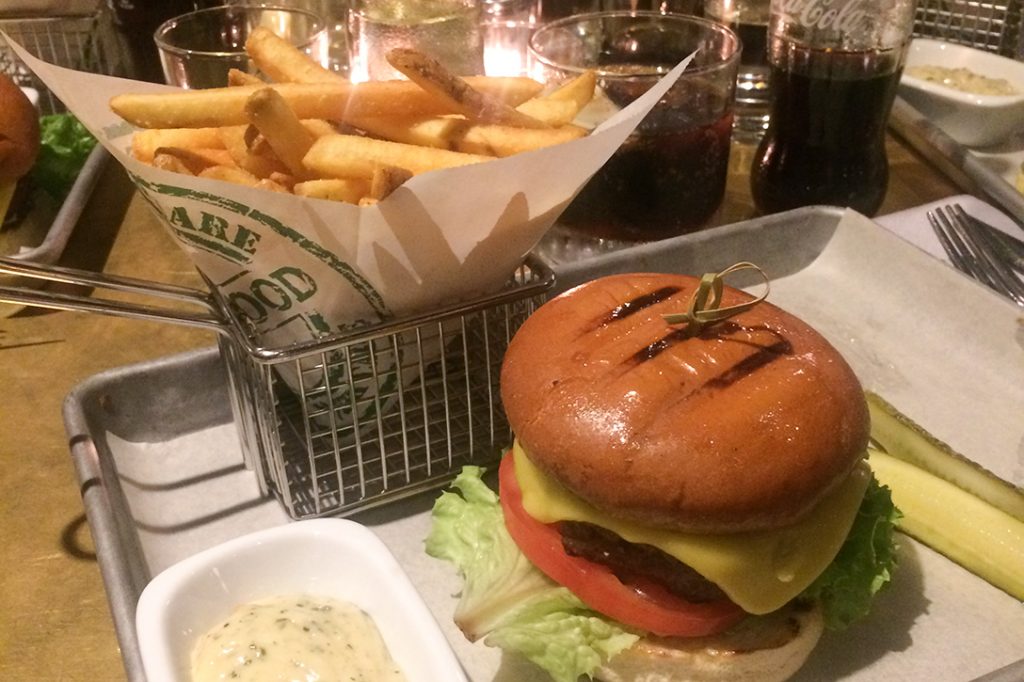 Worldwide, Euromonitor International has estimated that the meat substitute market is now worth  $1.44 billion, and could grow to $2.5 billion by 2023, Business Insider reports.

Raising Concerns About the Ingredients in Plant-Based Burgers

But there are also nay-sayers. Questions have been raised about whether plant-based burgers are less healthy than they sound because of the chemicals used to make them: unlike traditional meat products, which usually have just one ingredient, Beyond Meat’s burger has more than 20. 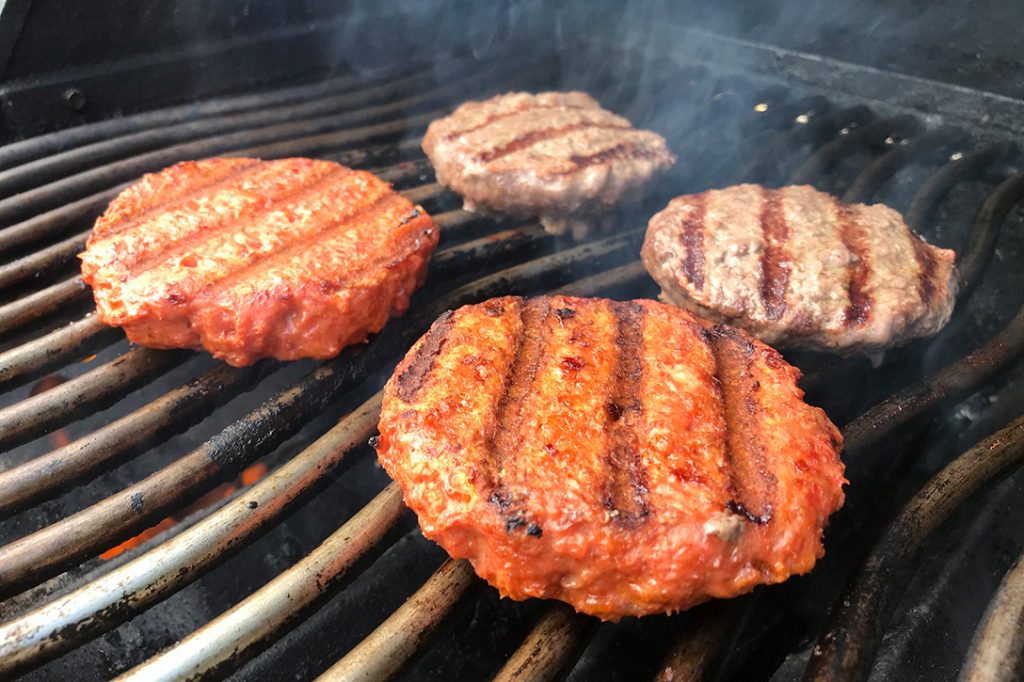 In an interview with CNBC’s Fast Money, Breanne Kincaid, research director of the Center for Consumer Freedom, said plant-based products are highly processed, sometimes with chemicals known to be toxic. “People understand that processed food is perhaps not so good for you,” she told the network. But the Center for Consumer Freedom has itself been forced to respond to charges that it is little more than a front for the meat industry, working to damage the reputation of plant-based burgers in order to reduce competition.

Nevertheless, in this case respected environmental and health experts voice similar concerns. The Center for Science in the Public Interest chastised the FDA for its lax review of a key ingredient in Impossible Burger. Anna Lappé, who advocates for diets that address climate change, worries that genetically modified plants used in the burgers, which are treated with pesticides, are bad for both the planet and consumers.

John Mackey, CEO of Whole Foods, which stocks Beyond Meat products, has also questioned the health benefits of plant-based products.

Mackey did not mention Beyond Burgers specifically, and Whole Food Markets still promotes their products on its website.

Beyond Burgers has received a wide range of reviews on Amazon, from consumers who claim the product has an unpleasant smell to those who say it is the best non-meat burger they’ve ever had. More than a few have given it a 5-star rating.

Patrick Brown, founder and CEO of Impossible Foods, proclaims his mission as nothing less than  “the last chance to save the planet from environmental catastrophe” and calls the use of animals to make meat a “prehistoric and destructive technology.” He told Plant Based News, “You can have uncompromisingly delicious meat without using animals”.

One response to “Hamburgers and Beyond: Climate Change and the Taste Test”