When signing the Social Security Act into law in 1935, President Franklin D. Roosevelt said  that it is impossible to ensure the entire population against all hazards, but that the new program would “give some measure of protection to the average citizen and to his family against the loss of a job and against poverty-ridden old age.”

Roosevelt recognized Social Security as one leg of the “three-legged stool” supporting the retirement security of seniors. The other two “stool legs” were defined pension plans and personal savings.

In recent decades, the legs of the stool have become increasingly wobbly.

It is estimated that only about half of private sector workers are covered by an employer-sponsored retirement savings plan. With pension plans fast disappearing, more and more workers are forced to rely solely on Social Security benefits to get by in their later years.

And a disproportionately high percentage of these workers are employed by small businesses, make less than $20,000 a year, and are people of color.

Federal efforts to address the retirement income gap have so far failed to come to fruition. Prospects look brighter at the state level.

Because state governments fear that seniors with inadequate retirement income will mean a strain on social services, some are taking action by offering state-sponsored retirement plans. And one of the most popular of those plans is the “auto-IRA” (Investment Retirement Account). 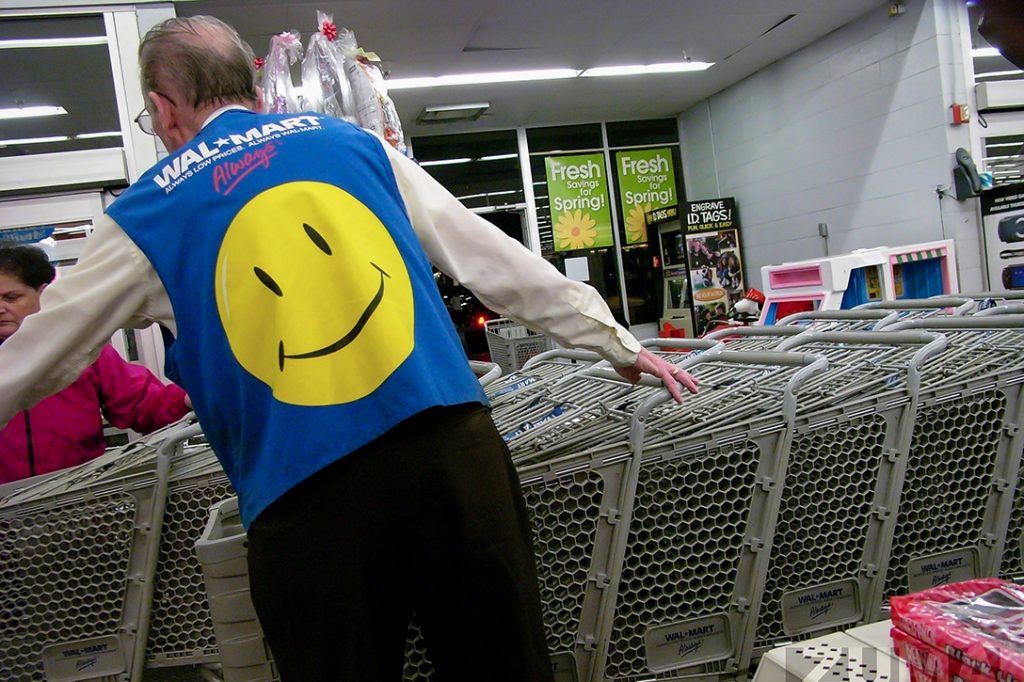 An Ounce of Prevention?

State auto-IRA programs require employers to automatically enroll their employees in an investment retirement account. (Employees have the right to opt out if they do not want to participate.) Unlike 401(k) plans, the auto-IRAs do not provide an option for employers to  match contributions.

The benefit under auto-IRA programs, advocates say, is that the state takes the burden of setting up these programs off employers.

Under the present private system, employers must take the time to research the right plan for their employees, plus pay a fee to participate in a private retirement plan. Under auto-lRAs, employers are not charged fees and the state does all the administrative work, researching and then setting up employers with the best retirement plans for their workforce.

For example, Oregon’s auto-IRA program, OregonSaves, has set salary default levels for employees who choose to remain in it. The default deferral rate­ — 5 percent of pay that automatically increases by 1 percent a year until reaching 10 percent — would ensure that a 25-year-old uncovered earner could retire at age 67 at close to 80 percent of his/her working take-home pay.

The momentum this policy has enjoyed is in large part due to frustration with the private sector’s retirement options.

“There’s been a persistent problem of small firms not offering retirement plans … lt is a real hassle for small employers,” Anek Belbase, research fellow at the Center for Retirement Research, told WhoWhatWhy.

Workers are 15 times more likely to save for retirement if they are offered a retirement plan at their workplace, according to the American Association of Retired Persons (AARP). The main reason: contributions are automatically deducted from their paychecks.

Because auto-IRAs are a mandate on private employers, so far they have been a non-starter in red states. They have  become law only in the blue states of Oregon, California, Illinois, New Jersey, and Maryland.

Blue-leaning Colorado is seen as the next likely state to pass this measure.

Some of the criticism of auto-IRAs has come from  political quarters that are unhappy with burdening business with another government mandate. They fault auto-IRAs for a one- size-fits-all approach to the problem.

“Individual firms that understand their workers’ needs are certainly better suited to find solutions,” Aaron Yelowitz, professor of economics at the University of Kentucky and senior fellow at the Cato Institute, told WhoWhatWhy. “Such solutions could include many of the same ideas; many companies have voluntarily adopted auto-enrollment 401(k)’s.”

Critics also cite statistics showing that a third of the workers who would be directed into auto-IRA programs hold credit-card debt exceeding $5,000, and that 15 percent have difficulties meeting basic needs. Steering payroll into IRAs would make them worse off, these critics contend.

“Paying 18 percent interest on credit card balances while earning perhaps 5 percent in an IRA is a losing proposition,” Yelowitz said.

Not surprisingly, advocates disagree with both of these assertions.

With Friends Like These, Social Security Doesn’t Need Enemies

They argue that the critics do not factor in the multiplier effects of starting to save for retirement while young, with the impact of compounded returns. Supporters say the discussion should not be about limiting opportunities to save but about making sure all workers can comfortably save for retirement.

Others opposed to auto-IRAs say the same goals can be realized through less intrusive government programs. Some favor setting up a more transparent marketplace so employers can more easily find a good provider for a 401(k) plan. Washington state has that program in place.

Vermont’s law, the Multiple Employer Plan (MEP), allows small employers to pool resources so as to lower the research and administrative costs of finding the right private retirement plans.

According to the US Chamber of Commerce, the time and energy used in advancing auto-IRAs could instead be used more profitably to advance MEPs.

MEPs would greatly reduce both the regulatory compliance costs and the overall expense in offering a plan, declared the Chamber in a 2017 statement.

These latter two plans are voluntary and do not involve employer mandates.

The Rubber Meets the Road

There has been much back and forth between advocates and critics about how many workers covered by auto-IRAs would participate and how many would opt out.

Supporters cited a recent Pew survey showing that, after receiving information on how auto IRAs work, only 13 percent of currently uncovered workers would opt out of the program. The automatic enrollment part of the program received 73 percent support and the automatic escalation of contributions received 68 percent support. The automatic-escalation feature raises the percentage of the employee contribution each year until it reaches a certain level.

More tangible evidence of the policy impact of auto-IRAs has recently become available. The first phase of OregonSaves was implemented in July 2017, and some early returns have come in.

“In about three years,” said Belbase, “Oregon will have rolled out its program to all eligible employees,” giving the public and policymakers more of a concrete idea of how successful the program will be. .

Others are less than impressed with these preliminary results.

“Without mandating Oregon employers to enroll their workers, OregonSaves would struggle to compete in a vibrant marketplace with many inexpensive alternatives for retirement contributions,” Yelowitz said.

With CalSavers (California’s version of a state-sponsored retirement program) slated for a phased rollout over the next few years, even more evidence will soon be available on the effectiveness of auto-IRAs — especially since CalSavers could give as many as 7.5 million currently uncovered workers access to a retirement savings program.

But even with this momentum at the state level, the road ahead for auto­-IRAs will not be smooth. An April 2018 article in Mother Jones magazine details how the National Association of Insurance and Financial Advisors (NAIFA) and the Chamber of Commerce have flexed their considerable political muscle to successfully block other states from passing auto-IRA programs.

“They [NAIFA] don’t want the state to demonstrate how easy and cheap and effective it can be to put together a retirement plan for these folks,” said Iowa state treasurer Michael Fitzgerald, referring to successful industry efforts in Iowa to block auto-IRA legislation.

Whether grassroots supporters can overcome powerful industry opposition may well determine if auto-IRA programs expand to other regions — or will remain a novelty, limited to only a few blue states.