Is the government conducting too many safety inspections at the nation’s nuclear reactors?

Why would staff at the Nuclear Regulatory Commission actually recommend doing fewer inspections of the nation’s nuclear plants?

Would this not pose a dangerous, even catastrophic, risk to the more than 180 million Americans who live within 50 miles of a nuclear plant?

Or, at a time of severe government cutbacks, would fewer inspections lead, counterintuitively, to more safety, since the inspectors would be able to focus more efficiently on the most pressing security issues?

The debate is on, and while talk of belt-tightening measures are common among federal agencies under the Trump administration, the recommendations by staff at the Nuclear Regulatory Commission (NRC) to do fewer inspections at the nation’s nuclear reactors is drawing wide attention in Washington.

The staff report, released publicly last week, has prompted warnings from House Democrats and concerned scientists about how potentially risky this move would be.

The recommendation to cut back on inspections of nuclear reactors was proposed as a cost-cutting move.

The report, titled “Recommendations for Enhancing the Reactor Oversight Process,” calls for reducing the number of inspections the agency conducts, including shifting from a biennial to a triennial inspection process.

“Some staff expressed the view that the two-year frequency for the Problem Identification and Resolution (Pl&R) biennial inspection was too frequent, resulting in overlap of areas reviewed during previous inspections,” the report states. “They noted that a three-year frequency would be more appropriate.”

The plan also suggests that by making the changes, inspectors could operate with fewer regulatory burdens and focus more heavily on “issues of greater safety significance.”

The staff report was released right after the NRC made public its annual report to Congress on its 2018 security inspection program, which notes that last year the NRC conducted 192 security inspections at commercial nuclear power plants and Category I fuel cycle facilities, finding six instances of security-level violations.

“Whenever NRC inspectors identify a security finding during an inspection, they ensure the licensee implements appropriate compensatory measures to correct the situation, if not already implemented by the licensee,” the NRC said in its report.

It’s too early to know if the safety-inspection reductions will go into effect. As the report notes, some of the recommendations need the approval of the commission, and it also calls for “additional internal discussion” by the commission’s staff before proceeding.

Warnings From the Science Community

Edwin Lyman, acting director of the Nuclear Safety Project with the Union of Concerned Scientists, said these recommendations have been pushed by the nuclear plant operators themselves.

“These are all critical ways to get information about the nuclear safely performance of the reactor licensees,” Lyman told WhoWhatWhy. “There’s no compelling reason to actually play around with the current parameters for those inspections, so this is an effort really motivated by the nuclear industry, which is struggling to keep plants open because they’re too expensive to run, and they see NRC regulatory oversight as part of that. That’s what this is really about.”

Lyman said these proposals are very much in the early stages, but he said the direction they’re heading in isn’t encouraging. 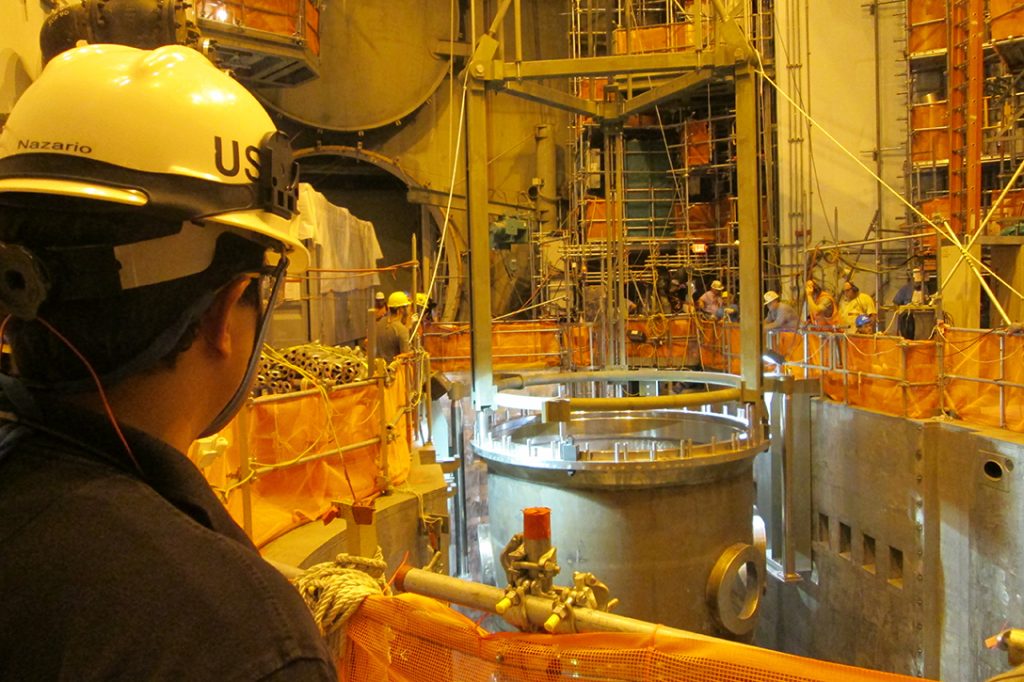 “We’re aware of the reform movement that the NRC has started, essentially having inspectors reducing the significance of violations that are found, and reducing enforcement of any violations,” he said. “This is the first step. The NRC has been considering many additional recommendations, and they’re going to be evaluating them in pieces and this is only the first step, but it signals a dangerous direction from the commission.”

He noted that the NRC commission has a Republican majority, and “they have shown every indication that they want to carry out the president’s deregulatory agenda.”

Democrats Shoot Down the Idea

The plan has already been criticized by top House Democrats, including Rep. Nita Lowey (D-NY) and Rep. Marcy Kaptur (D-OH), who said the move could be dangerous.

Democrats from the House Appropriations and Energy and Commerce committees sent a letter to NRC Chairwoman Kristine Svinicki last week noting that “to ensure nuclear power provides safe, reliable, emissions-free energy, it is imperative for the NRC to uphold strong regulatory standards. That is why we are disturbed by the consideration of these far-reaching changes to the NRC’s regulatory regime without … robust public outreach and engagement.

“It would be a mistake to attempt to make nuclear power more cost competitive by weakening NRC’s vital safety oversight,” the letter said. “Cutting corners on such critical safety measures may eventually lead to a disaster that could be detrimental to the future of the domestic nuclear industry.”

That wasn’t the only public outcry against the plan. Pennsylvania state Rep. Peter Schweyer (D) sent out a tweet reminding the NRC about the recent HBO series about the 1986 Chernobyl disaster in what is now Ukraine, when the No. 4 nuclear reactor in the Chernobyl Nuclear Power Plant suffered a meltdown. It was one of two nuclear energy disasters rated at the maximum severity level on the International Nuclear Event Scale. The other was the 2011 Fukushima Daiichi nuclear disaster in Japan.

And Rep. Harley Rouda (D-CA) sent out a tweet that warned, “Over 180 million Americans live within 50 miles of a nuclear power plant. @NRCgov needs to do more — not less — to ensure nuclear reactor safety.”

I’ll happily give the Nuclear Regulatory Commission my @HBO password so they can catch up on #Chernobyl https://t.co/4CK76VfbYZ

These recommendations also follow an NRC Inspector General report issued in June that suggested the chance possibility of cyberattacks at nuclear power stations may increase as more of the federal government’s cybersecurity experts start to retire — a trend the report warned could put the nation’s nuclear power plants at greater risk from digital attacks.

The Office of the Inspector General’s report, titled “Audit of NRC’s Cyber Security Inspections at Nuclear Power Plants,” noted that one-third of NRC’s cybersecurity inspectors are eligible for retirement in 2020, and that that could pose serious security problems for the agency.

“If staffing levels and skill sets do not align with cybersecurity inspection workload requirements, NRC’s ability to adapt to a dynamic threat environment and detect problems with cyber security programs could be compromised,” the report said.

Most of the nation’s nuclear power stations are privately owned. The NRC requires plants to have in place protections from digital attacks, and the NRC has inspectors who evaluate cybersecurity protections — although the audit cautioned that, as more inspectors retire, NRC’s already limited resources could get stretched dangerously thin.

Nuclear power remains controversial with the American public. In March 2016 a survey by the Gallup organization found that a majority of Americans, or 54 percent, now oppose nuclear power. In polls taken between 2004 and 2015, a majority had supported nuclear power, with the highest support registering at 62 percent in 2010. But that support started to erode after the 2011 Fukushima nuclear emergency in Japan.

“The main thing to realize is the public interest in these issues peaks when an actual accident happens, [otherwise] they forget and it falls off,” Lyman noted. “If you want to prevent a bad thing from happening, that takes a sustained effort.”