Former FBI general counsel James Baker said he is “tremendously worried” about Russian attempts to disrupt the 2020 election, adding that “our systems are highly vulnerable” to such interference.

Baker argued that the diverse and “not well-connected” 8,800 jurisdictions “that conduct voting every presidential election [are] a lot of attack surface for the bad guys to go after.”

“And the bad guys don’t have to go after all of it,” he added. “They need to pick those precincts in those states that will flip a state in one direction or another.”

Based on his own views of the Russians, he said, “you shouldn’t presume that they’re going to support Donald Trump the next time.” Since their aim is to “disrupt the United States,” he said, they will align with whatever candidate will help them reach that goal.

Baker made his comments May 10 when he appeared at the Brookings Institution, a Washington think tank. It was one of the few times the discussion veered into public policy. The event’s major purpose was to present Baker as a humane civil servant and the FBI as a noble institution.

Brookings gave Baker the opportunity to share his side of the story about the FBI’s investigations of Trump and the Trump campaign with a trusted friend, Ben Wittes, editor-in-chief of Brookings’s Lawfare blog.

The conversation at Brookings was the first time Baker had spoken in public since he left the agency. (He later gave interviews to several broadcast media outlets.)

The Brookings auditorium, which put extra security procedures in place before the event, was packed with a friendly audience, willing to cheer for the FBI’s former top lawyer, who had largely managed to avoid the headlines until Trump started tweeting about him, linking Baker to a “coup” engineered by the FBI to bring him down. 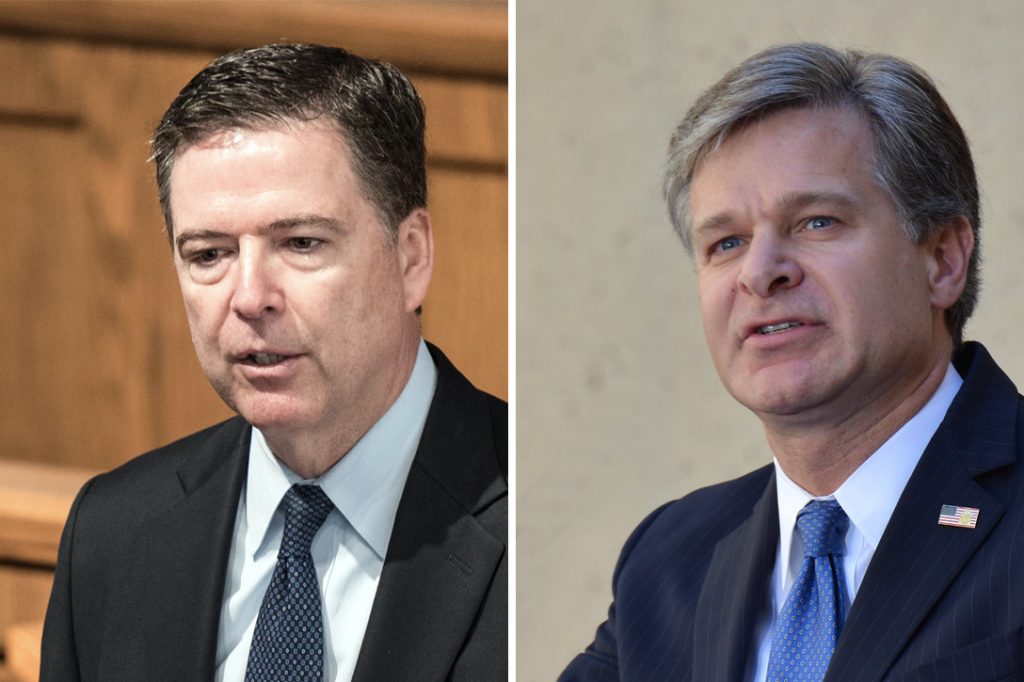 Baker, a key adviser to FBI head James Comey, left the bureau one year ago, shortly after Comey was fired. Once Comey was replaced by Christopher Wray, Baker was shifted out of his position as the FBI’s general counsel.

The FBI’s actions related to the Russia investigation are now being scrutinized by the bureau’s inspector general, and by the Department of Justice, which reportedly has an open criminal investigation of Baker and leaks of classified information to the media.

The Brookings program also offered Baker a forum to rebut Attorney General William Barr’s stated misgivings about why the FBI began its scrutiny of the Trump campaign and the president.

“Maybe it’s stupid for me to be here,” Baker confided. “I just became sick of all the BS” about the origins of the investigation, he said.

Baker said he wanted to reassure the public that all the actions the FBI took were lawful and “apolitical.” He stressed that the FBI’s initial scrutiny of the Trump campaign was triggered by reports from a “trusted reliable foreign partner” [Australia] about Trump campaign adviser “George Papadopoulos’s interactions with a person who claimed to have email dirt on Hillary Clinton and that the Russians wanted to find some way to support the Trump campaign.”

Baker reminded his audience that for the FBI, Russia — and earlier the Soviet Union — had been a threat that worried the bureau “for decades and decades.” One of the agency’s jobs is to lawfully “detect, deter, disrupt, and defeat” operations by Russia, he said. To the extent that “any Americans cross our path” who have connections to Russia that look “nefarious … we will investigate.”

“It was about Russia, period, full stop,” Baker stressed. “That was the focus of the investigation. So when the Papadopoulos information comes across our radar screen, it’s coming across in the sense that we were always looking at Russia.”

A report that a Trump campaign operative had met with a Russian about the upcoming election had to be investigated, Baker claimed, particularly after the “dump” of emails damaging to Clinton, an act “attributed to” Russian hackers. Not to do so would have been “a dereliction of duty.”

Baker was asked if he still believed the FBI should have opened two investigations: one focusing on efforts by Russia to influence the 2016 election, and the other on Trump himself. The FBI was looking into Trump’s possible efforts to obstruct justice. But as part of that inquiry, the bureau also began to investigate whether Trump’s attempts to quash the Russia investigation posed a threat to national security as well.

“What are the Russians doing? What’s going on here? They pose a threat to our country. We need to address that threat and, to the extent that anybody’s trying to interfere with our investigation of that threat, we need to deal with that, as well,” Baker said. “The two of them together, at least in my mind, potentially presented a threat to our ability to achieve our mission … to protect the American people and uphold the constitution. And I was worried about that.”

When the FBI began an obstruction investigation after Comey was fired, they did not take the step unilaterally, Baker said. “We were acting under the supervision of” Deputy Attorney General Rod Rosenstein, who, Baker noted, was effectively the “acting attorney general” for the Russian probe .

Baker also defended the agency’s interactions with Christopher Steele, stressing that the Russian investigation was “not predicated” on the Steele dossier.

Steele, a former British intelligence agent, was thought “to be a reliable source,” he said. But he added: “We’re not stupid. People roll in to give us information all the time,” and the FBI treats this information with skepticism. “When a source shows up with a big stack of information … you go to work” to vet it, he said.

FBI critics have charged that the bureau relied too much on the Steele information when it asked the Department of Justice in October 2016 to seek permission from the FISA court to surveil the electronic communications of another Trump campaign aide, Carter Page.

Baker explained why he reviewed the request for a warrant before it went to the attorney general.

“I imagined having to go up and explain what we were doing to Congress and sitting in forums like this and trying to talk about this application, so I knew it was sensitive,” Baker said, adding he wanted to “ask hard questions about it” before “it was on its way to the attorney general to be signed. 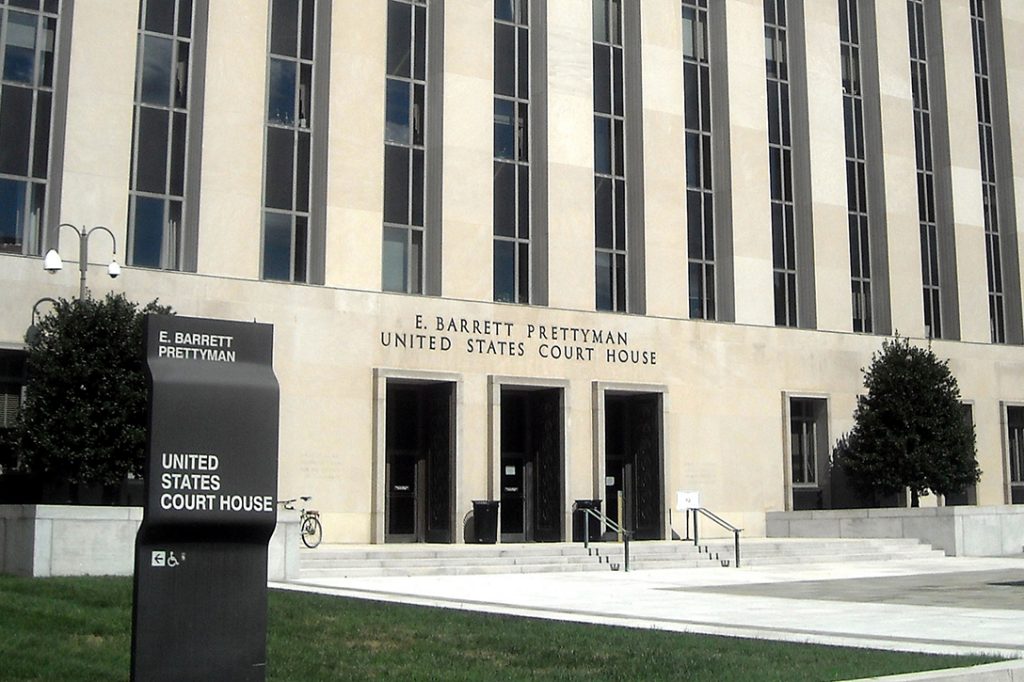 His scrutiny of the FISA application at the time led him to be “comfortable” that the application followed both the law and the constitution, Baker said.

Wittes asked Baker why the FBI had not made more efforts to point out to the FISA court that part of the material the bureau relied on came from someone who had been paid by the Clinton campaign to do opposition research.

“Nobody’s going to miss a page-long footnote in regular type,” Baker responded sharply. He added that FISA consists of “serious, serious judges” who have specialized attorneys advising them. The information in “a gigantic footnote” would have signaled any problems or sensitivities, he said.

Baker acknowledged some uneasiness about the ongoing IG investigation into the Russia probe, particularly in light of Barr’s recent critiques of the FBI.

Wittes also asked about the status of the leak investigation. In late 2017, Republicans charged that Baker had leaked information about the Steele dossier to Mother Jones reporter David Corn shortly before the 2016 election, a charge Corn strongly denied.

Wittes did not allow much time for questions.

Brookings fellow and Atlantic contributing editor Jonathan Rauch asked Baker for his “take” on the texts between Peter Strzok and Lisa Page. He was referring to communications disparaging Trump that were exchanged by Strzok, a senior FBI counterintelligence agent, and FBI senior attorney Page (no relation to Carter Page). Strzok had played key roles in both the Clinton email investigation and Trump Russia probe, until the texts were unearthed by the FBI inspector general. Page resigned and Strzok was fired.

Learning about the texts, Baker said, “shocked and saddened” him. “Pete and Lisa were very highly regarded people on the team,” whom he knew well. “They know it was a mistake” that “harmed the institution,” themselves and their families. “They got the message,” Baker said. “These are two human beings and can we at least approach them with a little humanity? And if you can’t muster that for them, can you muster it for their innocent families? That’s what I would ask.”

While the Brookings event may have been redemptive for Baker, it didn’t allow for a larger discussion of issues involving government surveillance or the proper role of the FBI in a democracy.

Baker also shrugged off the suggestion, in a question from a journalist, that new rules and procedures for investigating presidents in the future might be necessary.

“Yeah, I’m sure that out of this will come some type of rules and, you know, some recommendations from the inspector general about how to improve things and make things easier and make them clearer,” Baker said.

But his fallback was to trust the FBI. “The future is always going to throw things at us that we hadn’t thought of before and it’s upon us to rely on our values and our abilities to sort out how to deal with them.”

That question was as close as the program got to offering any critique of the FBI as an institution, or exploring larger issues about the role of the FBI in a democracy.

Neither Wittes nor members of the audience who asked questions pointed out that FISA judges nearly always grant the FBI’s requests for warrants. Civil-liberties advocates have long raised concerns about the breadth of the Foreign Intelligence Surveillance Act, but those concerns about the law itself have not been part of the discussion regarding the Mueller report.

“I’ve been astounded to see how quickly many of my colleagues have morphed into defenders of the FBI,” Danielle Brian, executive director of the Project on Government Oversight, told WhoWhatWhy.