In late March, a bipartisan group of senators introduced legislation making it easier for authorities to block gun sales to people who cannot legally buy guns but lie about their status on background checks — i.e. “lie and buy.”

If the legislation becomes law, it could potentially block gun sales to hundreds of thousands of people who don’t pass background checks but currently slip through the cracks because of poor coordination among enforcement agencies.

The Left Hand and the Right Hand

Currently, 37 states and Washington, DC, rely on the FBI to conduct some or all background checks for public gun purchases, as mandated by the 1993 Brady Bill. The background checks structure was done primarily through the creation of a National Instant Criminal Background Check System (NICS). But a lack of communication by those parties often means that local and state officials are not notified when prohibited purchasers fail a background check.

“The American people have called on Congress to act, and the NICS Denial Notification Act is one common sense step we should take. By ensuring that federal and state law enforcement can work together to prevent those who shouldn’t be able to buy a gun from getting one, we can make our communities safer,” Coons said.

“This proposal is a layer of protection to help ensure that people who shouldn’t have access to guns don’t,” Kyleanne Hunter, vice president of programs for the Brady Campaign, told WhoWhatWhy.

Hunter noted other benefits of the bill as well. The lack of enforcement (i.e. proper notification to local law enforcement by the federal government of failed background checks) has led many gun buyers to feel safe, almost cocky, she observed.

“I can lie, I can still get a gun and that’s fine … This act would give more empowerment at the local level to prosecute those that try to lie to purchase a firearm,” Hunter said.

The Brady Campaign to Prevent Gun Violence, named after James Brady, former press secretary to President Ronald Reagan, is a nonprofit organization that advocates for gun control and against gun violence.

“When someone who is legally barred from owning a firearm tries to buy a gun, it’s both a warning sign and a crime — but in many states, they can walk out of the store scot-free because state law enforcement is never informed of the failed check,” John Feinblatt, president of Everytown for Gun Safety, said.

Everytown for Gun Safety is another nonprofit organization advocating for gun control.

Thirteen states currently conduct their own background checks using the NCIS systems and other databases, known as a Full Point of Contact (POC) system. Because these states are more self-sufficient and manage their own background checks, it is estimated that Full-POC states blocked prohibited purchasers from buying guns about 20 percent more frequently than they would have were they Non-POC states.

If the legislation were signed into law, tens or hundreds of thousands of guns could be kept out of the hands of people who legally can’t buy them, Hunter asserted. And while the 37 non-POC states would most likely see the biggest drop in gun-related crimes, they would not be the only ones that benefit.

“In a state like New Jersey that actually does a very good job, the vast majority of guns recovered in crimes come from out of state. They come from states, like Virginia [and] the Carolinas, that are non-POC states. If we are starting to strengthen the non-POC states, it is going to shore up everybody,” Hunter said.

In contrast to past political battles over gun control issues, this legislation has surprisingly wide bipartisan support. Republicans Toomey and Rubio have signed on as sponsors. And support for the legislation also comes from other organizations normally associated with the conservative side of the political spectrum. 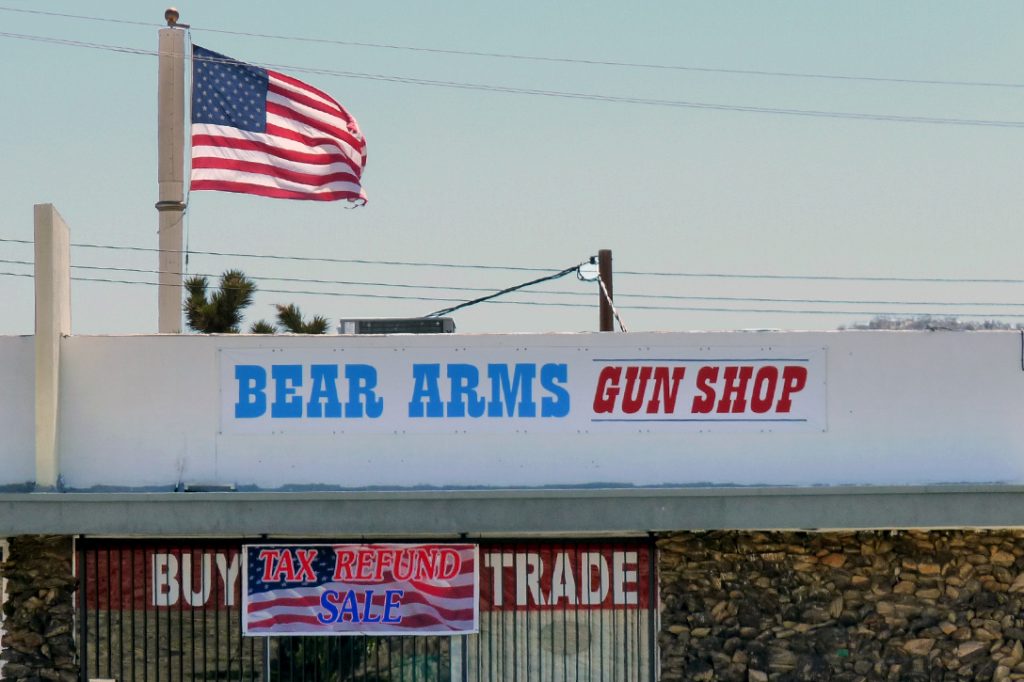 According to a statement put out by supporters, the bill has garnered the support of the Fraternal Order of Police, the Major Cities Chiefs Police Association, the Federal Law Enforcement Officers Association, and the National District Attorneys Association.

This stands in marked contrast to a recent vote in the House of Representatives to pass a universal background checks bill. That bill would have extended background checks to apply to private gun purchases from unlicensed sellers, such as those at gun shows. Under current law, only purchases at gun stores, pawn shops, or retailers require a background check.

The bill passed in the House of Representatives by a vote of 240 to 190 in February, almost strictly along party lines.

So far, the NICS legislation has managed to avoid the appearance of being a partisan issue. Perhaps it is because the bill is seen as a means of empowering law enforcement to do their jobs better.

As if to underscore the non-controversial nature of the bill, the National Rifle Association has yet to take a stand on the proposal. But this legislation is no sure thing either.

All it takes is one senator putting a hold on the bill to slam the breaks on the legislative process. And, should the bill pass both the House and Senate, no one is sure whether President Donald Trump will sign it into law.

But no matter what its eventual fate is, there does appear to be a clear lesson for often frustrated gun-control advocates. Framing the issue as a matter of aiding law enforcement and enhancing public safety definitely increase its chances of success.