Lawmakers in Florida are seeking to strike a balance between protecting the families of the victims of mass shootings and protecting the media’s ability to accurately report on the events.

A proposed law in the Florida House of Representatives would exempt photos, videos and audio recordings of mass violence killings from the public record under the state’s Sunshine Law. This bill defines mass violence as an event that results in the death of three victims, not including the perpetrator(s), and, if it passes, the media and the public would be barred from accessing and disseminating any type of footage that depicts the final moments of a victim’s life.

Florida’s Sunshine Law gives people access to public records of governmental bodies in Florida. According to the law, any person in Florida can request public documents for any purpose. This bill passed unanimously in the state Senate on March 27 and is awaiting a vote in the House of Representatives.

It passed the Senate one year after the mass shooting at Marjory Stoneman Douglas High School in Parkland, FL. Lawmakers said that they aim to protect victims and their families from graphic, traumatizing footage of their loved ones’ deaths circulating on the internet, as well as to discourage the incitement of new, similar incidents inspired by the event’s coverage.

Releasing this type of footage would become a third-degree felony punishable by up to five years in prison.“We don’t want family members to see the killing of their kid on Twitter or on Facebook,” state Rep. James Grant, chairman of the committee sponsoring the House bill. “[We] simultaneously make sure we’re not going too far to make it difficult for accountability to happen, and for a free and open press to do the job it should be doing.”

Yet, having photos disseminated on Twitter or Facebook is exactly what some students want. David Hogg, a Marjory Stoneman Douglas student and vocal gun control activist, shared a photo of a sticker on the back of his ID card that states, “In the event that I die from gun violence, please publicize the photo of my death.” 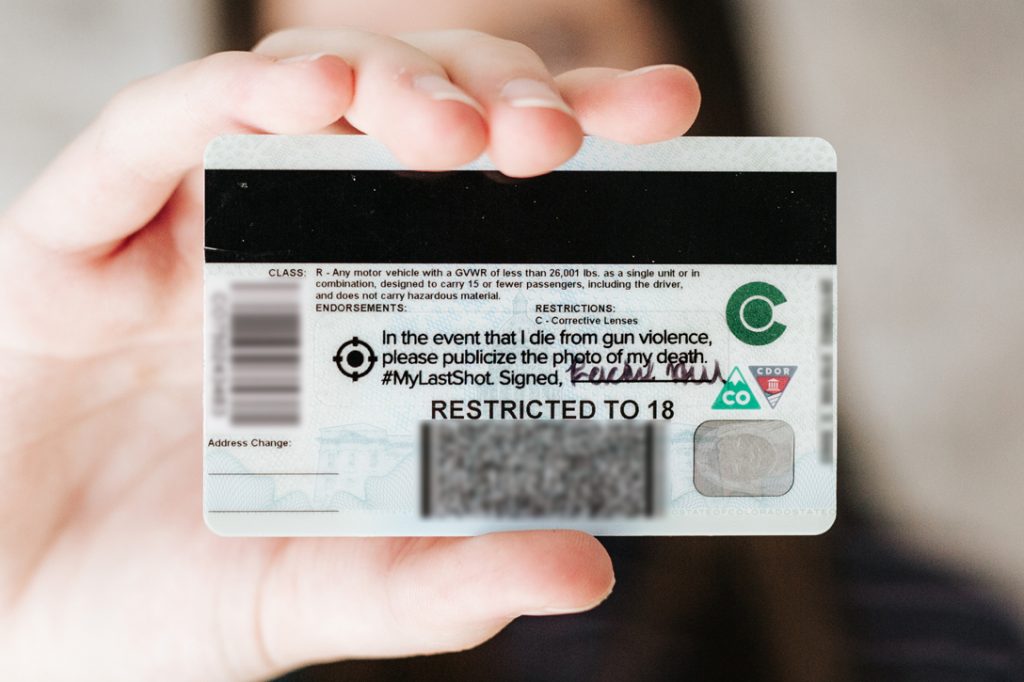 The sticker is a part of a movement called #MyLastShot, a project led by students at Columbine High School in response to the 20-year anniversary of the 1999 mass shooting.

The initiative seeks to spur change through publicizing the graphic reality of these events. Unlike Florida lawmakers, the students behind this movement believe the media already censors too much.

“Progress isn’t made through censorship,” the My Last Shot website states. “It’s made when we see humanity at its worst, and together, bring out our best. Because in order to find a solution, we have to see the problem. Even if it’s hard to face… So while it’s easier to censor deaths from gun violence, we can’t ignore the true horror of what’s happening and beg for change at the same time.” The proposed bill in Florida would have blocked media outlets from sharing many recordings of the Parkland Shooting, which First Amendment advocates argue were instrumental in creating transparency about the event and the government’s response.

“Law enforcement, one agency was accusing another agency,” said Barbara Petersen with the First Amendment Foundation. “Why didn’t they engage the shooter sooner, more effectively? It was the ability to access those records and then the reporting on them that made a difference.”

Lawmakers in the Florida House of Representatives are looking to rework some of the bill’s wording to better strike a balance between shielding victims’ families and protecting freedom of the press in the state, including amending the definition of a mass shooting. Outlets will still be able to petition the court to release the recordings, but at a cost that might prevent some media outlets from doing so. The Parkland shooting footage, for example, cost media outlets around $100,000. This bill is the first of several proposed exemptions to the state’s Sunshine Law.