Deep down, many of us have always known that chocolate is the answer to all our problems… a bad hair day, an IRS audit, a broken toe. Some college students, however, are hoping to raise that sentiment to a new level.

In Dundee, Scotland, four food- and consumer-science students are tapping into chocolate’s natural healing properties — by developing a unique line of chocolate bars, which they say might alleviate problems like fatigue and premenstrual syndrome (PMS). 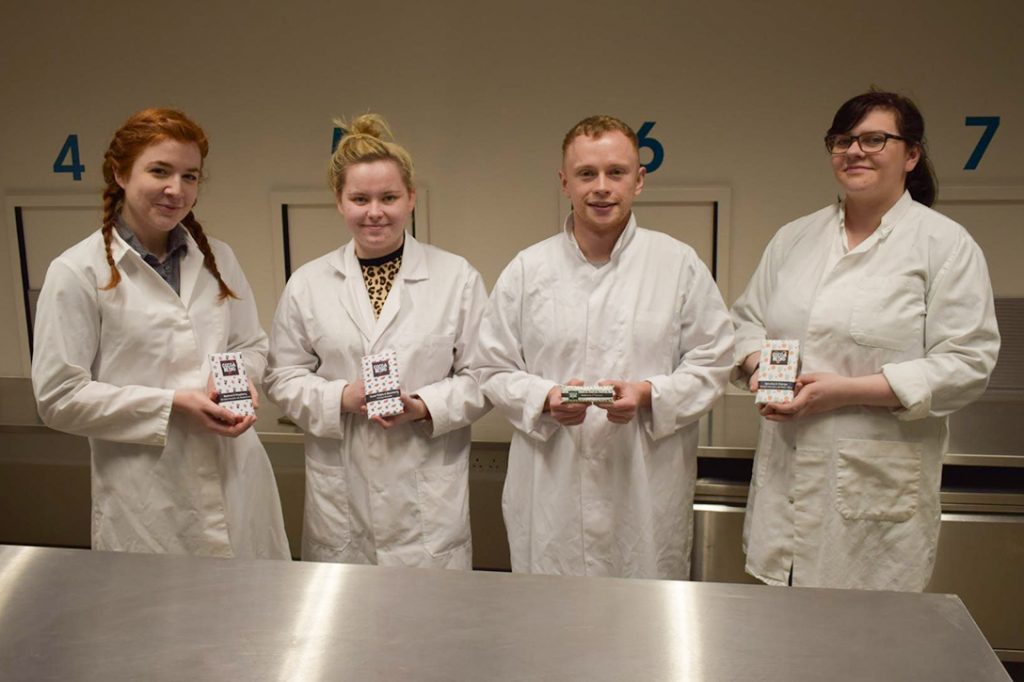 “People aren’t so much focused on low calorie, low fat — they want function,” said Miles. “What can your food do for you? There [are] a lot of adverse reactions to artificial ingredients, so we wanted to create an indulgent chocolate treat that hits all of those satisfying cravings but also has a health benefit.”

The four researchers initially set out to create a range of healthier chocolate bars, but interest in a healthful chocolate bar was slim. “Instead of taking away ingredients we decided to add them, to create indulgent chocolate that had an added health claim,” she said.

The students developed this line as a part of a Food and Consumer Science course that examines the food/consumer relationship to see how “socioeconomic, legal, technical, ethical or environmental factors shape food supply and food choice.”

“The students haven’t just created a unique range of products — they were involved with every stage of the process,” Dr. Jon Wilkin, from Abertay’s Division of Food and Drink, said.

“They undertook consumer studies, pitched the product to a panel of academics, worked out whether it would be financially viable and even created the chocolate itself from cocoa nibs, which isn’t something a chocolatier would ordinarily do. 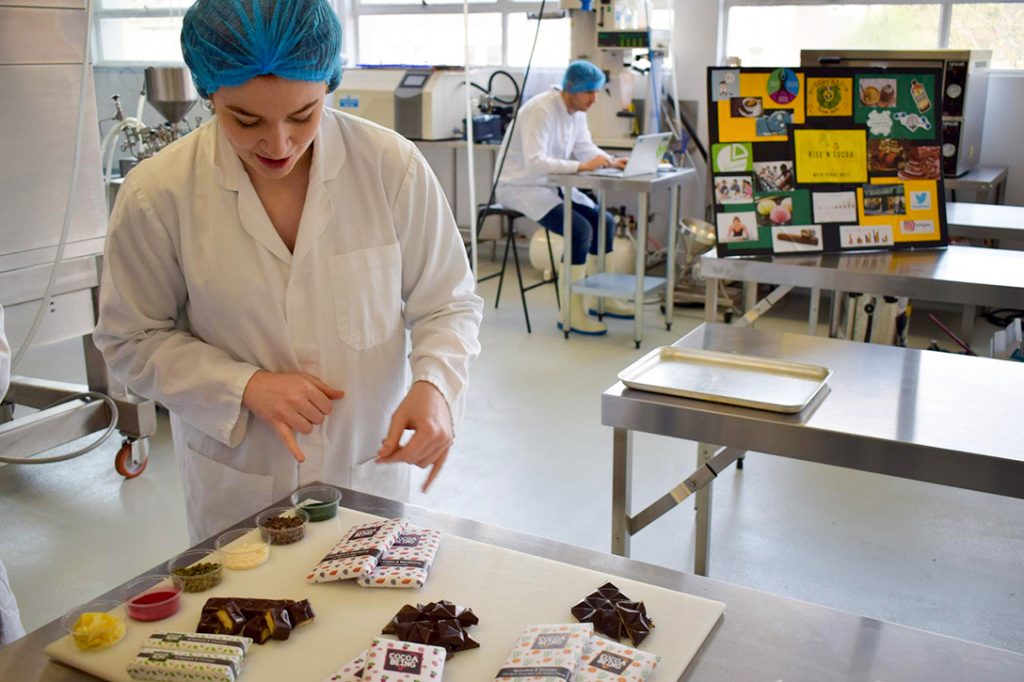 Miles was eager to address the cliche of women seeking chocolate at their time of the month. “You see that negative stereotype of woman … being grumpy on their periods,” said Miles. “So why not reclaim that and actually make it a positive?”

“Yerba Mate isn’t an ingredient that everyone will be familiar with, but it’s a tea that originates in South America,” Macneil said. 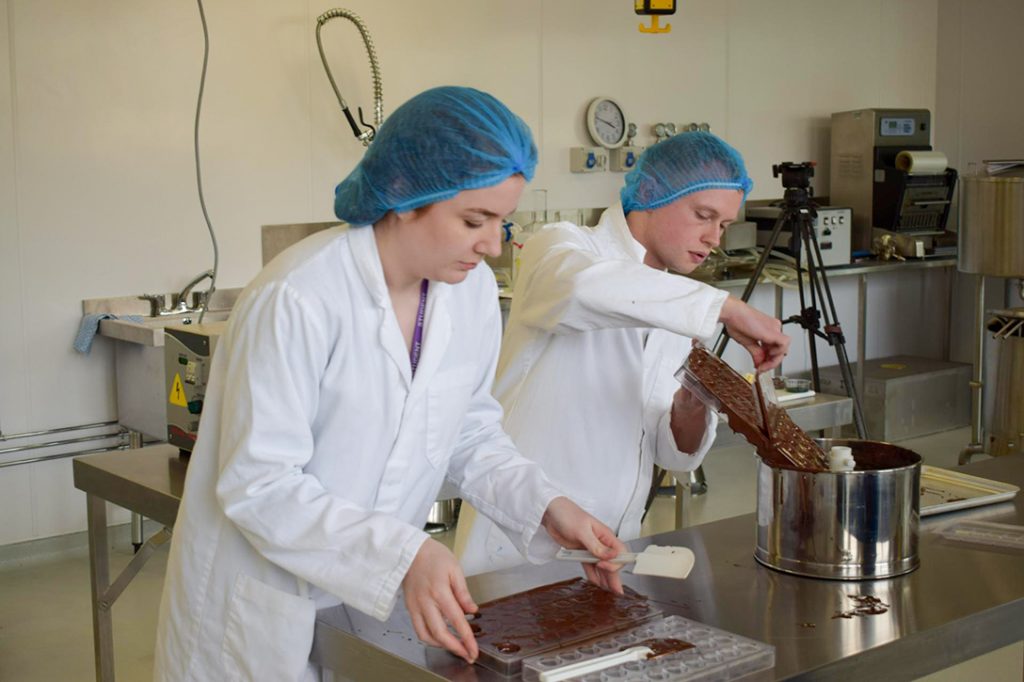 For these students, creating the right recipe to make these bars taste good without adding sugar and other harmful chemicals was a challenge. Macneil had difficulty counteracting the bitterness of Yerba Mate, while Miles had to give up on maca root, her first choice of ingredient, because she couldn’t overcome its strong flavor. Instead, she used raspberry leaf, which is a centuries-old herbal remedy.

While these chocolate bars may claim health benefits, that doesn’t make them inherently healthy — just healthier than their competition.

“Ultimately, Cocoa Being bars are still a treat,” Macneil said. “We’ve tried to look at what commercial chocolate bars aren’t doing and we’ve based our range around that.”

Speaking of chocolate, the video this week shows the creation of an altogether more traditional chocolate treat — a giant Imperial Easter Egg, created every year by chocolatiers at the 100-year-old Bettys Cafe Tea Rooms in Harrogate, England.