Every year an estimated 3 million children witness gun violence — and the impacts can last a lifetime. Lizzie Eaton knows this all too well.

Eaton is one of the high school students from Parkland, FL, who are fanning out to share with the rest of the country what they’ve learned about gun violence.

“There’s no way to prepare for a tragedy like this,” she said.

This month, the students visited Pittsburgh to talk about how they’re coping in the wake of the February 14, 2018, shooting at Marjory Stoneman Douglas High School, which left 17 dead.

The two communities are linked by tragedy. On October 27, 2018, a gunman opened fire at the Tree of Life synagogue in Pittsburgh’s Squirrel Hill neighborhood, killing 11.

“We’re all here together because of one underlying reason,” Eaton said. “We want to spread the message of hope and unity and overcoming tragedy because it’s so hard to do it alone.”

Packed into Allderdice High School’s library in April, teachers, students, and staff sat in silence to listen as, one by one, the Parkland survivors told stories about where they were when the shooting happened, how the deaths of their fellow classmates affected them, and how they’re moving forward.

“I just want you guys to know that your voice matters so, so much,” said Carlitos Rodriguez, another Parkland student. “Don’t be afraid to reach out for help. And be that helping hand for someone else.”

The students’ smiling, optimistic presentations seemed to belie the trauma many of them are still dealing with.

“It’s so hard to describe such an unspeakable tragedy,” Eaton said.

The feelings expressed by the Marjory Stoneman Douglas students struck a chord with many at Allderdice who were still reeling from the synagogue shooting last year and the death of Jonathan Freeman, an Allderdice junior who was shot and killed in January.

“When there’s any kind of tragedy,” Allderdice Principal James McCoy told WhoWhatWhy, “there’s an immediate impact on the school and unfortunately you see that impact in the classroom.”

Gun violence has a way of permeating schools regardless of whether the shooting occurs in the building or not. According to the US Centers for Disease Control and Prevention, an estimated 3 million American children witness gun violence each year.

The impact of school shootings has gained wider media attention in recent years, but people in urban settings have long struggled to cope with the emotional effects of gun violence.

According to the Child Welfare League of America, trauma can inhibit brain development in the young, producing a lasting impact. Children affected by trauma often have problems with violence and aggression, which can lead to a cycle of violence where they inflict trauma on others. 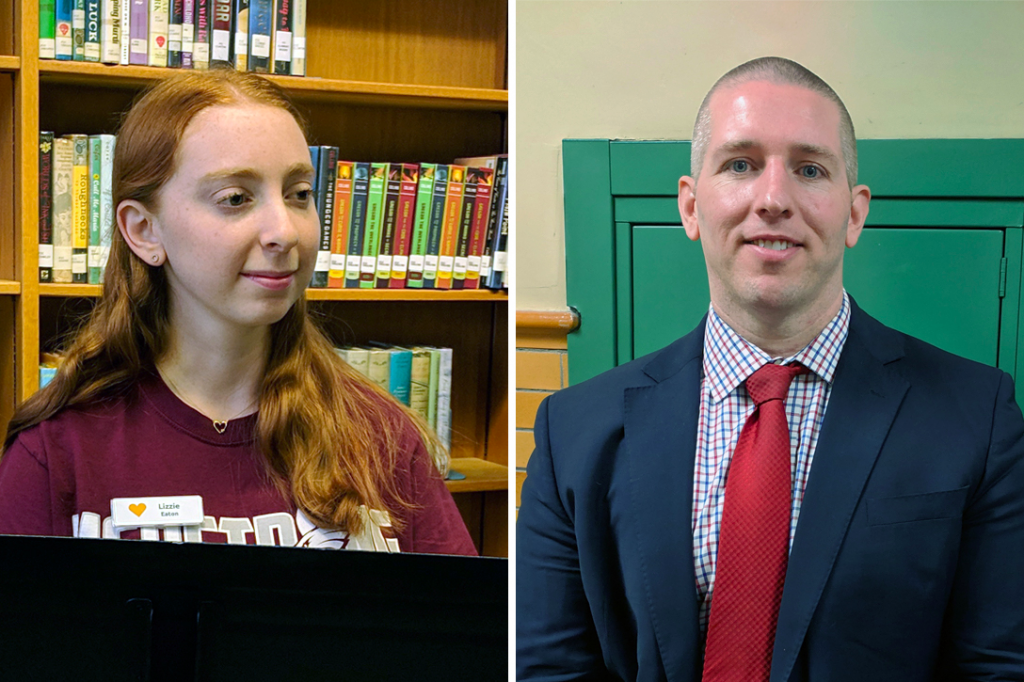 Rev. Glenn Grayson knows about the impact of gun violence firsthand. Grayson is a pastor in the Hill District neighborhood of Pittsburgh and, in the fall of 2010, his son was killed while home from college.

For nearly 20 years Grayson has run the Center That CARES (Children/Adults Recreational & Educational Services), a Pittsburgh nonprofit that helps children thrive personally, socially, and academically. The death of his son almost a decade ago made the pastor realize the devastating role gun violence plays in the lives of many of the students his organization serves.

“We try to provide a safe haven for all of our kids from pre-K through high school,” Grayson said. “After my son passed we really realized how important it was to help these vulnerable students. It propelled us to another level in terms of awareness about the impact of gun violence.”

The center also operates a shuttle that aims to boost attendance by giving high school students living in the Hill District a safe and reliable way to get to class. In 2014 a high school senior in the neighborhood was shot while on the way to school.

“I think [the shuttle] makes some kids feel safer,” Grayson said. “Gun violence plays a major role in a student’s ability to learn. These kids are totally impacted by the loss of lives in our community. Most of our kids are connected to these tragedies whether directly or indirectly and experience some kind of grief and trauma. So, we try to meet kids where they are and get them to where they want to be.”

In an effort to further address the emotional well-being of students, Grayson’s organization plans to provide counseling to those the center serves in the future. 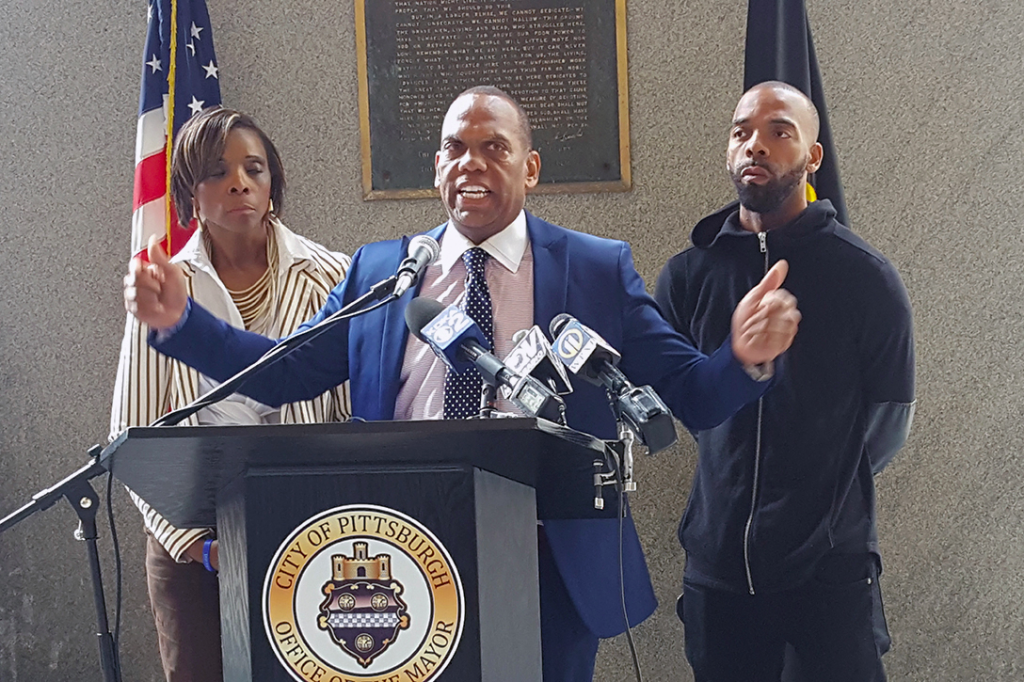 Rev. Glenn Grayson is a pastor in the Hill District neighborhood of Pittsburgh. Photo credit: Courtesy of Rebecca Addison

Community programs like those offered by the Center That CARES have a major impact on the lives of the children they work with. But in order to better address trauma in the lives of students, researchers say schools must step up.

An education research organization reports that two-thirds of school-age children will likely experience at least one traumatic event — such as abuse, neglect, or exposure to violence — by age 17. Yet despite this statistic, many schools lack the staff and systems necessary to meet the needs of students who have experienced trauma.

To help these young people, schools need to implement what the report calls trauma-informed education. This involves “a holistic approach to education in which all teachers, school administrators, staff, students, families, and community members recognize and respond to the behavioral, emotional, relational, and academic impact of traumatic stress on those within the school system.”

Studies show trauma has a negative impact on IQ scores, memory, verbal ability, and attention span — all of which affect grades and state math and English assessments. The effects of trauma can also lead to poor attendance, increased disciplinary problems, and higher suspension rates.

“There’s lots of data that says unmet social and emotional needs have a direct impact on kids’ ability to function in an academic setting,” said clinical psychologist Colleen Cicchetti.

Cicchetti has been advocating for school-based trauma intervention for decades. In 2015 she founded the Center for Childhood Resilience, in Chicago, with a grant to focus on school-based mental health.

“Only 20–25 percent of kids in the country who need mental health services are accessing them,” Cicchetti said.

Like Pittsburgh, Chicago also struggles with high gun violence rates. Cicchetti said in some of the schools her organization works with, 90 percent of the student population has been exposed to trauma.

“We look at gun violence as a public health issue because when we think about the impact gun violence has on a community it’s not just the victim and the victim’s families,” Cicchetti noted. “If a child is shot, it’s not just their family, but the kids who knew the kid or even the shooter. It’s the kids who are seeing these shootings on TV every night and thinking Chicago’s unsafe. What we’re seeing is a pervasive sense of hopelessness and danger that is much broader than just the immediately impacted families.” 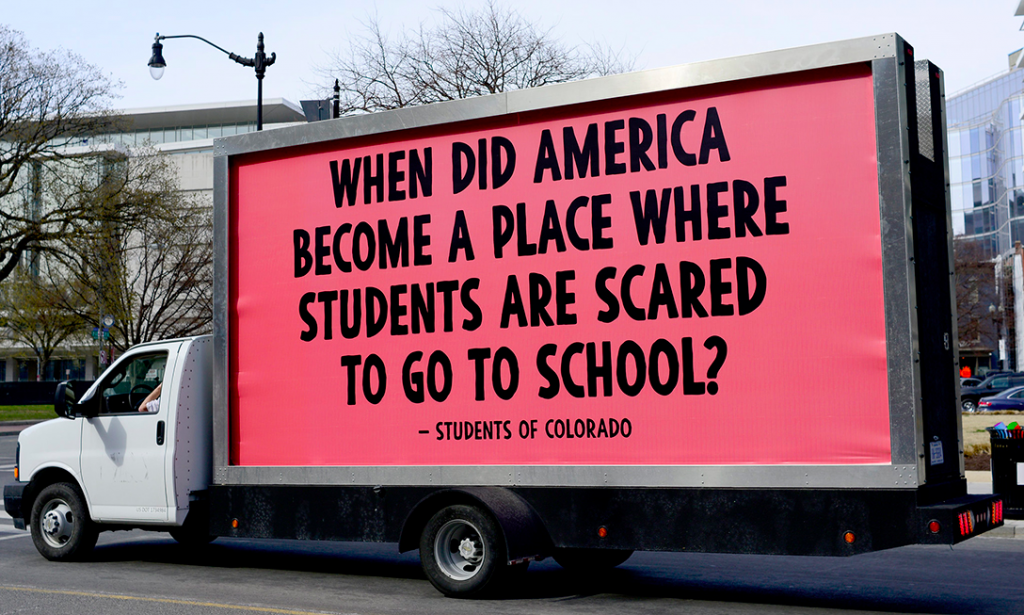 Given the ripple effect a shooting can have on a community, nonprofits around the country are working to help affected students. Parkland Cares is a nonprofit launched in response to the 2018 school shooting at Marjory Stoneman Douglas. It’s one of many that sprang up to provide emotional support services to the community in the wake of the Parkland massacre.

“After a tragedy like this, [post-traumatic stress disorder] often sets in, maybe not immediately but eventually,” said Stacey Udine, the executive director of Parkland Cares. “So it’s important to have the services in place to prevent future tragedies and help the community heal. There’s an immediate need but it’s also long term. It’s a marathon, not a sprint.”

Parkland Cares provides grants to mental health providers to help individuals and families access services. To date, the organization has allocated more than $240,000 in grants.

Udine’s daughter was a senior at Marjory Stoneman Douglas High School when the shooting occurred. She had left the school grounds an hour before the gunman opened fire.

“It touched us all,” Udine said. “It’s something you really think could not happen to you, but it can.”

Despite the work of Parkland Cares and other nonprofits in the community, many students in Parkland are still struggling.

Adapted by WhoWhatWhy from Will Caldwell / Vimeo (CC BY 3.0).

One response to “Youth Struggle With After-Effects of Gun Violence”