Scientists are constantly working to solve problems, and by far the worst is one the human race itself has created — climate change due to global warming. One company has invented a process to clean the atmosphere of the most important heat-trapping gas, carbon dioxide (CO2), and last week it announced a large funding round that will allow it to commercialize its invention.

The process is called direct air capture (DAC). Giant banks of fans blow a high volume of air through a solution that contains a CO2-capturing chemical, extracting around 75 percent of it. (CO2 makes up only 0.04 percent of the atmosphere.)

The CO2 combines with the solution to become calcium carbonate, a chalky granular substance. This method — as employed by Canadian company Carbon Engineering — should be able to scrub a ton of CO2 from the air for around $100, a feat that was considered impossible just a few years ago.

This low cost estimate is based on anticipated savings once Carbon Engineering expands its pilot system to commercial scale.  The company, which has secured massive funding from the likes of Chevron, plans to build capacity that will remove the same amount of carbon from the atmosphere as 40 million trees do. Company executives believe their devices could become as commonplace as water treatment plants.

“It’s not magic as far as the technology — it’s all feasible and doable,” says CEO Steve Oldham. He claims that there are no harmful chemical side-effects and plants would take up little space, Of course, he notes, governments and the public will have to decide if they want this solution and if so, whether they are willing to pay for it.

One pertinent question: what becomes of the CO2 once it is captured? Further refinement by heating produces a stream of pure, concentrated CO2, which can then be mixed with hydrogen to make a liquid fuel suitable for burning in any compatible internal combustion engine. 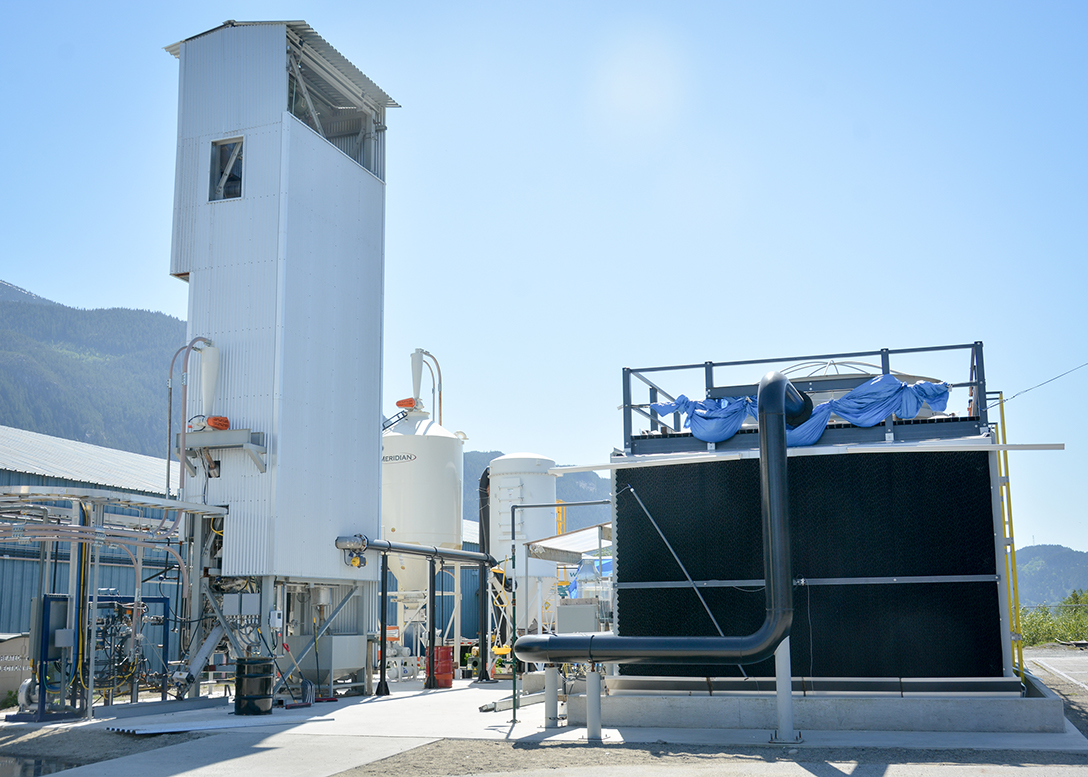 But some green activists,  like Tzeporah Berman, of Stand.earth, are critical. She sees Carbon Engineering’s “solution” to climate change as akin to the Dutch boy sticking his finger in the dyke to stop a flood. Berman says DAC technology like this provides a “false hope” that society can continue to produce and burn fossil fuels with impunity — and technology will save us. Instead, she advocates that “every industry, every country needs to be reducing emissions quickly,” which means decreasing our dependence on fossil fuels.

One problem is that the captured CO2 can facilitate the drilling for crude oil. Compressed CO2 gas is pumped underground to help flush out crude, increasing flow from wells by 30 percent. The CO2 remains behind — trapped underground — which limits its environmental impact; but the greenhouse cycle begins again when the burning of the new crude pours more CO2 into the atmosphere.

Among those with a positive take on Carbon Engineering’s technology are the investors in the latest funding round, who  range from environmental philanthropists like Bill Gates to resource-extraction corporations like Chevron.

This week’s video shows the pilot DAC facility in British Columbia, Canada, that convinced all these big donors to part with their millions.

3 responses to “Why Is Big Oil Bankrolling an ‘Environmental’ CO2 Capture Company?”