The Trump administration has found another way to undermine Environmental Protection Agency regulations and secure a win for Big Oil, according to environmental advocates.

The White House wants to dial back the standards for particulate matter (PM) — solid particles or liquid droplets in the air, which will be a financial boon for industries that benefit from weaker environmental regulations and, according to critics, would result in the death of even more people than those already at risk.

The air is dirty enough already. “Right now, in the US, under the current standards, there are 23 million Americans that live in areas that have air quality worse than the current standard,” Gretchen Goldman, the research director at the Center for Science and Democracy at the Union of Concerned Scientists, told WhoWhatWhy.

“There does seem to be evidence that there are health effects at levels below the current standard, so there’s a significant health impact on the American public.”

Long-term exposure to air pollution has been linked to premature death, according to a paper written by Goldman and data scientist Francesca Dominici. This link is consistent with what the Clean Air Scientific Advisory Committee (CASAC) — which advises the EPA, and is composed of PM and Ozone Review panels — has found in the past.

Republicans in Congress had long been trying to pass similar legislation co-sponsored by Representative Lamar Smith (R-TX), then-chair of the House Science Committee and noted climate change denier. The move has been harshly criticized by many in the scientific community.

Pruitt, Republicans, and industry-backed supporters like the American Chemistry Council, claim it will keep bias out of the EPA. But the change, critics say, tilts the advisory committees clearly in their favor by allowing scientists funded by oil, fossil fuel, and chemical companies to offer advice on regulating their industries. This is happening with CASAC.

Louis Anthony “Tony” Cox Jr., the current panel chairperson, is an expert in risk analysis and president of a private Denver consulting firm whose clients include those in the oil and chemical industries. 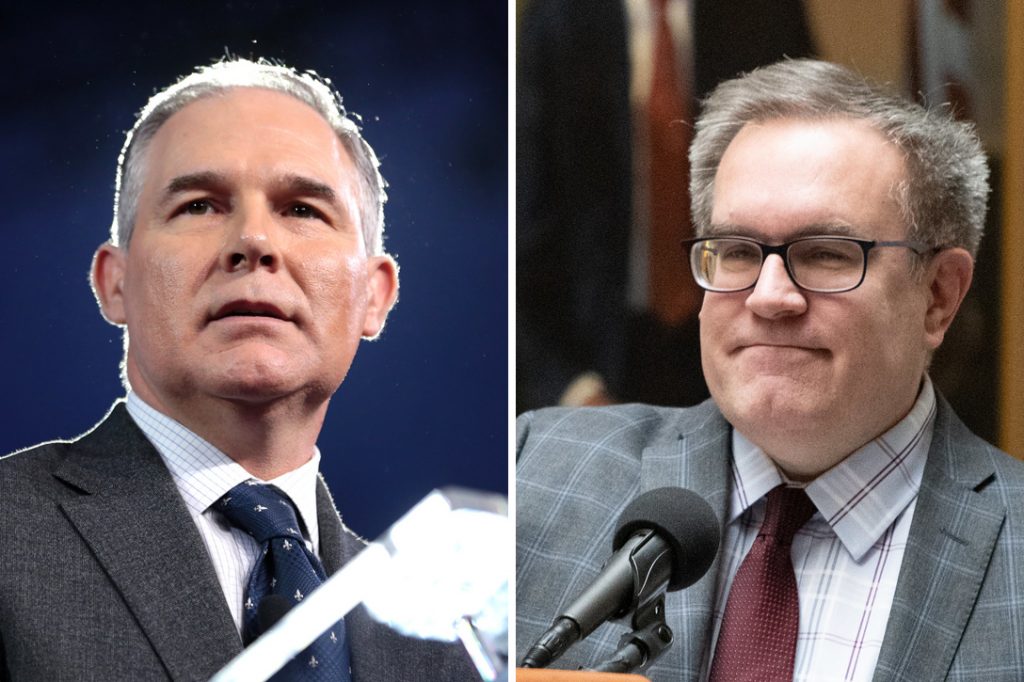 “CASAC is not competent scientifically to advise the agency,” he said. “The group does not bring to the table the breadth, depth, and diversity of expertise that’s needed to propose extremely controversial, broad-ranging changes to the overall assessment.”

Notably, the current CASAC committee does not include any epidemiologists, whose studies have been key in determining the health effects caused by air pollutants.

“Every other review of every standard going back to late 1970s had a broader view of scientists than just the seven people who are allowed to be on this division,” said John Bachmann, former associate director for science/policy and new programs in the EPA Air Office

Goldman says what Cox is promoting is “manipulative causation.” While the past framework looked at studies across various fields to determine links between air pollutants and public health concerns, Goldman said, Cox will limit what studies can inform decision-making, only looking at studies that show reducing a particular pollutant will have a positive health effect.

This is inconsistent with how the scientific community determines cause-and-effect relationships.

“The proposals coming forward … are just not vetted in the scientific community,” Frey said. “They may have some merit here and there, but they’re being pushed in an application that’s completely out of context in ways that are inappropriate.”

There have been many changes to the air quality review, he said. “Everything has harmed the process, but collectively it has really gamed the whole system.”

Having those in industries that emit pollutants take part in these committees is an “inappropriate conflict of interest,” Frey said. “Regulated industries are certainly stakeholders in the review process.”

And they are not likely to acknowledge the very real health effects associated with such air pollutants.

Bachmann said a stricter analysis than the new framework Cox is promoting would “prevent thousands of premature deaths.”