As the partial government shutdown lurches into its fourth week, there is a lot of collateral damage to go around, affecting everyone from communities waiting for cleanups of toxic Superfund sites, to new parents buying baby toys and even some victims of sexual assault.

Better Watch What You Buy

Consider the Consumer Product Safety Commission (CPSC). The agency monitors the safety of virtually every consumer product, from vacuum cleaners to playpens and athletic equipment. Due to furloughs, its staff of 550 has been slashed down to just 20 essential employees.

Pamela Gilbert, who was the CPSC’s executive director during the Clinton administration, agreed. In an email, she stated that, without sufficient staff, dangerous products from abroad will not be prevented from entering the US, the recalls of unsafe and defective products will “stop almost entirely,” and that reports of injuries and deaths from consumer products won’t be investigated.

Gilbert observed, however, that the CPSC had become such a lackluster agency under President Donald Trump that the shutdown’s impact is not as big as it would have been in the past.

The agency’s work had “slowed down to a crawl, even when the government was open,” she noted.

Investors also are at risk. The Securities and Exchange Commission is supposed to protect investors from Ponzi schemes and insider trading. That is hard to do when the agency decides to retain only 110 enforcement staffers.

Rep. Maxine Waters (D-CA), the new chair of the House Financial Services Committee, warned that such sharp cuts in enforcement were “essentially providing fraudsters and schemers with a free pass to swindle investors and small businesses.” 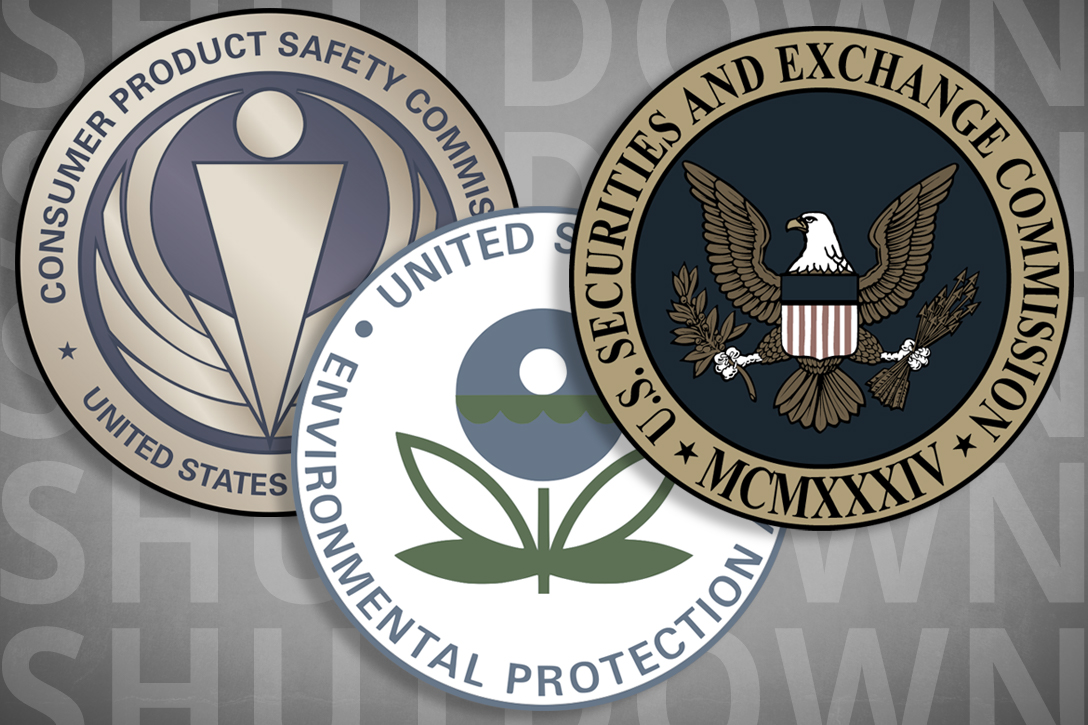 Watch Where You Breathe

The Environmental Protection Agency (EPA) has a huge mandate: “To protect human health and the environment,” ensuring that “Americans have clean air, land and water.” But, of its 13,972 staffers, only 794 are reporting for work.

Elizabeth (Betsy) Southerland, a former senior EPA official who left the agency in 2017, charged that, under Trump, enforcement had already reached the “lowest” level in the history of the agency.

“And now, what little enforcement that was being done under this new political team, that has literally stopped,” Southerland said.

No inspectors are checking companies’ pollution control equipment to make sure that they are not emitting too many toxins into the air, water, or soil, Southerland said.

And there are other repercussions. Remember Superfund sites? Hundreds of them exist throughout the country where chemical plants, mines, and nuclear weapons facilities created toxic messes that threaten public health.

Unless a site is deemed an “imminent emergency,” Southerland said, all cleanup by the government is halted during a shutdown. Emergencies are when the government “literally has to stop something from overflowing or spilling or some hazardous situation,” she said, meaning that most communities will face “enormous delays” in what is already a very slow process.

The EPA isn’t even holding public meetings to explain to people “the risks to their health or what cleanup is being done,” she said. 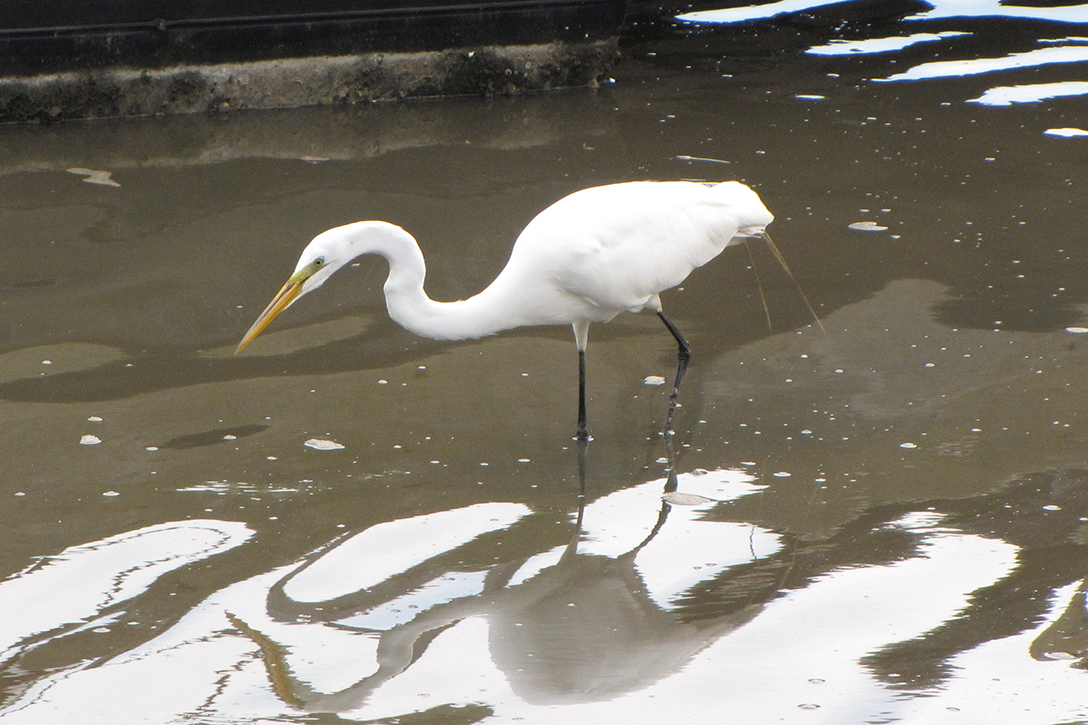 Throughout the US, scores of communities also are worried about the safety of their drinking water. In North Carolina’s Cape Fear basin, for example, the EPA has been monitoring the drinking water to check for chemical contamination. During the shutdown, the monitoring stops, Southerland said.

Just as concerning, EPA officials can’t even “discuss the monitoring data they already have,” she said.

The EPA has been canceling lots of public meetings due to the shutdown.

In Rockford, MI, residents will have to wait for an EPA update about their water supply, tainted by potentially carcinogenic chemicals from a defunct tannery operation. Residents now are drinking bottled water.

In East Chicago, IL, a neighborhood coalition is angry about the EPA’s cancellation of a January 10 public meeting to discuss how to clean up a toxic Superfund site. Residents wanted the EPA to know their fears that a proposed cleanup plan will not protect their families’ health, and get a chance to express their views before January 14, when the EPA ends its public comment period for the proposal.

While informing the public about the safety of their drinking water may not be worth the time of the EPA staffers who remain at work, it appears that preparing Acting EPA Administrator Andrew Wheeler, a former coal lobbyist, for his Senate confirmation hearing to replace EPA head Scott Pruitt is considered vital to the agency’s mission.

Democratic members of the Senate Environment and Public Works Committee wrote to Wheeler, questioning whether preparation for the January 16 hearing actually was diverting EPA staff from more consequential work. “[If] EPA is diverting resources that are intended to be used to ‘protect life and property’ to prepare you for your confirmation hearing, the already-dire consequences of the shutdown on public health and the environment could be even greater,” the letter warned.

The website for submitting comments on rules proposed by all federal agencies — regulations.gov — is the responsibility of the EPA. Visit that site now, and you will find a prominent banner that reads:

“The EPA is affected by the current government shutdown. As a result, continued systems operations cannot be guaranteed.”

But that banner may be misleading, he said, since it is likely that government agencies not affected by the shutdown are continuing to accept comments. The administration, he added, has done nothing to clear up this confusion.

The controversial proposal has raised the hackles of many feminists, groups fighting sexual assault on campus, and at least one state university system — the University of California. It would narrow the definition of sexual harassment, and authorize schools to investigate student complaints only if the harassment occurred on campus or at an event or program sponsored by the school. It also would give more rights to students accused of sexual misconduct. 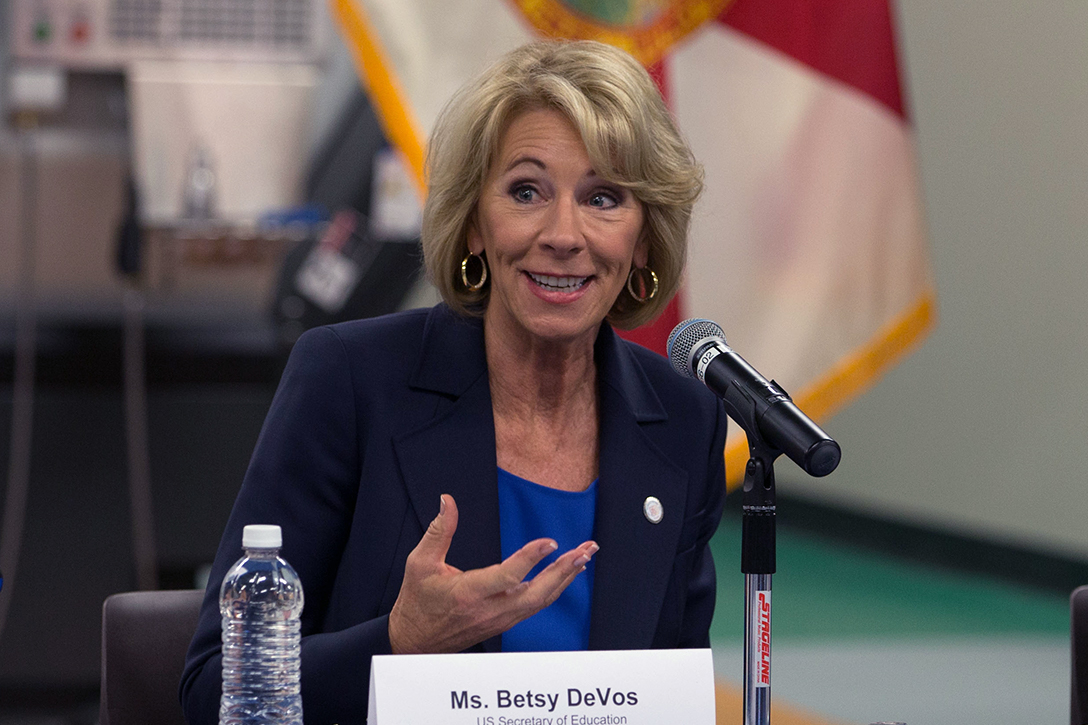 The NWLC strongly opposes the proposed rule. It “will make schools more dangerous for all students,” Patel warned, adding that in its current form, “schools would be encouraged and even required to be complicit in sexual harassment and violence.”

Patel worries that the shutdown will discourage comments from the public. The detailed proposal was open for comment on November 29 and the deadline for submitting comments is January 28, Patel said.

Even without the shutdown, that’s a very short time to digest this massive overhaul, she said. Worse, the timing of the public comment period could not have been more inconvenient for the people most affected by it — students, teachers, and school administrators.

The proposal was issued “right after Thanksgiving,” when “students are not even able to focus on anything else” but final exams, and then going on winter break, Patel said.

The problematic timing, combined with the “confusing” message the regulations.gov website sends, may discourage many people from even trying to comment, she said.

Whether it’s a lack of enforcement, a potentially rushed rule, or communities left in the dark about their water quality, it appears the shutdown is adding insult to injury. Feeling the sting are public interest groups advocating stronger public protections that benefit the environment, consumers, investors, families, and the victims of sexual assault, among many other constituencies.

These advocates have new reasons to empathize with federal workers these days. As Southerland put it: EPA employees “were already depressed” because “they’re working in an environment where the political team now is asking them to undo all the work that they had spent years doing.”

The shutdown just piles on the misery, she said. “Now you’ve added the uncertainty of even being able to pay your bills.”