After she was raped in Seattle, Leah Griffin had to wait nearly 17 hours before being examined by a nurse. McKenna Williams waited nearly 12 hours in San Diego. Jessica Garcia had to travel from her home state of Oregon to California.

All three women did what seems logical in the aftermath of sexual assault — they went to the nearest emergency room.

But all three did not receive the attention they deserved, because of a shortage of Sexual Assault Nurse Examiners (SANE) and a failure to maintain the rape kits to collect and preserve evidence for criminal cases.

These specially trained nurses serve at the intersection of healthcare and the justice system. When the crime scene is a body, preserving trace evidence becomes difficult: changing clothes, showering, or using the bathroom will destroy crucial DNA evidence, and date-rape drugs degrade in the body, making them more difficult to detect.

A sexual assault forensic exam (SAFE), colloquially known as a rape kit, usually takes four to six hours to complete. The process includes photographing the victim, taking and preserving samples of body fluid, hair, and skin, and sending them off for DNA testing.

The test results are uploaded into the FBI’s Combined DNA Index System database (CODIS) and matched against DNA uploaded from criminals already in the system; a match means an almost certain conviction.

Except, more often than not, this sequence of events doesn’t happen.

Rather than being sent to crime labs, an estimated 225,000 rape kits are sitting in police evidence rooms. (There are no exact figures, since law enforcement agencies are not required to maintain this data.) These kits contain evidence crucial to criminal cases but, for many reasons, they are being ignored.

Worse yet, many victims cannot get access to a rape kit in the first place.

Evidence Down the Drain

Getting good post-assault care is a game of chance and geography. Currently, hospitals across the country are not required by law to report whether they have rape kits and Sexual Assault Nurse Examiners available. “About 17 percent of hospitals in the United States have 24-hour access to SANE services, which is shockingly low,” Griffin, a victim-turned-activist, told WhoWhatWhy.

That figure only counts nurses trained through the International Association of Forensic Nurses (IAFN), an unofficial membership organization. Currently, no national training or accrediting body exists, meaning SANE training often varies by state, and a complete, updated list of working forensic nurses has never been compiled.

Time is of the essence when conducting a forensic rape exam. Because Griffin had to wait about 17 hours for her rape kit, a date rape drug found in her system could not be used in her criminal case. Prosecutors couldn’t prove she didn’t take the drugs herself in the lapsed time between hospital visits. (No drugs were ever found in Williams’s case, because the first hospital could not test for any date rape drugs.)

The medical staff Griffin spoke with and who only treated her physical injuries were not rape trauma-informed.

“They made value judgements, they said things like I was naive, which is wildly inappropriate for a nurse to write. So those notes from that hospital ended up damaging my case,” said Griffin. “I had internal injuries that required stitches, they found drugs in my system, and still, in part because of that gap in time, prosecutors declined to file charges.” 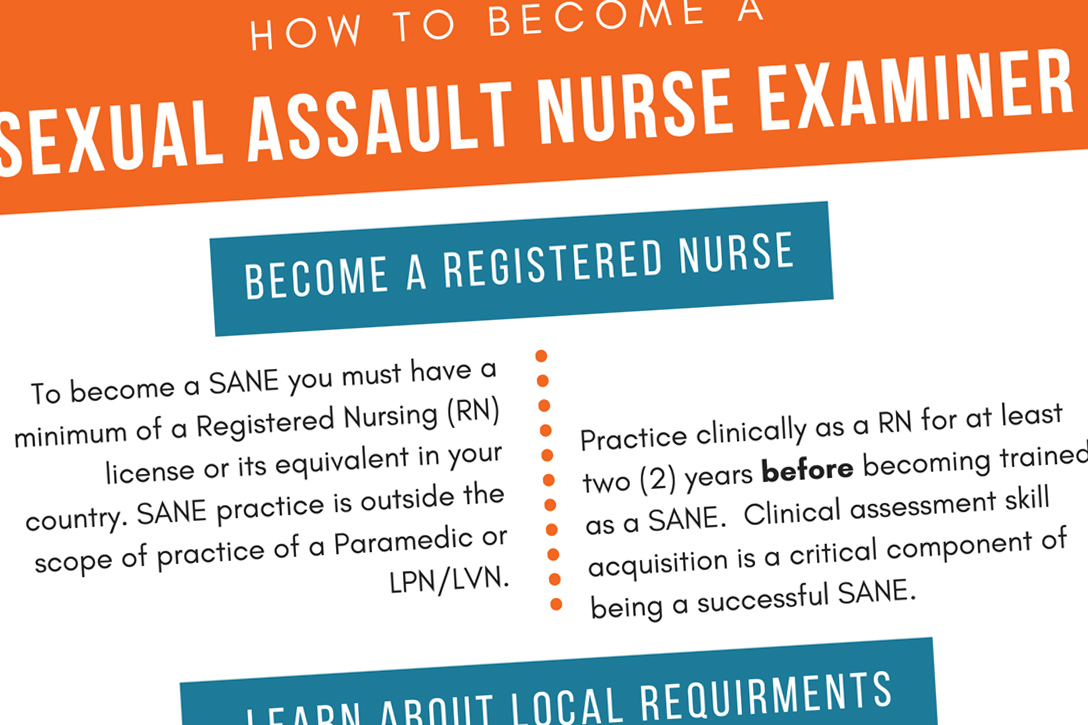 If It’s This Bad for a Middle-Class White Woman…

This type of situation — all too common in cases of sexual assault — disproportionately affects communities of color and the poor, and is an obstacle that burdens no other type of crime victim. Griffin is working to fix this.

“I’m an educated, white, middle class woman,” said Griffin. “I have access to transportation, access to the internet, I have a job that would let me take time off to deal with my PTSD and legal issues, I have a family who supports me, I don’t have children — I have all of this privilege, and I was able to sort of move things along to a certain extent. But I realized that if I can’t get anything that resembles justice in this system, then there’s no chance for anybody to get justice in this system. And I was appalled by how broken and how terrible the whole system is from beginning to end.”

After her assault, Griffin said she sent emails to “anybody that I thought could make a difference.” She finally reached Senator Patty Murray.

At its root, the bill aims to fix the issue Griffin faced by authorizing $2 million each year to assess which hospitals have SANE access.

“Essentially what the bill does is first identify that we don’t really know how many hospitals have rape kit accessibility and where they are. So the goal is to give grants to states so that states can do surveys and identify where the gaps in service are,” said Griffin.

Once completed, it would require hospitals to provide information on their sexual assault care and would mandate the establishment of online maps, to be maintained by states and the Agency for Healthcare Research and Quality, showing survivors where they can access a SANE.

These issues are not new to Senator Murray. A 2016 Government Accountability Office (GAO) report commissioned by her showed the lack of trained examiners available across the country. Griffin said this report served as “the impetus for [SASCA].”

Although this report is the only official governmental examination of this issue, its accuracy has been questioned.

“I read the GAO report when it came out and I was mystified by the numbers they gave for Minnesota,” said Linda Walther, a sexual assault nurse examiner and clinical coordinator for Minnesota’s Statewide Medical Forensic Policy Program, in an email. While GAO stated that 176 examiners had been trained, Walthers said that number is actually less than 150.

“I am not sure where they got their data,” she said, “but I know for sure that it was not SANE trained examiners.”

As with other states, the data is difficult to collect because there is no centralized reporting agency, and the state is not required to maintain this information, underscoring the issue SASCA is working to fix.

The bill will also require SANE/SAFE information be made available to students, who are frequently confused about where to find medical help after an assault.

For students, knowing where to go for these services is crucial and can reduce the time between assault and medical care.

A notable example came to light in 2016, when a Harvard student wrote an anonymous op-ed in the Harvard Crimson about traveling, at her own expense, to a Boston hospital after learning the school could not give her a rape kit. 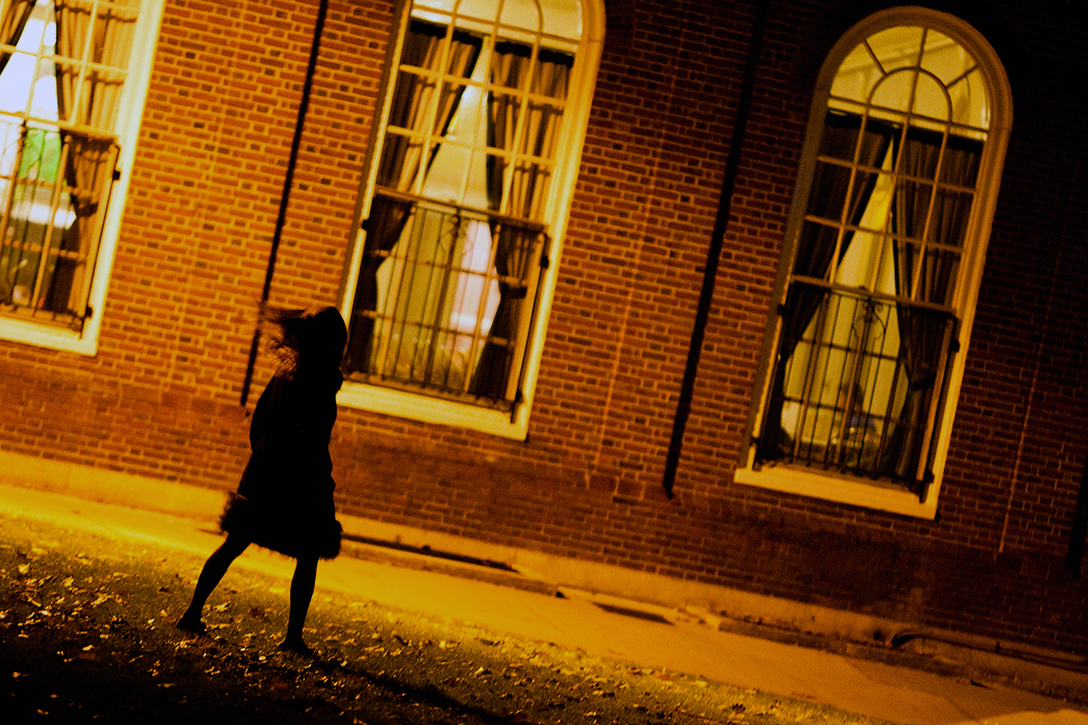 In areas where easy access to a SANE would be assumed, it’s striking to realize how difficult access can be.

“It was really shocking for me, being in such a big city like San Diego and there being no efficient system of how to get a sexual assault exam,” said McKenna Williams.

The first hospital she arrived at treated her immediate injuries. She was told to wait for the police, but after five hours the hospital asked her to leave. She traveled to the police headquarters in downtown San Diego, which was closed. She called, said she waited “a couple more hours,” and eventually an officer picked her up and drove her to a hospital about an hour north. It was there that she was finally able to get an exam.

“That nurse had to stop the exam four separate times to take phone calls, just on her personal cell phone, about incoming sexual assault patients needing exams of their own,” Williams said. “She was the only trained nurse in the area.”

But lacking enough cases doesn’t mean the hospital should turn victims away.

Prior to becoming the SANE coordinator with the Oregon Sexual Assault Task Force, Nicole Broder spent time working at a small ER that didn’t have trauma services available. She explained how that small hospital treated non-sexual trauma patients, and believes that should be the model of sexual assault patients as well.

“If a trauma patient came in, we would stabilize them and then we’d get them to a place that had proper care,” she said. “That’s not what’s currently happening to sexual assault patients. We wouldn’t turn trauma patients away at the door; that would’ve been awful, and yet, somehow, it’s become acceptable in the eyes of some hospitals in terms of sexual assault patients.” 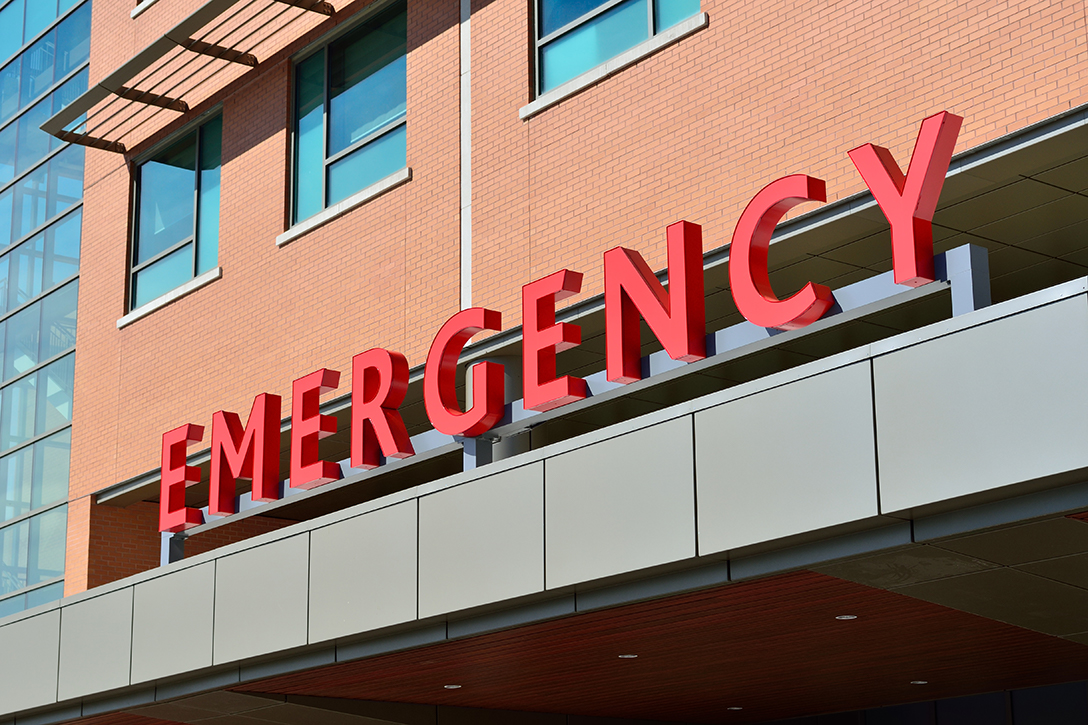 Native Americans the Most Violated

One of the most underserved areas are Native American reservations, which also have the highest rates of violence against women. Native women are 2.5 times more likely to be sexually assaulted than non-native women in this country — a statistic so high that the Native American Women’s Health Education Resource Center has published the harrowingly-titled “What to Do When You’re Raped: An ABC Handbook for Native Girls,” a downloadable picture book with information on emergency contraception and a list of helpful organizations.

Griffin, noting that the issue is understudied, said the best information available for SANE and rape kit access in tribal communities comes from the 2016 GAO report. In what she calls “the most stark example” of inadequate access, Griffin cites natives living in northern Alaska who must take two planes to Anchorage — a 17-hour journey — to receive a rape kit and post-assault health care.

A Source of Hope

SASCA plans to fix this by providing training grants to rural and tribal communities, setting aside 15 percent of this grant funding specifically for Native-affiliated organizations. It also calls for the development of best practices to address the “unique features and cultural sensitivities within these communities.”

Many survivors see this bill as an important step forward in repairing the system that failed them. “It’s such a multifaceted issue, there [are] so many ways in which we can improve handling these cases, but this [is]… the most fundamental step — to actually provide survivors a way of getting care and a means to collect evidence that an assault was committed against them,” said Williams.

“Moving forward from there is impossible without that evidence, so it is encouraging to see a bill like this, that is bipartisan, that everyone can get behind, and I really think it can lead to meaningful and tangible change.”