When it was reported that Mississippi Sen. Cindy Hyde-Smith (R) attended and sent her daughter to segregated schools, an issue was back in the news that many Americans believe had been addressed in the civil rights era.

But Hyde-Smith’s experience is far from uncommon. Nearly 65 years after the landmark Brown v. Board of Education ruling, schools across the US are quietly being resegregated — and many were never fully desegregated to start with.

According to a report from the National Center for Education Statistics (NCES), much higher percentages of students of color attend high-poverty schools compared to white students — and experts agree that it is only getting worse.

“White people are [more] able to purchase homes zoned for ‘better’ schools than most folks of color — and the resulting residential segregation explains why neighborhood schools would be segregated as well.”

Keeping ‘Them’ in Their Place — Legally

In the wake of the 1974 Supreme Court case Milliken v. Bradley, which ruled that districts could legally be segregated as long as it was not intentional, most students once again began attending schools in which nearly everyone looks like them. And students of color attend high-poverty schools that offer free and reduced lunch at a much higher rate than white students, experts say.

Essentially, students, as well as communities, are being segregated on an economic basis. While there are certainly exceptions to the rule, 45 percent of African Americans and Hispanics attended high-poverty schools while only 8 percent of white students attended such schools, according to the NCES report.

“Housing developments can be built today that have no specific racial requirements (which would be illegal) but require two acre lots, and homes that must be at least 5,000 square feet. This excludes the vast majority of peoples in the US from being able to purchase such a home, thus perpetuating existing privileges and exclusions, which privilege white affluent folks most,” Dr. Casey said.

Unsurprisingly, ordinances like this exclude many people of color from being able to shop around for schools. 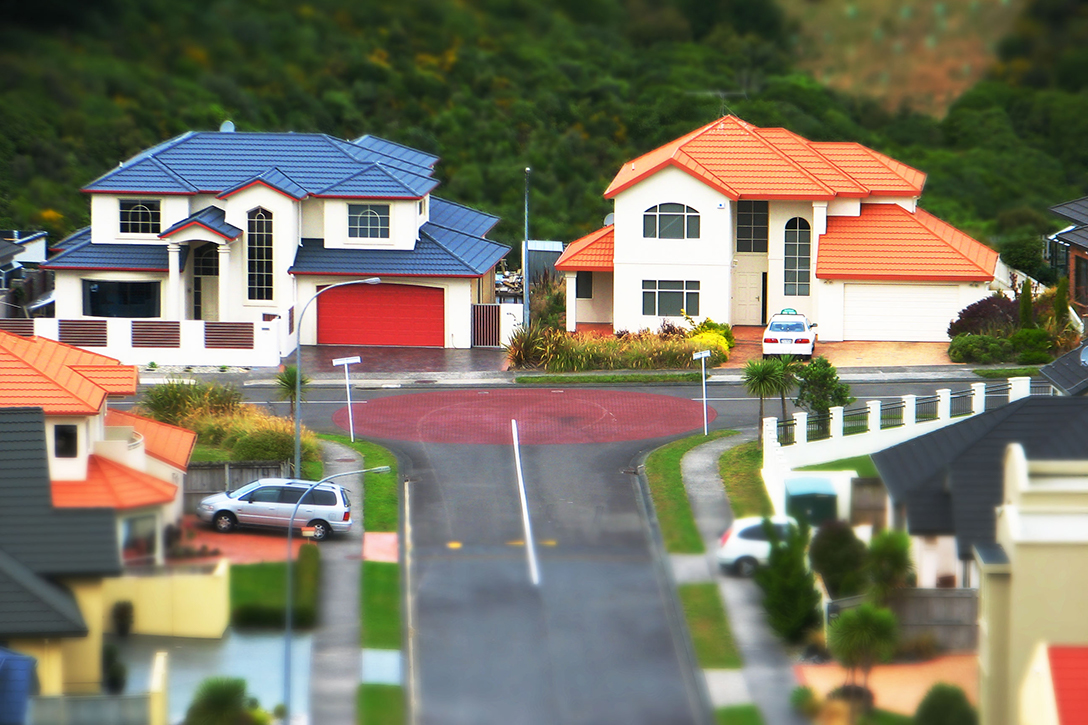 “White people are [more] able to purchase homes zoned for ‘better’ schools than most folks of color — and the resulting residential segregation explains why neighborhood schools would be segregated as well,” Dr. Casey added.

Although school and residential zoning is a critical segregation issue, it is not the only perpetuator. Dr. Walter C. Stern, a historian of education at University of Wisconsin-Madison, explained that, historically, cities like New Orleans allocated resources and protections disproportionately to white communities, and these practices continue today despite anti-discrimination laws.

One example Dr. Stern cited is the heavy policing of minority neighborhoods. When coupled with strict sentencing laws and “a slew of other criminal justice policies,” the effort tends to reduce the potential earnings and stability in minority neighborhoods and reinforce racialized poverty.

The issue of school choice further complicates this modern segregation. White parents are not only able to shop around for the best public schools, but are also more likely to send their children to private schools where, in some places, applications are only available in English. Many people of color choose to send their children to charter schools, another perpetuator of segregation. In 2015, over 1,000 charter schools had a 99 percent minority enrollment rate.

The effects of this modern school segregation are rampant and troubling. The male senior class of Baraboo High School in Wisconsin took and tweeted a since-deleted photo showing many of them throwing a Nazi salute, commenting, “We even got the black kid to throw it up #barabooproud.” Baraboo High School’s student population is only 7 percent African American, with 88 percent being white.

The connections between the incident in Baraboo and the effects of school segregation are clear. School segregation gives “white people who have benefitted from preferential treatment the false sense that they earned those advantages through their own efforts rather than through the active intervention of powerful institutions such as the government. There is a degree of assumed racial superiority in this kind of thinking,” Dr. Stern said.

This “assumed racial superiority” is apparent in Baraboo; Wisconsin ABC News 12 reported that the African American student pictured in the infamous photo, Jonathan Schieber, has “heard racist comments for years,” including students “slinging the N-word with a hard ‘r.’” Schieber goes on to explain that, despite the caption of the tweet, he clearly had his arms at his side.

In Sen. Hyde-Smith’s state of Mississippi, the impact of segregated schools on minority communities is especially stark.

“Mississippi continues to be the poorest state in the nation. Mississippi has the lowest score on the composite poverty-and-opportunity index,” said Zakiya Summers-Harlee, director of communications and advocacy for the Mississippi American Civil Liberties Union (ACLU).

Summers-Harlee argues that all of these problems are connected.

“Mississippi must recognize the systems we have in place — from education, to employment, to housing, to incarceration — are interrelated,” she said.

One of the most troubling consequences of school segregation is the perpetuation of policies and attitudes that marginalize people of color, Dr. Casey told WhoWhatWhy.

“Another way of looking at this is to say that the system is doing precisely what it is meant to do: The purpose of schools has never been to send every person in the country to college. While this has become (somehow) the explicit goal of many schools and districts, it does not answer the question of what is supposed to happen after everyone has a college degree,” Dr. Casey said.

The continuing prevalence of school segregation is a symptom of widespread racial inequality in the United States. Dr. Casey urges people to think of school integration not as an end in itself, but as a step along the road to greater equality in all aspects of American society.