Tomorrow morning after the networks have anointed today’s winners, the actual results of many races across the country, like Georgia’s gubernatorial contest, will remain forever uncertain.

Georgia voters, and 25 percent of all voters nationally, vote on computers that are hackable and un-auditable, and therefore subject to serious doubts about the outcome. Recounts of the electronic ballots are a folly, and amount to little more than good theater. After the theater of recounts and certification of results, doubts will nag those who paid attention. How do we know who actually won?

I’ve spent the last 16 months in three lawsuits against Secretary of State Brian Kemp and other Georgia election officials, and have seen the dynamics first hand.

Although they know better, most of the purportedly “losing” candidates will mouth platitudes in their concession speeches about the “will of the voters” and the “great democratic process.” But some losing candidates will share with their closest confidants unsettling qualms about the reported results, the machines that were flipping votes, the rejected ballots, the precinct tallies that showed wild anomalies, and vote counts that don’t reconcile.

The party bosses will demand that the losing candidates keep such doubts and troubling facts to themselves if they want a political future.

Voters will scratch their heads and assume that their candidate would mount a challenge if the results were dubious. But that’s not the way it works. I’ve seen scores of candidates privately unnerved by nonsensical precinct results, turnout numbers, and tabulation reports. Still, under pressure from political leaders, to avoid being labeled “sore losers,” the candidates assure their supporters that they have “thoroughly reviewed every reported concern,” scrutinized the results, and determined that their opponent won fair and square.

I’ve rarely been successful in convincing a candidate to seek a review of results he or she knew to be in error. Our wrong-headed culture stops the candidate from doing the right thing — the patriotic thing — which is to demand a transparent and fair recount.

Those who claim that recounting, auditing, or challenging a dubious election result is somehow undemocratic or unpatriotic have it dangerously backwards. For decades, election officials have been confident that sloppy elections, even inaccurate outcomes, will pass muster because of the power of the “sore loser syndrome.” Game-changing errors or hacks will likely go undetected because of officials’ successful attempts to block transparency, coupled with political pressure and candidates’ understandable postelection fatigue.

Although every voter in America now knows that the threat of electronic manipulation of the vote is real, few accept that it can happen in their own backyard. Fewer still are prepared to take even modest action to assure that the reported outcome was correct. The most powerful candidates in the nation shy away from seeking a recount, even when foreign interference is a serious possibility.

Consider Jill Stein’s awkward recount effort, a proxy for a Clinton recount, that raised $7.3 million in a matter of days for a presidential recount that voters were demanding. But Clinton wanted no hint of the “sore loser syndrome,” although millions of her supporters wanted the results verified in key swing states.

The perverse outcome was based on the notion that it would be undemocratic and unpatriotic to seek the truth about 2016. Better to let the electoral tally stand unquestioned. Clinton’s refusal to have the election verified left millions of Americans with serious doubts about whether the president of the world’s most powerful nation was duly elected.

Americans demand instant replay videos for close calls in professional sports, audits of financial statements of companies they invest in, and even audits of their homeowners-association books. But voters have seemed content to put powerful politicians in office without verifying that they were actually elected.

In the last two years, Americans have received daily warnings from authorities such as the Department of Homeland Security (DHS), Congress, the CIA and FBI, cybersecurity and intelligence experts, and the media that our election system is seriously at risk and under attack. Yet most voters will look to the losing candidate — who is under threat of the “sore loser syndrome” — to determine whether the results should be verified. Bad actors intent on manipulating elections are confident that this culture of defeat ensures their continued success. Careless election clerks are confident that their unintentional errors will escape notice.

Will Wednesday morning be different this year? Are Americans now “woke” enough to the well-publicized risks to demand that results be thoroughly scrutinized and anomalies be investigated? Will those who volunteered long hours and others who donated hard-earned funds insist on an accounting of the result of their investment? I’m skeptical. I don’t yet see sufficient signs that American voters are ready to take back their rightful role as active participants in the conduct of their elections.

Here’s what most Americans don’t realize: It’s not the government’s business to decide the outcome of elections.

Citizens actually have a double role: 1) to vote and 2) to count the ballots in public view alongside the opposing party, and then tell the government who was elected.

Citizen election workers and candidate-appointed observers are supposed to conduct and monitor a transparent election process and report to government scribes who then organize the official reports, with constant citizen oversight.

But a combination of complex election technology, citizen inattention, demand for instant results, and government overreach has resulted in the irrational experience we will undergo today, when the purported decision makers — the voters — permit an out-of-control, unverifiable process to arrive at a hasty and possibly flawed result.

We can no longer call the process truly democratic when voters’ ballots are counted in the dark by government officials. Are voters, turning out in record numbers this year, ready to step up to their responsibility to assure that every vote counts as intended? 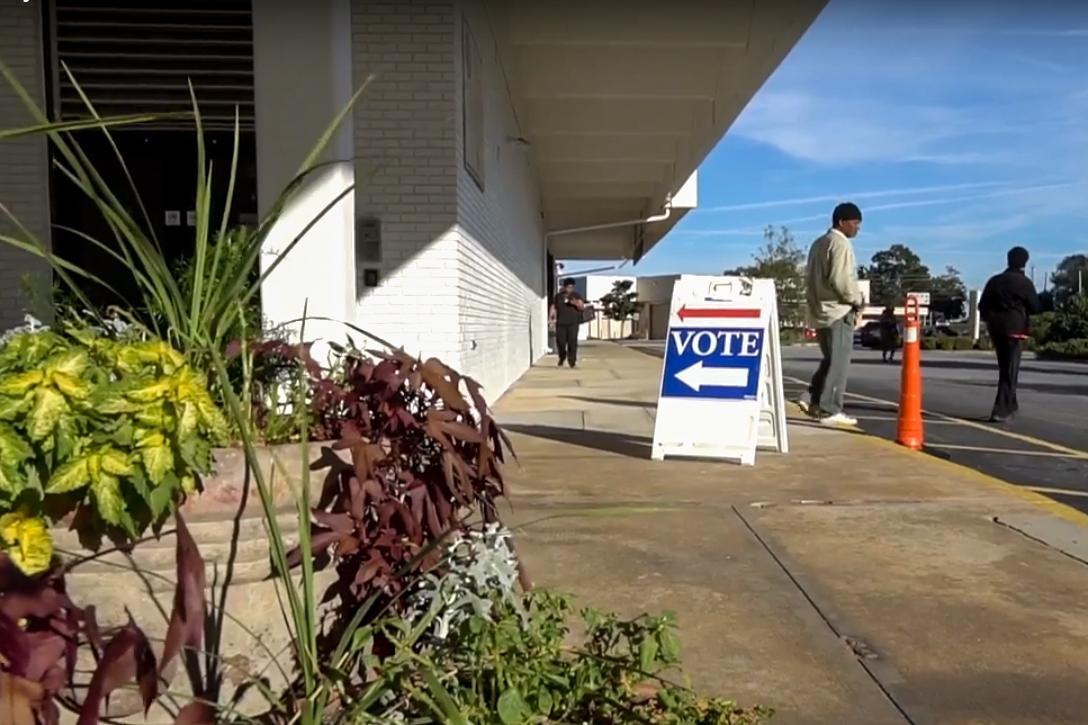 Early signs are not encouraging. Consider the nationally watched, dead-heat races in Georgia, where there’s no margin for error. Georgia’s election is being conducted on an outdated paperless touchscreen voting system that is widely understood to be unreliable, and where irregularities are undetectable.

All of Georgia’s 159 bipartisan county election boards already used a far more secure optical-scanner, paper ballot system to tally absentee ballots. All of these boards had the authority to use their paper-based, optical-scanner system for in-person voting, and thus create a recountable and auditable record of all votes cast in today’s election. Yet not one board chose to do so.

Instead, every county chose to stick with the unauditable paperless system. Anticipating a hotly contested and close election, every local county election board turned its back on the repeated warnings of dozens of agencies, all voting system experts, Congress, and a federal court judge who warned that Georgia’s compromised system poses a real threat to constitutional voting rights.

If the election boards figured that no one would notice or care that they were abdicating their responsibility to keep voting fair and transparent, they were right. For the most part, voters did not attend the local election board meetings, nor did they attempt to lobby their local officials in favor of the more secure paper-based voting system. Instead, they apparently trusted the government to do it right.

Is it too late for the midterms? No. Voters can insist that their candidates and volunteers scrutinize the details of the reported results, the reported instances of machine malfunctions, pollbook errors, and provisional ballot accounting. Voters should demand that their candidates shake off the “sore loser” syndrome, speak up and demand accountability and recounts where appropriate.

Voters can attend local election board meetings and insist that questions be answered before results are certified. Voters can take back their long-dormant leadership role and exercise citizen oversight over elections, as intended in our nation’s electoral scheme.

In Georgia, several dead-heat statewide races appear to be going to a December runoff. Voters can demand that runoffs be an auditable, paper-ballot election counted by optical scanners and tested by postelection audits. The local authorities already have the power, and the equipment, and no additional funding is needed. Only the will is lacking.

Will 2018 be the year when voters’ apathy is reversed? Will voters’ engagement extend beyond dropping the ballot in the box — to demanding that their votes be counted as they intend? Courageous leaders must emerge to help voters demand that their voting rights are honored.

It’s not too late.

One response to “Shaking Off the Sore Loser Syndrome”