Since the 2016 presidential election, Indiana has purged nearly 500,000 voters from its rolls — about 10 percent of the total — and it would have been even more if a court had not stepped in.

Indiana is one of the states that has aggressively purged “inactive” voters from its rolls. That means those Hoosiers who had not voted in a couple consecutive elections and also not responded to a mailer the state sent out.

In addition, Indiana had already tightened its voter ID requirements, making it harder for low-income, non-drivers to vote, since it requires a visit to a local Bureau of Motor Vehicles office to secure an alternative ID — a barrier in cities like Fort Wayne that lack decent mass transit.

Karen Goldner, a former Fort Wayne city councilwoman doing supplementary reporting from Indiana for WhoWhatWhy, stopped by the Rousseau Center in Fort Wayne ahead of the midterms. She spoke with election board clerk Sharmella Morgan, who was working at one of five early voting locations in Allen County last weekend and told Goldner she saw several early voters turned away due to inadequate photo ID.

Based on her knowledge as a former Fort Wayne resident and Councilwoman, Goldner told WhoWhatWhy she did not think it would be easy for non-drivers to get to the Bureau of Motor Vehicles they were being directed to and back to the polls again to vote early or on Election Day.

In other words, a low-income resident in a city like Fort Wayne, who gets turned away for failure to produce a valid state driver’s license, may be up for navigating the city’s problematic public transportation system to get to the BMV, obtain an ID, and then get back to the polls — but there is also a good chance that this may be too burdensome or that they simply do not have the time or energy to do so.

Goldner characterizes this as voter suppression that is as “unremarkable and inconspicuous as an Indiana landscape.”

Photo credit: Click this link to do a current search: Google Trends.

In a phone interview, Greene County Daily World reporter Kristen Inman told WhoWhatWhy that she noticed a sharp decline in turnout during the 2018 primary election: only about one in five Greene County voters cast ballots. She investigated and concluded that both the purge and the new ID laws contributed to the sharp decline.

“I think [the voter roll purge] was definitely part of the downward trend for voter participation,” Inman said, referring to the drop in citizen participation following the purge as “insidious.”

In addition to the nearly 500,000 voters who were purged since 2016, Indiana’s Republicans also tried to kick thousands of additional voters off the rolls.

However, Judge Tanya Walton Pratt of the US District Court in Indianapolis granted an injunction that stopped a new state law that would have culled registration lists even further using the controversial Interstate Crosscheck program.

Crosscheck, devised by Kansas Secretary of State Kris Kobach, compares names of registered voters from across different states. However, it features an enormous error rate. 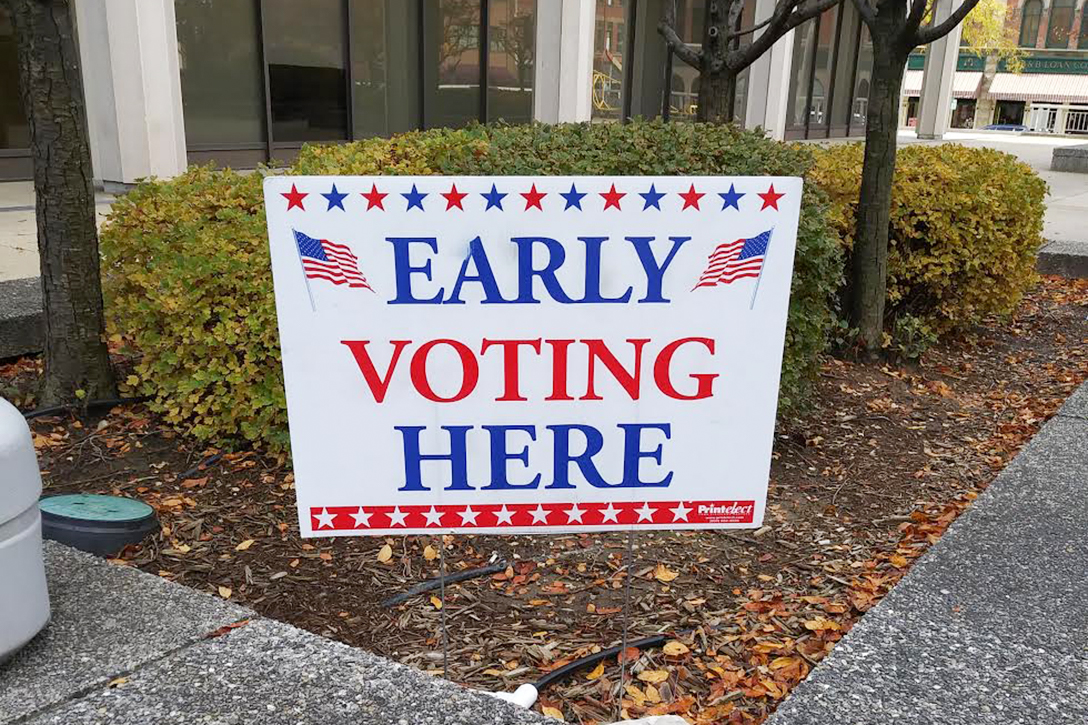 Researchers from Stanford University and the University of Pennsylvania found the likelihood that two ballots cast under the same first name, last name, and date of birth actually correspond to two different people very high.

The injunction passed in June stopped the law green-lighting the purge from going into effect and the statewide voter system, consequently, was never updated. The defendants, Secretary of State Connie Lawson and co-directors of the Indiana Election Division Bradley King and Angela Nussmeyer, have appealed and there will be a new ruling after the election. The plaintiffs are the Indiana State Conference of the National Association for the Advancement of Colored People (NAACP) and League of Women Voters of Indiana. Another lawsuit was filed by Common Cause. The Brennan Center, which advocates on behalf of the NAACP and the League of Women Voters, says an appeal is currently pending.